A MAN has revealed how he made bacon and cheese bread in the slow cooker and it looks absolutely mouthwatering.

He shared a photo of his cheesy creation on Facebook, and people have been drooling over it during lockdown. 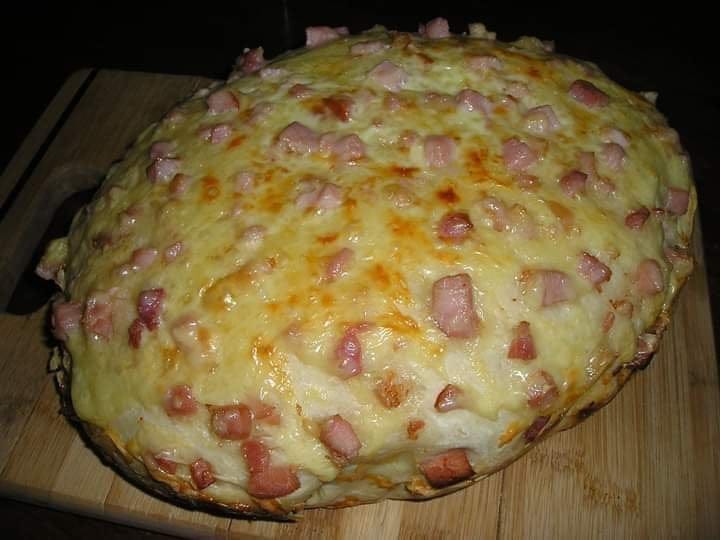 He added the caption: “Cheese and Bacon bread cooked in the slow cooker. Made using bread mix….Delicious.”

The amateur chef said he followed the instructions on his bread mix for a hand bake, and placed the dough in the slow cooker on low.

After it had risen, he sprinkled bacon and grated cheese on it before putting it back in the slow cooker on high for one and a half hours.

Since uploading his photo on the Crockpot/Slow Cooker Recipes & Tips group, hundreds of people have liked the post.

HOW TO MAKE CHEESY BACON BREAD IN A SLOW COOKER

Follow instructions on bread mix for a hand bake

Place the dough in the slow cooker on low.

After it has risen, sprinkle it with bacon and grated cheese before putting it back in the slow cooker on high for one and a half hours.

One person wrote: “Oh. My. Gosh. This group is about to make me so fat hahahaha.”

Another added: “omg that looks amazing.”

And one person raved: “That looks delish.”

If you don’t have bread mix to hand, the man shared how it can be achieved with three cups of self raising flour, two cups of warm water and half a teaspoon of salt.

You mix together the ingredients with whatever toppings you would like, from bacon, cheese, pineapple, to olives and onions.

Line the slow cooker with baking paper and then cook on high for around two hours, and then pop under the grill to crisps.

Previously, we shared how to make the perfect pizza in a slow cooker plus six other tasty meals as the 70s favourite makes a comeback.

And people are making amazing chocolate chip cakes in their slow cookers and you only need three ingredients.