A BRITISH radiographer desperately trying to get home and help the NHS battle coronavirus has been left stranded in the Philippines – after her flight was cancelled at the last minute.

Jessica Millican spent the last three months training as a free-diving instructor on Panglao Island, Bohol, before planning to return home and work in an NHS hospital.

The 27-year-old, from Herts, was due to fly back to Heathrow today but her Emirates flight was cancelled – and there are no more scheduled for at least two weeks.

Now she doesn't know how or when she will be able to return home, despite the Foreign and Commonwealth Office urging Brits to come home as soon as possible on Sunday, warning of possible airport and border closures amid the escalating pandemic.

Speaking exclusively to Fabulous, Jessica said: "In a couple of days I should have been back in the UK working in an NHS hospital.

"Instead I’m fighting to leave the country and being given misinformation by the tourist board and airlines. 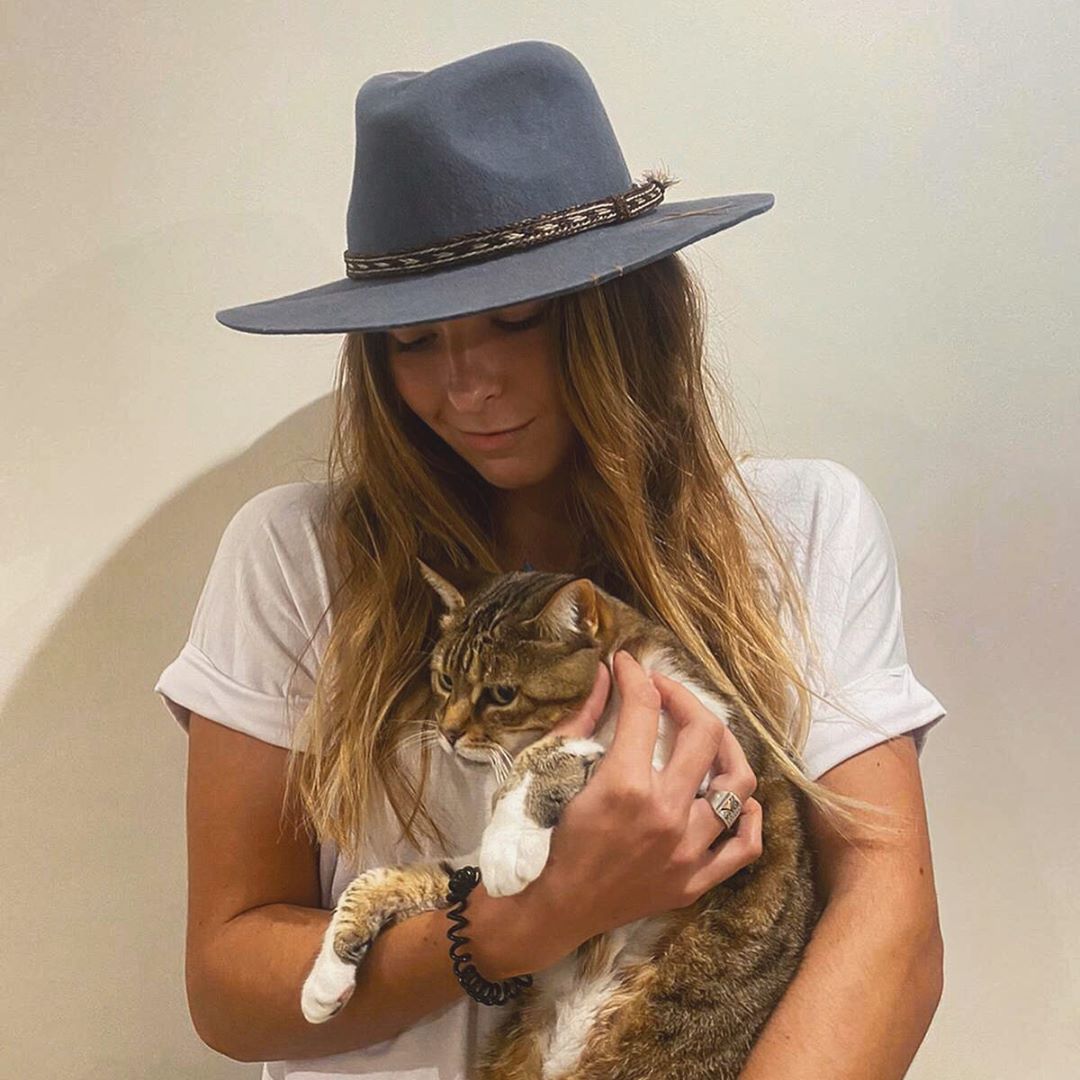 "When I found out what was happening in the UK, I knew I wanted to help the NHS in the coronavirus emergency.

"They’re facing an overwhelming crisis and need as many healthcare professionals as they can.

"They’re asking retired doctors to come back to work, but I think it’s better that I’m on the front line helping, rather than people who are at high risk.

"On Tuesday the Governor of Bohol, Arthur Yap, announced a lockdown on the island, ordering people to stay inside and only letting them out to buy food and medicine, visit hospitals and banks.

"All the shops are shutting, even some food shops, and because I thought I’d be leaving to come home in two days' time I didn’t stock up on essentials.

"I’m worried about my financial situation and being stuck on the island for a while.

"There aren’t a lot of places to stay as everywhere is closing and the places that are open have gone up in price."

In a couple of days I should have been back in the UK working in an NHS hospital. Instead I'm fighting to leave the country

In an email to the worried Brit, the British Embassy in Manila confirmed that "there are no plans to deploy repatriation flights from the UK" to the Philippines.

Jessica said: "I know people who have spent thousands on flights, hoping that at least one won’t be cancelled. They’re losing money but just want to get on a plane home."

Jessica, who has a degree in Radiography from University of Hertfordshire, worked in an NHS hospital for a year before flying to Asia to work as a diving instructor.

She first began to worry when she heard how COVID-19 was spreading within Europe – and that increasing numbers of Brits were being asked to work from home or self-isolate.

When she heard the first leg of her flight, from Cebu to Dubai, was cancelled, Jessica immediately called the airline to make alternative plans.

She said: "The person I spoke to on the online chat told me not to worry and that the flight was still going ahead. I was confused, but believed what the Emirates representative was saying.

"I checked with them two more times in the run up to my flight, and each time they confirmed it was still happening."

But on Monday afternoon, three days before her flight, Jessica got a message from a friend who she was supposed to be travelling with, saying that all Emirates flights had been cancelled from Cebu from the 25th onwards.

She said: "I couldn’t believe it. I’d been told three times by Emirates’ representatives that the flight was still going ahead.

"I was livid, I only received an email from them about the cancellation a couple of days later when they confirmed that the second stretch, Dubai to London, was cancelled too."

One of many Brits stuck in the Philippines, Jessica says some European nationals have started buying multiple expensive fights in the hope of leaving Asia.

She said: "People are so desperate to get home they’re buying more than one flight at over £1,000 each and taking a gamble on which will go ahead and which will be cancelled.

"Travellers are queuing for days at airports to get on a ‘sweeper’ planes back home.

"There’s a lot of admin work that needs to be done before boarding a flight but they don’t care, they’re so desperate to leave."

On Monday, foreign secretary Dominic Raab called for up to a million Brits abroad to return home immediately.

But Tory MP Caroline Nokes said it was "empty words" for many Brits – who faced airport closures, cancelled flights and had already been trying to get home for up to two weeks.

Mr Raab said officials were working "night and day" with other governments and airlines to put urgent arrangements into place – with help coming to those in Peru, Singapore, Australia and New Zealand – in parliament this week.

But thousands of others will still be left stranded – some miles from airports and facing closing accommodation.

For those British nationals running out money, Mr Raab said that the Foreign Office, as a last resort, could provide emergency loans.

Even before going into lockdown on Tuesday, the Philippines was under a curfew, meaning it was difficult for Jessica to go anywhere under the strict rules.

She said: "Even though the country didn’t enforce lockdown until Tuesday, there was just a curfew, we were as good as in a lockdown as we couldn’t go anywhere.

"Now lockdown has been announced, everywhere is closing. Even the diving centre where I did my course has shut until April 14 and we’re not allowed into the ocean.

"The local airport, Panglao, has been closed for two weeks, so we can’t fly from there and even if we did get a ferry to Cebu city, they’re not letting anyone disembark.

"It felt like we were on lockdown before, as we couldn’t leave the island because we had nowhere to go. But now it’s going to get even more difficult to move around."

Bohol Governor, Arthur Yap, recently extended the quarantine and curfew until April 12. Tourists and residents aren't allowed to leave their accommodation from 9pm to 5am under the rules.

This is proving to be a big problem for Jessica and other people trying to return home.

She said: "To travel to Cebu airport, which is where we would fly home from, I need to get a private taxi for two hours to Tubigon, then a ferry for an hour to Cebu before waiting there to catch my flight.

"But there is only one ferry a day from Panglao to Cebu and that’s at 6am. One hour isn’t long enough to make the two hour journey and travel through six checkpoints to the ferry port."

After days of speaking to officials from Bohol’s tourist board and Manila’s British Embassy, Jessica managed to piece together the information to establish what she needed to do to get home.

She said: "I’d need to book the flight first, even though there aren’t any, then drive half an hour to get a medical test to show I haven't got coronavirus and show them confirmation that I have a flight within 48 hours of that medical.

"But during the medical exam, the nurses don’t do any tests or take your temperature, all they do is write down your details. It’s really worrying.

"On the day of your flight, you need to get the 6am ferry from Tubigon.But you can't be travelling from 9pm to 5am as it’s out of curfew.

"So you'd have to go the night before, but there is no accommodation as everywhere is closed. I’d need to sleep in the ferry port overnight.

"The day before my flight, I'd have to get the medical done and book a private taxi as public transport isn’t accepted through the checkpoints.

"After arriving in the ferry port in the afternoon and staying there overnight, I’d get on the ferry to go to Cebu and then be escorted by a government vehicle straight to Cebu, where I’d stay in the airport for my flight.

Jessica is now desperately trying to get on a rescue flight on Saturday, which is being organised by the Polish government to fly to Warsaw via Manila.

In an email to their customers, Emirates said that they were suspending all services for two weeks starting from yesterday.

Jessica said: "I’ve seen in the news the British government is urging people to return home – but there’s no way for us to do that and the Gov.uk website says that they’re not able to repatriate British nationals during a pandemic.

"Czech Republic, Poland, the USA and even Vietnam are all sending in rescue flights to bring their citizens home – so why can’t the UK do the same?

"There are over 100 British people that I know of who are currently stranded here, unable to leave.

"Being in a third-world country while a pandemic is happening is really scary, the islands don’t have the same infrastructure to cope with coronavirus as Europe.

"People think that being stranded in paradise must be amazing, but in the coronavirus pandemic it couldn't be further from the truth."

We previously spoke to three nurses who were stranded abroad and begged for help to come home to treat coronavirus patients.