A PROPOSAL at Disneyland has been slammed as ‘cheesy’ after a couple got engaged in front of the castle – while another bloke got down on one knee in the background.

Millions of women dream about getting engaged at the fairytale resort, but it seems the destination has proved too popular after one couple were photobombed by another bloke on one knee. 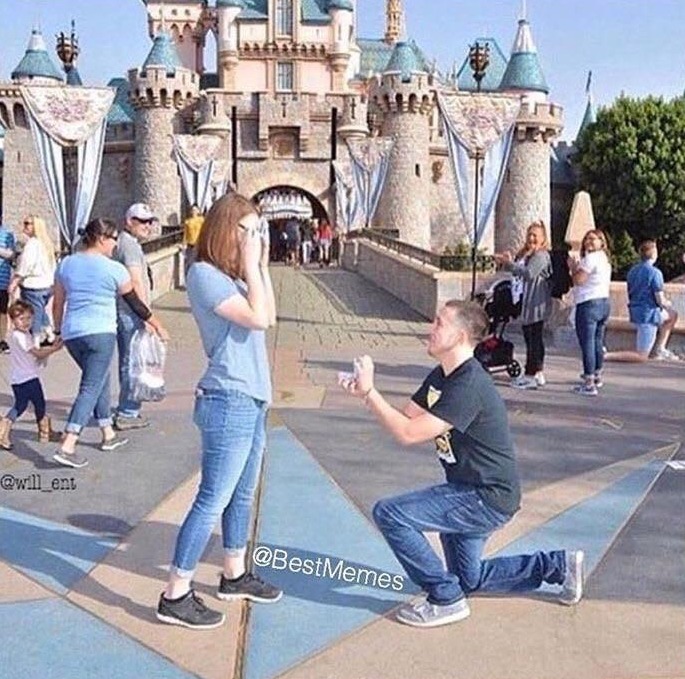 The snap has gone viral after it captured the double proposal, with people slamming it as ‘cheesy’ and ‘unoriginal’.

The photo was uploaded to Facebook group That’s It I’m Proposal Shaming, where it was captioned: “When you get the prime spot so the guy at the back has to propose by a bench.”

More than 2,000 people have reacted to the snap, with one person saying: “If I were the guy in the back I'd pick a different spot."

Another asked: “Why not wait an hour and come back or do it the next day. I don't get it.” 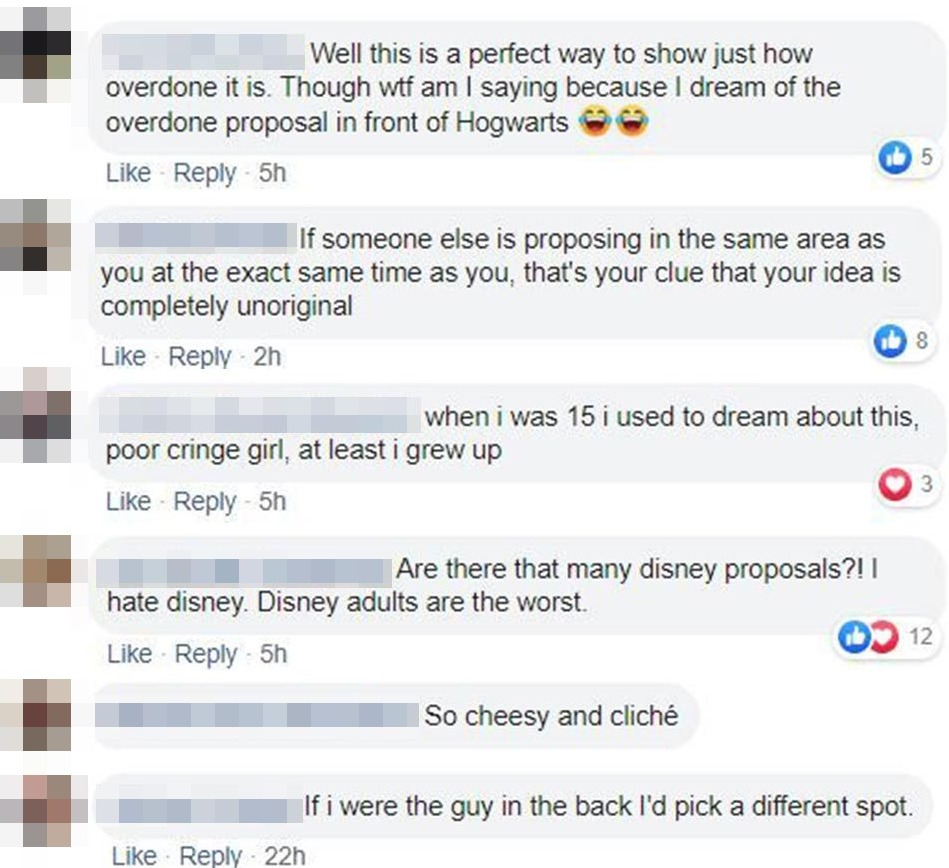 This person wrote: “So cheesy and cliché."

A third commented: “If you're gonna get engaged at Disney at least pick somewhere not so common lol.”

So cheesy and cliché

Someone else thought: “If bench guy wanted to propose there he could have just waited five minutes for them to move.”

While this person added: “If someone else is proposing in the same area as you at the exact same time as you, that's your clue that your idea is completely unoriginal.”

Meanwhile this mother-of-the groom wears a ‘wedding dress’ to her son’s big day & people reckon she looks just like the bride.

Plus guests were horrified as a wedding descends into carnage with the bride brawling in a field & guests passed out on the floor.

And a mother-of-the-bride slams daughter’s ‘clingy’ wedding gown for ‘showing pubic bone’ & warns her not to put on ANY weight.