Not long after she'd left home, she bent down to tie her shoe laces and in a flash became a ‘human fireball’ when two kids playing with a gas lantern close by dosed it in petrol, which caused it to explode. 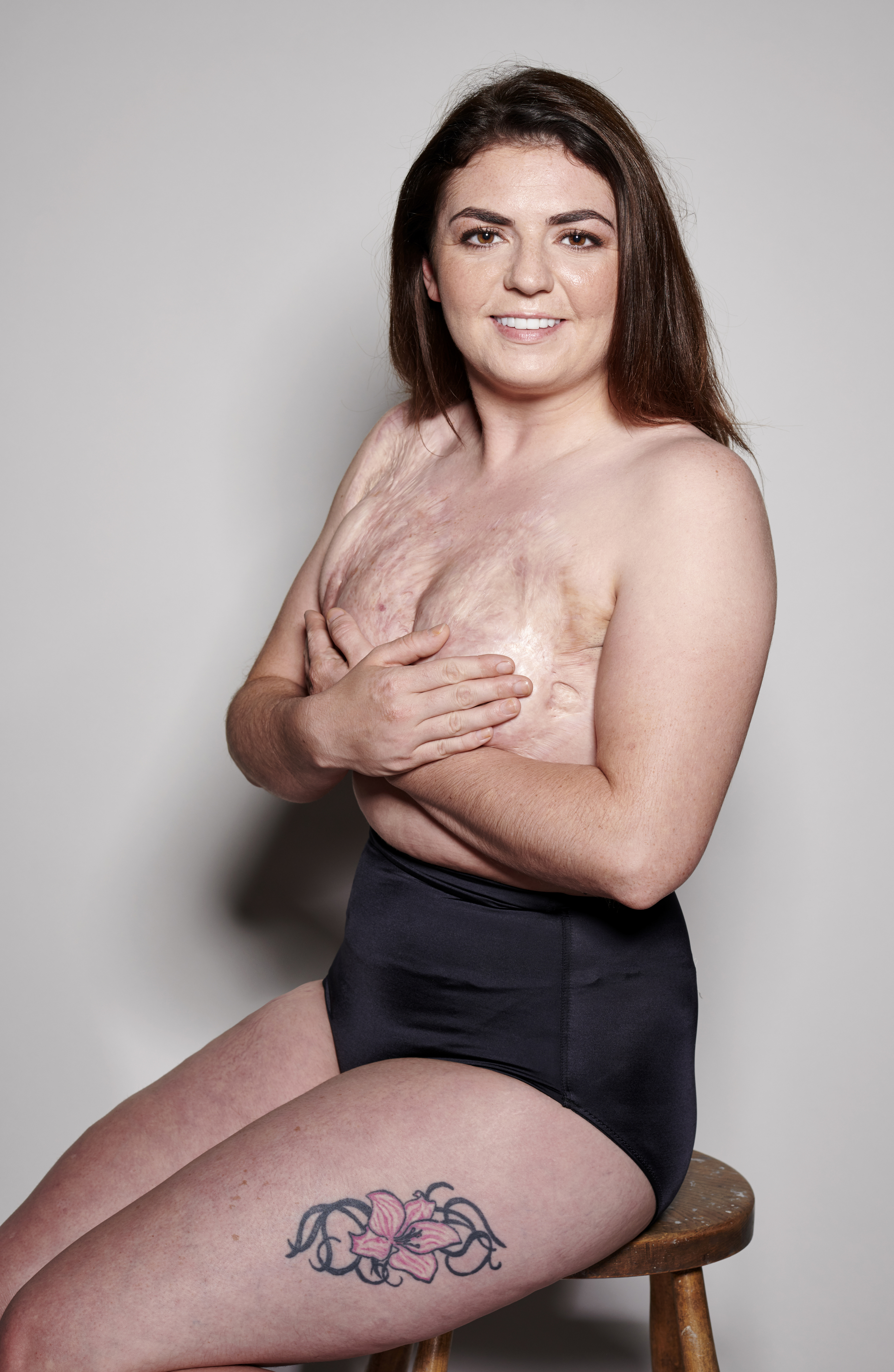 With her chest, face and neck soaked in fuel Sacha remembers how she ran down the street on fire and screaming as her sister made her roll on the pavement and her mum threw water on her, hoping the flames would subside.

Eventually they did, but Sacha was rushed to Swansea hospital, put in a coma for nine weeks and left scarred for life.

Here, having been told she’d never develop breasts or have a ‘normal’ chest, the 27-year-old mum-of-one from Cardiff, has bravely joined our Going Bust series – which is raising women’s confidence in their boobs – to tell her story.

“As a kid, I was always bubbly, bright, outgoing and did well at school but my life changed dramatically when I went out the back of my mum’s house to pick up some things from the local shop. 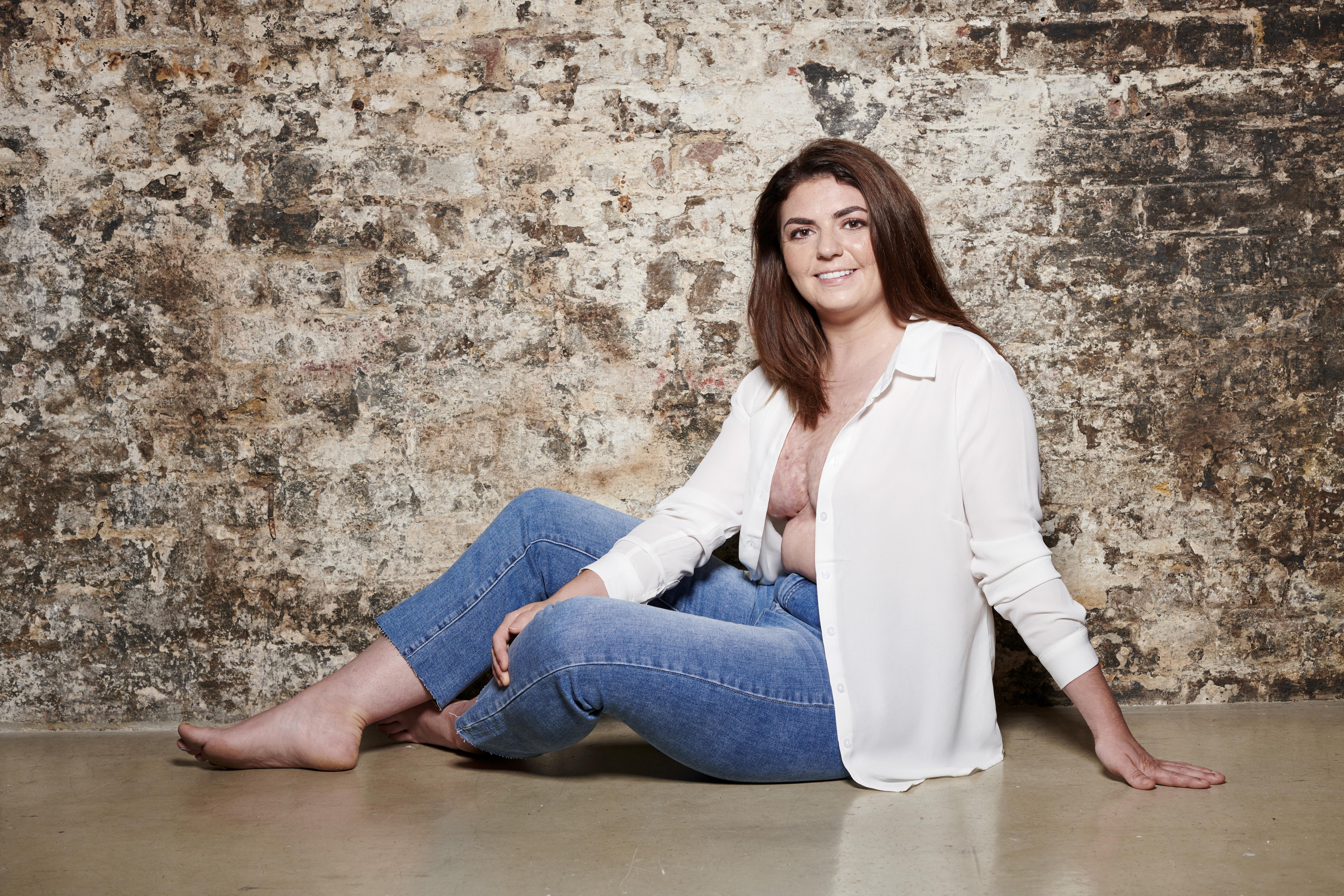 “I didn’t see them, but two kids were playing with a gas canister nearby and had set it alight. As I stopped to tie my laces, they threw petrol on it to see what would happen and it exploded and engulfed me in flames.

“I was nine at the time and don’t remember much but I remember snippets of being in the ambulance just wanting to go to sleep so I couldn’t feel the excruciating pain burning on my chest.”

Sacha was taken to Swansea hospital where she was in a coma for nine weeks. She then remained in hospital for a year and a half and has had 60 surgeries over the years to rebuild her burnt body.

I’ve had liposuction on my bum, legs and back via and had that fat put it in my chest to give the appearance of breasts

But it wasn’t until the age of 20, when she became a mum to son Lucien, that she even considered having aesthetic work done to her boobs and chest.

“I was always told I’d never develop boobs like a ‘normal’  woman so going through puberty wasn’t a huge change for me.

"My boobs didn’t grow and, due to the burns, my nipples were still the same as they were when I was nine. But things changed after I had my son Lucien, who is now seven. 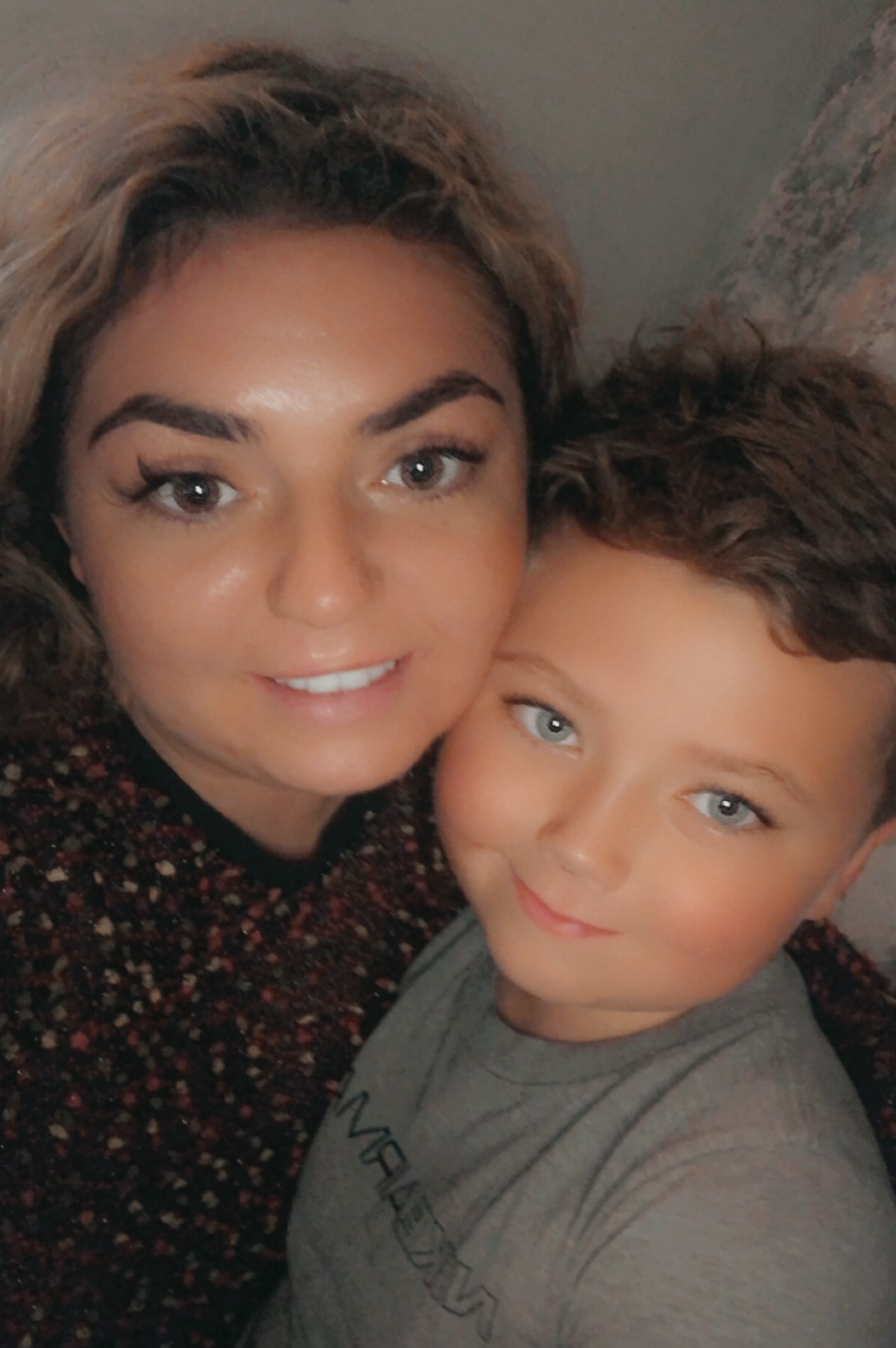 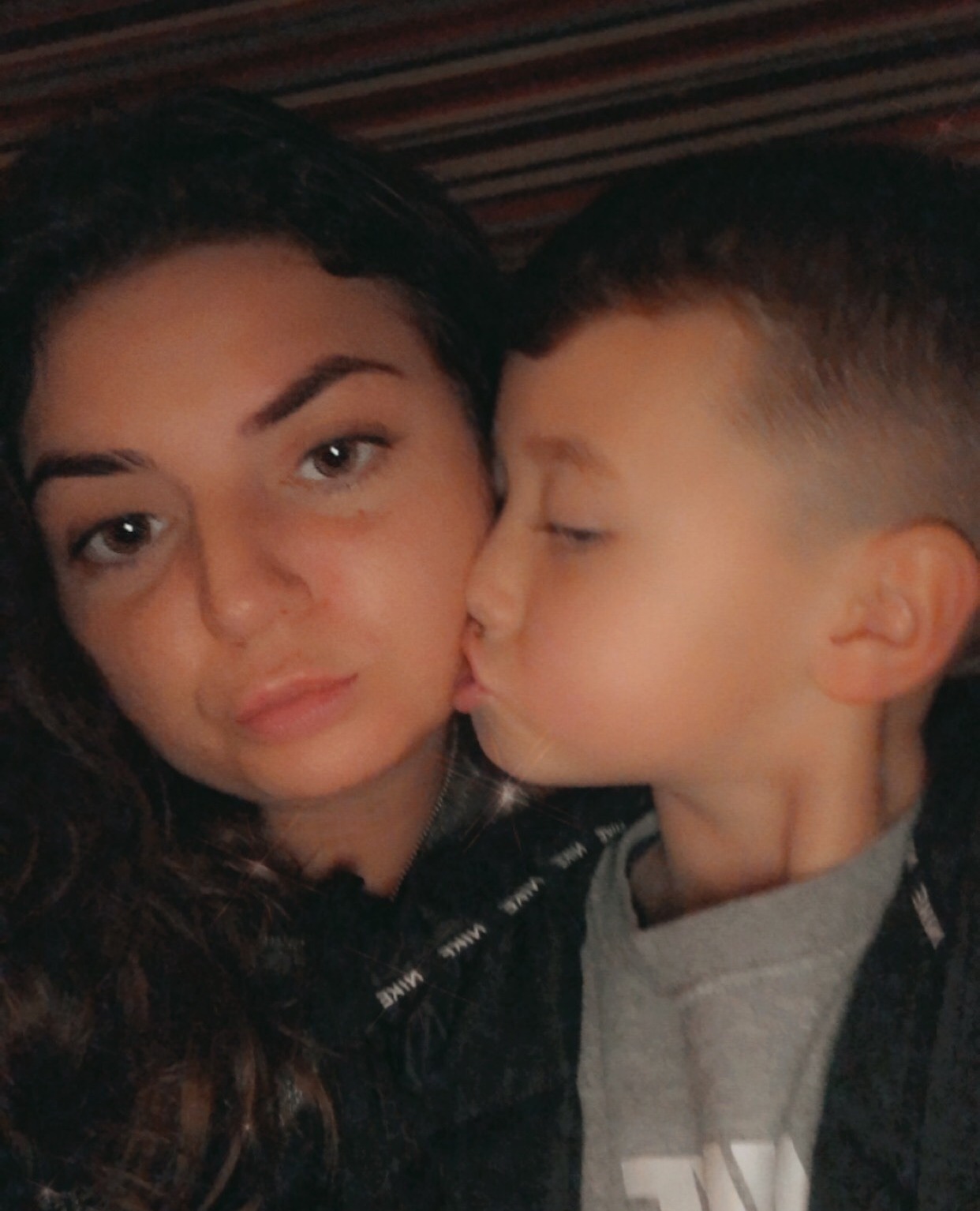 “I knew I’d never be able to breastfeed him – which broke my heart because I wanted that bonding time with him – but not long after he was born, I noticed milk was coming out of one of my nipples and I was amazed that they were still working.

“I’d spent my teenage years covering up in football t-shirts and telling surgeons I didn’t want any more surgery, especially not my boobs done – but this was the first time I’d felt womanly and thought twice about it.

“I knew I didn’t want implants, but after consultations with my surgeon I decided to have fat transferred from my own body into my chest to give me more shape. 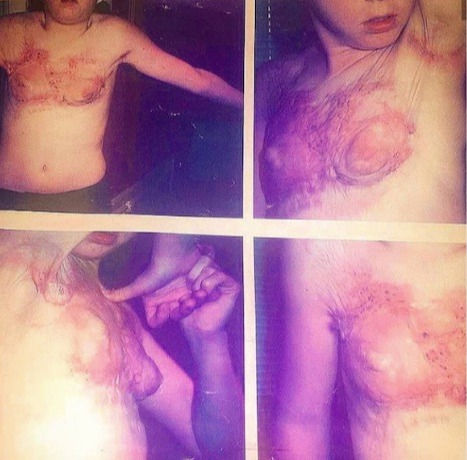 “I’ve had it done four times now. They use liposuction on my bum, legs and back and the fat is then put it in my chest to give the appearance of breasts.

"While I can never really wear a normal bra – mainly because it cuts my scars  – I’m around a C cup now and it’s given me more confidence.

“It doesn’t matter what size your boobs are – they could be small, they could be big – but it feels like a necessity for me as a woman and I’m so glad I now have them. 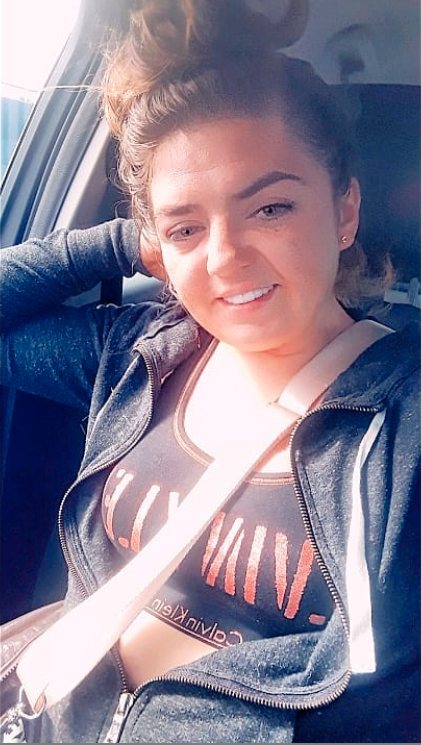 “My scars have always been a part of me, I’ve never been shy in showing them off, it’s never affected my sex life or anything like that. But now, after having that surgery, I’m just as confident in a bikini as I was in that football shirt years ago.

How to check for breast cancer: The 5 step self exam you can do at home

There is a five-step self exam you can do at home to check for any changes.

1. Begin by looking in a mirror, facing it with your arms on your hips and your shoulders straight.

You should be looking for any dimpling, puckering, bulging skin, redness, soreness, a rash or changes in the nipple.

2. Still looking in the mirror, raise both arms above your head and check for the same changes.

3. With your arms still above your head, check for any fluid coming from the nipples.

This can include milky, yellow or watery fluid, or blood.

4. While lying down use your opposite hand to check each breast.

Using a few fingers, keeping them flat and together, go in a small circular motion around your breasts.

Make sure you feel the entire breast by going top to bottom in these small circles.

It helps to develop a system or pattern to make sure every inch is covered.

5. Feel your breasts while either standing or sitting, using the same small circular motions.

“I still have down days though, but that’s come from how others treat me, not how I feel about myself.

"I went through an abusive relationship which has really knocked me. The guy I was with called me a burnt c*** all the time in front of my son and I began to see myself like that too.

“Thankfully, I’m now free from that man and getting the support I need but it’s taking time. 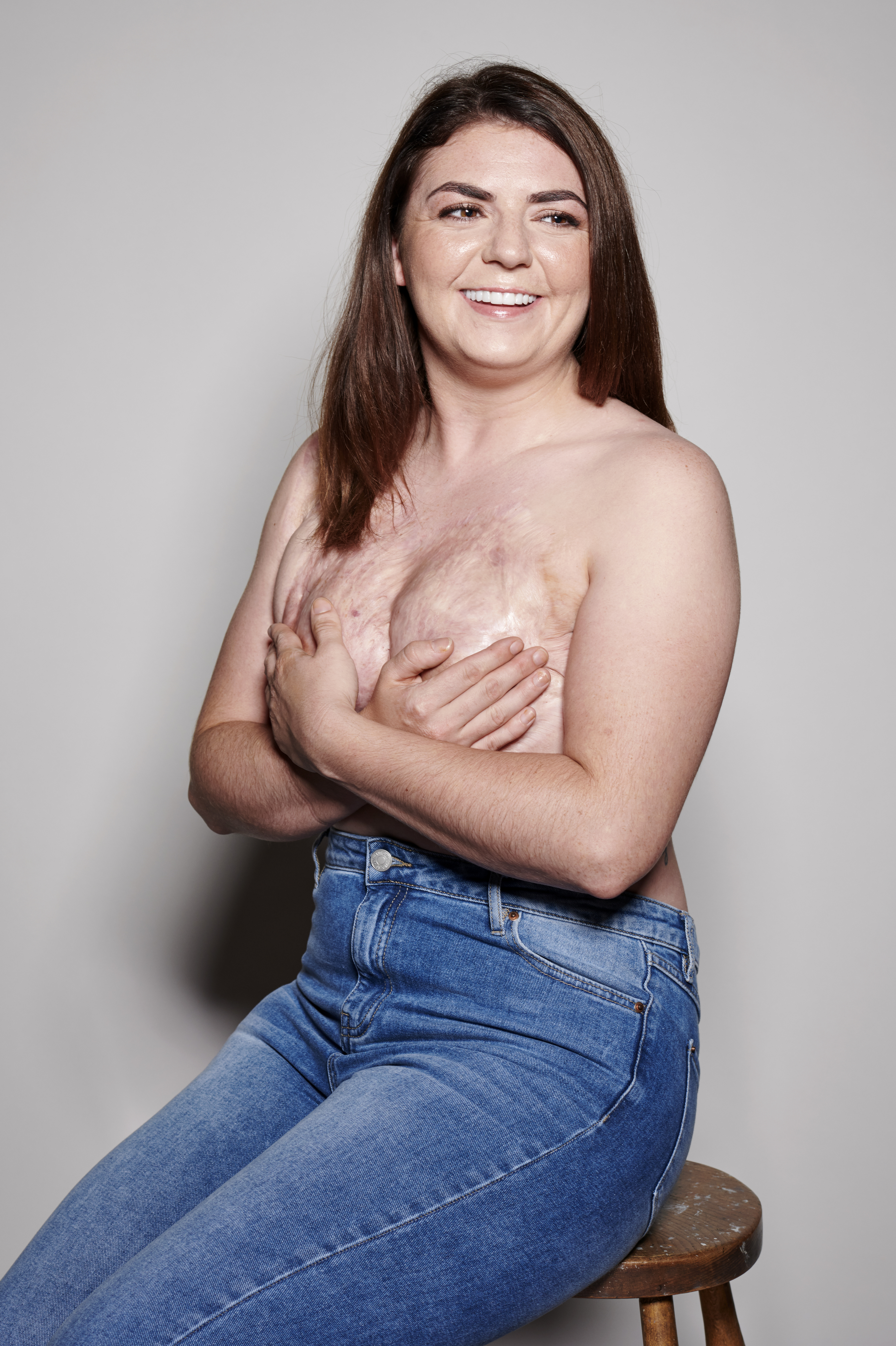 “One of my dreams I’m focusing on now is to make bras for people like me. I live in sport bras or Calvin Klein bralettes, because to get a bra that actually fits me perfectly and doesn’t rub my scars or cut me open costs about £250. I thought I might be able to claim it on the NHS – as they are often made for cancer patients – but they are very strict that it’s just for women who’ve had a mastectomy.

“I ended up buying one, after I’d spent weeks saving up because, after years of trying to find one that fit, when I tried that specially-made one on, I just cried. It made me so happy.

“I want other women and burn survivors to have that feeling without having to spend so much money on something like a bra.

"A bra and boobs might be a woman’s necessity – like it is for me – so all of us should have the chance at having that little bit of happiness.”

Meanwhile, in our Going Bust series, read about how Love Island's Laura Anderson has huge regrets about going under the knife.

Plus, former Page Three star Rhian Sugden talked about how she could retire on the money she made from her boobs but would love a reduction.

And finally, read about the woman who was branded a child abuser because she breastfed her daughters, aged seven and four, at the same time.