For Mark Weston, who’s been creative director of Dunhill since April 2017, the return provides the brand with “an opportunity to connect with London”  beyond the usual pre-BAFTA parties it hosted annually for emerging British actors before the pandemic.

The fall collection reflects the dramatic change in our lives. As a part of Weston’s mission to bring Dunhill to a new generation of younger audiences worldwide and get them hooked on the brand’s Britishness — “a certain attitude and set of values as well on a broad sense, a sense of sophisticated style, and particularly the celebration of the multiplicity of the contemporary London” — the new collection mixes relaxation and playfulness with tradition and modernity that reflect London’s evolving zeitgeist. 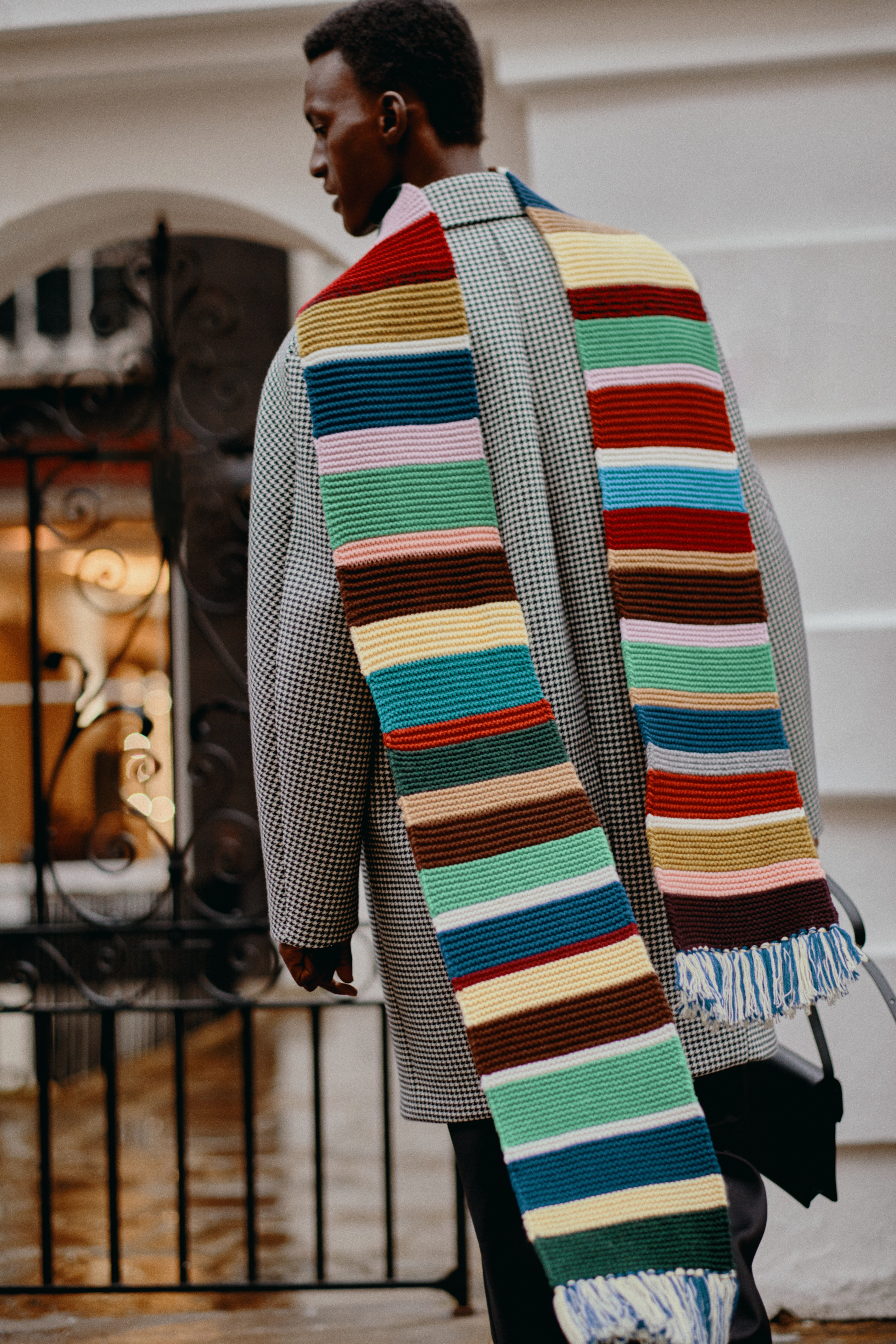 On top of the brand’s best-known tailoring pieces, and Weston’s signature wrap jacket and split hem trousers, the new collection also features cozy choices like an easy-to-wear multifunctional parka with a detachable bottom half, seen in the opening look; a colorful hand-knit jumper, and scarves that would make one shine during Zoom calls. Leather pieces are another highlight in the collection, whether it’s a marigold yellow trenchcoat, a navy mac coat or the dark mint shirt worn underneath.

“It’s definitely an evolution of where we’ve been, but it has a new confidence. Some sports elements, mixing a very British style, and I think that element of duality is sort of the codes of Dunhill. That contrast of traditional modernity, and there’s also there’s this notion of one thing turning into another as well,” Weston explained. A good example is the use of reversed silk jacquard in turtlenecks, cummerbund-shape bumbags.

While speculation has swirled over the past few years that Dunhill’s parent company Compagnie Financière Richemont was looking for a way out of the brand after decades of trying myriad strategies to turn it around, the changes that Weston has been making, both in design and communication, have helped do so.

Last month, the brand participated in Highsnobiety’s virtual exhibition “Not in Paris II.” With event posters all over Paris’ Le Marais area, Dunhill invited a diverse cast of people from different backgrounds — such as the Slam City Skates team’s Darius Trabalza, electronic musician James Lavelle and Japanese artist Kenta Cobayashi — to discuss life and creativity in the time of COVID-19, and their affinity and connection with the brand. 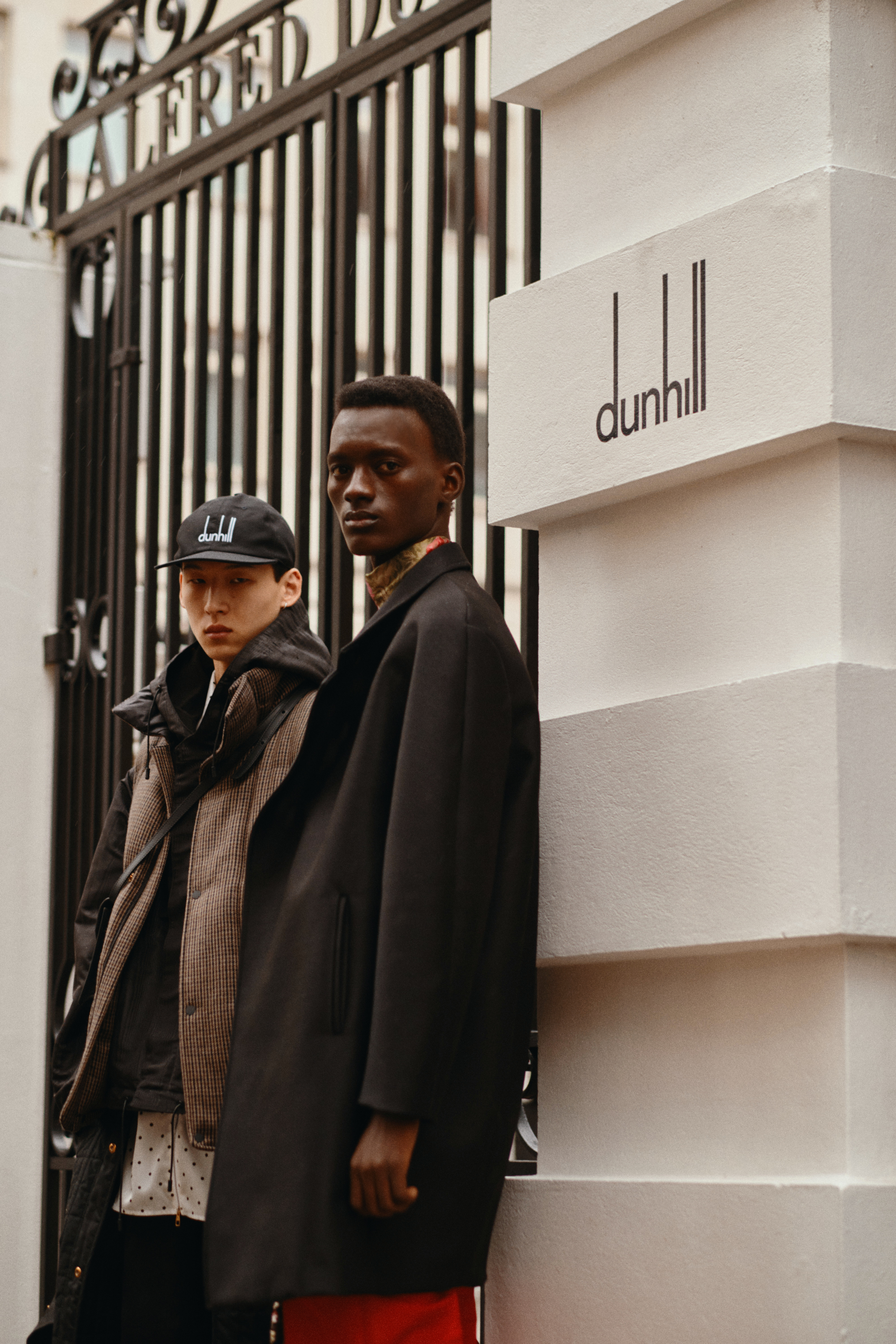 Weston described Dunhill as a facilitator. “To work with people, to celebrate them as creative individuals, I think that’s quite cool,” he said. “Ultimately I believe in real clothes on real people, and utility in function and elegance, so I think that’s a great example of that, and also that goes to show this new sense of how we want to talk about Dunhill and the strength that we have in our identity.”

For the American market, Kanye West wore a black leather blazer from the brand’s fall 2020 collection to attend the Vanity Fair Oscar party last year, helping Dunhill to create a powerful association with a community that’s previous not familiar with the brand.

“It was great to see his connection to our design aesthetic, interested in our cut and our sensibility.…This week we’ve seen people like Algee Smith, Shaun Ross and Yahya Abdul Mateen [wearing Dunhill]. I think it is exciting to see that what we’re doing is resonating with a diverse range of people,” he added.

In China, the brand’s biggest market and where the idea of gender is more fluid, Dunhill appointed popular actor Yang Yang as its brand ambassador, and highlighted female celebrities like Chris Lee, Ni Ni and Song Zu’er wearing its men’s wear design, expanding the brand’s appeal to China’s young and fashion-loving consumers. 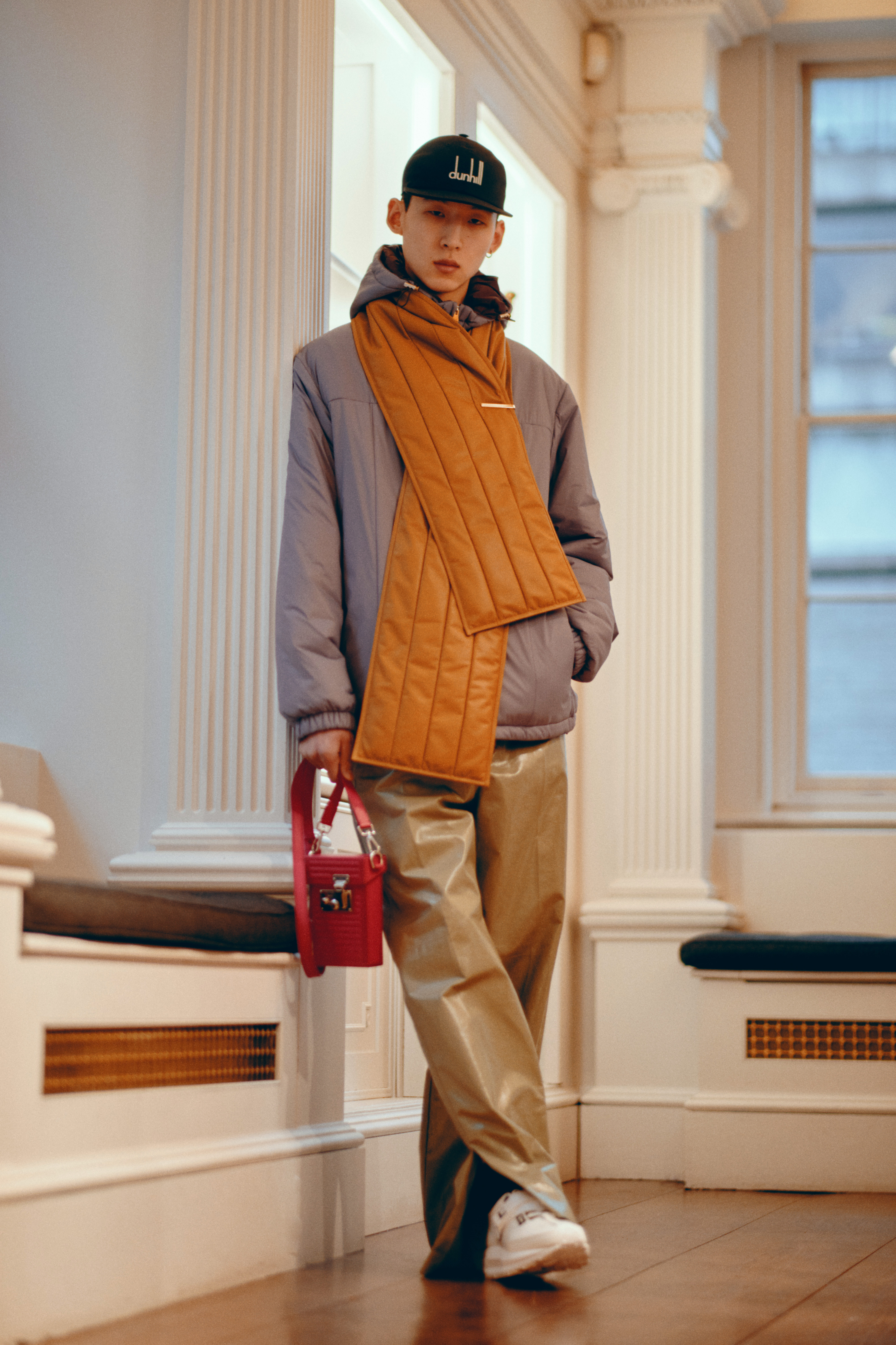 The company also launched its online flagship store with Tmall’s Luxury Pavilion last September to expand its access to Chinese customers beyond its existing retail footprint.

“I think Dunhill has good brand awareness in China, the market has been really embracing the new Dunhill more strongly compared to our other customers,” he said.

In all, Weston is encouraged that people are beginning to react to a changing image of Dunhill, which is becoming more relevant for today’s global consumers, while staying true to its British heritage.

Looking beyond the pandemic, he likes to think that the formalwear market, which has been devastated due to the lack of weddings, funerals and fine dining, will make a strong comeback, but in a less rigid and more playful, experimental fashion.

“I think it’s a case of adapting, and for me, tailoring is not dead. It’s far from dead. It will just take on a new guise, a new fusion of style and attitude,” he said.