The skateboarder, wearing a flannel shirt and black sneakers, glides a board plastered with stickers toward a kick-turn in a sun-dappled concrete bowl.

The image might seem like the embodiment of the shredding youth, but something is different. The skater looks noticeably risk-averse, wearing a full ensemble of pads and traveling at a speed not much faster than a grocery cart. With his graying hair and paternal air, he could pass for a clergyman.

Still, he’s out there, doing it. Never say that the Nirvana generation stopped rocking.

The scene is plucked from an AARP television spot to debut during Sunday’s Academy Awards telecast that targets Generation X, marking the over-50 advocacy organization’s splashiest effort yet to woo crowd-surfers and Walkman toters from the Lollapalooza days.

But please, do not call them old.

“People today, they could spend half their lives over 50,” coos a voice-over in the 30-second spot, the first of four produced by AARP with BBDO New York. In addition to Gen Xers, the spot also features a few younger baby boomers, doing tai chi and performing TikTok dances with their children (or perhaps grandchildren). “That’s a lot of living. So it helps to have a wise friend and fierce defender in your corner.”

The message may appeal to a youth-obsessed generation that is busy fine-tuning its 401(k) plans, while still getting tattoos, curating hip-hop playlists, and outfitting its children in Black Flag T-shirts.

The journey from golden youth toward golden years is a tough one for any generation, of course. But it is uniquely complicated for members of Generation X, who, in a way, have never wanted to grow up. 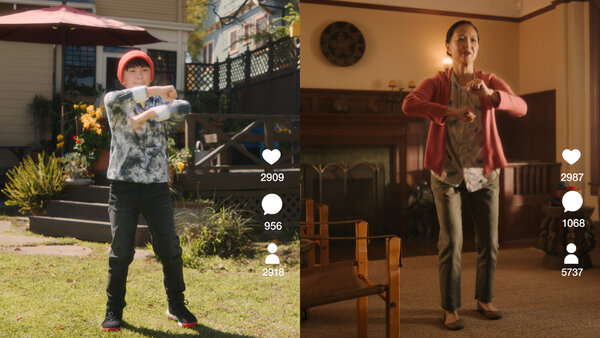 A relatively small cohort sandwiched between baby boomer and millennials, this demographic consisting of Americans born between 1965 and 1980 seemed to dominate the cultural conversation for only a brief stretch of the 1990s, when Seattle seemed like the music capital of the universe and “Gen X” served as shorthand for all things edgy and cool.

Mention “Generation X” these days, however, and a lot of people picture Winona Ryder rocking thrift-store chic in “Reality Bites,” that Fugees CD that everyone had, shirtless grunge rockers wearing knee-length cutoffs with Army boots, “latchkey children” and … not much else.

So far, Gen X has not produced a president (Beto, we hardly knew ye), although Vice President Kamala D. Harris, born in 1964, fits within looser definitions of the demographic. Stars who helped define the generation like Kurt Cobain and Tupac Shakur died long before they could join the oldies circuit.

If Generation X is considered jaded and aloof, you can see why.

This backdrop makes Gen X a unique challenge for AARP, even considering that the organization ditched the “retirement” part of its name decades ago. Some of that old skepticism remains, said Barbara Shipley, the senior vice president of brand integration at AARP who oversaw the campaign.

In the broadest terms, AARP market research found that members of Generation X tend to be more individualistic, not joiners and card-carriers, she said. They eschew mass-market blandness. And they are all too aware that the future is uncertain.

“Gen X’s life experiences have shaken their confidence, which puts added pressure on what already feels like a pressure-filled life,” Ms. Shipley said. “They suffered the Great Recession and the Covid-19 recession during their prime earning and saving years.”

Boomers, on the other hand, enjoyed “more stable relationships with financial institutions, were more likely to have access to pensions, and had greater confidence that Social Security would be a part of their retirement mix,” she added.

Generation X, in other words, never stopped hustling. This is one reason that AARP is focusing on wealth and entrepreneurship in a future spot, which comes with a counterintuitive tagline: “The younger you are, the more you need AARP.” The association also wants to publicize its mentorship programs for small businesses owners and innovation labs for start-ups that focus on people over 50.

And since the 20-somethings of the Clinton years famously were steeped in irony and edginess, AARP has attempted to speak their language.

A few years ago, it introduced a weekly newsletter targeting Gen X women called The Girlfriend, featuring sunny, whimsical graphics that recall Sassy magazine, and articles on grown-up slumber parties and mementos from the ’90s that “you should finally toss.”

The organization’s Instagram feed throws in the obligatory shots of Molly Ringwald and the Rubik’s Cube. But generally, AARP steers clear of the impression that Gen X is stuck in the past.

“I mean, I love ‘The Breakfast Club,’ don’t get me wrong,” said Ms. Shipley, a young Boomer herself with a staff of Gen Xers. “But one of the things we focused on is, ‘Let’s not just be about nostalgia.’ This is a group of people that are still finding new music, still like to be tastemakers and are still looking toward the future.”

The reigning clichés about Generation X, after all, are just that. Those so-called slackers who supposedly approached life with a collective shrug went on to pioneer the internet boom, advance issues like climate change and gay rights and, yes, sell out — meaning they forged careers, bought homes and raised families, just like adults of all generations.

And at midlife, they do not have the luxury of slowing down. “Their lives are crazy,” Ms. Shipley said. “They have kids and hockey practice and they’re caregiving for their parents. As they’re getting deeper into their 50s, we’re starting to see that there are a lot of similarities to baby boomers.”

In other words, it’s the end of the world as they know it, but they feel fine.