A GIRLFRIEND was left blushing after her boyfriend shared his very unusual way of testing out mattresses while bed shopping.

In the video, which has been shared on Twitter, the couple can be seen perusing the beds in a furniture store. 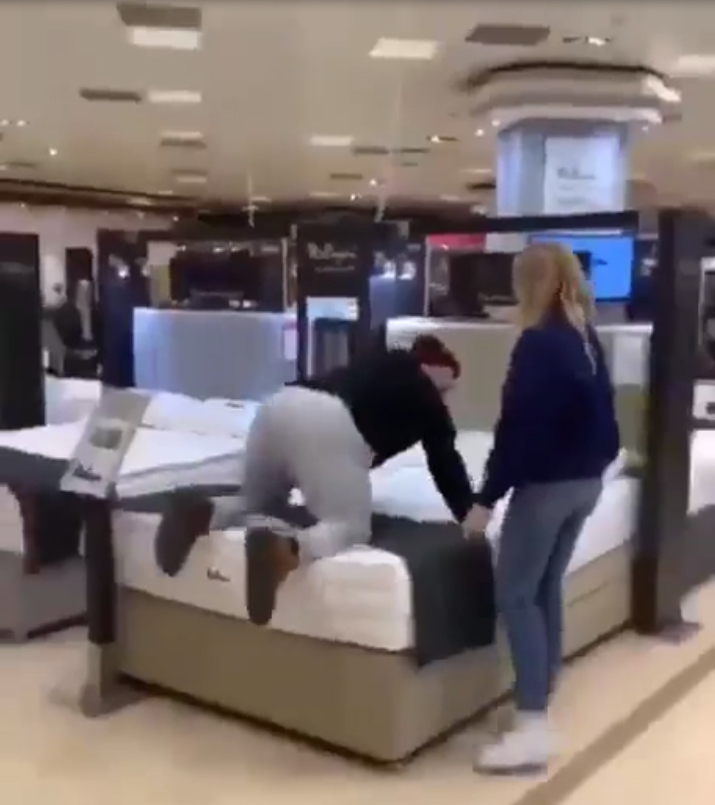 At one point the woman leans down to push on the mattress of one of the bed’s to test it’s firmness.

However, when it comes to her bloke he has a slightly different way of going about it.

He instead leaps onto the mattress before performing a humping motion on top of it, presumably to try out it’s…er, durability.

The camera then pans to his long-suffering girlfriend who looks completely mortified. 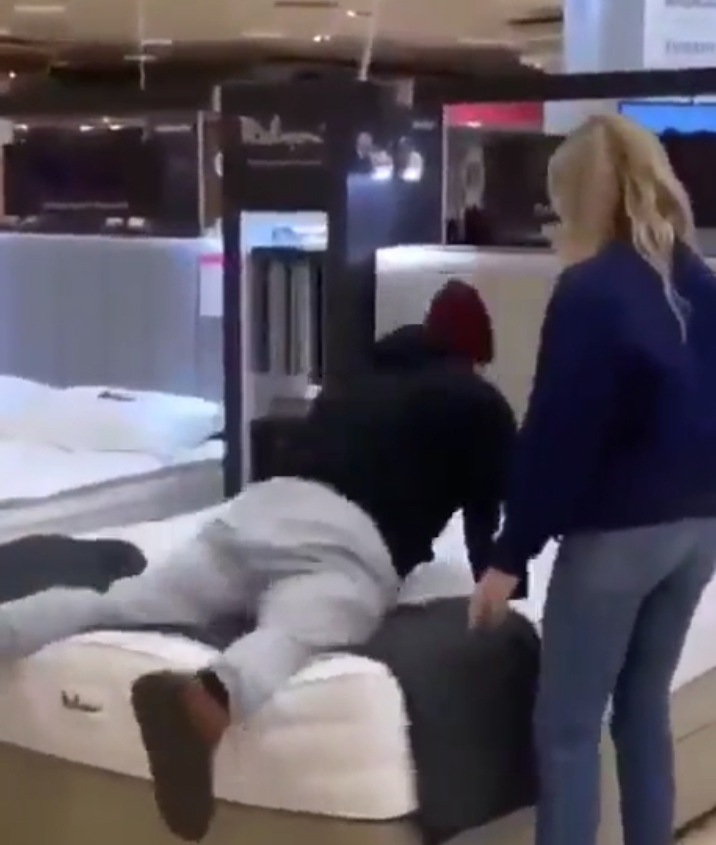 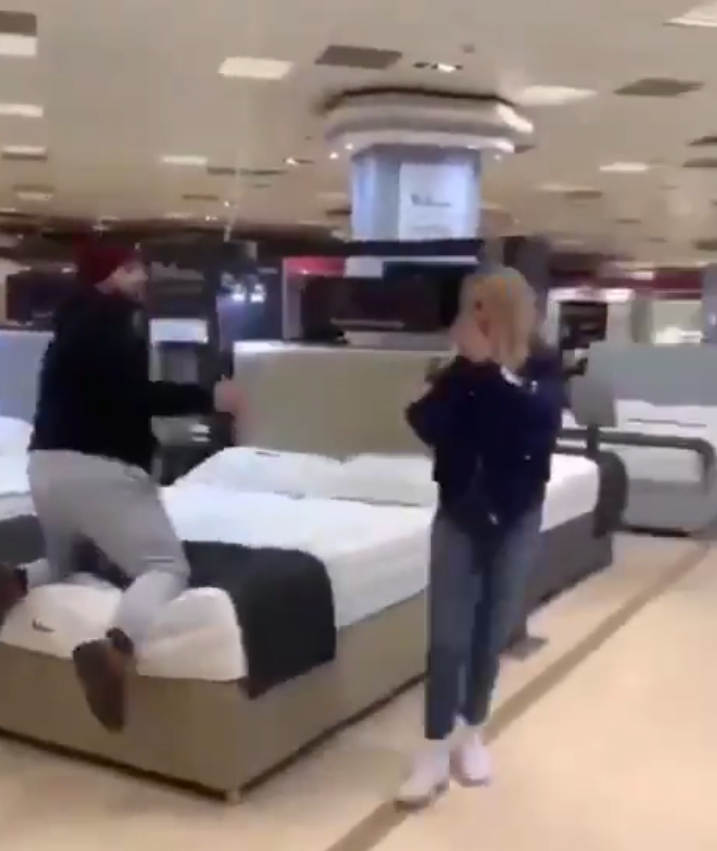 The incident was captured by a fellow shopper who can be heard saying, “what is he doing?”

The clip, which was shared by Twitter user Bonita, has since received almost 10,000 views leaving viewers in hysterics.

Commenting one joked: “Try before you buy.”

“Now that’s testing it out!” agreed another, while a third wrote, “That’s why you never by memory foam, no bounce back.”

In other relationship news, this woman penned a scathing letter to her ex who sent her a sex toy meant for his mistress.

And a bloke reveals why you should never ask "what are you looking for" while online dating and how it’s an instant turn off.

Plus, a woman warns you should AVOID "5ft 10ins guys" on dating apps… and they’re just one group she steers clear of.