WHEN Amy Smit imagined meeting her newborn son for the first time, she assumed she'd be cooing over him just like she did for her first child.

But as Amy caught her first glimpse of not-so-little Zagrys (who was already TWO foot tall), the words "b****y hell" just slipped right out her mouth. 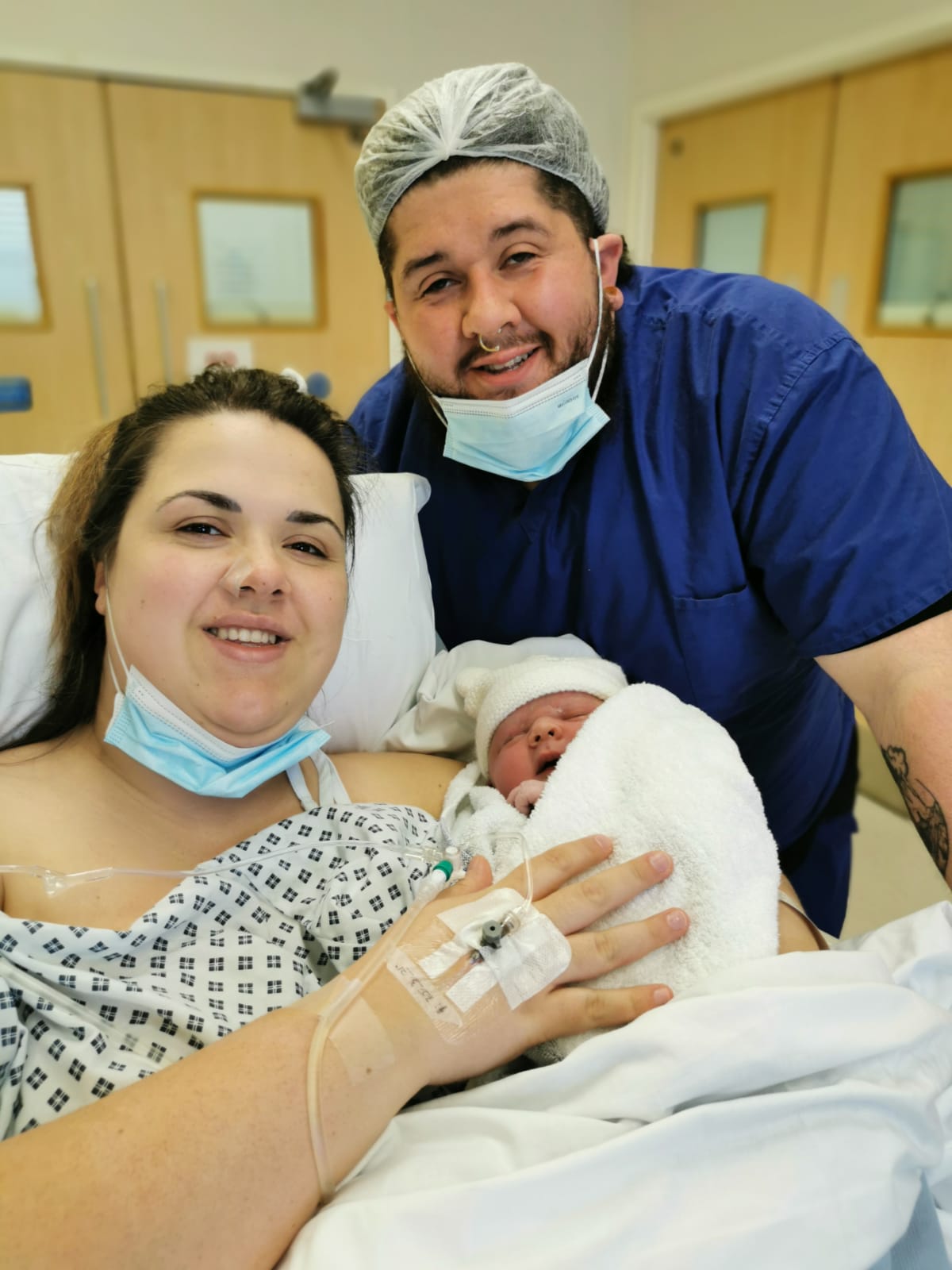 The 27-year-old, from Cheddington, Buckinghamshire, already knew her strapping lad was going to be on the larger side when she booked in for her C-Section on 25 March.

But never did the mum and partner Zac, 28, think their son was going to weigh a whopping 12lbs 9oz.

"We knew he was going to be a tall baby, because all the scans showed he was quite long, and both Zac and I are around the six-foot mark," Amy said. "But we had no idea he would be that big."

What's more, baby Zagrys even surpassed the doctors' expectations – and required TWO people to pull him out. 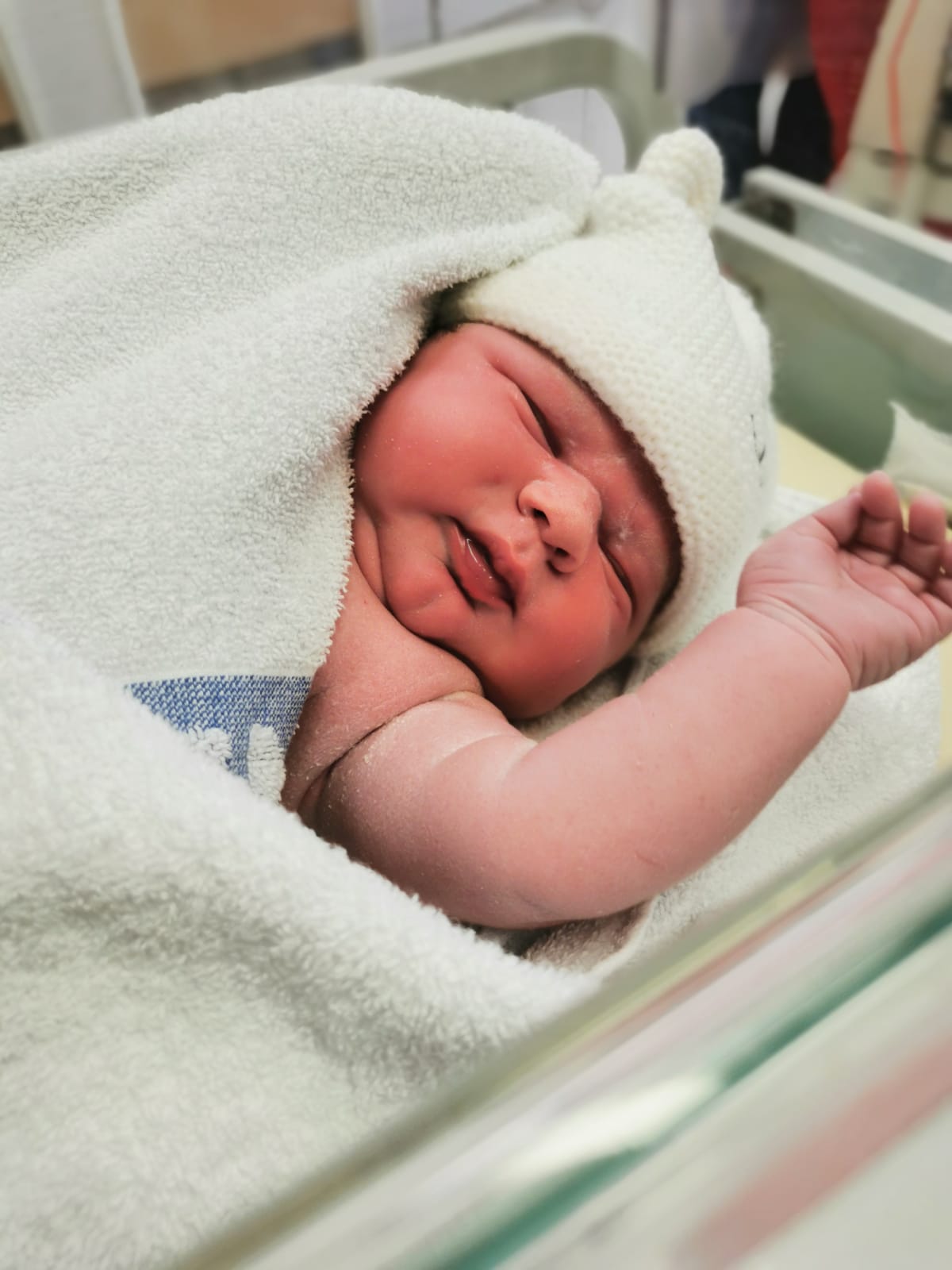 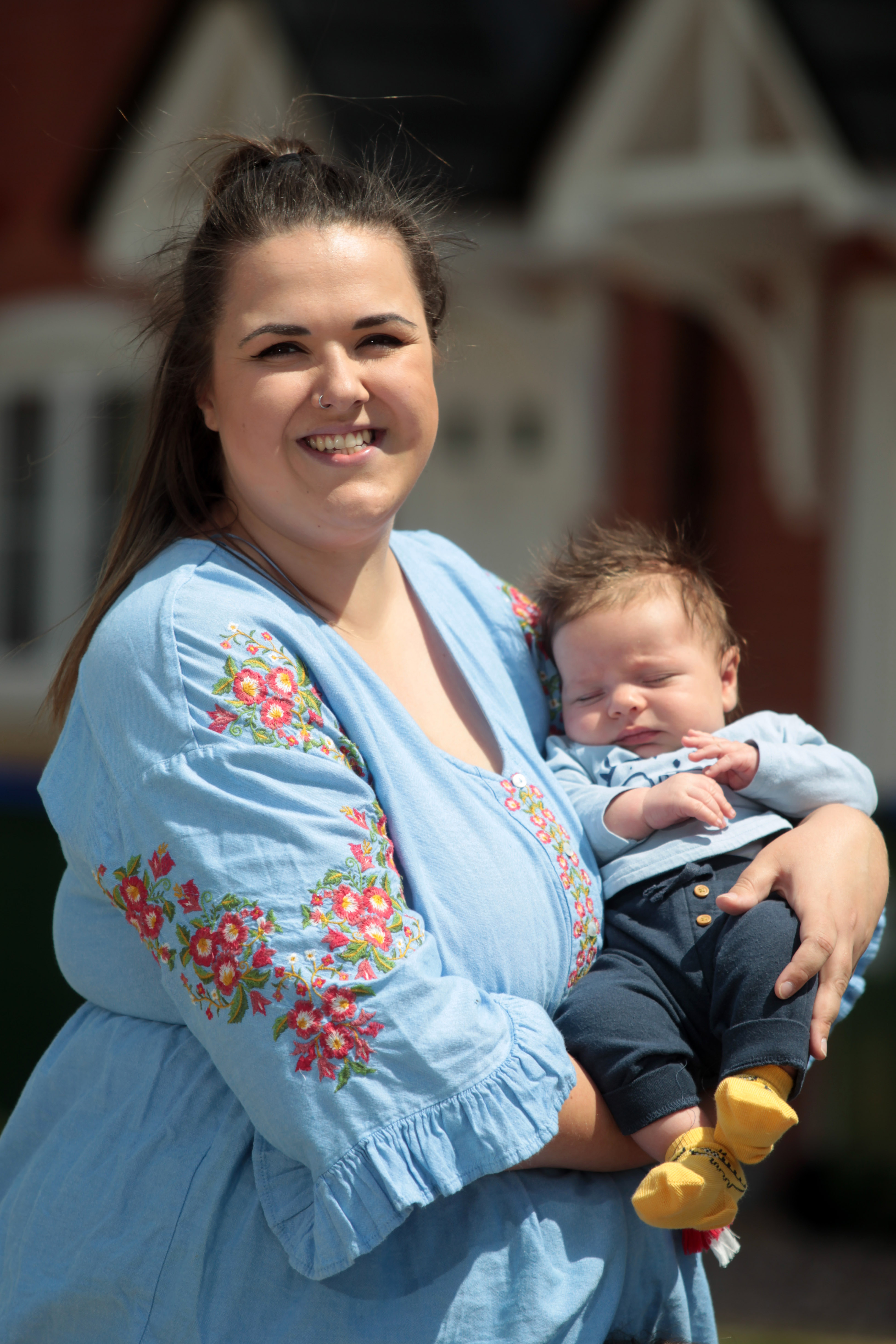 Amy continued: "There were all these really small ladies around me, and I heard one of them saying, 'I need some help, he's enormous'.

"He didn't even fit on the scales when they went to weigh him, he was too long and wide. They had to make a makeshift plank thing to balance him on them!"

Before the birth, forward-thinking Amy and Zac bought clothes big enough to fit a three-month old – but Zagrys didn't fit in any of them.

The mum added: "I had to send Zac out to buy six-nine month clothes for him!" 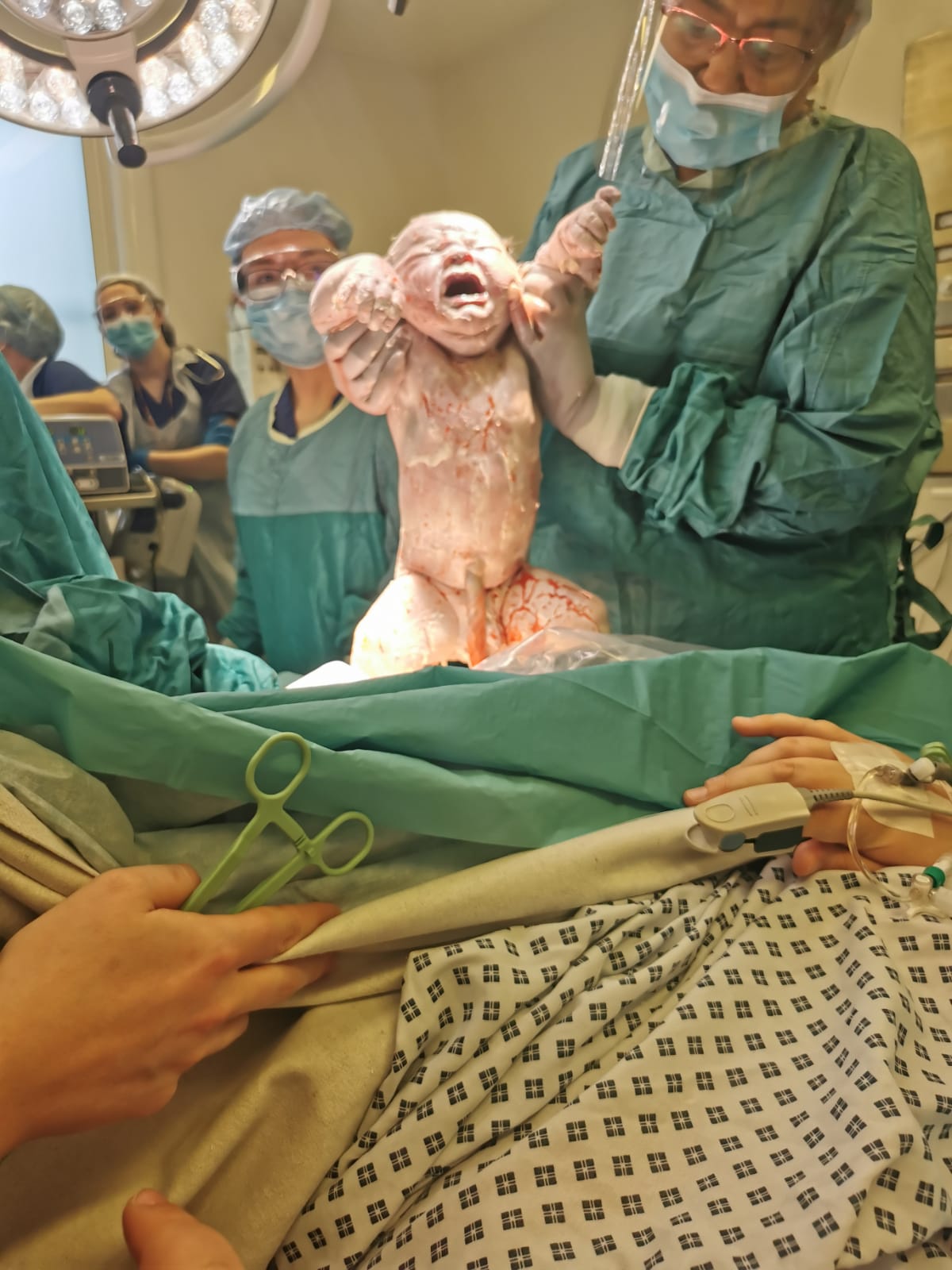 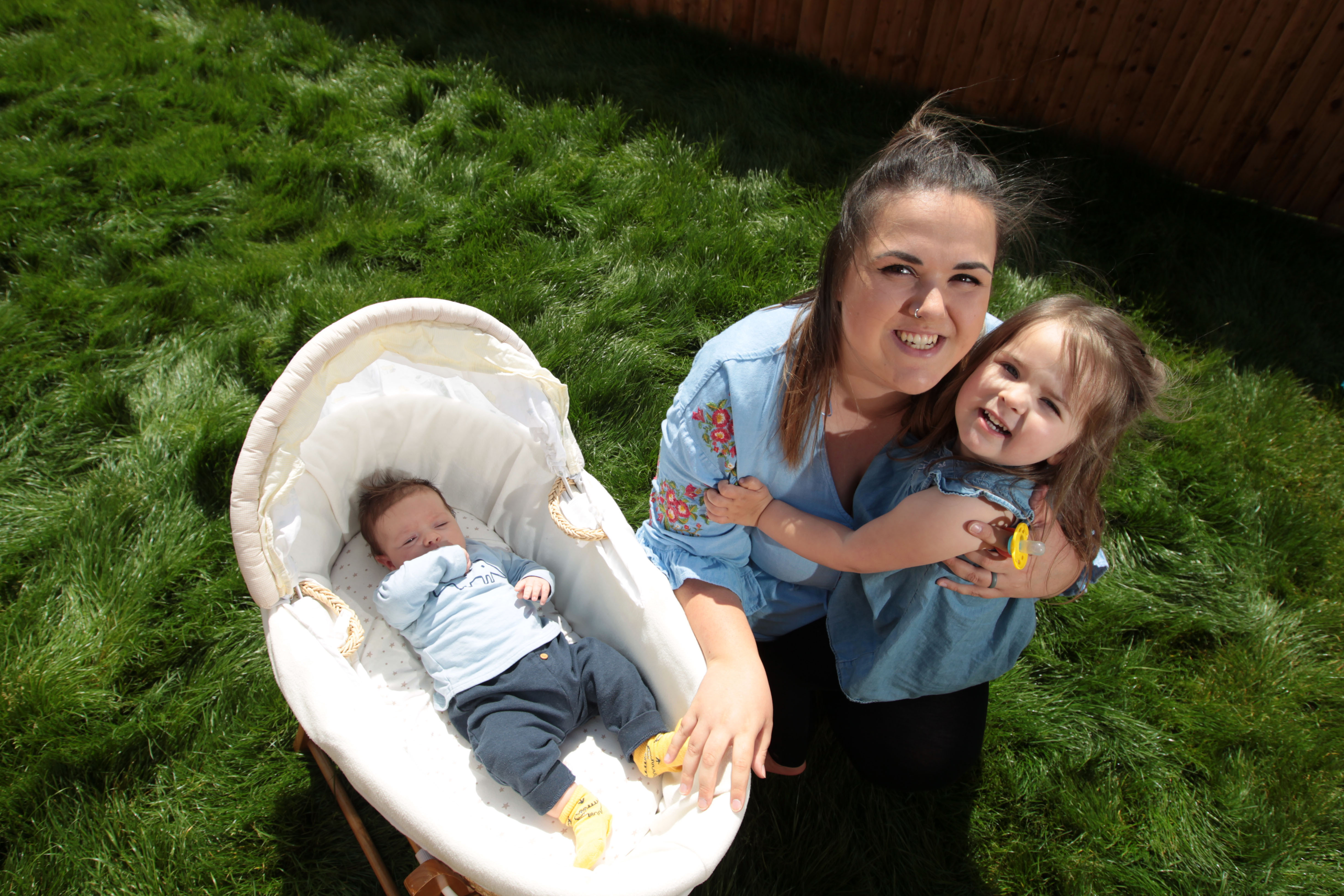 Before Zagrys arrived, the couple were expecting him to be a similar size to older sister Lola – who weighed 9lbs 2oz when she was born in September 2018.

However, the mum says she had dramatically different symptoms during both her pregnancies.

She added: "I just went off food. I never fancied any meals, I couldn't eat meat or anything.

"During my first pregnancy with Lola, I was snacking all day long, I couldn't stop eating. 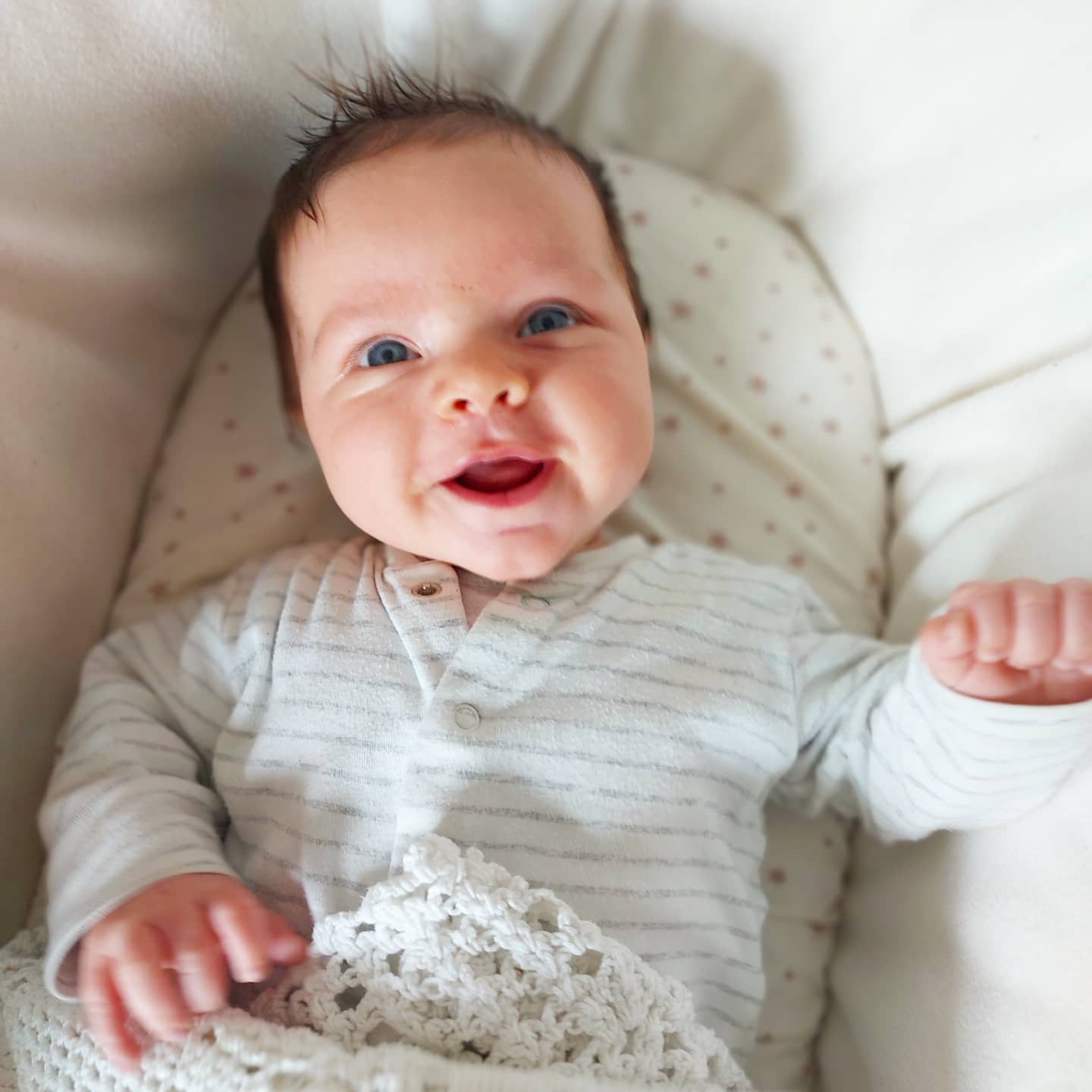 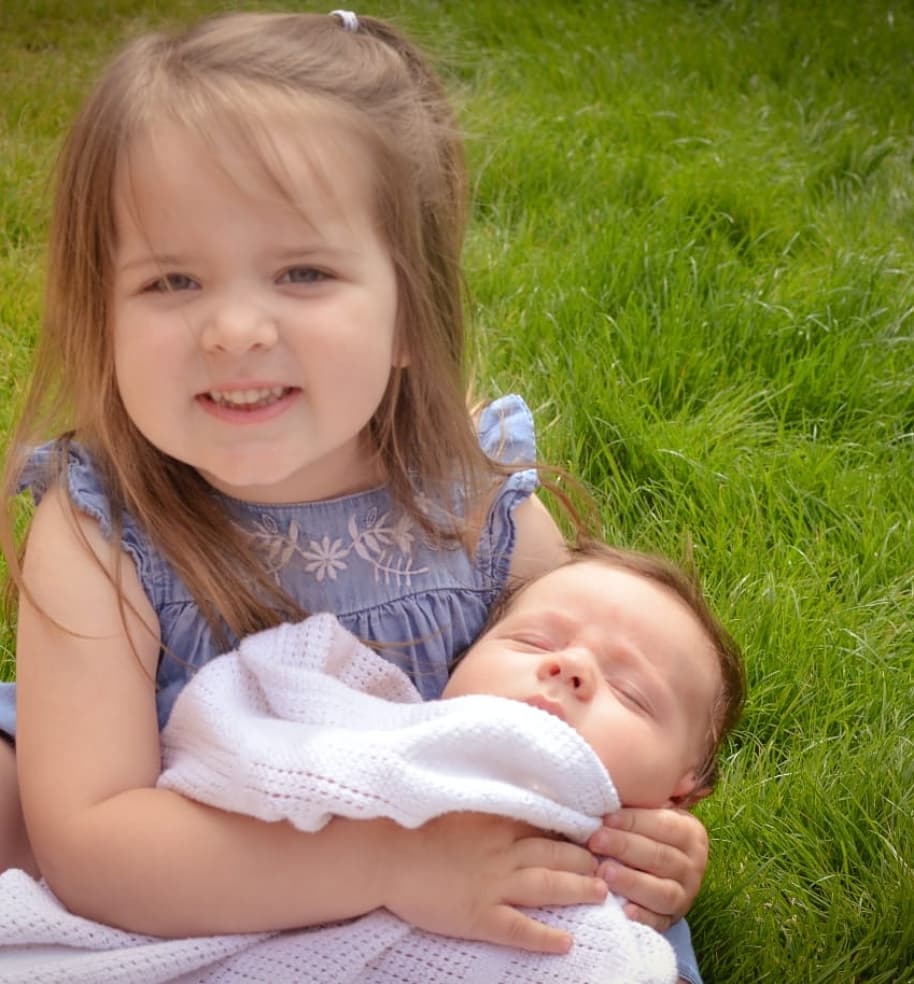 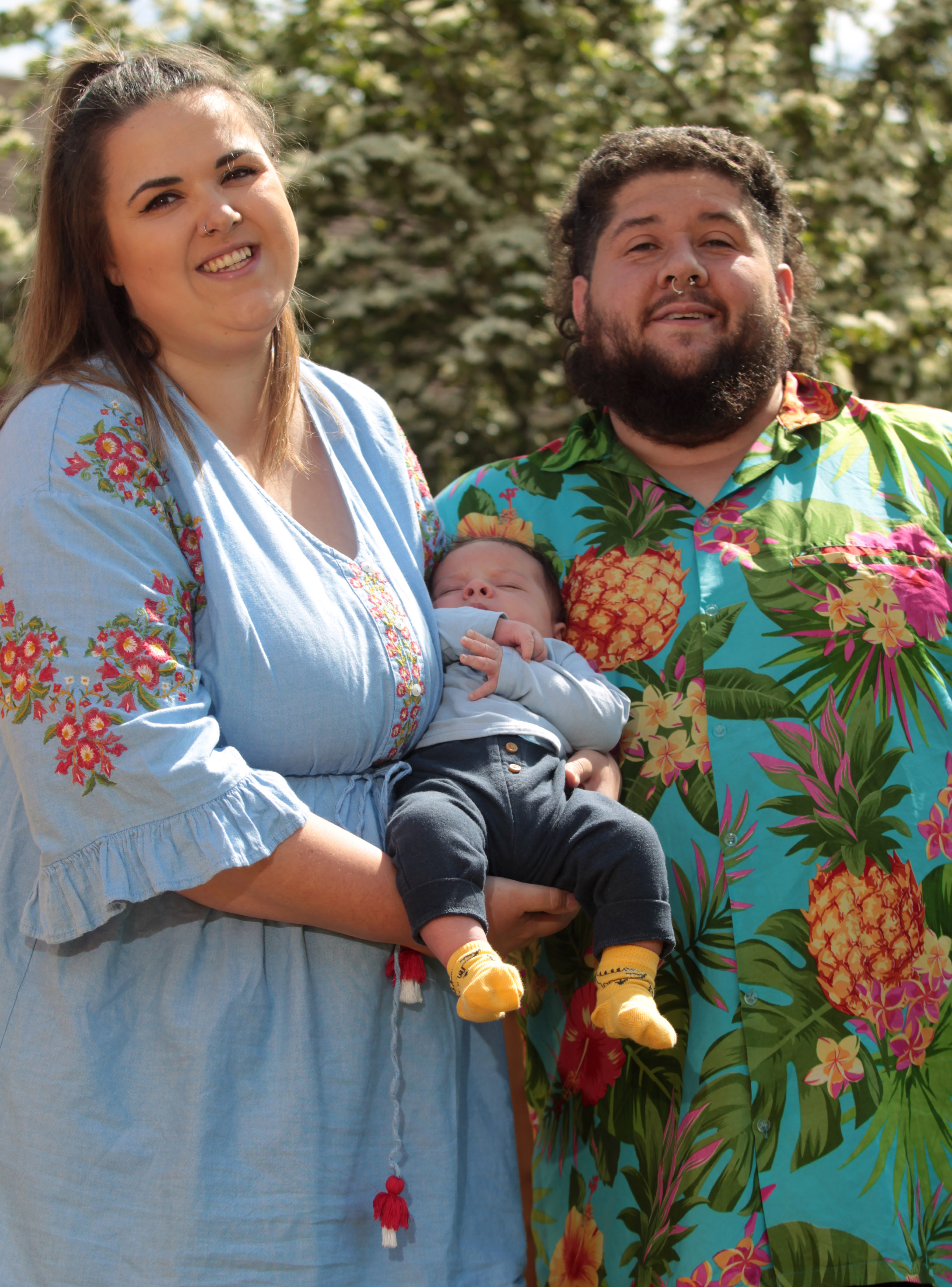 "But with Zeik I just had no appetite. And I just keep thinking, imagine how much bigger he could have been if I had eaten lots!"

Two months on, Zagrys – whose nickname is Zeik – already weighs a whopping 14lbs 12oz – and Lola is totally "besotted" with her brother.

Amy added: "Lola always wants to give him cuddles and be with him. She calls him 'my baby'."

"Zac has already said he's going to be a rugby player.

"He's South African so he's really into his rugby, and with Zeik's size, he's already calling him our little rugby player."

Despite Zeik's huge size, he hasn't quite stolen the crown for the UK's biggest baby – which went to George Joseph King, born in February 2013 at Gloucester Royal Infirmary, weighing a staggering 15lbs 7oz.

For more parenting stories, this woman explained EXACTLY what your baby’s cry means and whether it’s about food or they’re tired.

And this mum revealed the ‘life-changing’ trick to stop those dreaded store tantrums and it’s completely FREE.

Plus this dad was slammed for making daughter do house chores in return for sanitary pads – and he has no idea why people are so angry.