THERE are two types of people in this world – those who actively look out grim pimple-popping videos and the others who squirm at the very thought.

But while we always considered ourselves to have pretty strong stomachs when it comes to these things, one woman's ear wax horror story has left us pretty much scarred for life. 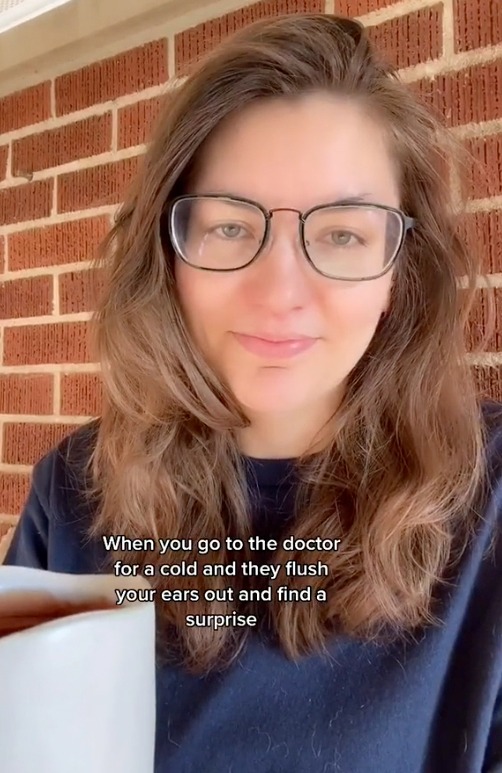 Last month, American TikTok user Jordan, 26, explained how doctors found something that had been lurking in her ears for 22 YEARS.

In a viral video which has racked up over 65,000 "likes", Jordan wrote: "When you go to the doctor for a cold and they flush your ears out and find a surprise."

She then jumped to a photo of the grim discovery – and we'll warn you now, it's not for the faint-hearted.

Back in 1999, Jordan had tubes inserted into her ears to aid with drainage – which is common practice for children who regularly get infections. 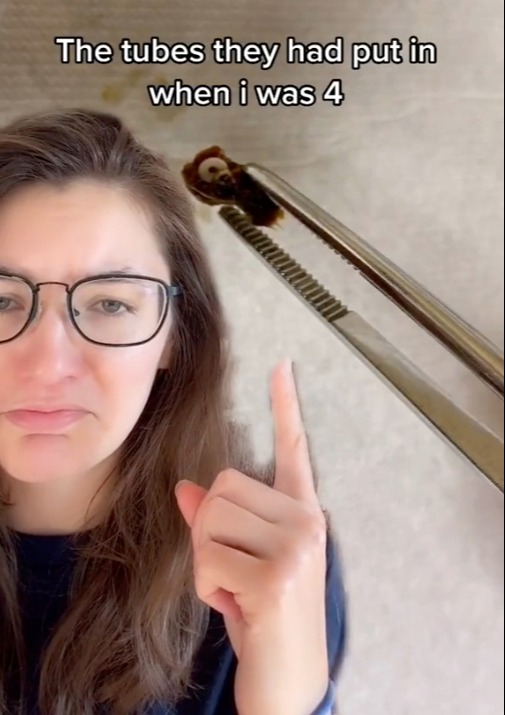 But while they were supposed to fall out of their own accord, Jordan had no idea that hers were still deep down in her ears all these years later.

Needless to say, the tubes were completely encased in a VERY thick layer of wax – and Jordan joked: "I had no idea it was possible to hear this well!"

The clip has been viewed over 747,000 views – and left users horrified.

One replied: "Oh my god they were gooed in there."

"I was told mine had fallen out," another added. "Now I'm super worried!!"

Meanwhile, a third wrote: "Omg I need to get mine removed."

For more viral stories, this woman travelled half-way across the world to be with her fiance – then found out he was cheating thanks to Instagram tip.

And this man claimed stay-at-home mums are lazy gold-diggers and should pull their weight by getting a REAL job.

Plus this woman was trolled for being a single mum at 22- she leave baby to cry so she can get stuff done & can’t wait to put her in nursery.