AS A teen, Dave Anica was homeless and forced to sleep on the streets – but now he has millions of fans on TikTok and has quit 'normal' work for online fame.

The former flight attendant, 30, from Horsham, West Sussex, made social media his career after being made redundant by SAS Scandanavian Airlines in October. 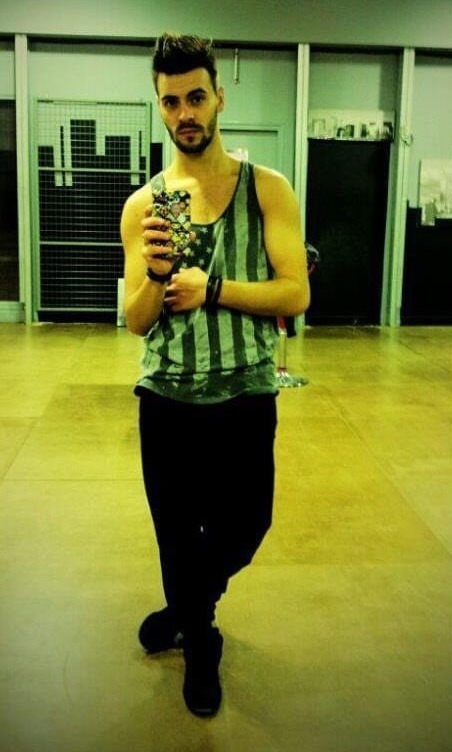 Dave, who's originally from Portugal and lives with his partner Liam, a drama teacher, tells Fabulous: "I was already working on social media but more as a hobby for some extra cash.

"When I was made redundant, I decided to go full-time as it was something I'd been considering in the back of my head for a long time.

"It was horrible to lose my job, I'd put everything I had into becoming cabin crew and it was very tough for me as a foreigner.

"But my followers have been with me through the rough parts like losing my job, I call them my family." 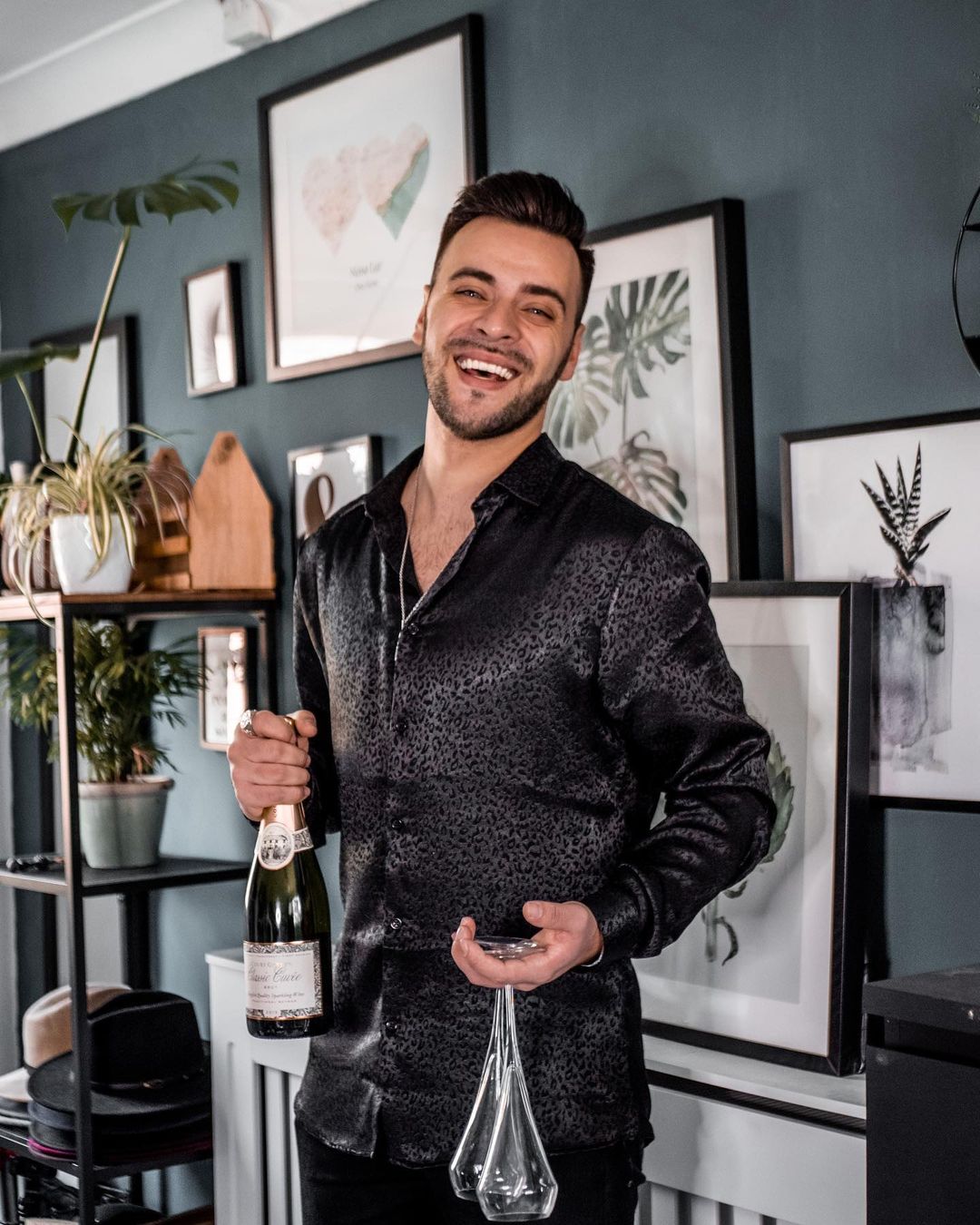 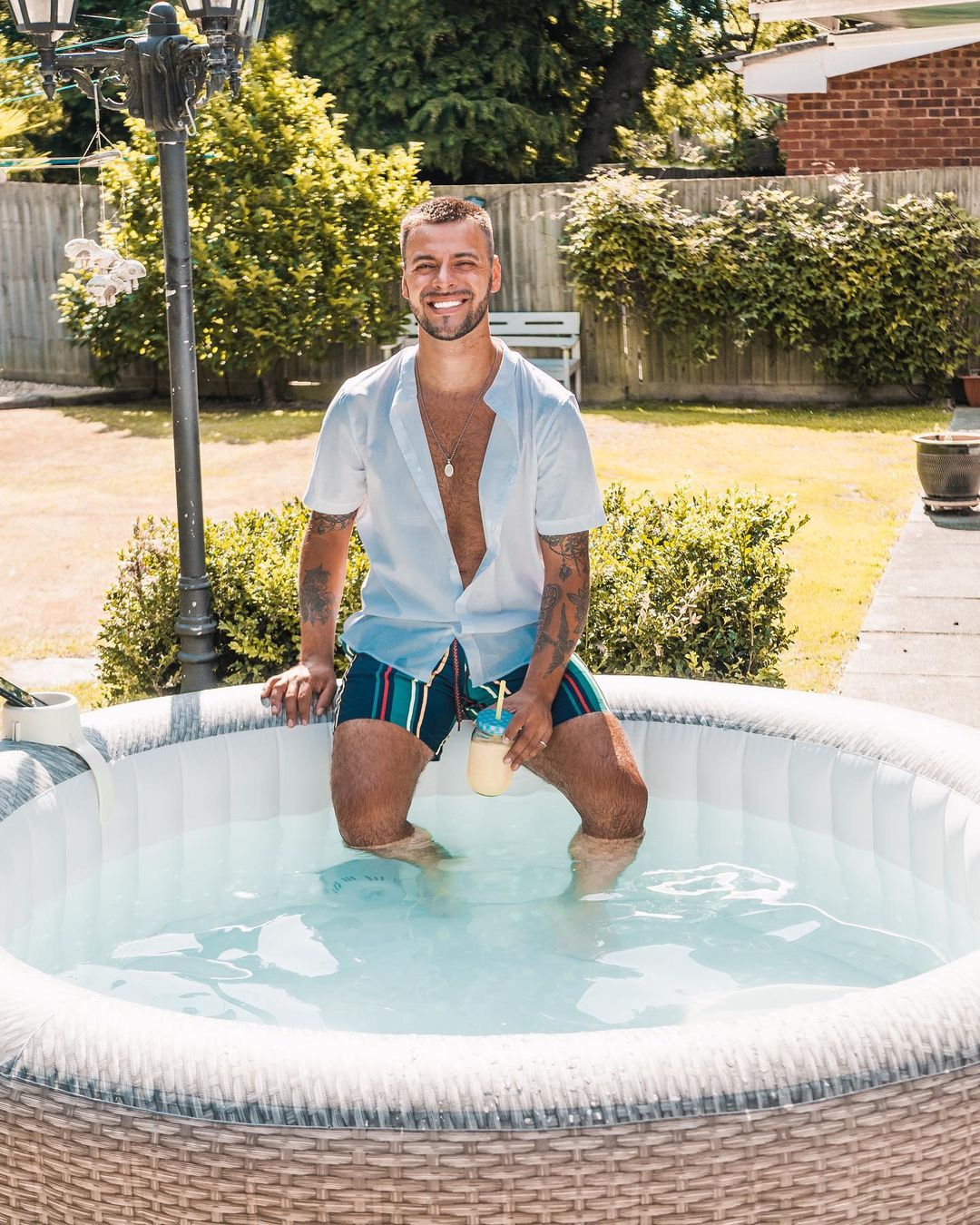 Although it was a leap into the unknown, Dave knew he could handle it – having survived sleeping on the streets as a teen.

It was horrible to lose my job, I'd put everything I had into becoming cabin crew – but I decided to go full-time on social media

He says: "I got a bar tending job at a club but I was running out of money while waiting for my first pay cheque.

"Then my wallet got stolen on the Metro (underground train line) and I realised I didn't have enough cash.

"But I was too proud to show I was in trouble, so I didn't ask for any help and kept acting like everything was alright.

"I was showering at school and nobody questioned me, even though I was bringing my bag with me everywhere." 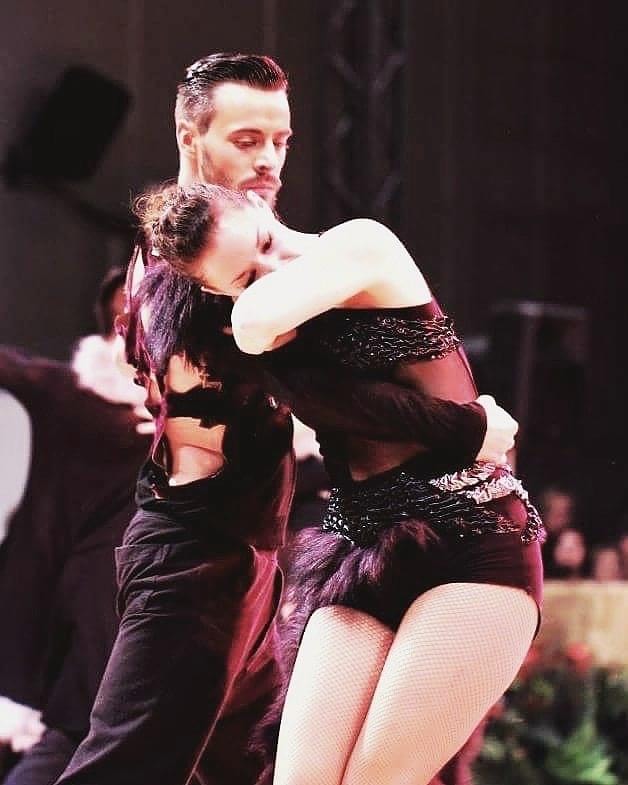 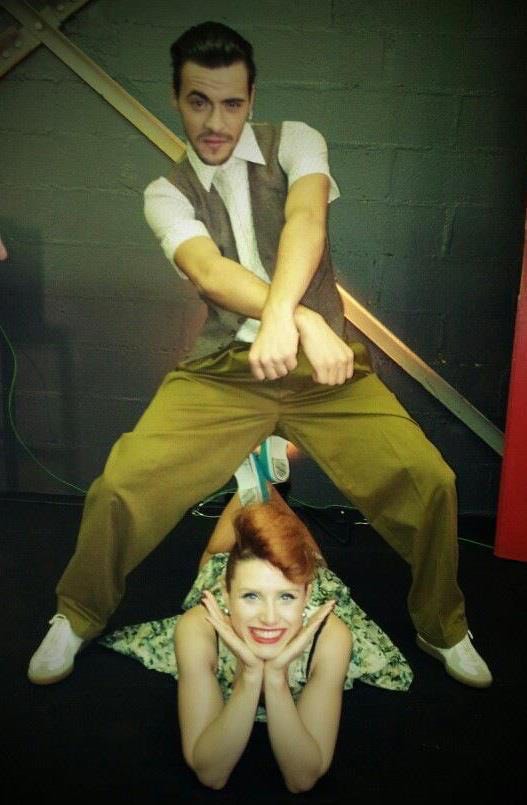 Every night after college, Dave would kill time in Starbucks until closing time and then bed down in the street.

He says: "I used to go to the cleaner streets, not outside bars or anything like that, I’d sleep in the doorways of apartments near my college.

"I was only 19, it was scary because I didn't really speak the language and it is dangerous on the streets. I’m very lucky no-one tried to beat me up or abuse me.

"It was the scariest time of my life and I thought I was not going to make it, but I was embarrassed and didn’t even know how to go about finding support.

"The lowest of the low was the final day, when I was trying to buy a baguette but I only had 50 cents left, so I couldn't even afford a can of tuna to eat with it.

I was only 19, it was the scariest time of my life, it is dangerous on the streets. I’m very lucky no-one tried to beat me up or abuse me

"I had nothing left; all I wanted was something to eat. That was the day I promised myself I would never go through that again.

"It was very tough but I want to share my story to tell people to follow their dreams.

"If I can make it, anyone can. My biggest regret is not starting my social media career earlier, because I was worrying people would think I was full of myself.

"Being homeless made me realise how strong I am. I don’t think I would be here now if I hadn’t been through that.

"They say ‘what doesn’t kill you makes you stronger’ and it’s true, it made me fight harder to get to where I wanted to be." 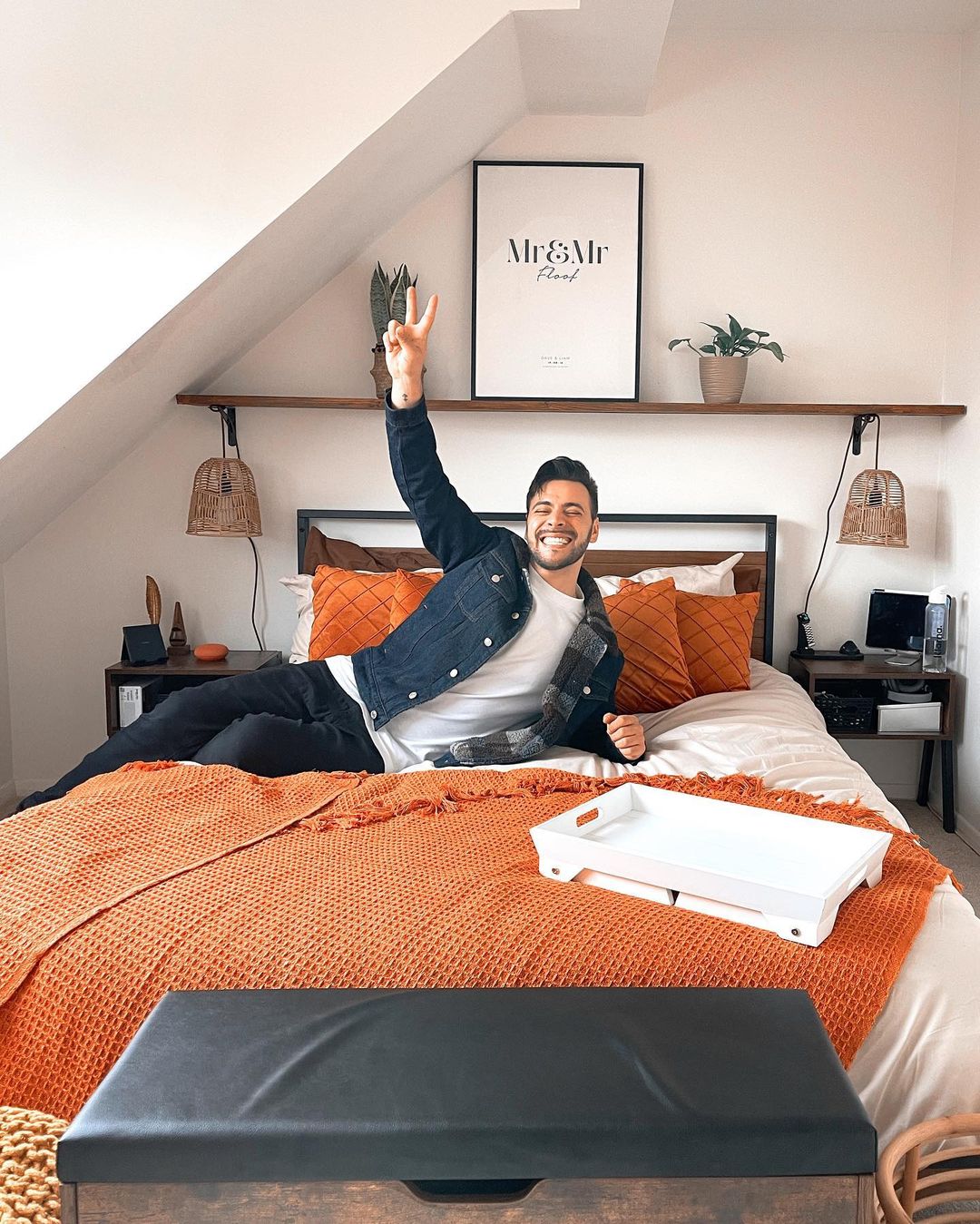 Just six months after being homeless, Dave was dancing on national TV as a backing ballroom dancer for popular French singer Danny Brillant.

He says: "It was crazy, a full 180. I had friends who were still in Paris grafting to get one casting or a callout, but I was lucky enough to be picked.

"Within a year, I was dancing on national TV and then was given the chance to choreograph a TV show in Beirut, Lebanon.

If I can make it, anyone can. My biggest regret is not starting my social media career earlier

"Suddenly I had quite a lot of cash and was even able to buy a house in Paris, which meant I could move my parents and my brother, who's now 15, over.

"That was very important to me. They still live in my house. I had the chance to either open my own dance school or buy somewhere and I chose to put down the deposit on a two-bed.

"I was very lucky, although I also put in a lot of hard work. I pushed my body so hard it broke, eventually I got a knee injury which ended my dancing career." 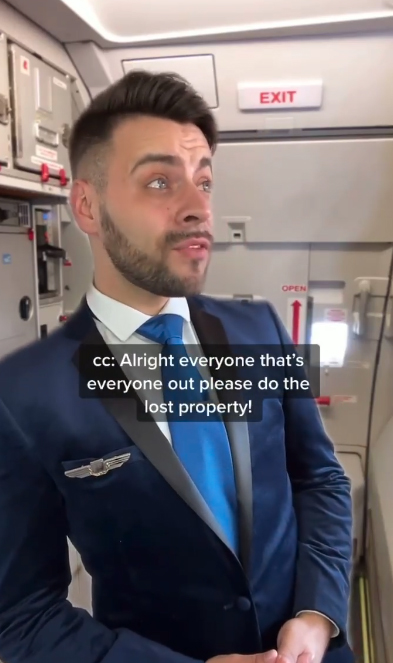 After returning from Lebanon, Dave worked briefly as a dance teacher in Paris.

Then, on his 22nd birthday, he flew to London to celebrate and ended up moving there 10 days later – to study restaurant management.

He eventually became cabin crew for EasyJet, based out of Gatwick Airport, and worked in the industry for five years before losing his job.

He says: "I consider myself a lifestyle and fashion influencer on Instagram, which I've been doing for six years, but my TikTok is a completely different niche. 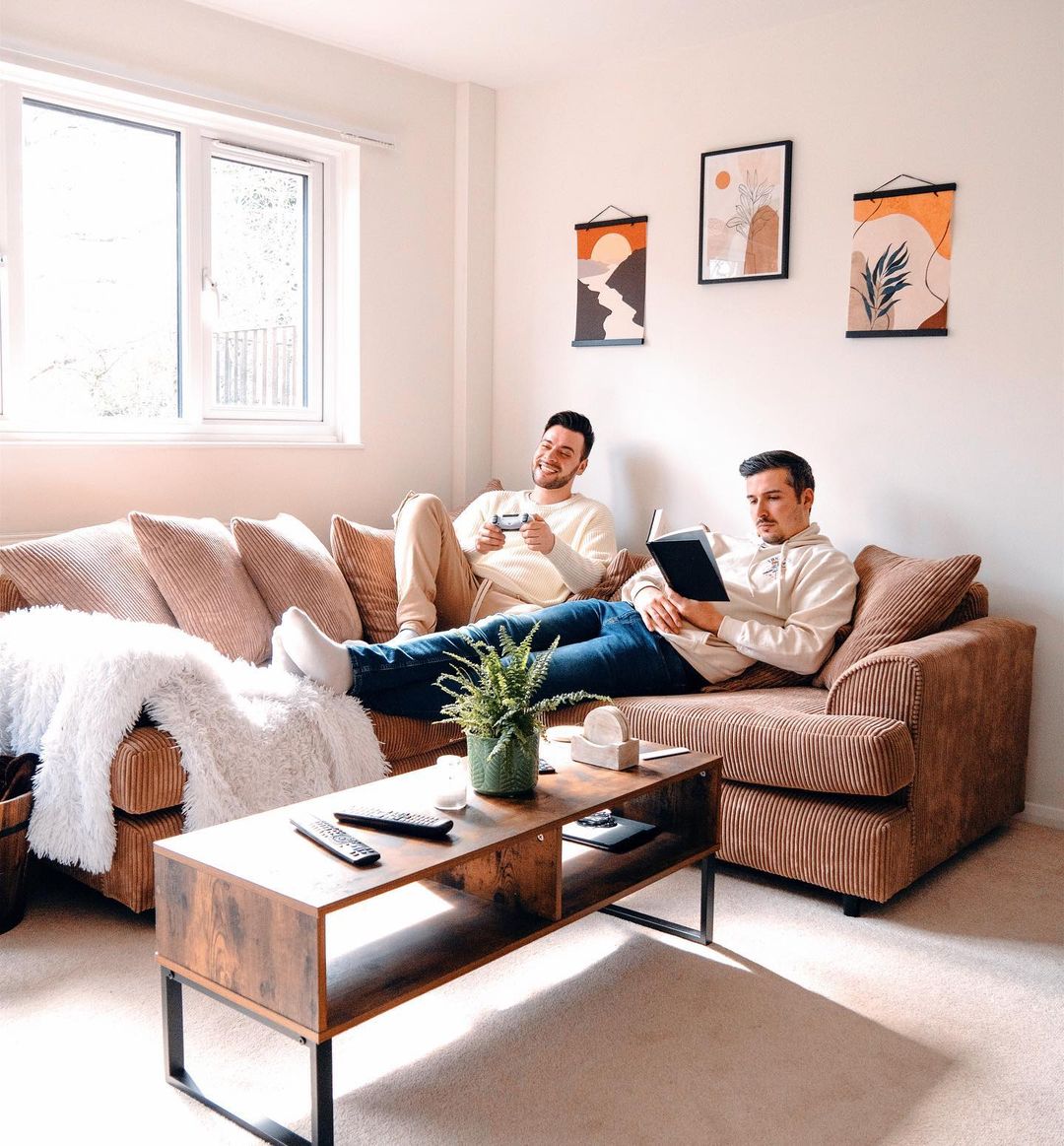 "I took my experiences of working as cabin crew and made skits about it. In an average week I'll have 2 to 3 million unique views, I had 10 million in the week I started my account in January 2019.

"At the time, I was doing three to four hours of work-a-day as a content creator on top of my job as a flight attendant.

"I would bring a couple of outfit changes on my flight, shoot as soon as I woke up and then edit the photos on my breaks on the flight home.

"By the end it was tough doing both at the same time, it was getting intense. I worked seven days a week and I still do that now, but I feel blessed."

Dave now earns £2,000-£3,000 a month from Instagram alone – thanks to brand deals with the likes of River Island and Amazon, as well as affiliate links for the clothes he wears and products he uses.

He says: "I normally get up at 7.30am and don't finish until 7 or 8pm. The first thing I'll do is an Instagram post and then look through my comments from the previous day.

"Part of my day will be spent doing research or writing scripts for my skits, because I post a new one every day. Then I post on Instagram again when everyone's finished work. 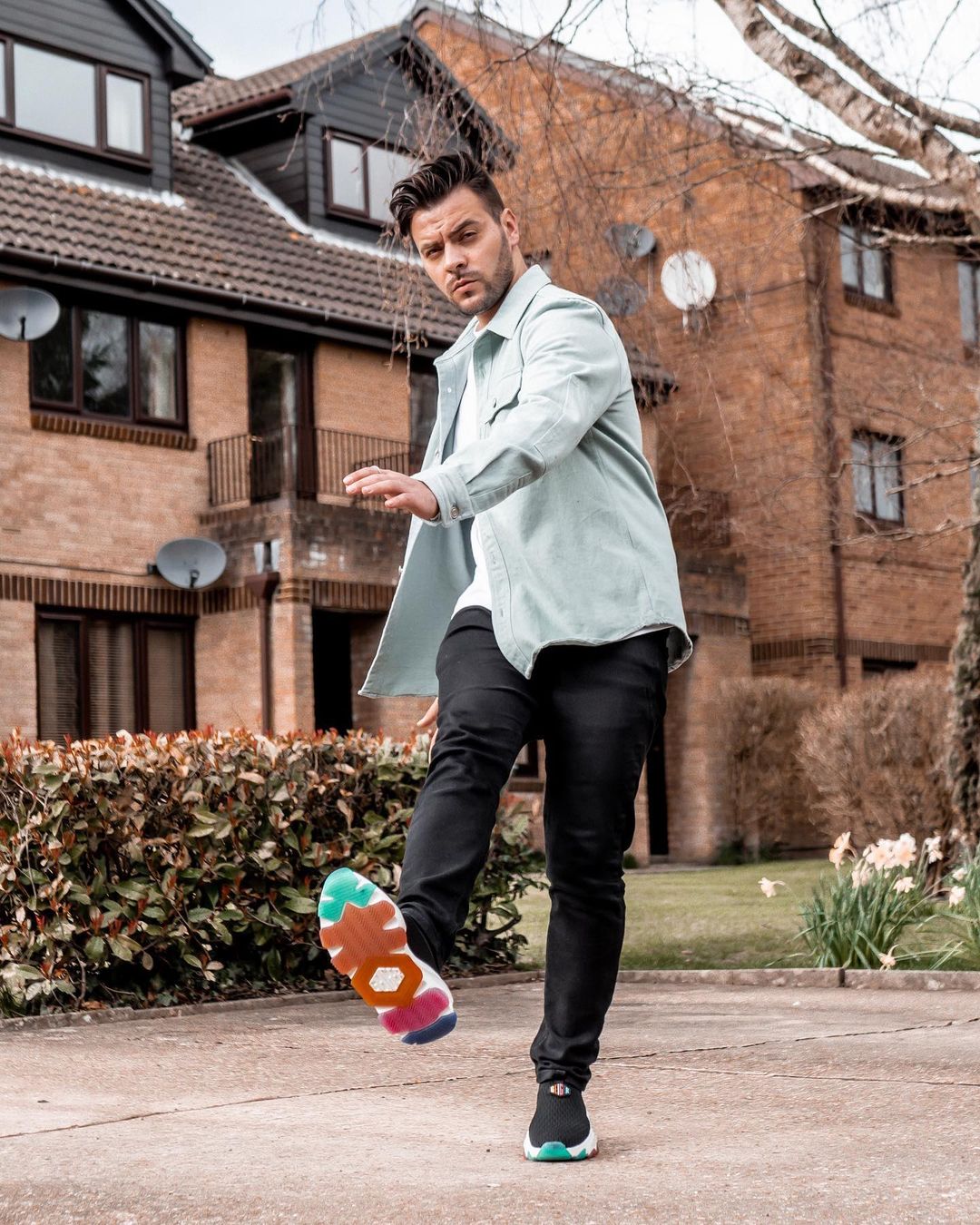 "I get told it’s an 'easy job' quite a lot, because it’s new and people don't understand it, but I’d say to people ‘it’s harder than it looks’.

"Most of us are self-taught in photography, videography, editing, directing and styling. It's a lot of jobs fused into one and I think people take the value out of that.

"I am proud of where I’ve come from and what I’ve accomplished, but I wouldn’t be where I am right now without my followers.

"So if I have to thank anyone it’s them, because they’re the ones who made it happen.

"That’s why it's important to make a connection with your followers, because they're the ones who are going to be there for you."