A WOMAN has revealed she only buys clothes second hand from charity shops and car boot sales, as well as her tip for getting freebies from Facebook. 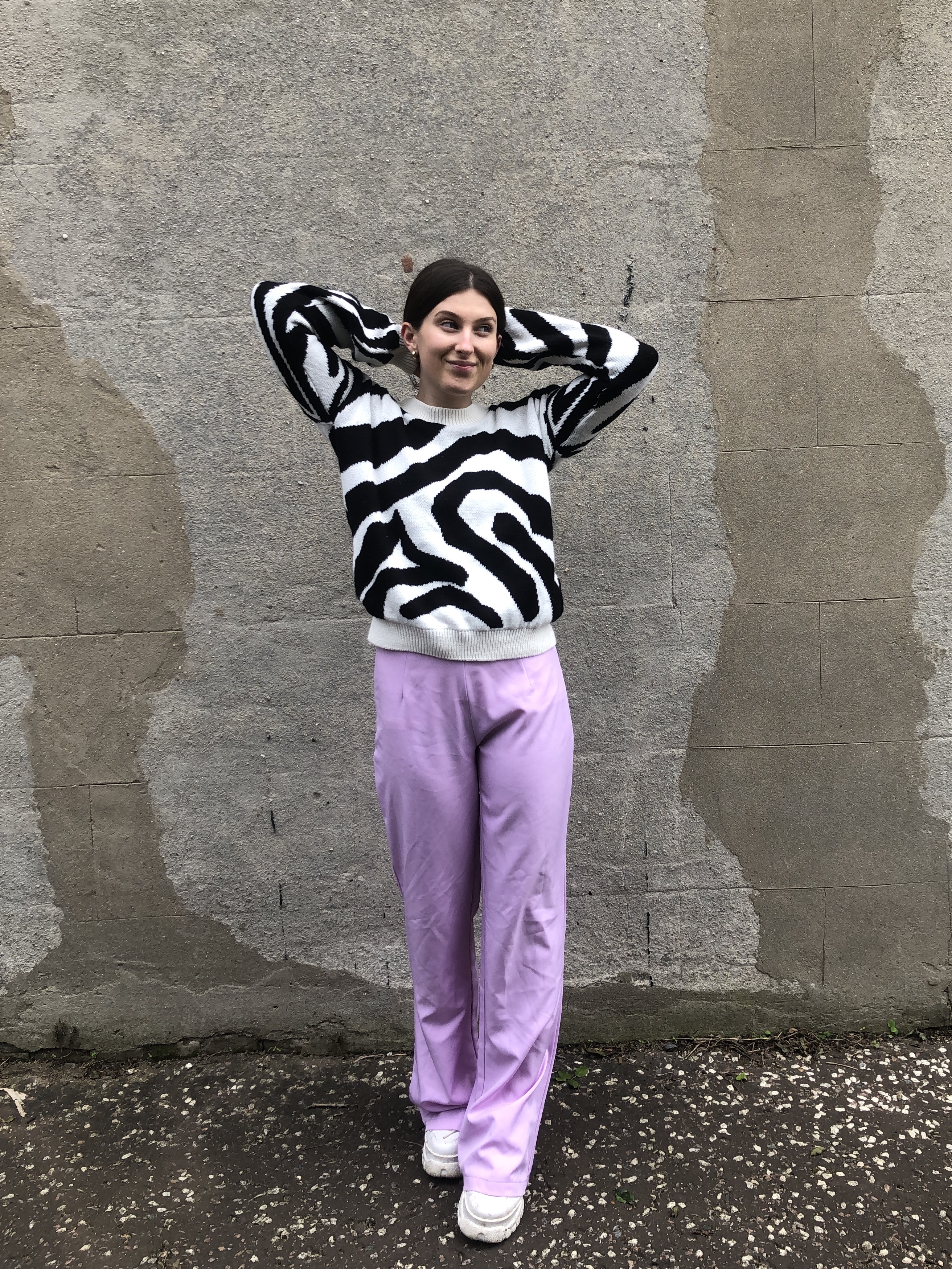 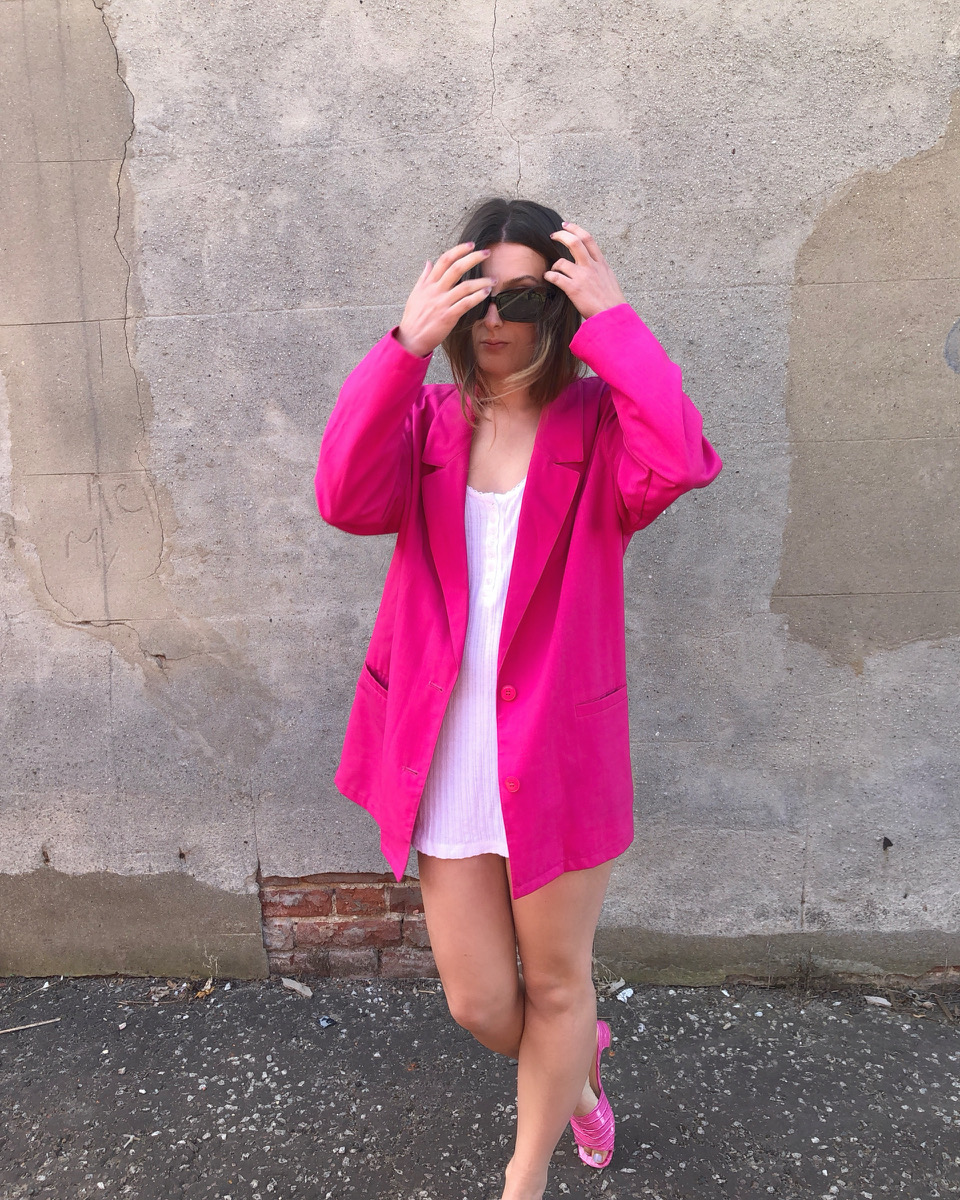 The digital content and social media manager, who lives with boyfriend Ben, even owns two Dior handbags, which she found at a car boot sale for £4 each.

I never buy anything new anymore, I haven't done since February this year, and about 70 cent of my wardrobe is second hand. 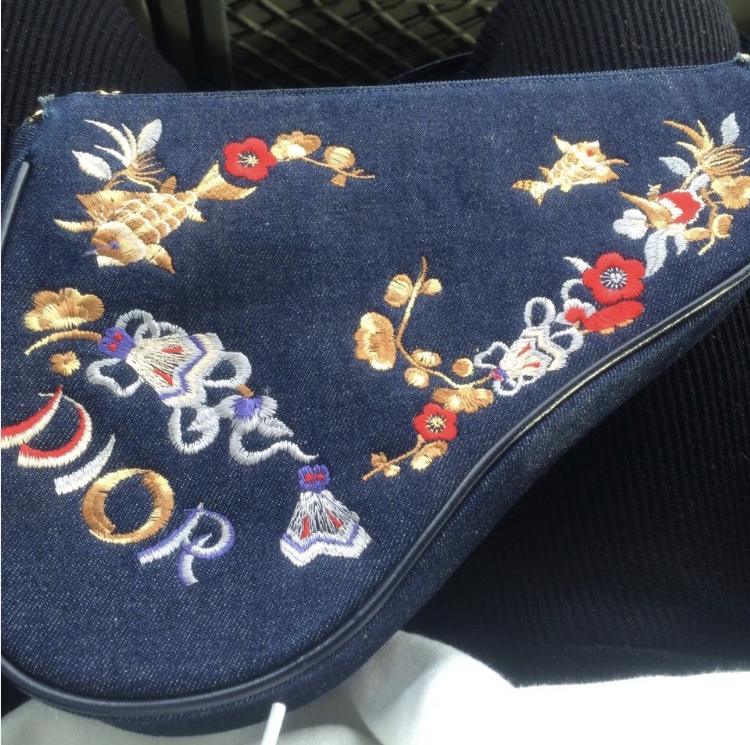 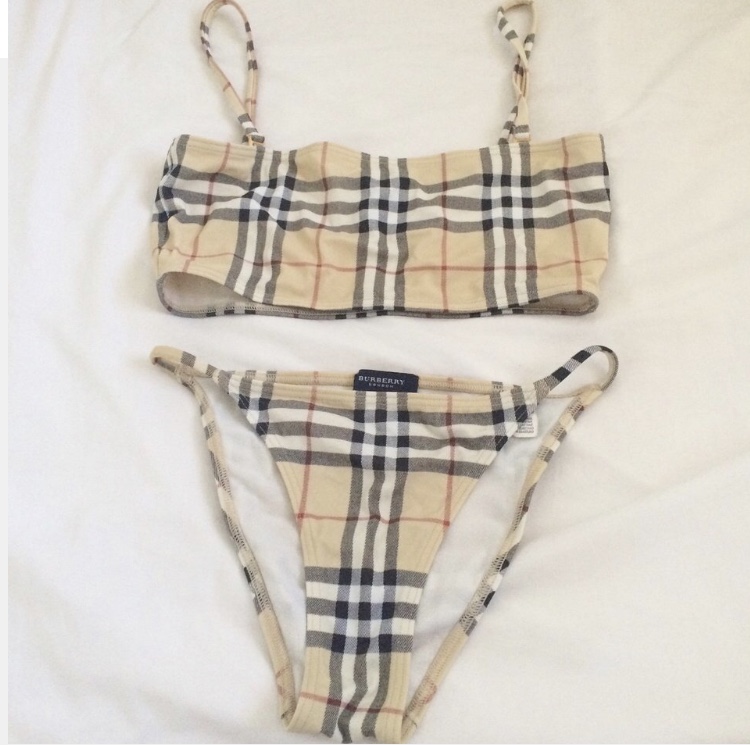 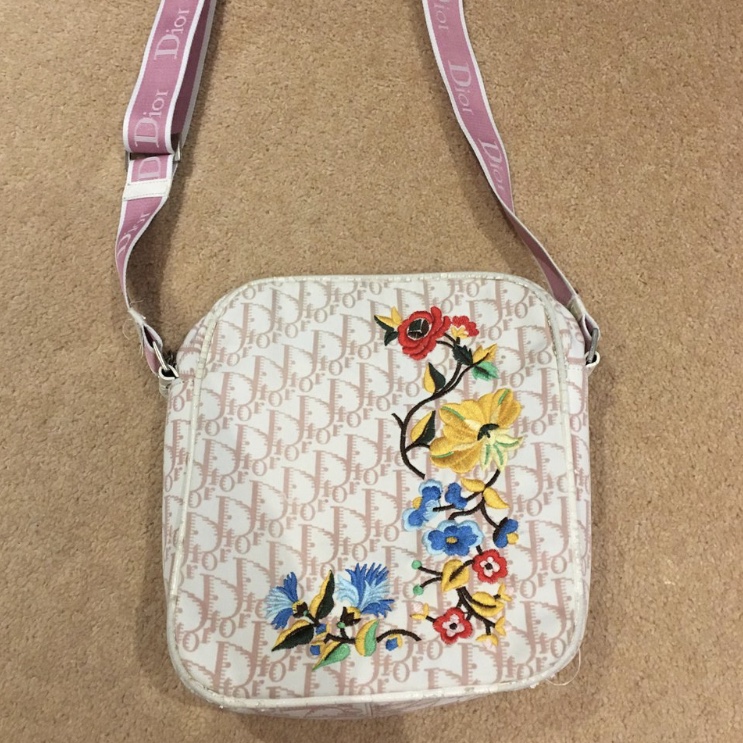 I’ve shopped in charity shops and car boots since I was a kid, it’s something we’ve always done as a family.

My dad collects records and my granddad collected stamps so I always got dragged along to car boots with them.

So I’d go into charity shops or to car boots and soon realised I could find the same things there, because people just wear things once and then get rid of them.

My best ever find were two Dior bags at a car boot, they were £4 each, and a Burberry bikini I bought for £5.

New Burberry bikinis cost £270 online, so I got a great deal.

I also have a Versace leather jacket I found in a charity shop for £20 and a pair of knee high real leather boots which cost £8. 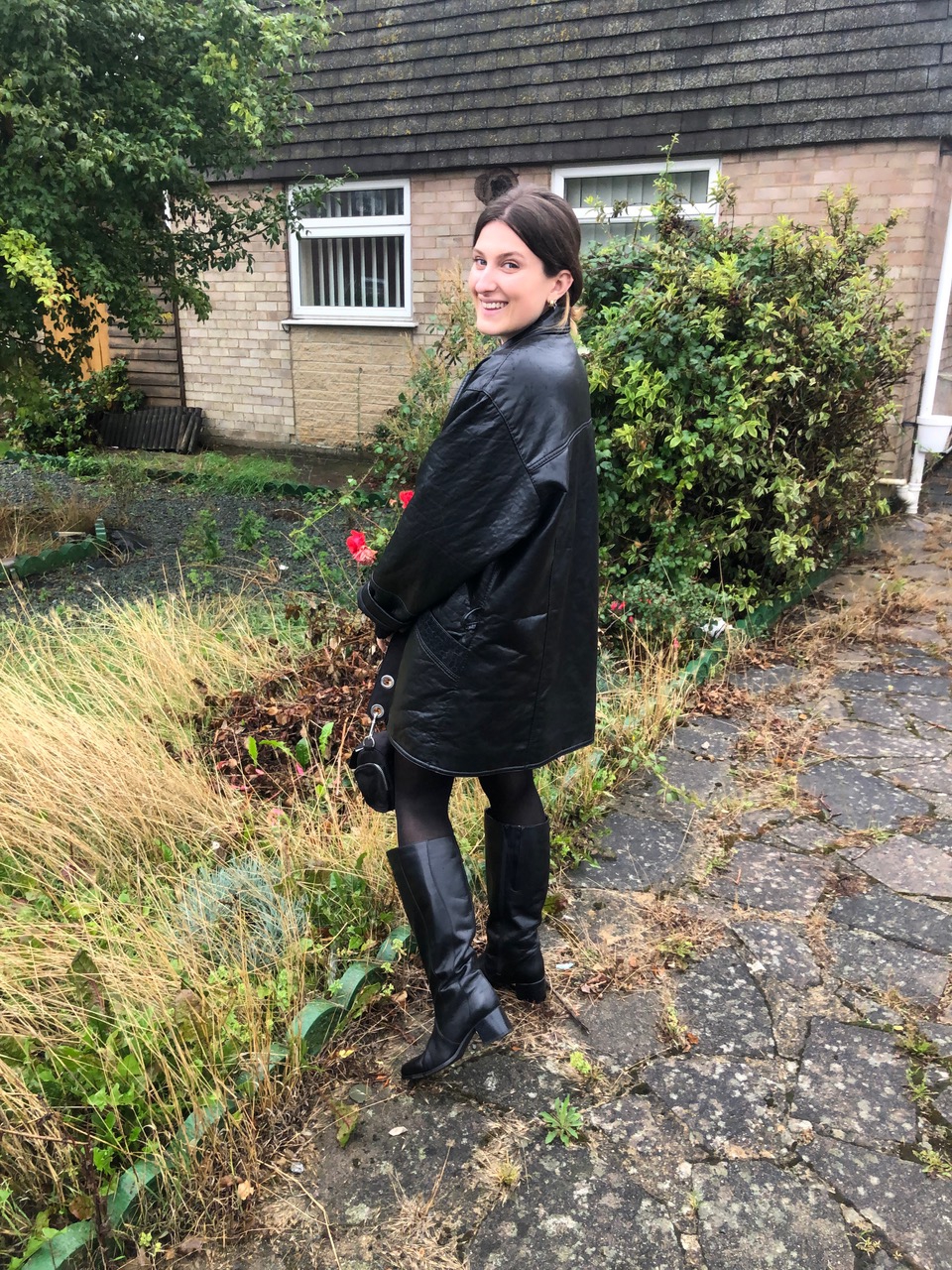 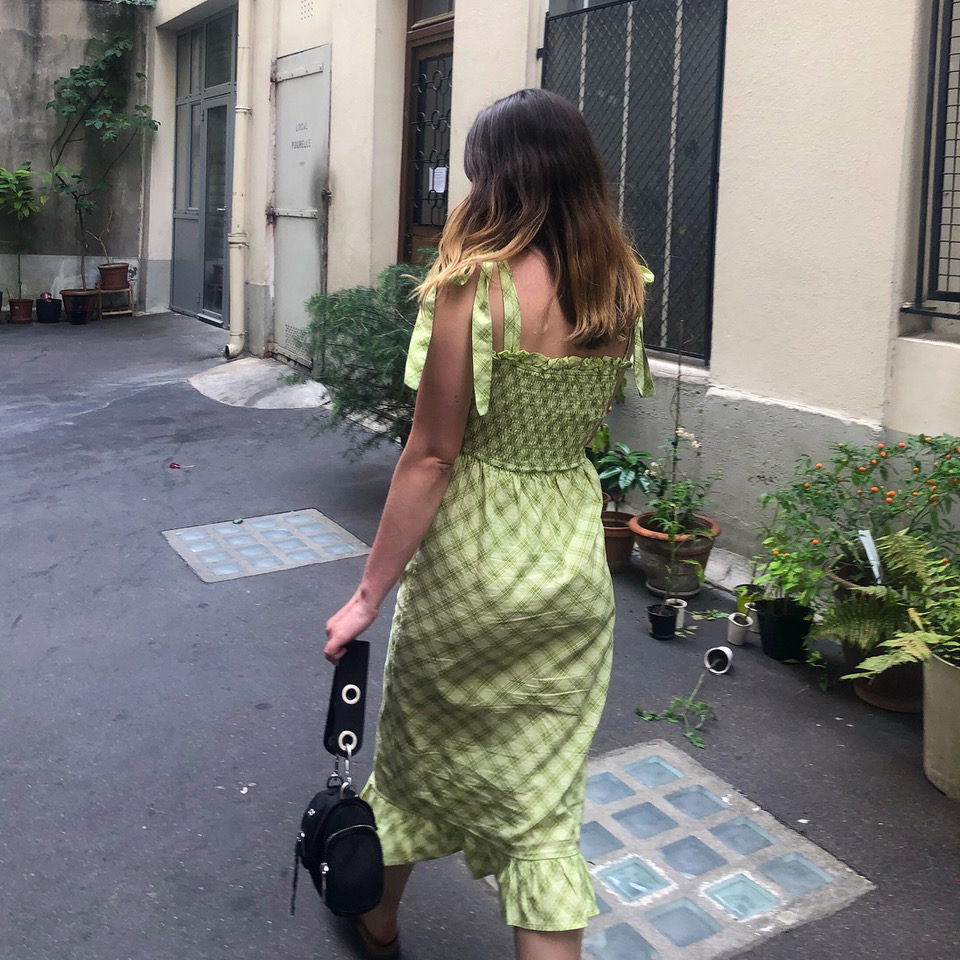 People often give things away not realising the value of them, I have quite a few friends who’ve found Burberry trench coats in charity shops.

My favourite trench coat cost £3 in the YCMA shop and I have a gorgeous pink jacket which I got for £1.

I've got a Ralph Lauren handbag I bought for £10 and a D&G top which cost £2 from a jumble sale.

Car boots tend to have the best deals, I've bought tops for as little as 50p. 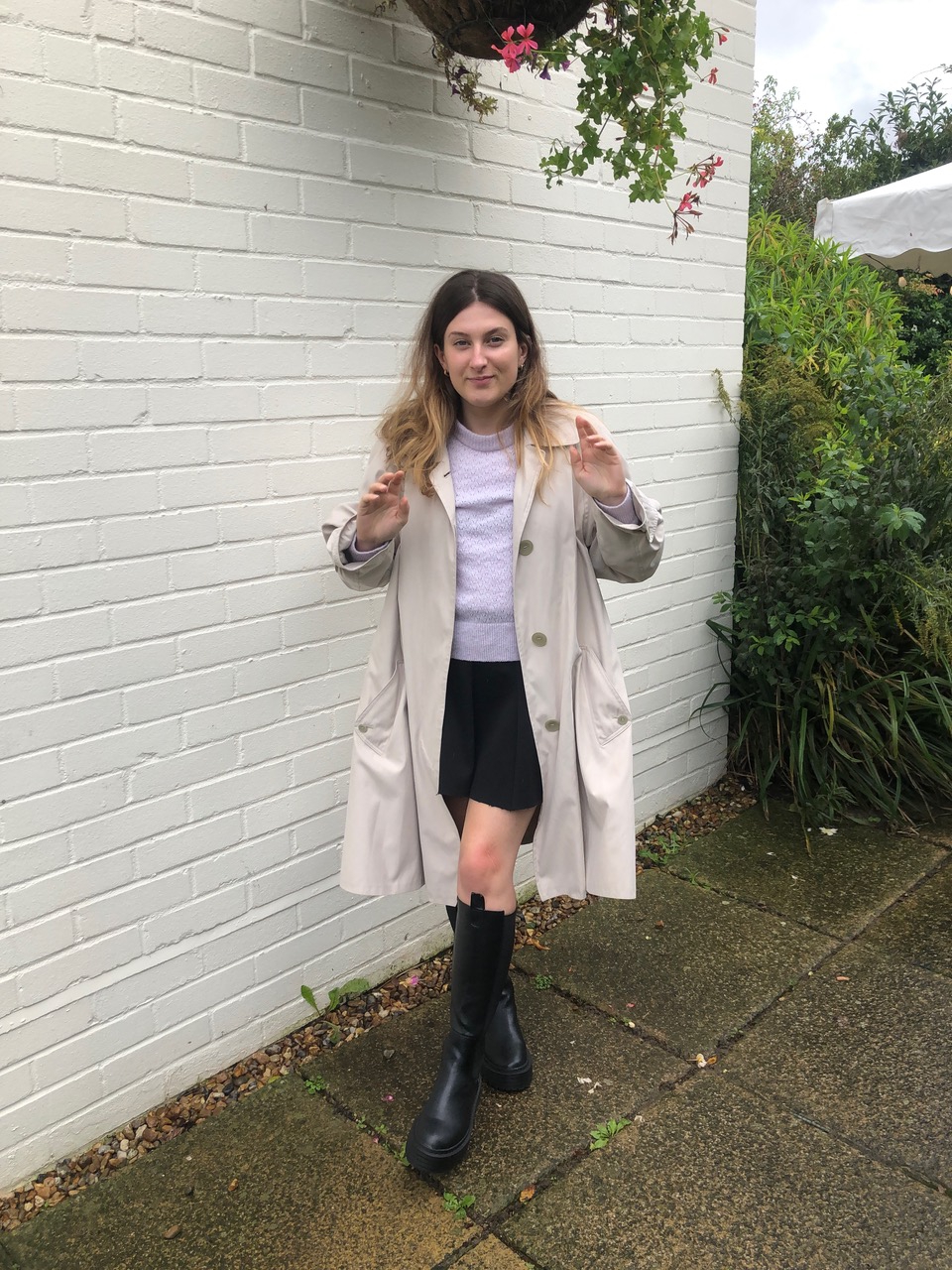 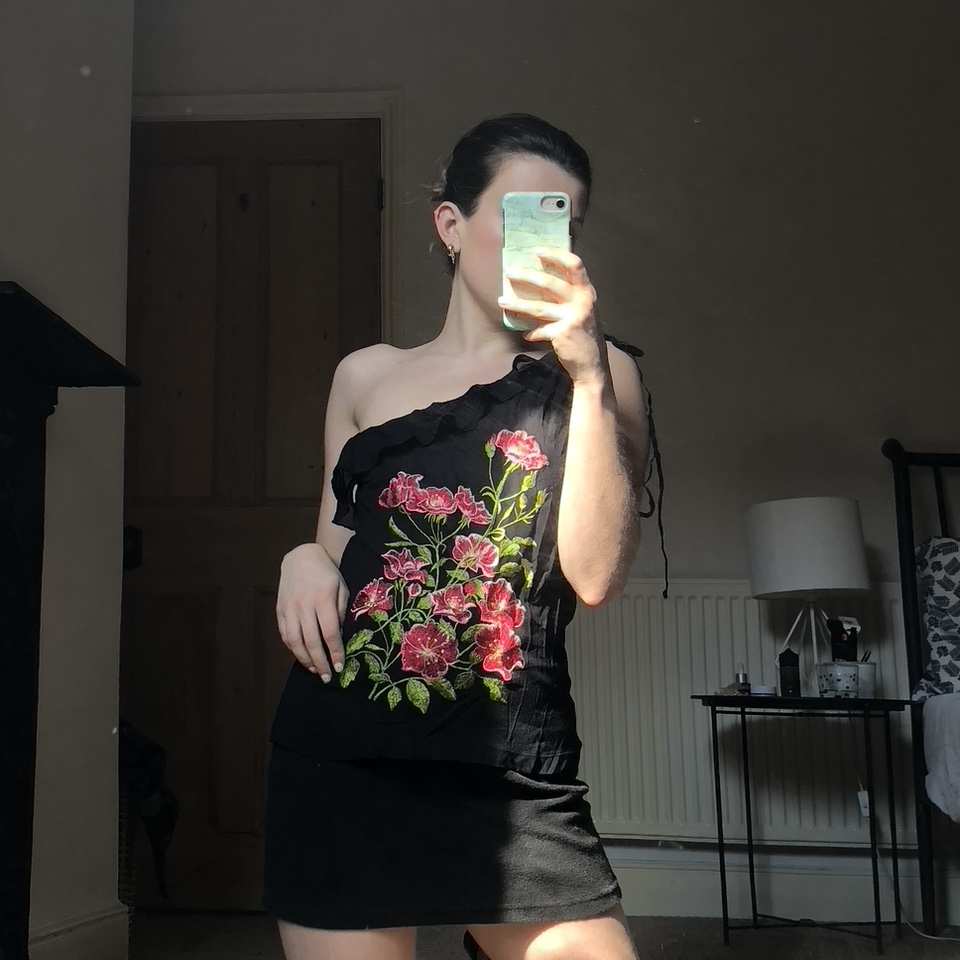 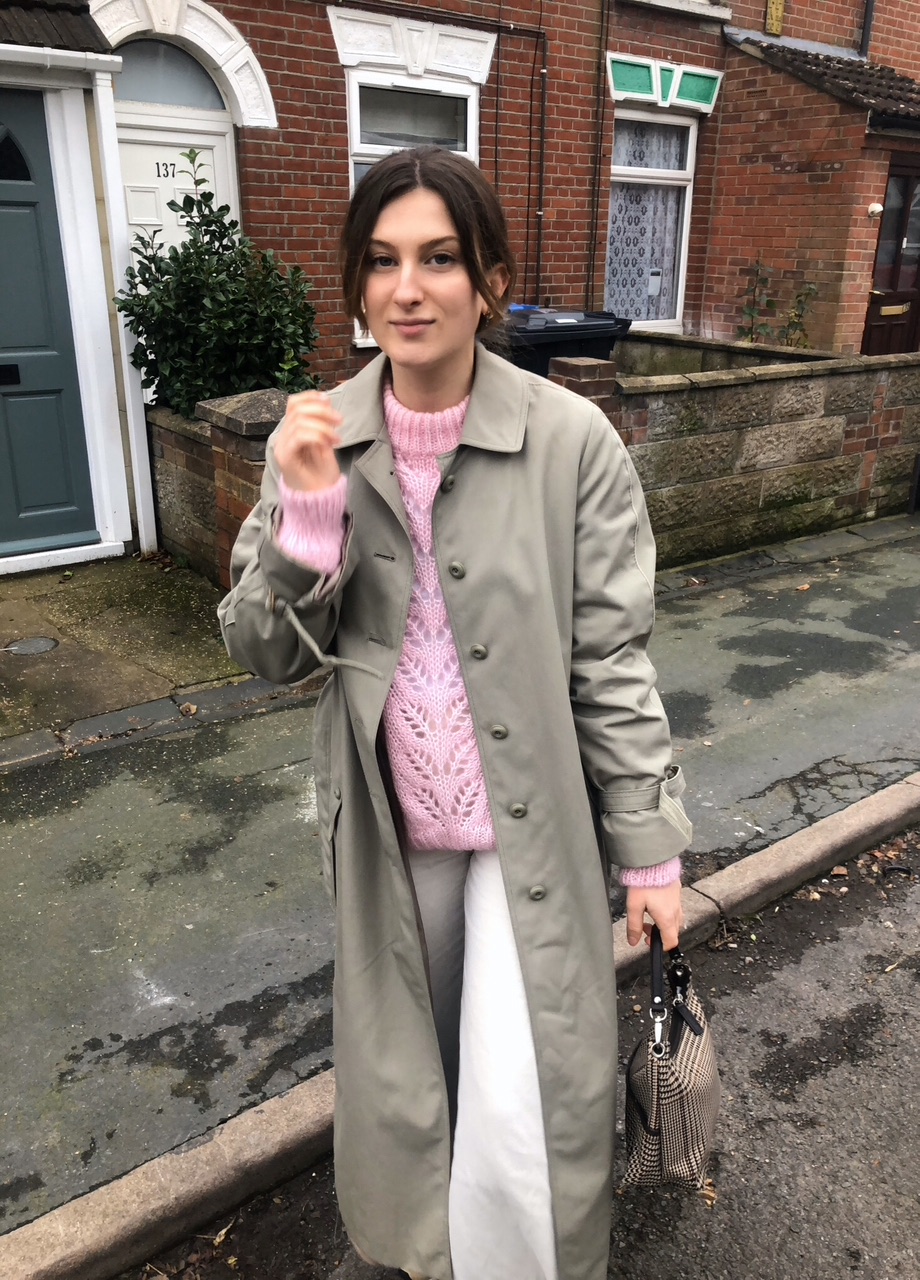 Over the years, I've bought the odd thing from a fast fashion site, but lockdown was a good time for me to kick the habit completely.

While the shops were closed, I just shopped on Depop and eBay. It's not only cheaper to shop second hand, it's better for the environment too.

I’m also a member of some swap groups on Facebook, which I really enjoy. You either swap stuff or sell it for up to £5 plus postage, meaning everything's affordable.

I got a stripy jumper and dungaree dress for free on a group called Swap Family, by trading them for a little black top and handbag I didn't want anymore.

I also got a leopard print dress, pink zebra print dress and vintage set of frilly PJs each for £5. 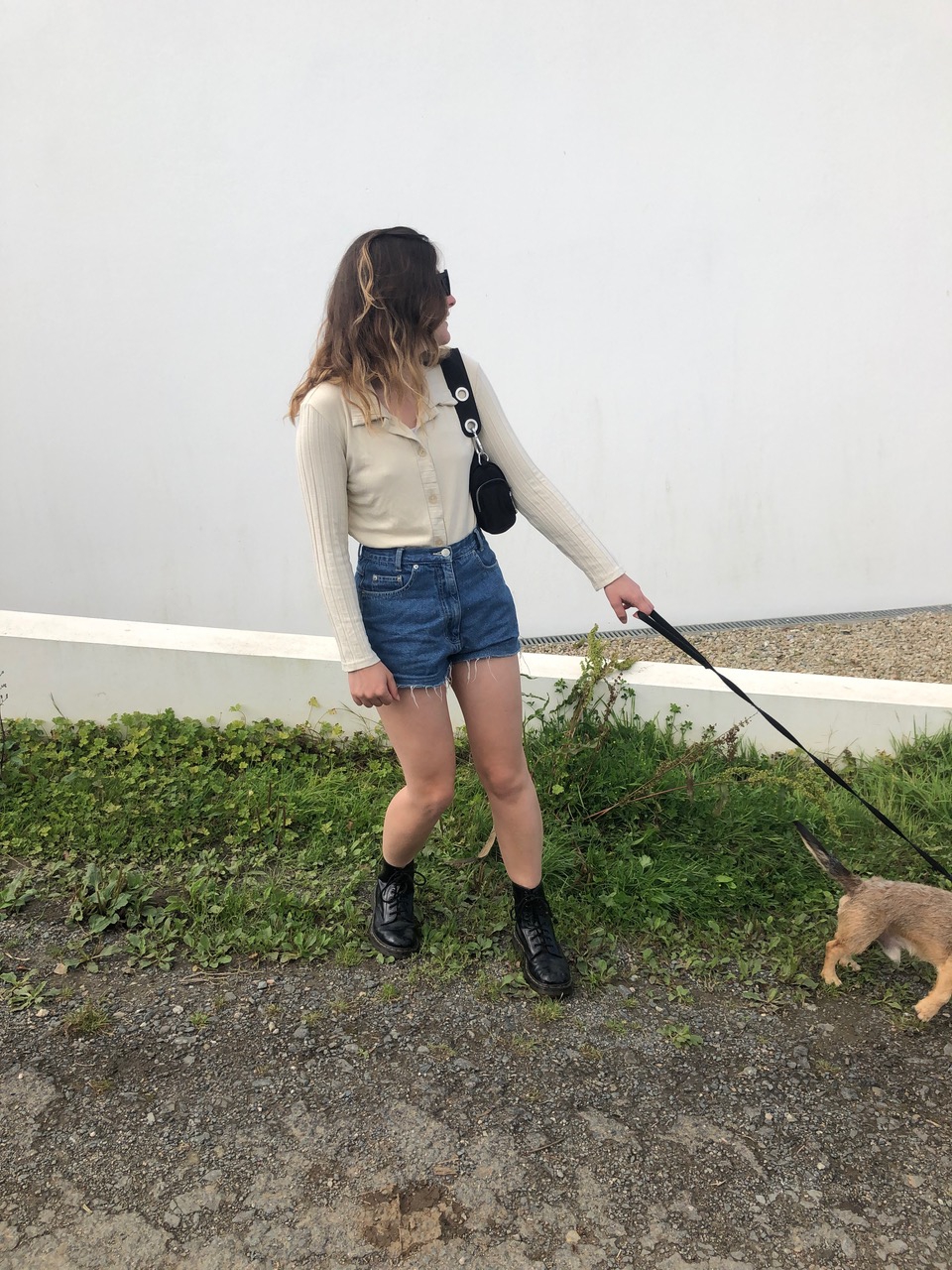 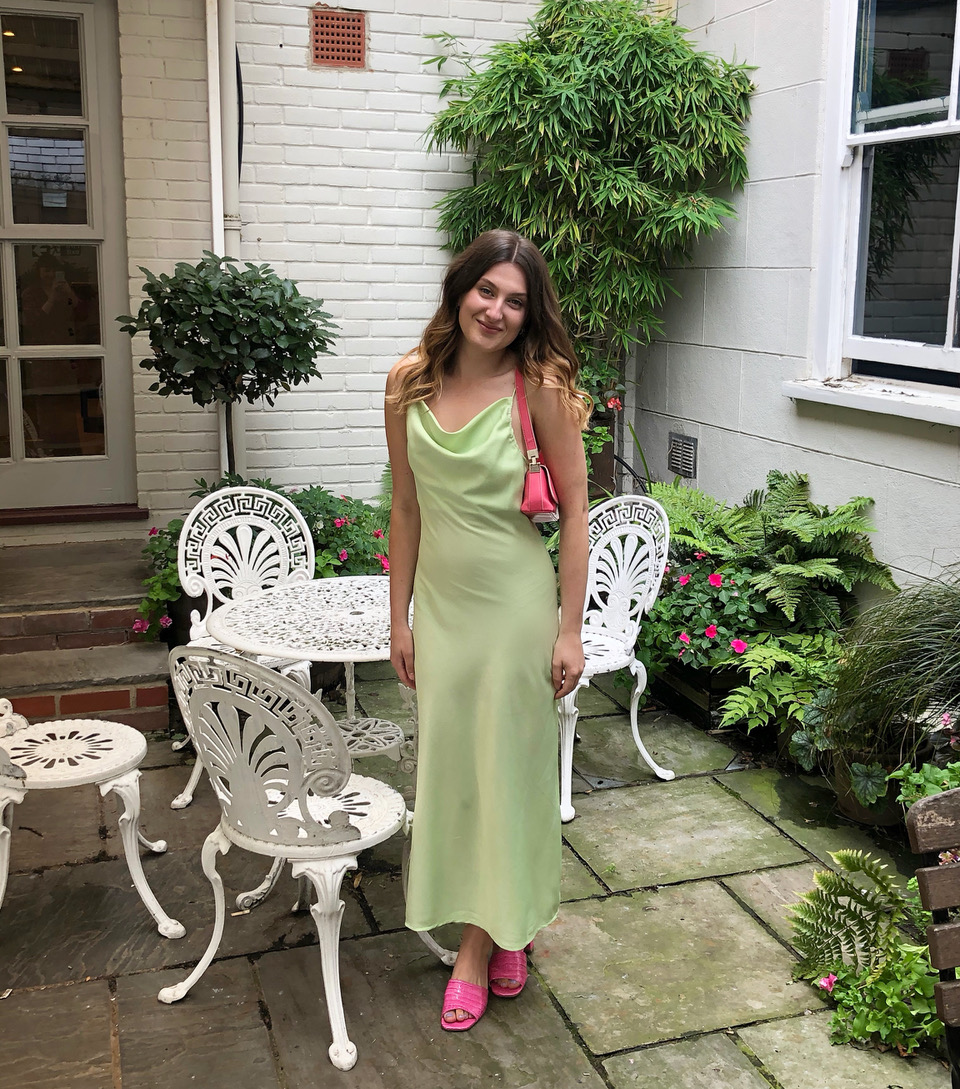 For my brother's wedding, I wore a £12 outfit which was all second hand.

I borrowed my dress off a friend, an Urban Revivo one, because I didn’t want to pay for something I was only going to wear once.

I wore my pink mules which were my best ever Depop buy, I love them. They cost £10 and were originally from Topshop.

My Fiorelli bag cost £2 from a charity shop. That was nice, knowing everything I wore was sustainable – because weddings suck you into buying something new for the sake of it. 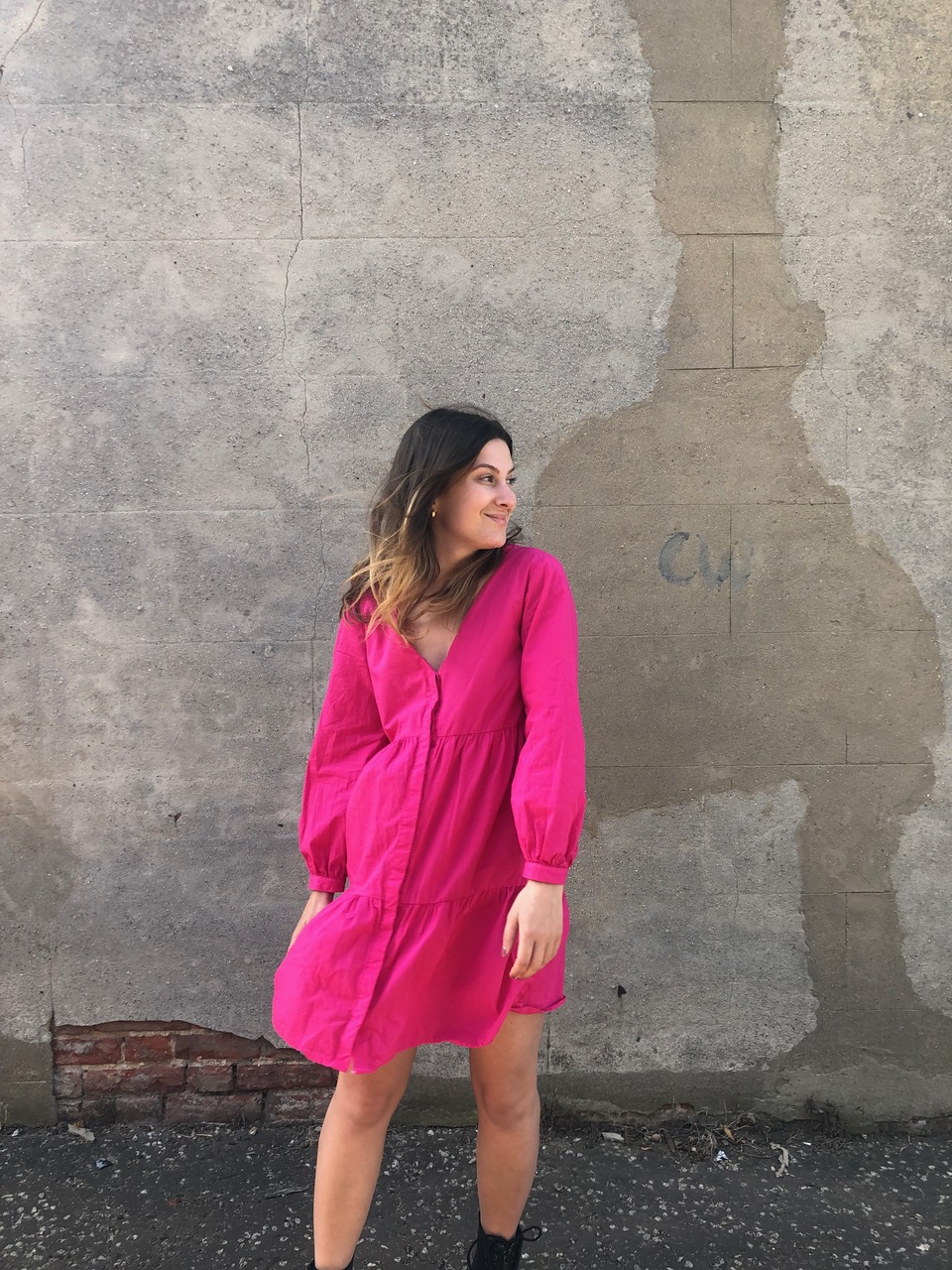 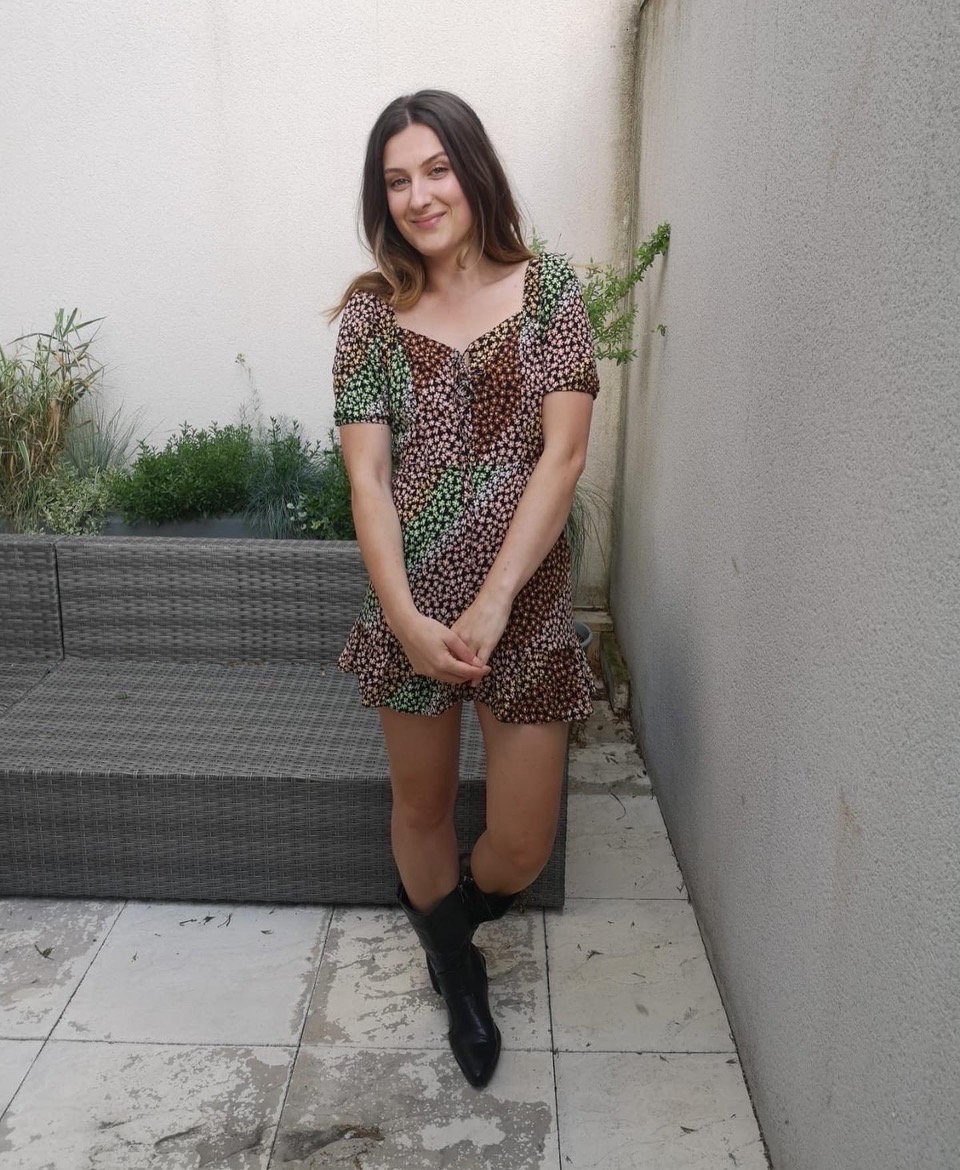 I've found some great bargains with tags on too, including a black structured M&S blazer which I got brand new in a charity shop.

That’s something I'd been looking for for ages, so when I found it I was really happy.

It’s easy to charity shop and just go in and pick up random things, but it all adds up if you're not careful.

With my friends, if they say ‘I really want this Zara jumpsuit’ and I’ll look on Depop for them, to save them that time trawling through the internet.

I think that’s quite a good way of helping your friends make small, sustainable decisions without chewing their ear off about it.

I know second hand shopping is a privilege, you have to have the time to do it and you shouldn’t look down on people who aren’t able to.

I’d like to encourage people to just shop more sustainably, you don't have to do it all the time.

Getting one new coat in a charity shop is great, the little things can still make a big impact if everyone's doing it.

We previously spoke to a woman whose entire wardrobe is second hand from charity shops – her favourite boots cost 20p and she revealed how to get the best bargains.