WITH summer holidays cancelled for the foreseeable future celebs are flaunting their bikini bodies at home – while wearing some unusual accessories.

Stars are stripping off to show off their enviable figures in their two-pieces, as well as their socks and trainers. 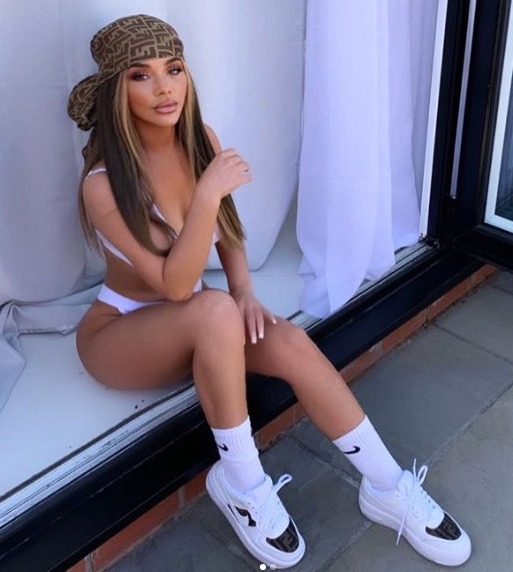 The saying goes you should never wear sandals and socks, but this lot have paired trainers and socks with their swimwear, even though they’re nowhere near a pool or beach.

The barmy fashion trend has taken off on Instagram, with the likes of Jesy Nelson, Georgia Steel, Chloe Ferry and Gabby Allen rocking the chunky shoes in their swimming costumes.

And while the UK might not have that much sun, it’s still going to make for some bonkers tan lines.

Some celebs, such as Laura Anderson, claim they donned the footwear as they were working out. 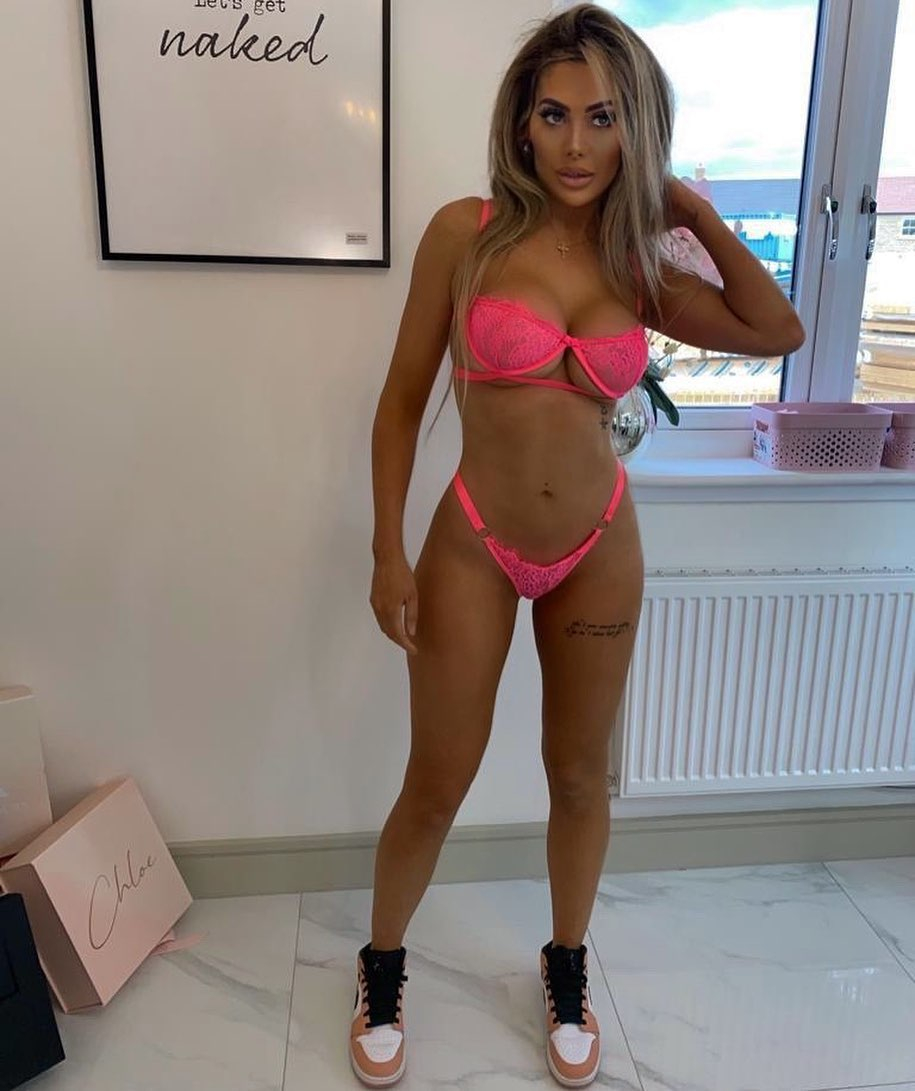 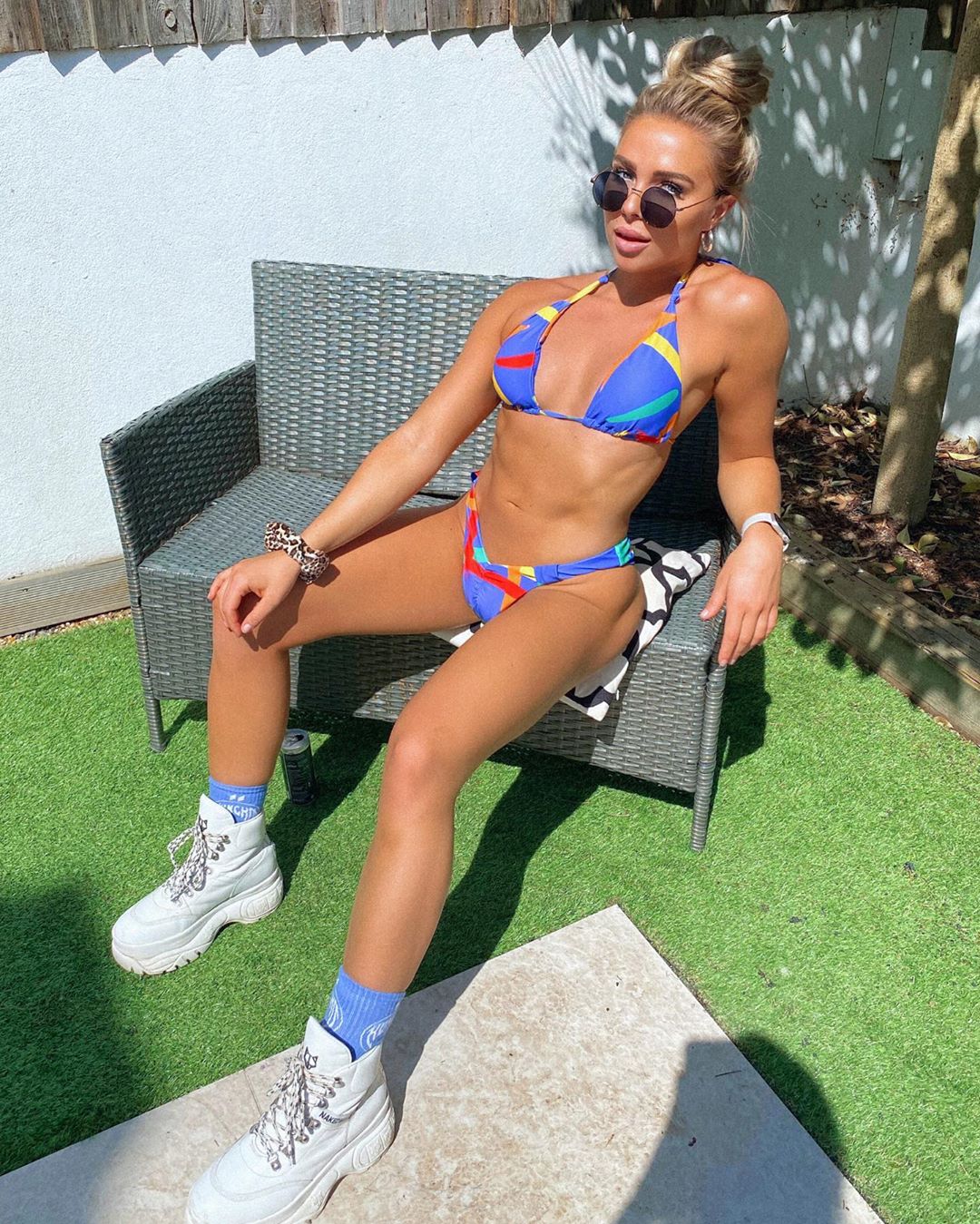 But the bizarre fashion hasn’t gone unnoticed by fans, who questioned why the celebs were wearing the dodgy shoes with their stunning bikinis.

Commenting online, one person said: “Take your shoes off.”

Another wrote: “Hahahaha! Just getting my boots on.” 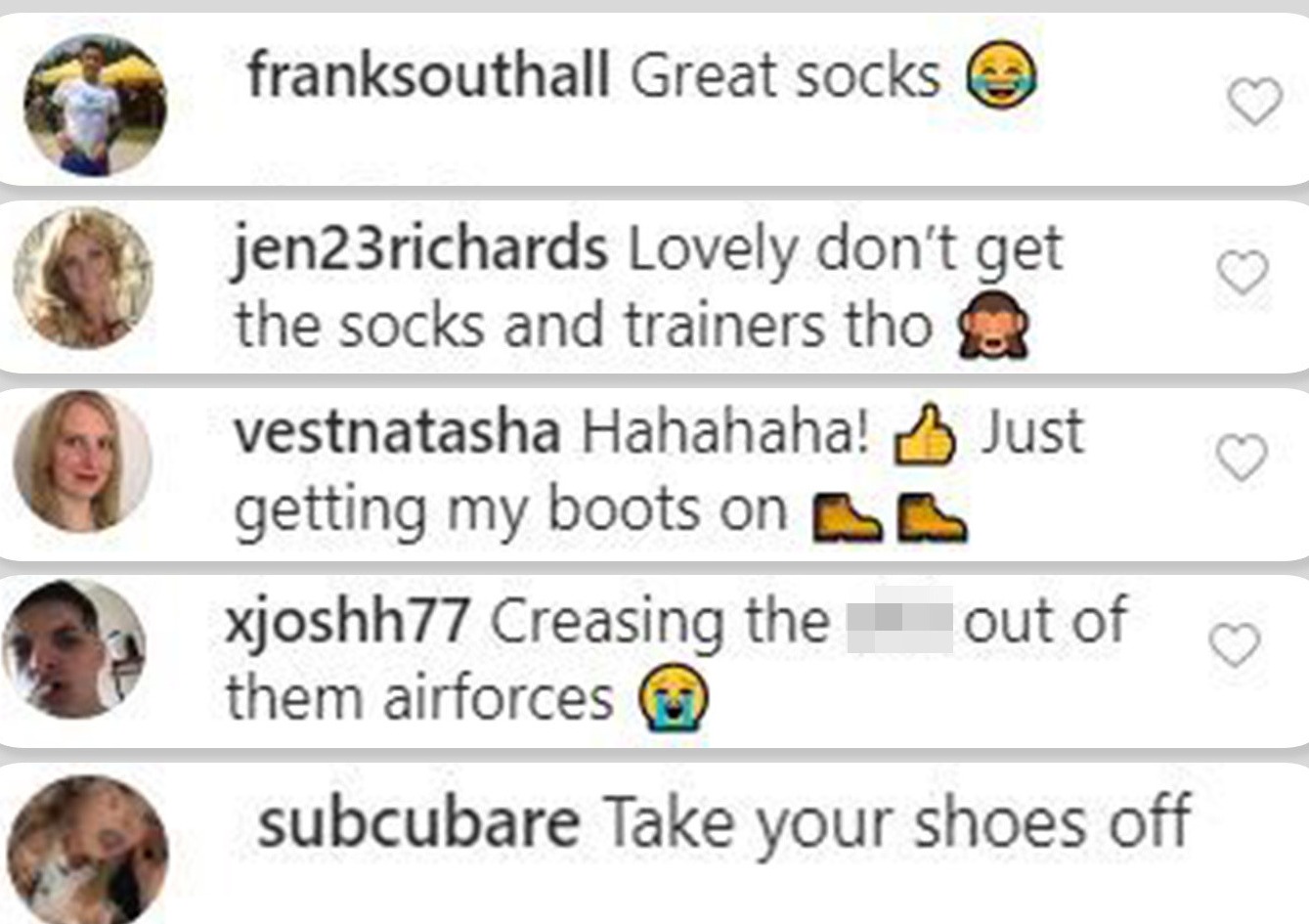 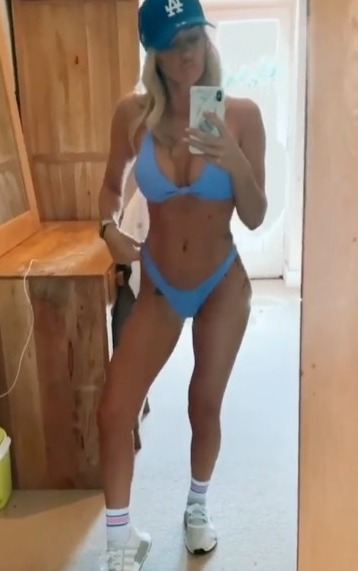 This person thought: “Lovely don't get the socks and trainers tho.”

While someone else noted: “Creasing the s**t out of them air forces.” 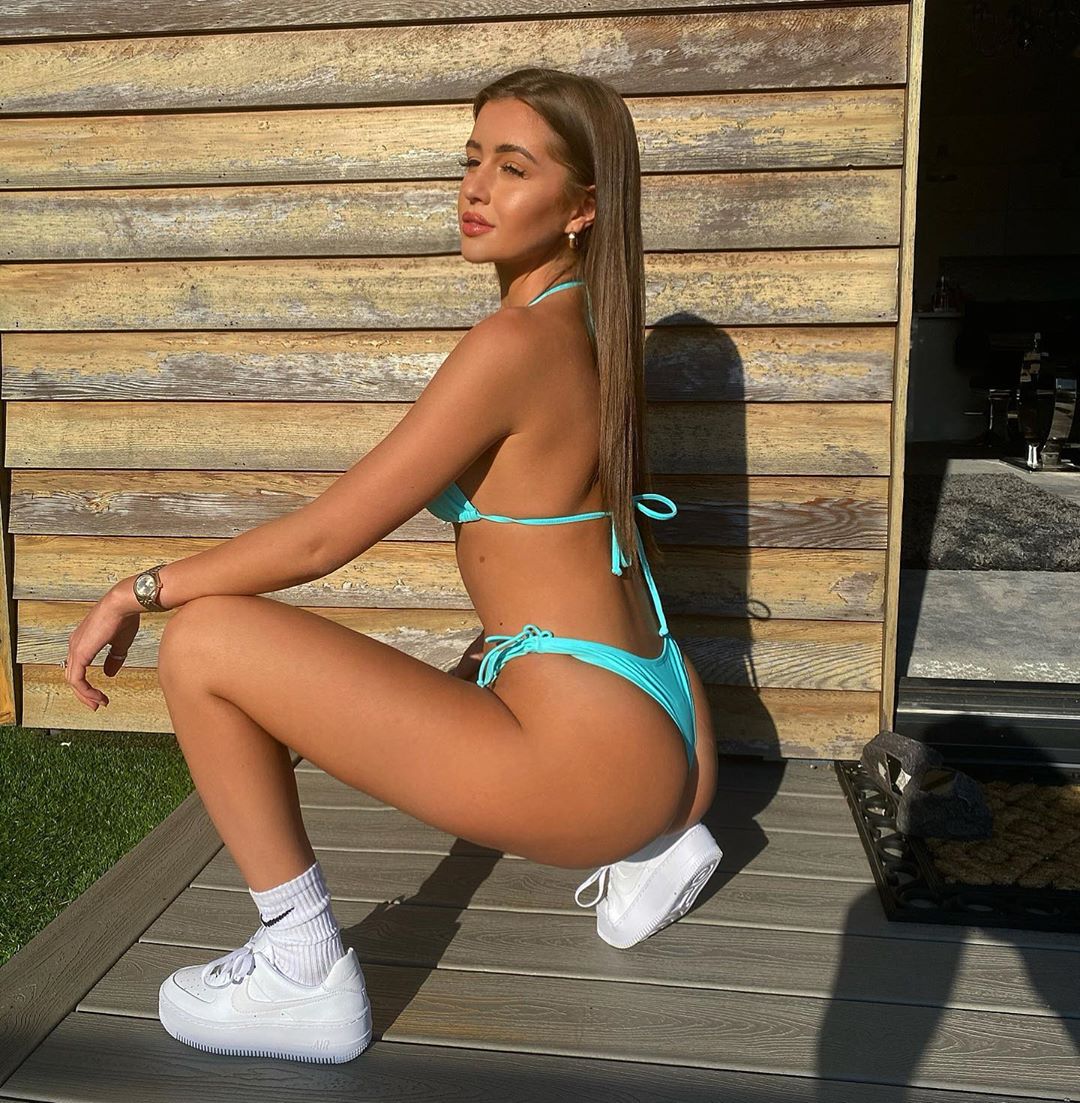 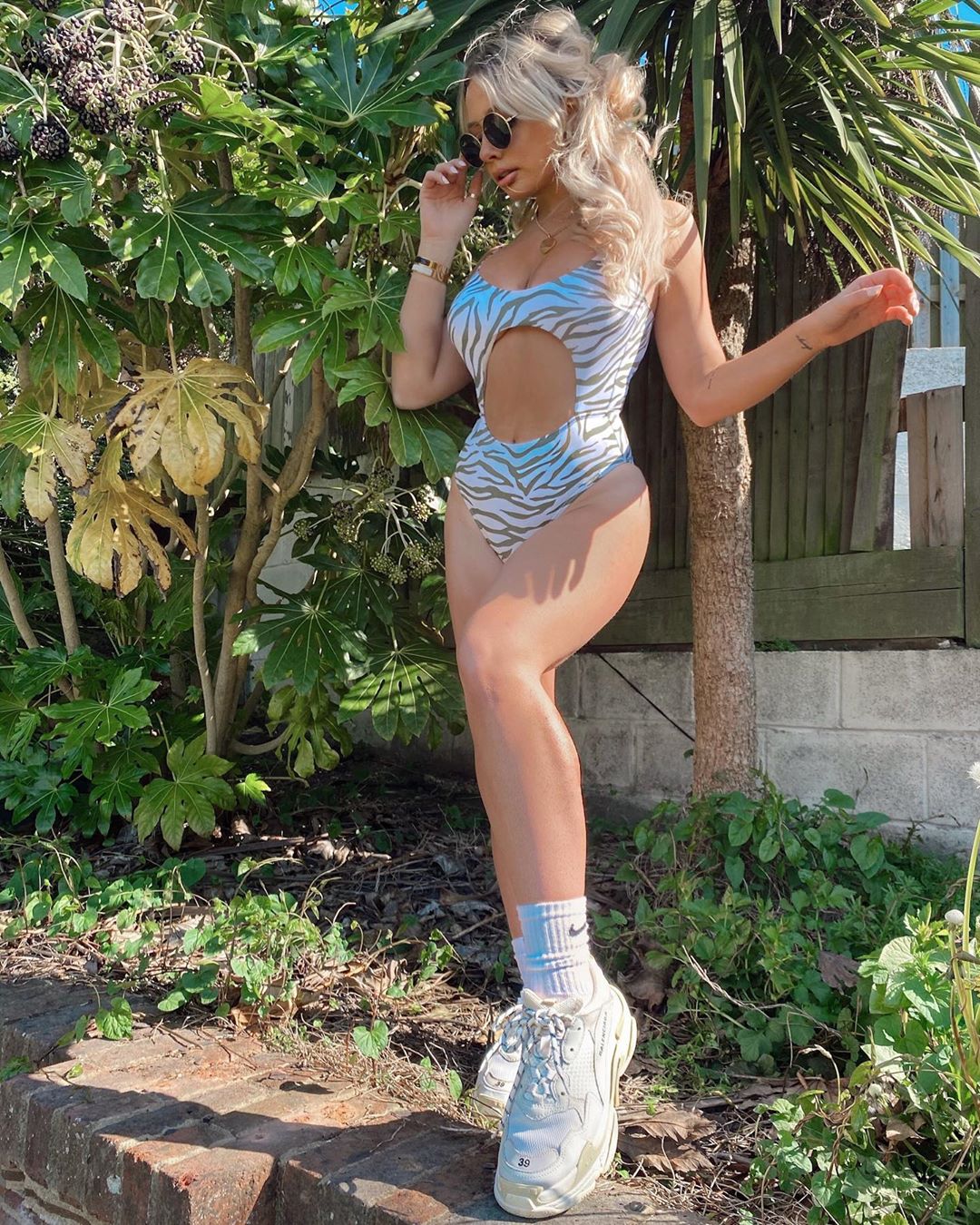 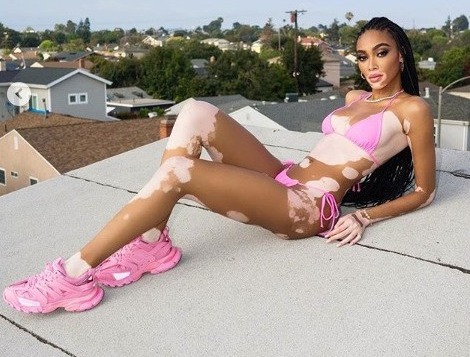 And people began making outfits out of shopping bags & they look good enough for a night out.

Meanwhile here's a round-up of the trend which started it all – the pillow dress challenge.

Plus this is what happened when people started using their duvets instead.