LeBron James will enter the stratosphere when Space Jam: A New Legacy debuts on July 16, but before that, he’ll enter Fortnite on July 14.

Fortnite creator Epic Games revealed Monday it has added James to its Fortnite Icon Series as a playable character, with additional skins and sneakers.

The two outfits, called simply the LeBron James Outfit, were designed by Oscar-winning costume designer Ruth Carter and combine James’ pre-game and on-court personas. The skins feature a blazer with gold or black lion “back bling” worn over a hoodie and black shorts, and sunglasses are optional. The looks also include the Nike LeBron 19 sneakers, the athlete’s upcoming signature sneaker. Other pieces available in the bundle include a wingspan glider, lion pickaxe and LeBron’s on-court celebration “The Silencer.”

Finally, two more outfits in this bundle include James’ Tune Squad uniform from the upcoming “Space Jam” film and a “Taco Tuesday” outfit. A loading screen featuring James in the LeBron James Outfit completes the pack. 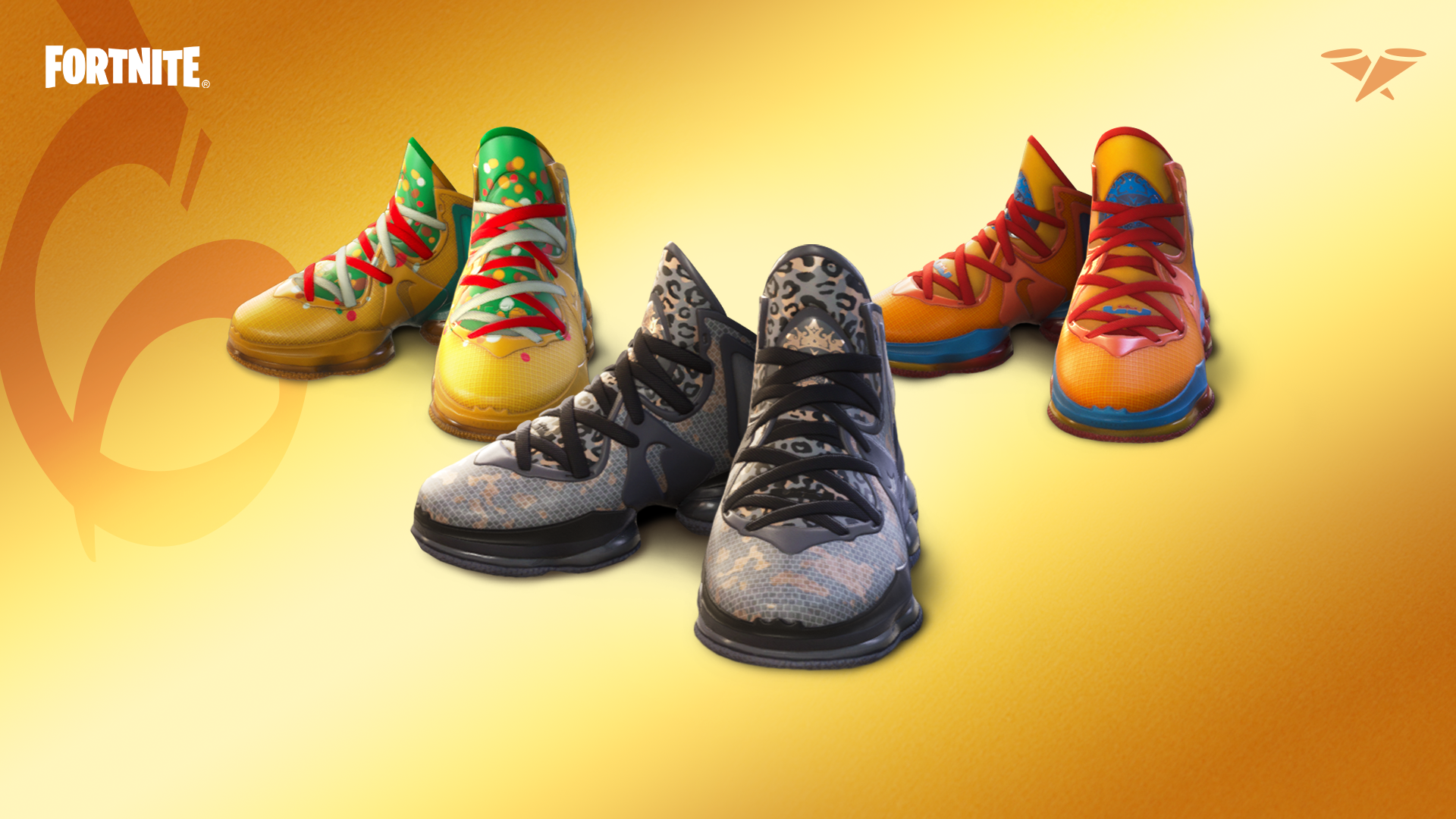 Fortnite is the latest to team with James and WarnerMedia leading up to the premiere of Space Jam: A New Legacy. As many 200 brands have partnered with the film in some capacity, including Nike, Pacsun, Old Navy, Fossil and Hot Topic on products, Tommy Jeans and Forever 21 on capsule collections and Bloomingdale’s on a pop-up shop.

The new film sees James team up with Bugs Bunny, Daffy Duck, Lola Bunny and the Looney Tunes squad in a basketball game to save his son, Dom, from a virtual reality space run by Al-G Rhythm (played by actor Don Cheadle).

Fortnite has also worked with the likes of rapper Travis Scott, DJs Marshmello and Major Lazer, and professional gamer Ninja as part of its Icon Series, and has added characters from Marvel’s Avengers and Capcom fighting game series Street Fighter as skins in its game.

The Warner Bros. Pictures film Space Jam: A New Legacy will release in theaters as well as on HBO Max for a month.