MEGAN Markle’s narration on Disney documentary Elephant is “schmaltzy” but “just the right side of annoying”, according to reviewers.

The Duchess of Sussex, who along with Prince Harry has ceased duties as a senior royal, landed the Disney+ job after her husband was filmed suggesting her for a voiceover job at the Lion King premiere. 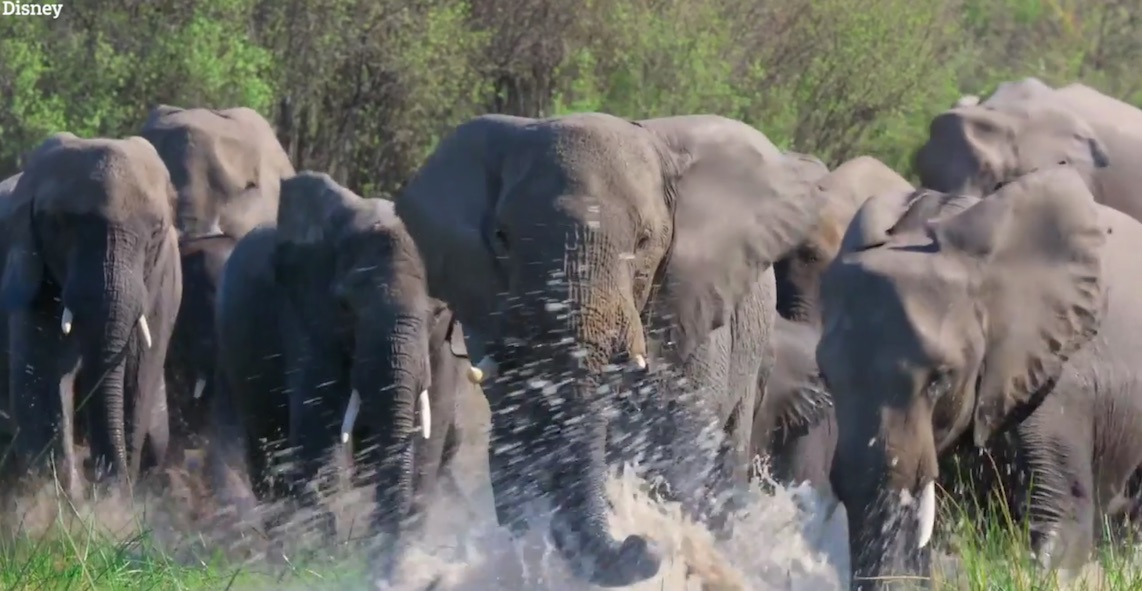 Her film is not out until April 3 but early reviews are already in.

The flick gets a three out of five rating on respected movie website Rotten Tomatoes, which averages global film reviews.

It shows the annual, dramatic, migration of an elephant herd across the Kalahari in search of food and drinking water, moving from Botswana’s Okavango Delta in its dry season, heading for the Zambezi and the Victoria Falls

The journey is led by 50-year old matriarch Gaia, whose sister Shani, a spring chicken at 40, has her trunk full with one-year-old Jomo. 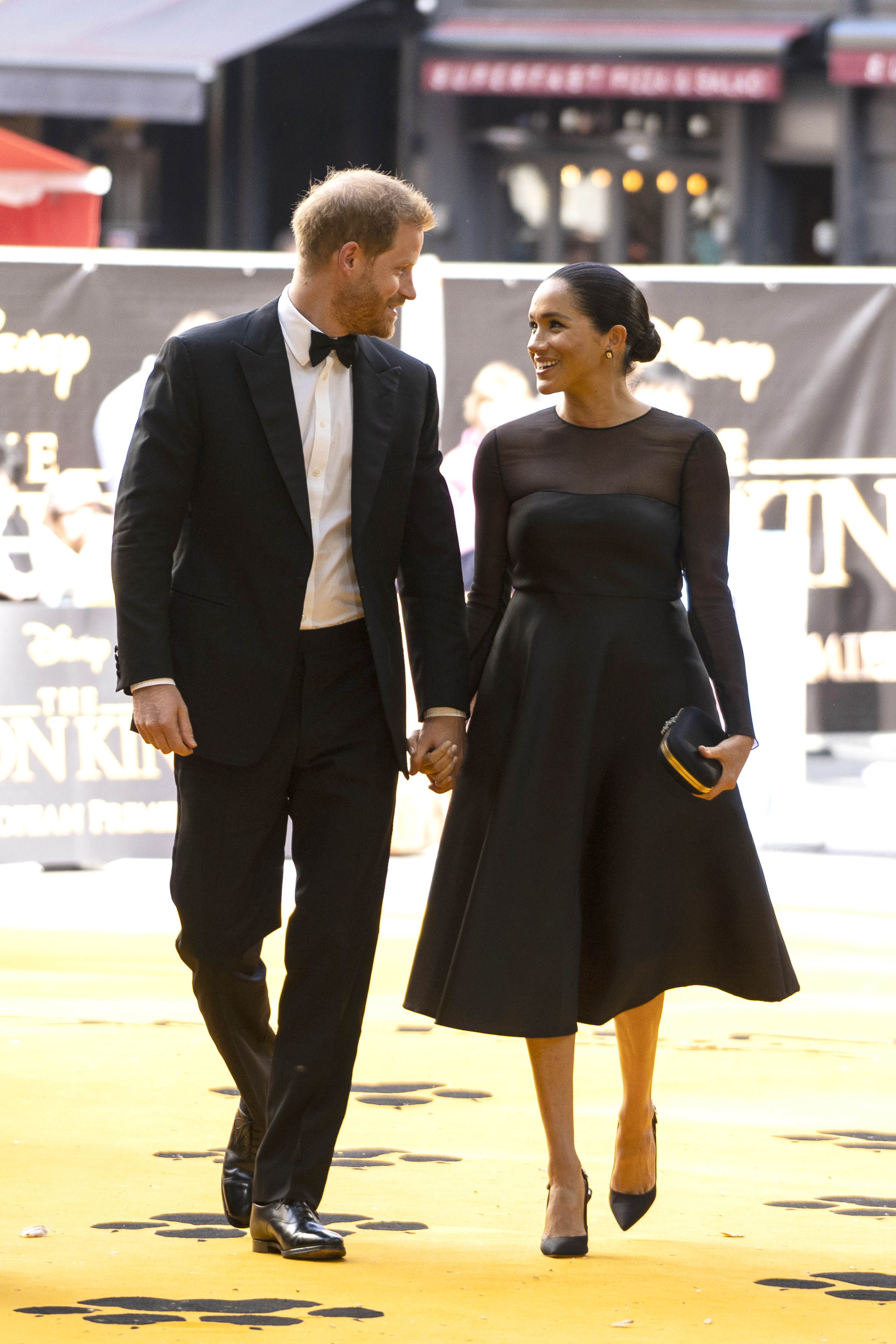 Predictably, reviewers centre on Meghan’s voiceover – but most agree the movie as a whole is far from a David Attenborough epic.

Owen Glieberamna of Variety magazine said: “Meghan Markle does an inviting version of the wholesome but amused Disney narrator singsong as she delivers lines like, ‘Shani has already lost track of Jomo. There he is!’

“It feels like an hour-long safari that’s been padded out to 85 minutes.”

Ian Freer of film mag Empire said: “Markle’s delivery of the commentary is wholesome and over-eager to please (“It’s time for a pool party!” “Wait a minute! Who’s this guy?” “Oh, look who’s cut in front of the line? Oh, Jomo!”)… but just about stays the right side of annoying.

“A fun diversion for the kids, but you feel Attenborough could have packaged these often beautifully produced images with more rigour and insight in under an hour.” 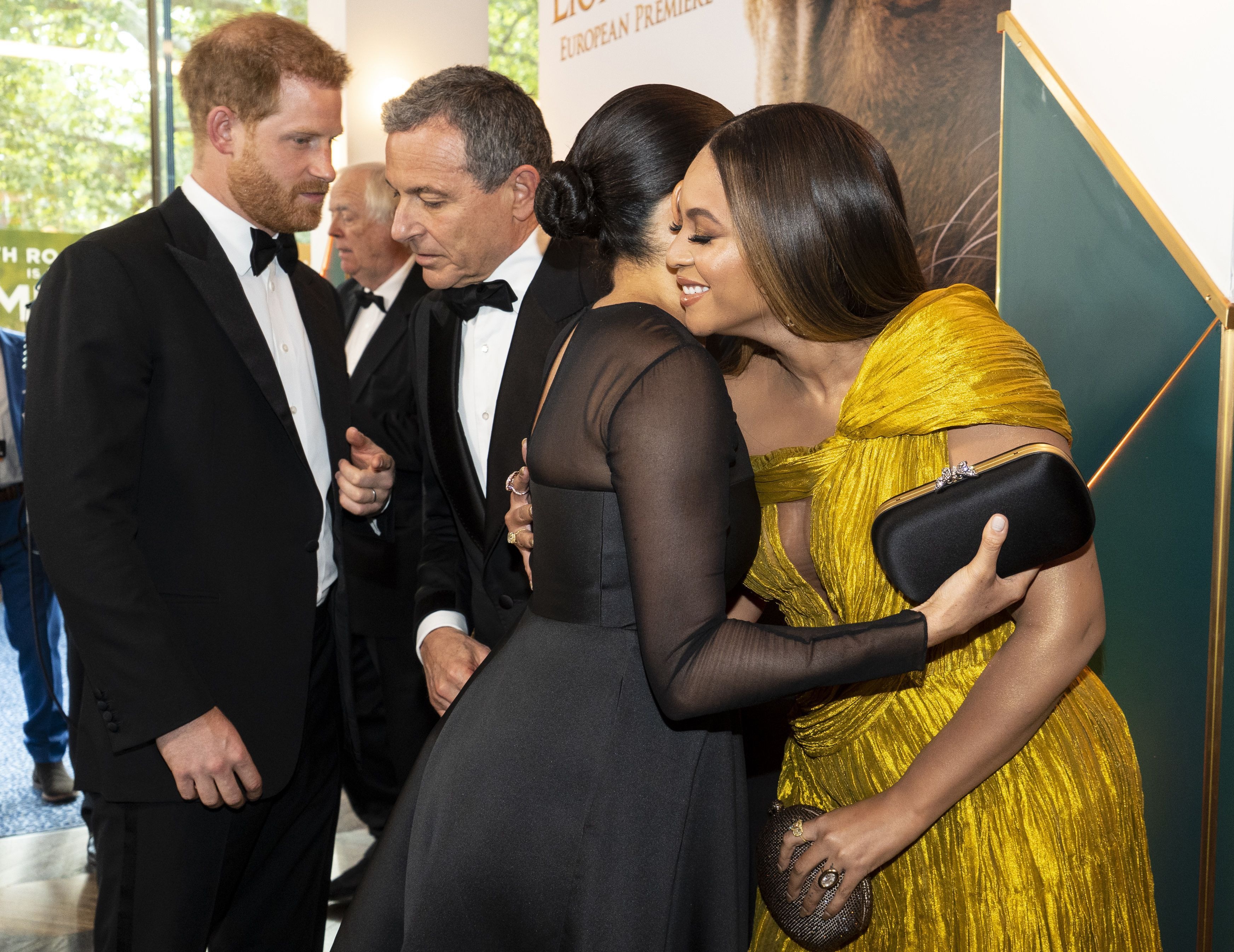 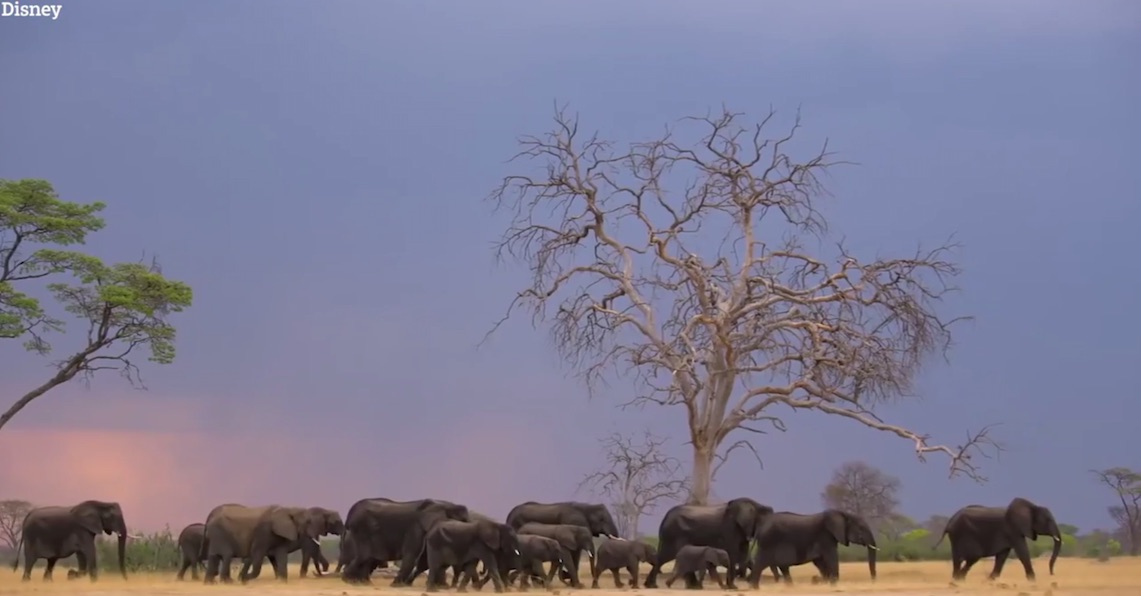 The Guardian’s Peter Bradshaw joked Meghan’s schmaltz is almost as spectacular as the sight of the elephants.

He said: “It is an awe-inspiring phenomenon which Meghan matches with her own spectacular torrents of schmaltz.

“‘For elephants, family is everything! In this tight-knit group, someone always has your back!’ and ‘Meet Jomo!’ coos Meghan.

“Again and again, Meghan is given outrageously unverifiable things to say, such as: ‘Gaia remembers these birds leading her mother to the water…’. And Shani later supposedly ‘looks back on all the lessons she learned from Gaia’. 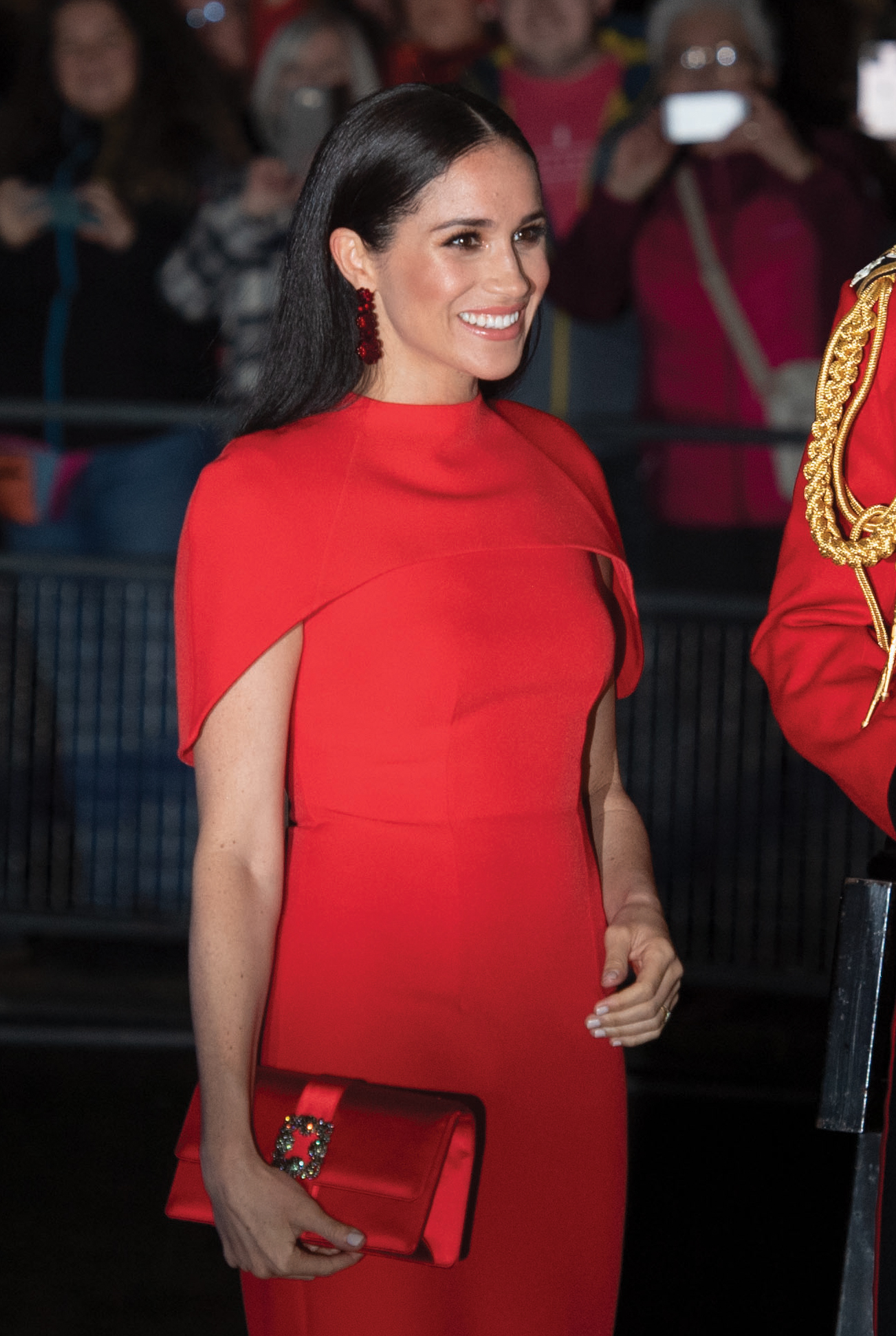 “You expect that this film, like an episode of The Office or Parks and Recreation, is suddenly going to include a shot of Gaia telling an off-camera interviewer: ‘Mmm, yeah, I totally remember my mom being led by those birds over to this water…’.

According to bookies Meghan, 38, who formerly acted on US show Suits, is unlikely to win an Oscar for the role.

She is 20/1 with Ladbrokes to land an Academy Award for Elephant.

It is understood Meghan lent her voice to the film in return for a donation to a wildlife charity.

The show will be available to stream on Disney+ from April 3, three days after she and Harry officially quit as senior royals on March 31.

Yesterday, we revealed how Prince Harry and Meghan are hiring former SAS soldiers to keep their family safe in LA.