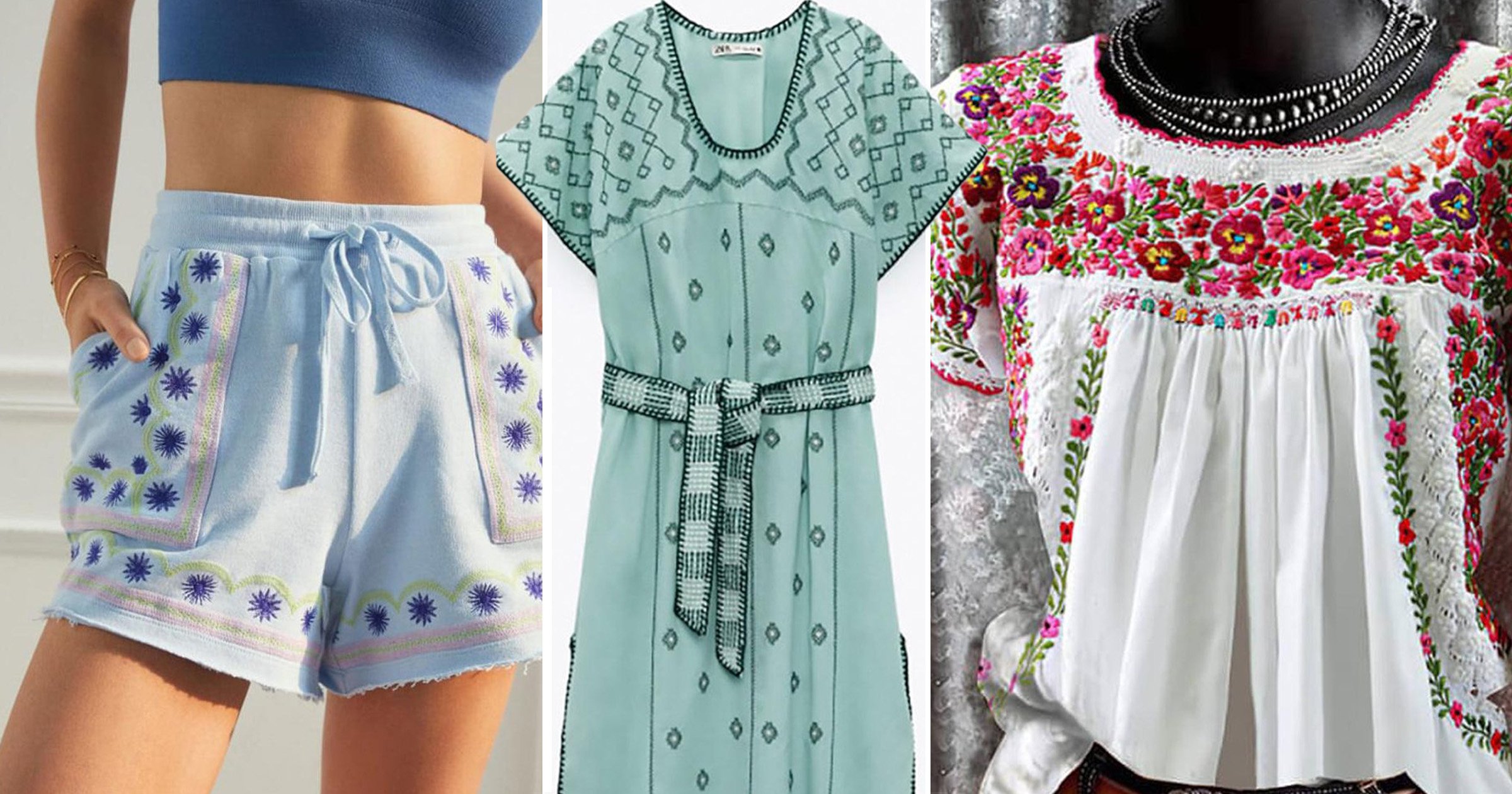 The Mexican government has hit out at Zara, Anthropologie and Patowl and accused the clothing brands of appropriating the cultures of indigenous groups.

The Ministry of Culture says it sent letters signed by Mexico’s Culture Minister Alejandra Frausto to the companies, asking each for a ‘public explanation on what basis it could privatize collective property.’

The culture ministry claims Zara is selling a piece that includes a pattern distinctive to the indigenous Mixteca community of San Juan Colorado in the southern state of Oaxaca.

It also accuses Anthropologie of using a design like one developed by the indigenous Mixe community of Santa Maria Tlahuitoltepec in its sky-blue raw hemmed shorts with violet and mint embroidery.

The culture ministry said these patterns ‘are a manifestation of identity, history and relationship with the environment’.

At online retailer Patowl, the ministry highlighted blouses trimmed with lace and delicate embroidery, which it says copied a pattern from the indigenous Zapoteco community in San Antonino Castillo Velasco.

In response, Inditex, who own Zara, told news agency Reuters: ‘The design in question was in no way intentionally borrowed from or influenced by the artistry of the Mixtec people of Mexico.’

It’s not the first time the government has taken a stand against these patterns being used in the fashion world.

In 2019, the Mexican government accused fashion house Carolina Herrera of cultural appropriation of indigenous patterns and textiles from Mexico in its collection, but at the time, creative director Wes Gordon reportedly said that the collection ‘pays tribute to the richness of Mexican culture.’

Metro.co.uk has contacted Zara, Anthropologie and Patowl for comment and will update the article if they respond.

Get in touch by emailing [email protected]