His side of the story! Michael Costello is speaking out after slamming Kylie Jenner’s 23rd birthday dress on Instagram on Wednesday, August 12.

From ‘Forbes’ to ‘Playboy,’ Check Out Kylie Jenner’s Most Iconic Magazine Covers Through the Years

Costello posted a lengthy comment on Jenner’s post, calling her out for not always tagging fashion designers in her social media posts. Since then, Lala Kent and Savannah Chrisley have put the designer on blast, sharing their negative experiences with him in the past. 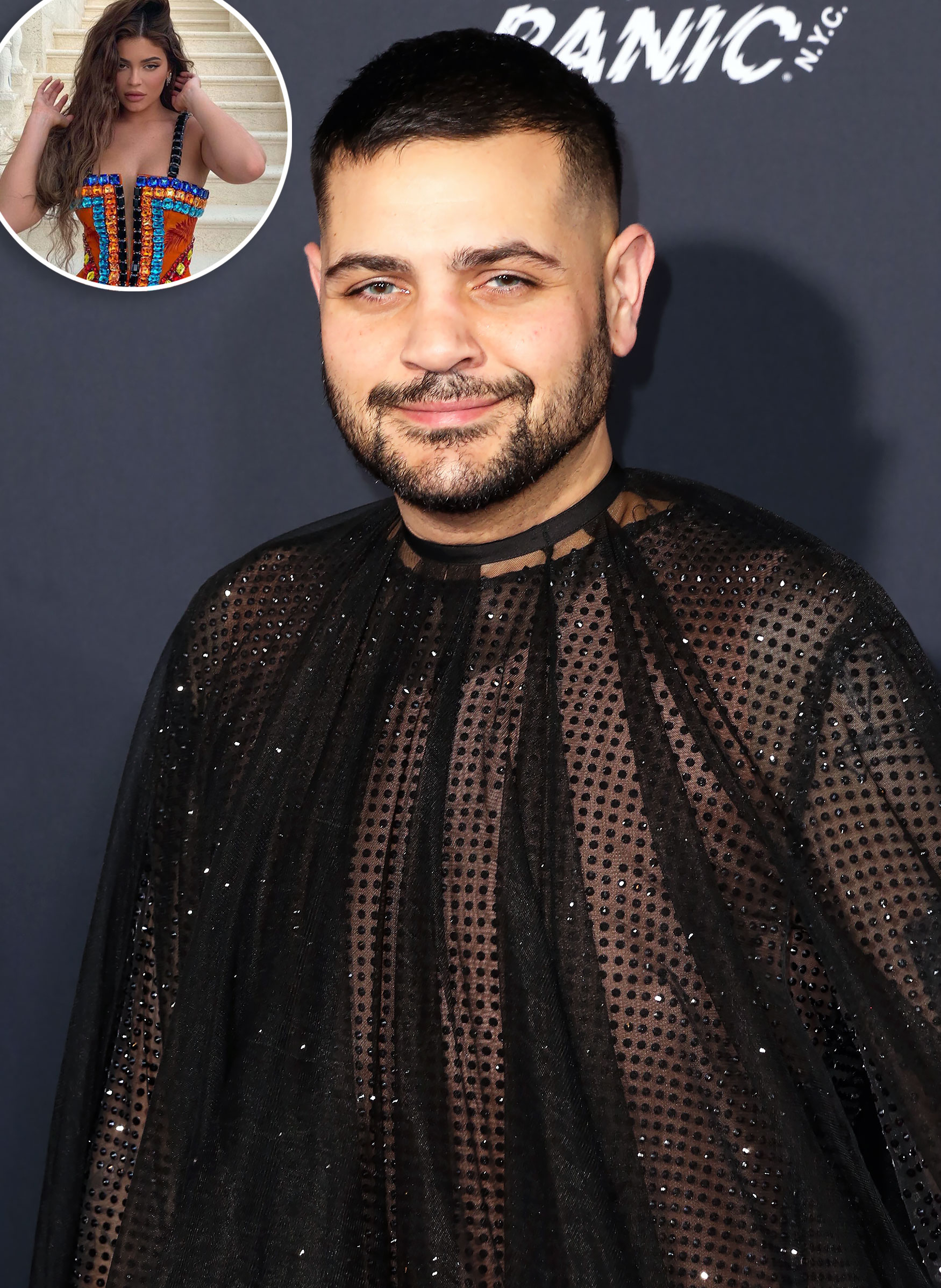 “I have no issues or beef with Kylie Jenner,” the American fashion designer told Us Weekly exclusively. “I love her. The reason I commented on her post is because she is often tagging some designers but not others.”

A Round Up of the Best Kardashian-Jenner Bikini Pictures: From Kris’ Throwback to Kourtney’s Tiny String 2-Piece

Costello notes that she’s not alone. “A lot of celebrities are doing this. For example, Bryan Hearns makes a lot of dresses for Kylie and no one ever gives him any credit and he deserves it. Makeup artists and stylists are getting tagged but the clothing designers are not.”

“In regards to me, there is no bad air,” he continued. “Kylie has worn my outfits about four or five times. She didn’t tag me in posts but her stylist has and she acknowledges me in person and says how much she appreciates my work. I just want the public to see what is happening with the designers and how we are often doing work for free for no credit.”

Vanderpump Rules star Kent came across Costello’s comment on Jenner’s birthday post and called him out on her Instagram Story. “I literally blew him up to make my custom wedding dress-he would have gotten all the ‘tags & @’s’ he’s talking about,” she wrote. “But I never heard back from him… why? Because I’m not ‘big enough.’ So cool out, Costello-you do the same s–t.”

But Costello has a different side of the story. “A year ago, July 15, 2019, Lala Kent was referred to me by my amazing friend Lorianne who owns ‘Wife Of The Party,’ she is wonderful,” he told Us. “We set up an appointment for a bridal consultation for Lala. I said of course and we set up the fitting. Lala never came, she blew the meeting off.”

“It turned out she wanted a complete wedding gown for free or for trade & we had to turn it down,” he continued. “Wedding dresses start at $9,500 and I only make eight of them a year. She wanted me to do that with no budget. It’s not about not being famous enough to work with, it’s that I have to make a living.”

The Most Amazing Royal Wedding Dresses Ever

Chrisley also chimed in on social, claiming that Costello did the “same thing” to her for an “NBC event.”

“It’s completely false for Lala and Savannah to say they are not big enough celebrities to work with,” Costello said. “That is based off the assumption that A-list stars are not paying me, but they are. The larger celebrities I work with such as J.Lo and Mariah Carey pay me. They give me a budget and a timeline.”

“I want people to know that designers and myself deserve to make a living just like anyone else does and we shouldn’t be targeted because we turned down a project,” he concluded. “We deserve the same respect that anyone else gets for their work.”

Listen on Spotify to Get Tressed With Us to get the details of every hair love affair in Hollywood, from the hits and misses on the red carpet to your favorite celebrities’ street style ‘dos (and don’ts!)