A MUM explained that her husband refused to wake up to see to their baby, who cried three to four times per night so she decided to fake sleep to force him to.

The woman, 26, said that she was exhausted by continuously getting up with their 6-month-old tot as her husband, 33, was "too tired" for the task. 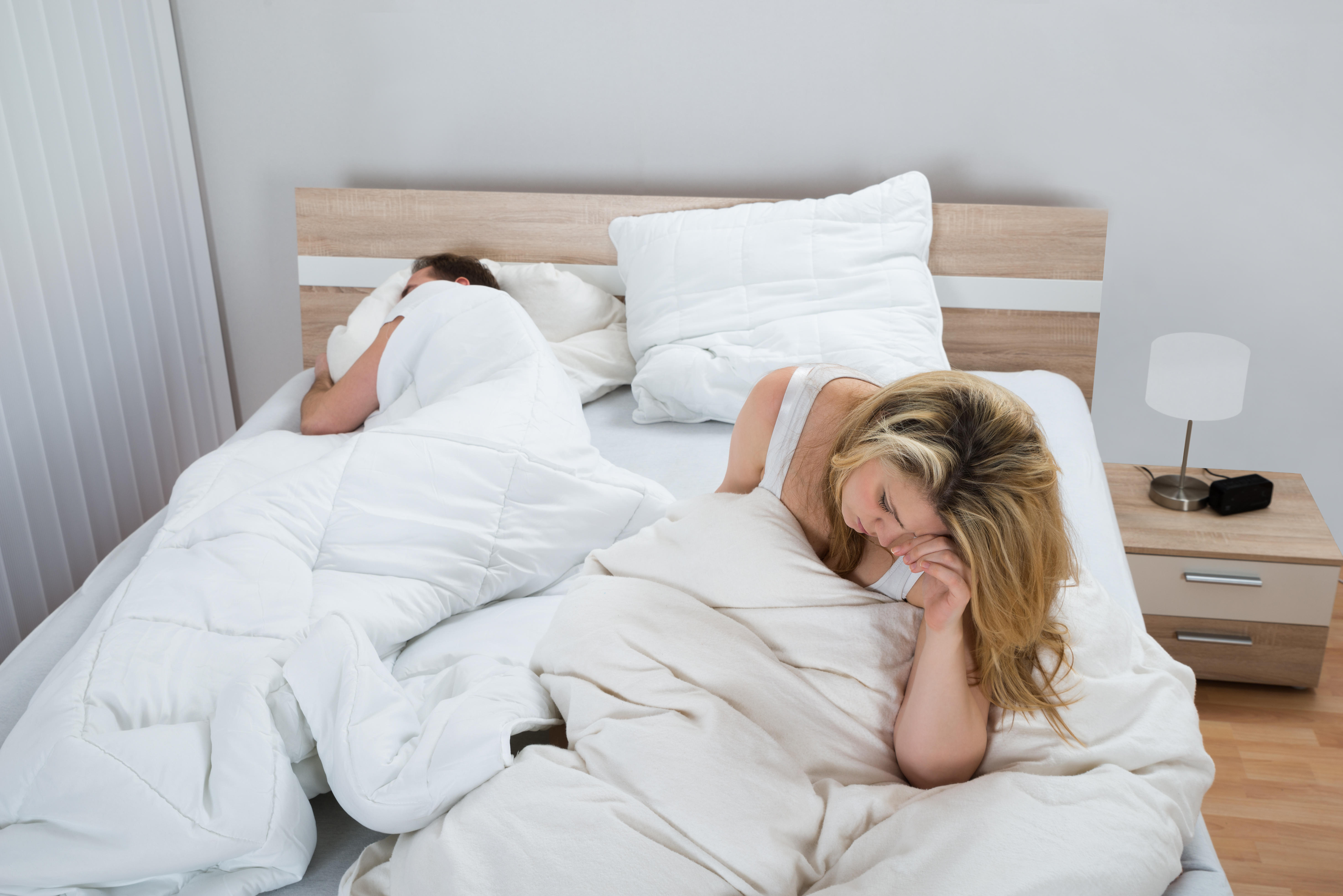 But the husband overheard her explaining her tactics on the phone to her sister and blew up, calling her "childish" and "neglectful".

Taking to Reddit the woman said: "Hubbs and I are in agreement about chores and everything. We do everything equally except I used to have this one issue and that's getting up with my son at night.

"He'd leave this 'task' to me claiming he's too tired to get out of bed.

"Every time my son wakes up at night which is 3-4 times a night.

"I'd wake hubbs up and ask if he want to get up with the baby but he'd say since I was awake then I should do it. Every single time since our son was born."

Fed up of this continuous occurrence, the new mum hatched a plan and decided to pretend to be asleep each time the baby awoke.

She said: "I had enough so I started faking sleep whenever our son wakes up.

"It worked for an entire week Hubbs would wake up when our son start crying and then look me while I fake sleeping and quietly start whispering [my name] but I keep pretending to be asleep.

"Hubbs then would sigh and mumble something then get out of bed to see the baby.

"He started asking me about my 'excessive sleep' to the point where I don't hear our son crying and forcing hubbs to handle it."

He'd leave this 'task' to me claiming he's too tired to get out of bed.

Despite the short term success of her plan, the ruse came crashing down when he heard his wife on the phone telling her sister the plan.

She said: "He found out yesterday while I was telling my sister about it on the phone.

"He blew up saying I'm playing childish games and not my son's needs first like I'm supposed to.

"I said that I'm too tired of picking up the slack for 6 months then being shamed for wanting him to help. He replied boo hoo I get no credit for being a parent.

"I don't deserve a medal since I get up with the baby not climb Everest. He literally said 'just wait til mom finds out about what you've been doing to our son'.

"The argument escalated and his mom called me neglectful towards her grandson and my husband's work.

"She said I was being unreasonable since getting up with the baby is my duty and hearing my son cry should wake the motherly instincts in me but instead I was being petty and like her son said childish for pulling crap like this on a hard working man who needs sleep to function at work.

"They both kept giving me hell for what I did and hubbs has officially moved into the other room after he said he called my bluff.

"Basically washing his hands of nightly child care and leaving it all to me as a punishment for my disgraceful acts."

He literally said 'just wait til mom finds out about what you've been doing to our son'.

She added a few additions to the initial message, saying that she is currently off work but will be back shortly and that her husband has a tendency to draft in his mother in arguments and that she's "intimidating" and "loud".

One said: "This is his baby too and he doesn't have the right to demand that you wake up multiple times every night for months while he does not."

Another said: "He’s a parent, too.

"But apparently he’s still a little kid as well since he ran to his mommy whining about what you did.

He's a parent too, but apparently he’s still a little kid as well since he ran to his mommy whining about what you did.

"He doesn’t respect the care work you do as a parent and he seems very immature.

"Now is the time to stand your ground, otherwise things will never improve."

While a third said: "I am having a baby tomorrow and hubby and I already agreed he takes the 10p-2a shift and me the 2a-6a shift since he is the night owl and I am a morning person.

"We both get sleep and help. And getting his mom to fight his battles is ridiculous."

For more feuding couples, a mum refused to change her baby’s nappies, but instead makes her husband do it, she said it’s only fair as she never wanted kids.

While this woman "paid" her husband to do household chores with time playing video games but he said it was demeaning.

Plus this fed-up woman went on "wife strike" for two weeks – as her husband does nothing and the house was littered in dirty loo roll.