The seven-inch record, whose flip side features “Partyman” from the 1989 “Batman” soundtrack, is already for sale for 18 euros at the PSG Megastore on the Avenue des Champs-Élysées in Paris and on the club’s website. The limited-edition clothes are to be available from May 24.

For the latter product line, Paris Saint-Germain collaborated with Trevor Guy, a longtime associate of Prince and creative director of his estate, and designers Cathy Robinson and Lori Marcuz of Toronto-based studio Call & Response, who outfitted the music superstar in their snazzy jackets between 2011 and 2016. The collection includes official team jerseys embellished with Prince’s characteristic symbol, hand-dyed purple knits, Neoprene jogger sets, leather hoodies with embroideries and leather bucket hats embossed with a croc pattern. 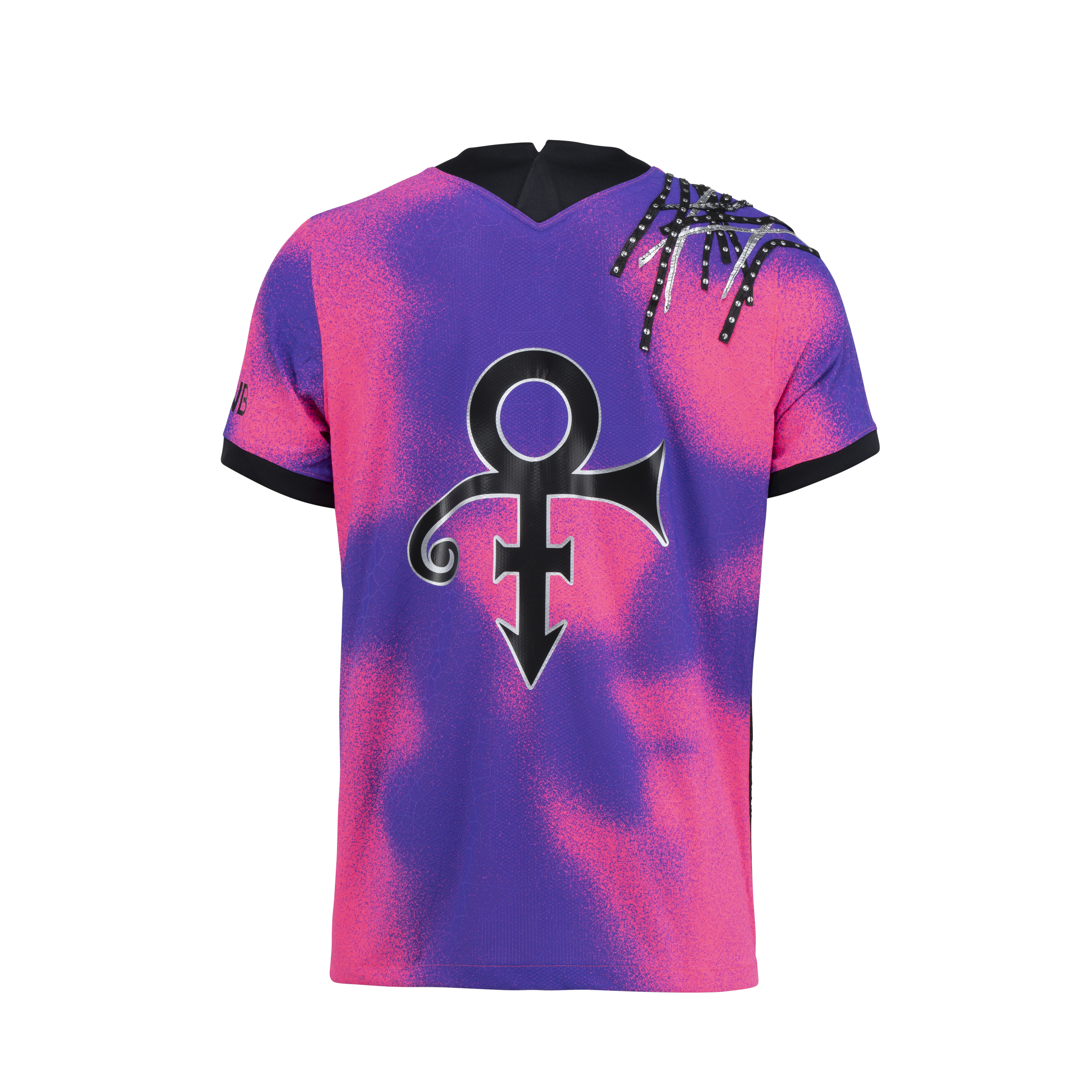 An official Paris Saint-Germain jersey in collaboration with Prince.

PSG, which collaborated with the Prince estate, is also planning a streetwear collection dubbed Prince of the Parc, spanning Prince-inspired T-shirts, crewnecks, hoodies and hats. Some quantities are to be dispatched to select Paris Saint-Germain stores in Japan and the U.S.

According to the partners, Prince had a strong affinity for Paris, kept an apartment in the French capital and performed there countless times since the mid-1980s, including a 1990 performance at the Parc des Princes stadium, the home of Paris Saint-Germain. The version of “Cool” on sale now comes from Prince’s last live performance in Paris at the Zenith on June 1, 2014.

Prince’s Fashion Style Through the Years