There are some songs that have lyrics so saturating of our psyche that they seem almost innate; that have crowds raising their drinks and bellowing along to the chorus in a dive bar at 2 a.m. … well, maybe not that, at least not now.

Songs named for people have long been part of the pop culture landscape: Dolly Parton’s Jolene, the elusive Lola name-dropped by the Kinks, the mysterious Roxanne (Sting, Arizona Zervas). Taylor Swift’s new album, “Evermore,” has two tracks named for women; “Marjorie” appears to be inspired by Ms. Swift’s grandmother. The other one, “Dorothea.” has set the internet alive with debate about its inspiration.

All this is very familiar to Valerie Star, a makeup artist. In 2006 Dave McCabe, whom she’d dated for a short time, wrote an indie rock song about their relationship. Their heady romance was cut short when Ms. Star was arrested on charges of driving under the influence, and Mr. McCabe’s musical tribute served as a sort of wistful love letter to her.

Played by Mr. McCabe’s band the Zutons, the song peaked at No. 9 on the British charts. It might have faded into obscurity but for the interest of Amy Winehouse, who recorded a version of “Valerie” with Mark Ronson. The rest is a history written in endless covers and, at one time, karaoke renditions.

“That’s when I really started hearing the song out and about randomly, in movies, and commercials. It’s everywhere,” Ms. Star said in an interview. “It was a brilliant song, and I loved everything about it. It described that moment in my life and those trials and tribulations that I had gone through in the most quintessential way. I would never change a thing about the reasons why that song happened, the things that put me in that situation or anything about Dave and I.”

Like the Zutons, whose other almost-hit track was “Oh Stacey (Look What You’ve Done),” Ms. Swift has name-dropped many times in her lyrics. “Betty” was speculated to be Karlie Kloss (whose middle name is Elizabeth) and Rebekah Harkness (who is said to have used Betty as a nickname), before Ms. Swift eventually confirmed that the song was named after Blake Lively and Ryan Reynolds’s youngest daughter.

And who could forget the hit single “Style,” supposedly based on Ms. Swift’s romance with Harry Styles? Or her back catalog classic “Hey Stephen,” a song inspired by Ms. Swift’s teenage crush?

The identity of the woman that Ms. Swift sings about in her latest record may never be revealed, if she even exists, but if she does then Sharona Alperin, the subject of the Knack’s 1979 hit “My Sharona,” may have some wisdom to impart.

Ms. Alperin was introduced to the lead singer of The Knack, Doug Fieger, when she was working in a clothing store, by his girlfriend at the time, and was invited to hear the band play at a rehearsal studio. “Soon after he met me, he took me to lunch and told me he was in love with me,” she said. “I thought it was sweet, but he was 11 years older and I had a boyfriend at the time who I was madly in love with.”

Eventually Mr. Fieger won Alperin after writing the catchy bass-driven track about her. She spent her late teens touring the world with him, with the song that pleads with her to “give me some time” being the highlight of every show.

“It played everywhere I went,” Ms. Alperin recalled. “It was in the elevator, it was in the dentist, it was on the airplane, in the market, played by every Top 40 band. It was everywhere. It was exciting, and it was everything.”

“When we broke up it was time to be my Sharona,” Ms. Alperin said. “The word ‘my’ in that song says a lot. There’s not more of a possessive or obsessive word in the English vocabulary. He thought I was his soul mate, his other half, but it was a lot.”

Similarly, while many were charmed by the Plain White T’s 2006 love song “Hey There Delilah,” the real Delilah DiCrescenzo was somewhat less so. Ms. DiCrescenzo was living in New York City at the time — as crooned plaintively in the opening lines — and she reported being stunned when a brief encounter led to her being name-checked. In a 2013 interview she remembered being anxious that she had led the songwriter Tom Higgenson on, feeling the pressure to live up to the expectations of fans and worrying about the impact on her fledgling athletic career. 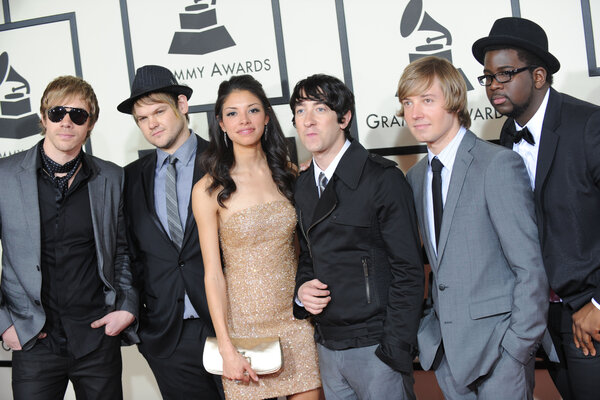 And these women were written about before social media truly took off. The online furor to uncover the identity of Beyoncé’s “Becky with the good hair,” framed as the singer’s rival in “Sorry” on “Lemonade,” reflects how an era of lessened privacy means that being the subject of a song can now be much more invasive.

“‘My Sharona’ was written before social media,” Ms. Alperin said. “Things are very different now, and I feel that I wouldn’t have had the privacy that I have now if it had been written today.”

Indeed, Ms. Star managed to keep her identity a secret until 2019, when she was tracked down by Vice. But although she said that she has now removed “Valerie” from her playlists, and avoids bringing up the connection to the song on a first date, particularly with other musicians), she has no regrets about what she called “a part of my life, a moment in time that has transpired, that will live forever, ‘Valerie’ has made a mark that has now taken on a life of its own. I wouldn’t change anything about it.”

Now a real-estate agent in Los Angeles, Ms. Alperin said that people will sing the song to her when she introduces herself without even realizing that she is the inspiration, and plead for pictures while she does open house viewings.

“There are good days and bad days,” she said. “I’ve never gone a week without people singing ‘My Sharona’ to me. It’s been with me all these years, and it would never do me any good to feel anything other than gratitude and humility about it. It’s nice to bring people excitement, and it’s a special thing in my life. I appreciate the wonderful experience it’s been.”