A WOMAN has revealed the extreme lengths she went to when she suspected her boyfriend was cheating on her to try and catch him out.

TikTok user @jensen.jackie recalled how she caught her boyfriend going behind her back by stalking his location online and even searching the property he was supposedly at. 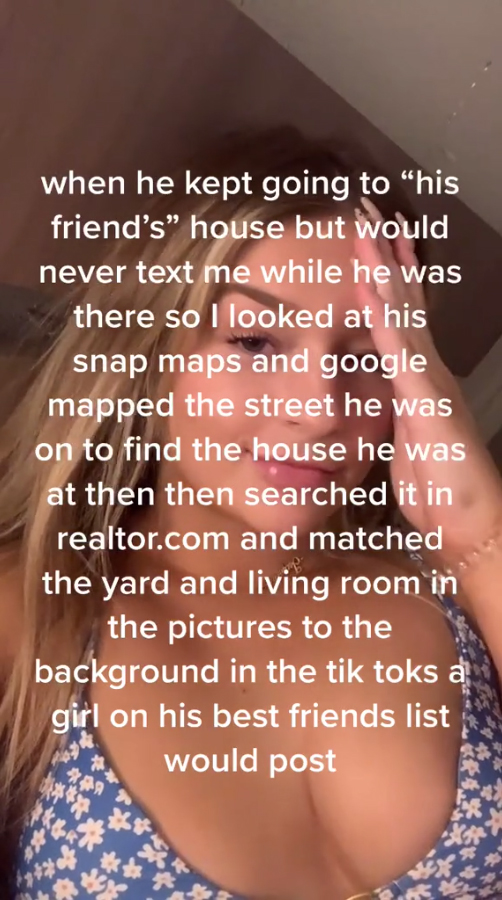 She revealed that her boyfriend would frequently say he was going to his friend's house, but while he was out he'd stop communicating with her.

Feeling like something was wrong, she then tapped into her detective skills and decided to track him down using his location on Snapchat and Google Maps.

In a video shared online, that has since been seen by thousands of people, the woman revealed: "When he kept going to 'his friend's' house but would never text me while he was there. So I look at his Snap maps and Google Mapped the street he was on to the find the house he was at."

Not stopping there, she decided to look up the house on a property site. 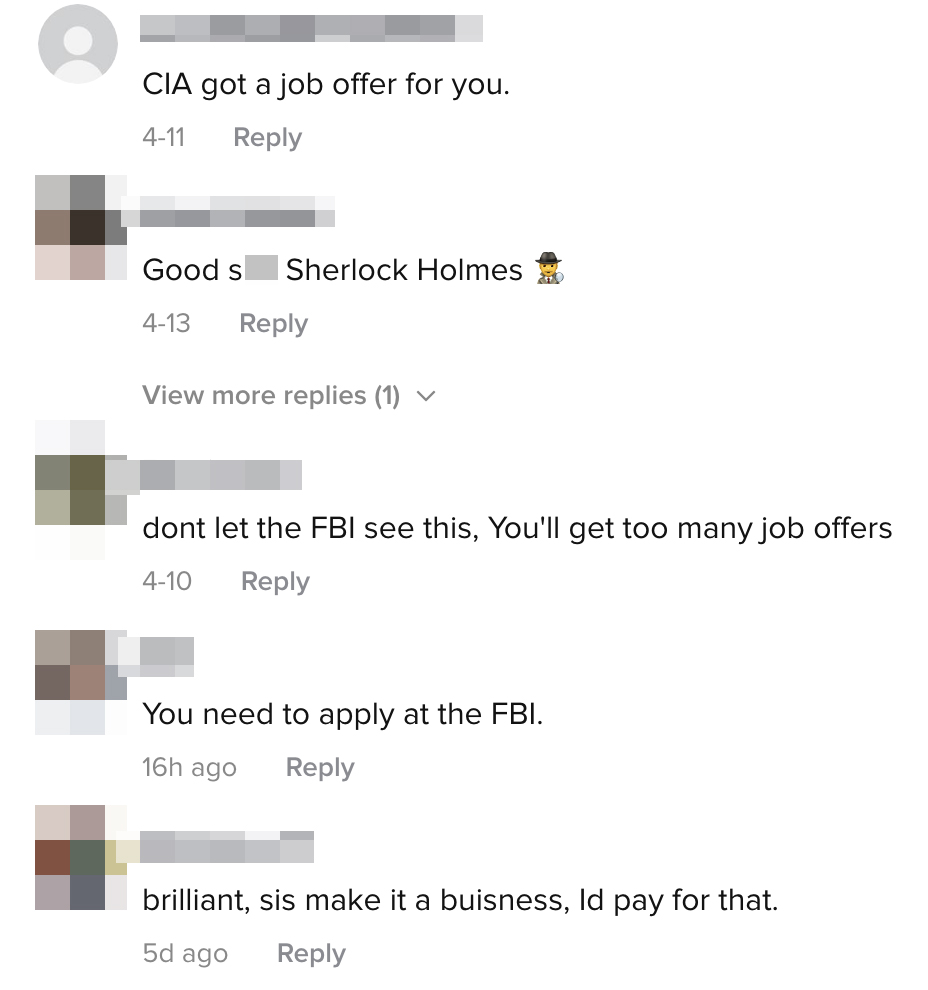 The woman continued: "Then searched it on realtor.com and matched the yard and living room in the pictures to the background in the TikToks a girl on his best friend's list would post."

Women were seen praising her dedication to catching out her man in the comments, with nearly 1k liking her video.

"You're a queen for this," wrote on person, while another commented: "A very talented woman."

The girlfriend had posted her video along with audio to Gnarls Barkley track Crazy and the line in the song that says: "I remember when, I remember when I lost my mind."

Referring to the song, another person commented: "You didn't lose your mind maam, you just discovered a new talent."

"CIA got a job offer you," joked another viewer, while one more could relate as they added: "We've all been there girl."

Another teased: "Brilliant, sis make it a business, [I'd] pay for that."

Meanwhile, one woman found out her boyfriend was cheating when a friend sent her his online dating account – and his response will amaze you.

Plus, one scorned girlfriend covered her boyfriend's entire wall in text messages he'd sent other girls after learning he'd cheated.

And, one woman enlisted the help of the internet to help her track down the 'hot' firefighter who had rescued her from a lift.