A WOMAN has shared a terrifying video of what appears to be a “haunted” doll moving of its own accord.

Holly Armstrong shared the creepy footage on her TikTok account where it has since gone viral with over 1.3 million likes. 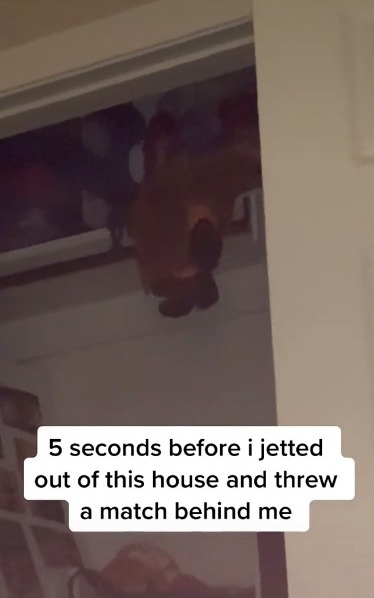 In the clip Holly films the inside of a wardrobe where a wooden doll can be seen sitting on the top shelf.

She can be heard gasping “oh my god” as the dolls feet begin tapping together before it appears to lift its left leg independently.

Captioning the video she wrote: “5 seconds before I jetted out of this house and threw a match behind me.”

While Holly was able to refrain from setting the house alight, she admitted that she did immediately leave the building which she was house-sitting for a family. 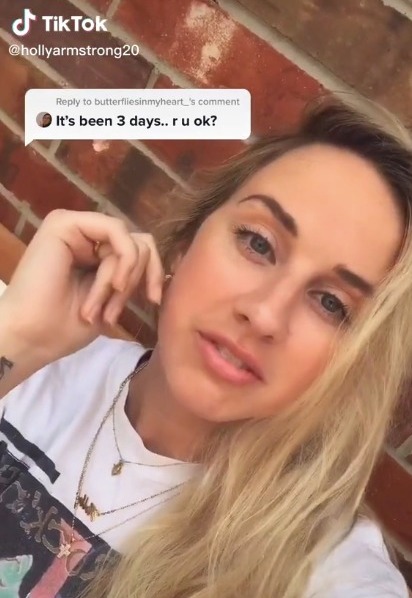 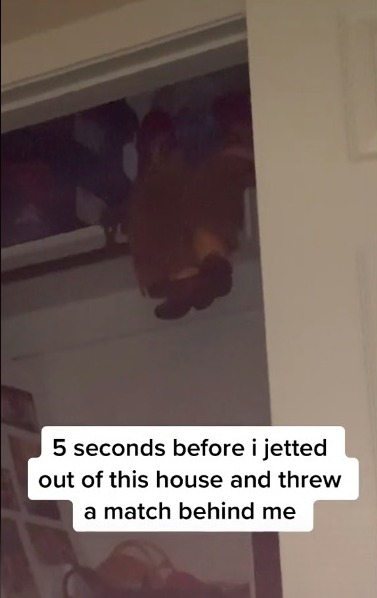 The disturbing video prompted concern from her followers, but Holly was quick to reassure them with a follow-up video a few days later.

Speaking in the clip, she said: “What happened was I was house-sitting for a family, I was there over the weekend.

“I felt like creepy crawlies just being upstairs by myself and all that happened was that I left afterwards.

“I notified the family and they’re going to investigate it further but I’m still kind of in shock.”

In other paranormal news, this pregnant woman was left terrified after spotting a shadowy figure in the background of her video.

And this woman claims that her husband bought a ghost into their home who constantly bangs doors.

Plus this family claim that their Frozen Elsa doll is haunted, and it keeps coming back into the house.