A WOMAN was left shocked after receiving a rude note from a neighbour threatening to report her to the council over her “awful” parking.

In the angry letter, the neighbour has said she could no longer get off her driveway – leaving the woman to claim that it is actually the note-writer’s fault for not being able to drive properly. 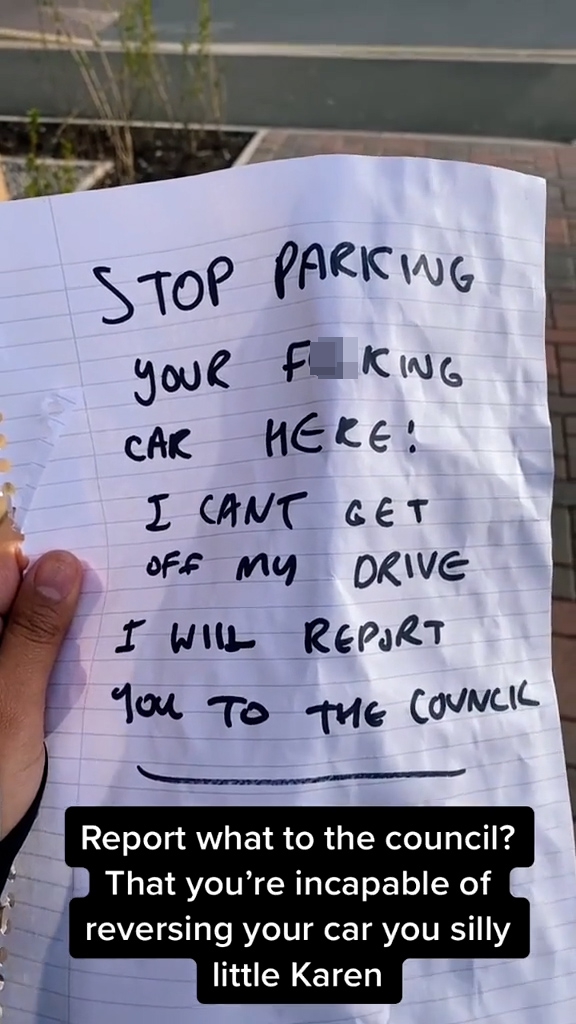 “I can’t get off my drive. I will report you to the council.”

The shocked note-receiver, who posts on TikTok as @snormo, shared a copy of the note with the video caption: “Karen’s doing what Karen’s do best.”

She hit back, saying: “Report what to the council? That you’re incapable of reversing your car you silly little Karen.” 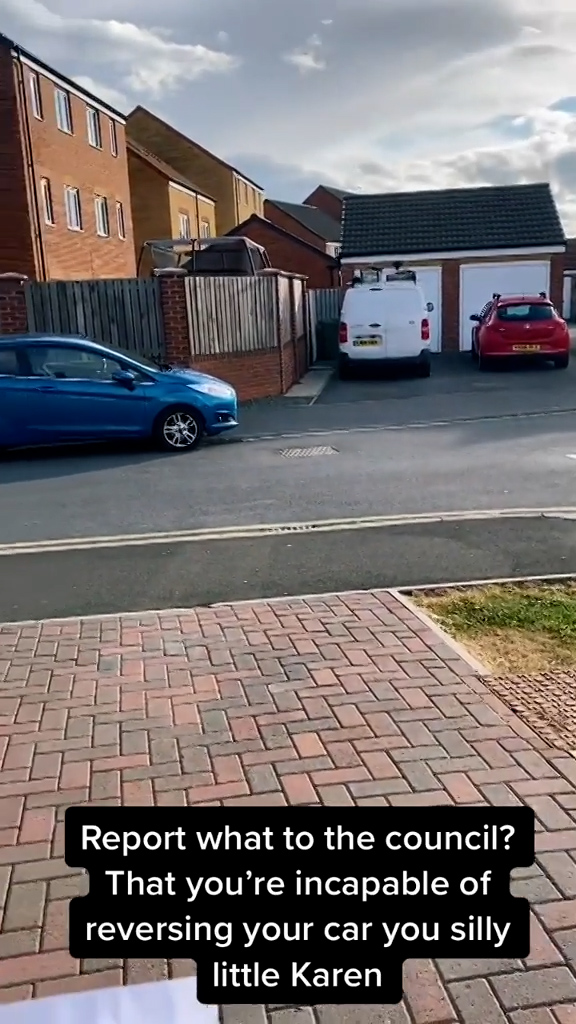 She argued she was not blocking any drives or pathway for prams, and it was simply a parking spot close to her work.

Since uploading her video, it has racked up over a million views.

One viewer wrote: “I don’t see anything wrong here.”

However, many people said she was in the wrong, with many saying: “She is correct, move your car.”

We previously shared a driver’s brutal reply after neighbour leaves angry note on his car to complain about his parking.

And a fuming woman writes angry note to neighbour who she thinks nicked her takeaway – so who do you think is in the right?