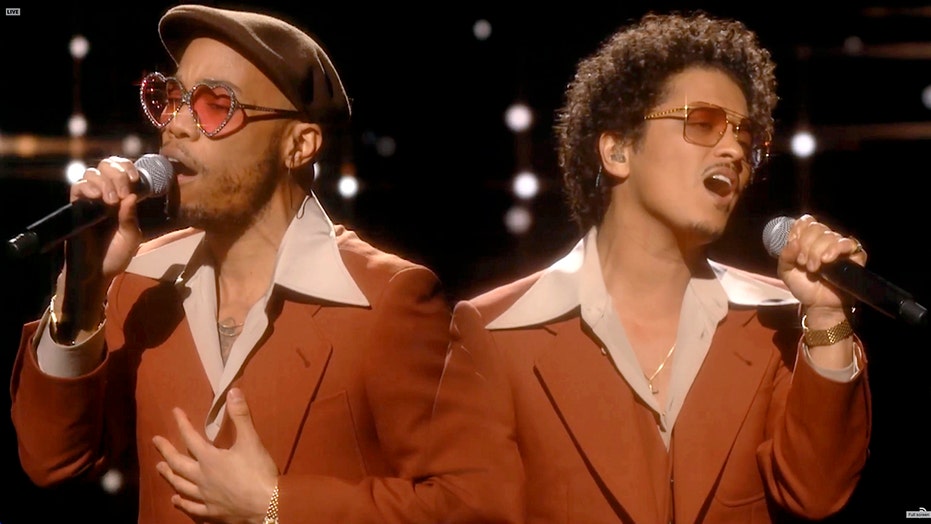 Bruno Mars and Anderson .Paak brought down the house at the Grammys on Sunday.

The two have teamed up to release the song “Leave The Door Open” under the supergroup moniker of Silk Sonic.

Mars and Paak, both 35, took to the stage early in the evening to perform their tune, a love letter to the soul music of the 1970s.

They both performed in retro-style dark orange suits and the performance featured a trio of backup singers in traditional ’70s. style. 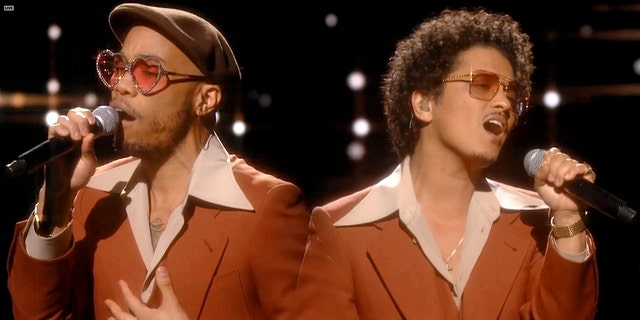 Anderson .Paak (left) and Bruno Mars (right) performed their song ‘Leave The Door Open’ as Silk Sonic on the Grammys on Sunday. (Photo by Theo Wargo/Getty Images for The Recording Academy)

The duo, who will release the album “An Evening With Silk Sonic” later this year, was not originally part of the Grammy’s lineup of performers but campaigned hard on social media until they secured a post.

Mars even wrote a letter to the Grammys, asking them to make room for “two working musicians” to perform.

The “Uptown Funk” singer took the stage once again during the In Memoriam segment to pay tribute to Little Richard. He sang the legend’s hits “Good Golly Miss Molly” and “Long Tall Sally.” Paak performed drums for the number.

Paak also had a special night, having won best melodic rap performance for his song “Lockdown.” He was also nominated for his music video for the song. 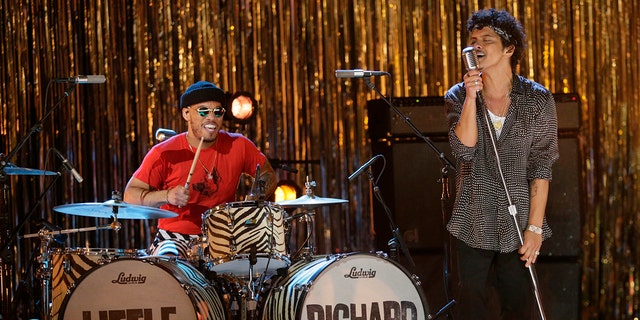 The pair also performed a tribute to the late Little Richard. (Photo by Francis Specker/CBS via Getty Images)

Mars has been nominated a total of 27 times.