Viewers probably spent the bulk of The Haunting of Bly Manor confused about what was going on, until the final episode fully explained how all the ghosts and people living in the mansion were connected. With all the spooky drama, it’s easy to miss some of the subtle details hidden in the series. Plus, there are a ton of surprising choices and facts about the actors that make the season even more enjoyable. These Haunting of Bly Manor behind-the-scenes secrets will definitely encourage you to rewatch the show and see it in a whole new light.

Warning: Spoilers for The Haunting of Bly Manor follow. The Haunting of Bly Manor kept the creepy vibe and dramatic tone of its predecessor, The Haunting of Hill House, but the follow-up season told a completely new ghost story. Adapted from Henry James’ 1898 novella The Turn of the Screw (along with several other James stories), Bly Manor followed American expat Dani as she began a new job as an au pair for two orphaned children at their manor in the English country town of Bly. As in Hill House, the season is filled with ghosts hidden in the background of several scenes, and in the end, it became clear the Lady In The Lake — the stubborn spirit of a wronged 17th-century aristocrat named Viola Lloyd — was at the center of the haunting.

With so much going on, there are a lot of small details and behind-the-scenes facts fans might not have picked up on, so here are some of the best tidbits:

1. What Hannah Whispered To Owen 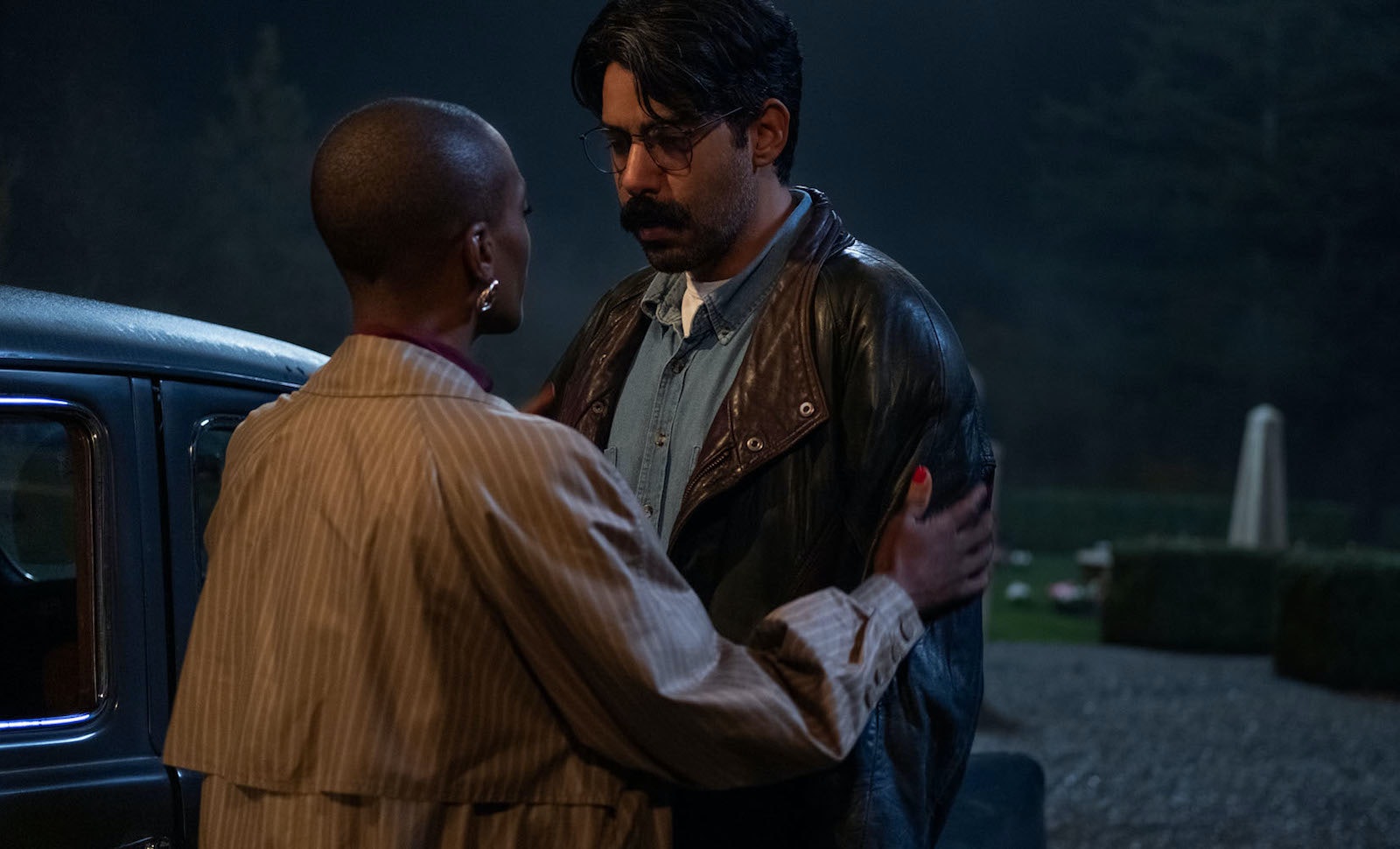 Most of the big questions about the characters got answered by the end of Bly Manor, but the show never revealed what Hannah Grose whispered in Owen’s ear before he left the house after finding out his mother had died. While T’Nia Miller couldn’t exactly recall the exchange during an interview with TVLine, she did remember the gist of what she said:

"I can’t remember! It was something like, something cheesy, like ‘She’ll always be there,’ or ‘I’m here. It’s all right. I’ve got you.’ Something to those terms," Miller said. "And [Rahul Kohli] said something really cheesy, as well. It had nothing to do with the text but something that’s really, probably really annoying, really dirty and annoying and sexual, dealing with a corpse. I can’t remember what it was."

2. The Reason Flora Sounds So Familiar

Bly Manor’s "perfectly splendid" little girl has a voice a lot of viewers are probably familiar with. Along with portraying Flora Wingrave, Amelie Bea Smith is also the lead voice actor for the hit children’s series Peppa Pig. Smith began voicing Peppa Pig at the beginning of 2020, making this a pretty successful year for the young actor.

3. How Miles Transformed Into Peter So Well

About halfway through the season, viewers finally found out why Miles would behave so strangely from time to time. The ghost of Peter Quint periodically possessed Miles, causing the young boy to act and speak well beyond his years. To help Miles’ actor, Benjamin Evan Ainsworth, nail his impression of Peter, Peter’s actor, Oliver Jackson-Cohen, would read all of Miles’ lines as if they were being said by Peter, so Ainsworth could mimic Jackson-Cohen’s delivery. Jackson-Cohen would also be off-camera helping Ainsworth during the scenes when Miles was controlled by Peter.

4. All The Hill House References

Bly Manor may be a completely separate story from Hill House, but they do both exist within the same Haunting universe, and the follow-up season included several subtle nods to its predecessor. Some of these easter eggs include Peter telling Miles and Flora they’ll be tucked away in a "forever house" (the same term Olivia Crain used to describe her dream home), and Flora’s "come home" drawing she sends to Miles’ boarding school is reminiscent of the message Nell found behind the wallpaper at Hill House.

The most notable wink to Hill House was the use of Nell’s standout line: "Our moments fall around us like rain, or snow, or confetti." Early in the season, Owen begins a similar quote, saying "Our moments are supposed to be like…," but then can’t figure out how to end it. At the end of the series, Hannah is ready to reveal her fate to Owen, and also begins a similar quote, which showrunner Mike Flanagan confirmed was meant to end in her saying "confetti."

5. The Meaning Behind The Episode Titles

While the main source material for Bly Manor is The Turn of the Screw, the season actually drew inspiration from a whole collection of Henry James stories. In fact, each episode title plainly spells out which James story is being adapted or hinted at. Every episode is named after a different James short story, and although the episodes don’t always directly adapt the story they share a title with, they do share the main themes or vibe of the story. The most direct adaptation is Episode 8, "The Romance of Certain Old Clothes," which is a near-exact retelling of James’ story of the same name.

6. Hannah’s Earrings Are A Clue 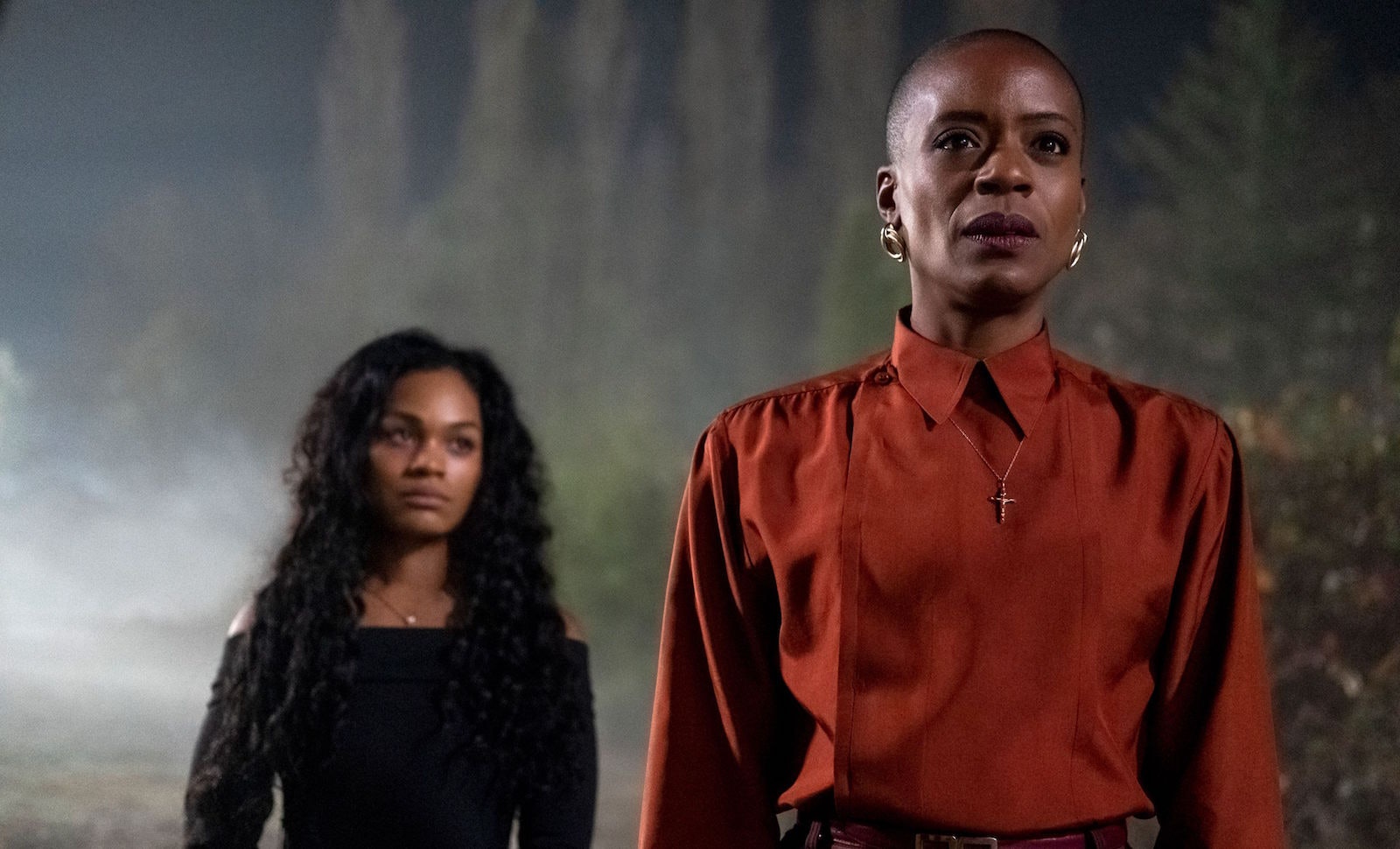 Hannah is definitely the character whose story is the most difficult to follow. Halfway through the season, an episode centered on Hannah revealed she had died right before Dani arrived at Bly Manor and had been existing as a ghost since then. There were clues about Hannah’s fate early on, such as her refusal to eat and her being lost in thought constantly, and T’Nia Miller also revealed to Collider that Hannah’s various earrings were meant to signal which time period she was in at any given moment.

According to Miller, Hannah’s smaller hoop earrings indicate she’s a ghost, since she always wears more ostentatious earrings prior to her death. "You see the earrings and it sort of tells you which time she’s in. So the bolder, the bigger, the edgier, it’s past. Right? And they’re more subdued and conservative, it’s present."

7. Flora’s Dollhouse Is A Map Of All The Ghosts

Flora’s strange obsession with her dollhouse becomes more clear as the season progresses. If viewers look closely, the dolls all represent various ghosts haunting the mansion, and their position mirrors where each spirit is in real life. The dolls reveal the identity of a bunch of ghosts (like the plague doctor, the soldier, and the faceless children) long before the series actually introduces them in later episodes.

The Haunting of Bly Manor is on Netflix now.