A Place In The Sun presenter Leah Charles-King took to Twitter today and slammed This Morning over their Meghan Markle segment as she urged the broadcaster to focus on more pressing issues, including the current cost of living crisis. Her comments come after ITV presenters, Phillip Schofield and Holly Willoughby, addressed the Duchess of Sussex and Prince Harry’s return to the UK.

Meghan, 41, delivered a speech at the One Young World event in Manchester on Monday – it marked her first public speech in the UK since she stepped down as a senior royal in 2020.

It was also her first time back in the UK since the Queen’s Platinum Jubilee.

Taking to the micro-blogging site, Leah tweeted the Duchess should not “dim her light to appease people”, as she urged the daytime show to address other matters.

In view of her 4,180 followers, she penned: “So Meghan must dim her light to appease ppl? Not everyday needs to be Meg bashing [yawn emoji] #ThisMorning. 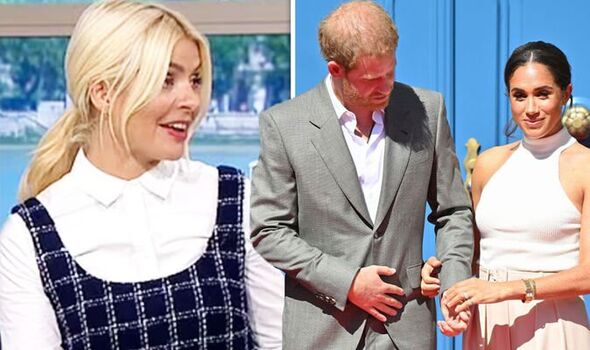 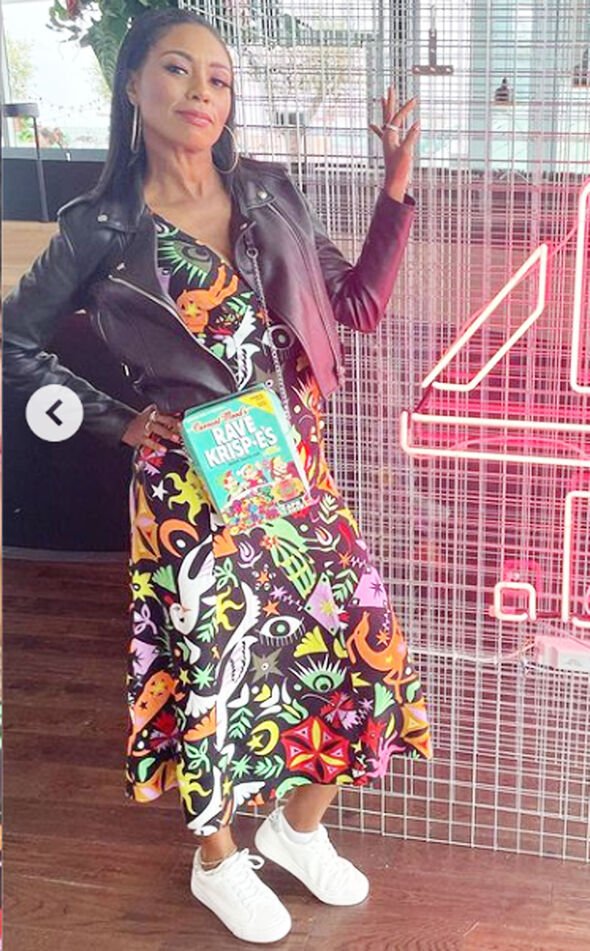 “How about discussing real SOLUTIONS to prevent ppl dying of cold/hunger/depression/suicide this winter?Where’s the outrage?”(sic)

Speaking on Tuesday’s episode of This Morning, host Holly defended Meghan over “unfair” criticism of the Duchess after Vanessa Feltz slammed her for wearing an expensive outfit.

During the segment, the ITV presenters discussed Meghan’s speech amid claims she had talked about herself “too much”. 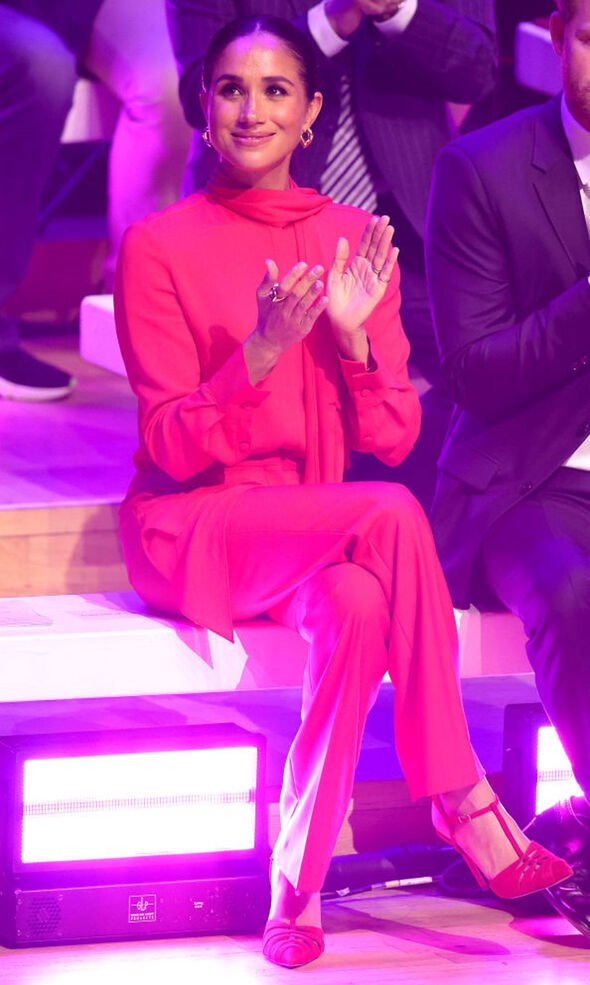 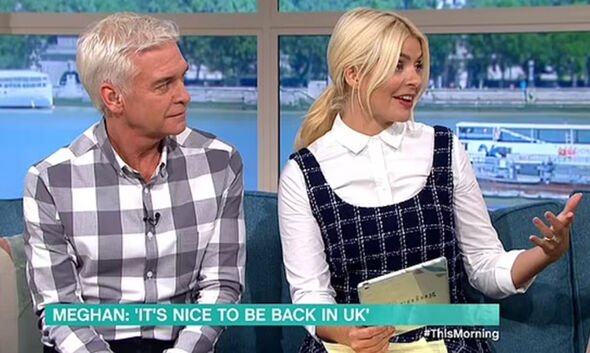 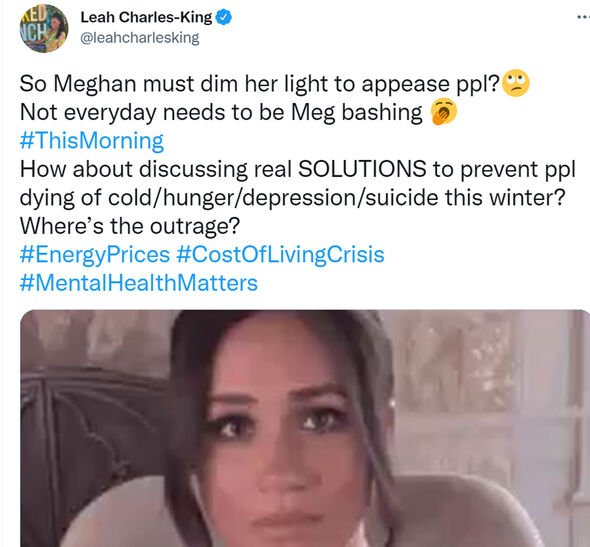 Meghan recalled her time on Suits during the speech and how surreal it felt to be involved in some of the things she is part of today.

Vanessa then changed the subject when Phillip defended Meghan to focus instead on her clothes, adding: “And her £4,000 or £5,000 outfit to be just a humble girl from Suits.”

“Oh!” Holly cut in, seemingly frustrated by the narrative and disagreeing with Vanessa.

Phillip continued: “I get the feeling that no matter what she does, she’ll get criticism!”

Piers Morgan rages over Meghan’s ‘absurd’ latest move[LATEST]
Emily Maitlis proposed to her husband – and he said no[INSIGHT]
Heidi Klum, 49, flaunts figure in bikini as she strips off in desert[PICTURES]

“Well then, talk about yourself less and other people more, I think that’s just a simple mantra, can’t go wrong with that one,” Vanessa added.

“I wonder how much Harry’s suit was,” she told Vanessa, to which Phillip replied: “Good point!”

“Do you know what I mean?” she added. “Like, I’m sure he’s not wearing something…”

“It’s probably been in the family for years,” Vanessa interrupted, jumping to the Duke of Sussex’s defence.

It comes after Meghan gave a short speech at the opening ceremony of the One Young World summit at Bridgewater Hall in Manchester.

The Duchess told young leaders from more than 190 countries: “You are the ones driving the positive and necessary change across the globe now, in this very moment.

“And for that, I am so grateful to be in your company today.”