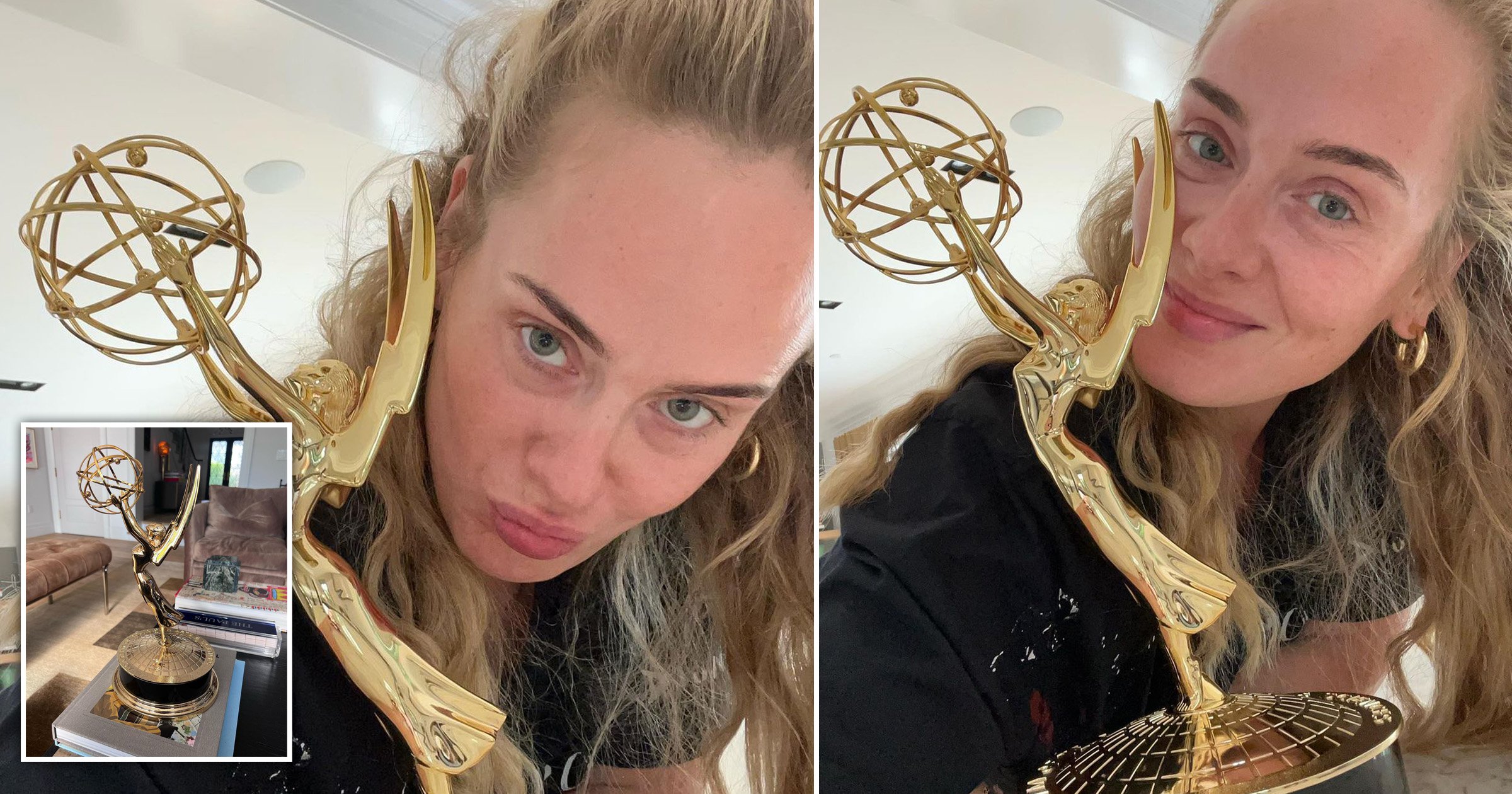 Adele’s fans believe the singer may have secretly married Rich Paul after spotting what appeared to be a clue in the back of one of her recent photos.

The Hello star, 34, took to social media this week to celebrate winning her first Emmy for her TV concert, Adele: One Night Only.

Sharing a series of snaps of her with the award statue, she told her followers: ‘Bl**dy hell I’m pleased as punch!

‘Thank you @mrbenwinston for dropping this round to me this afternoon!! Trust me to officially have an EGO. Thank you so much @televisionacad , I’m so so honored to receive this.

‘Big up to everyone involved. @griffithobservatory thank you for letting me sing up on your mountain and big love to all the other nominees x.’

While most fans were just blown away by her latest accolade, eagle-eyed fans were more invested in the final photo, showing the award on Adele’s coffee table.

They soon spotted that there was a game on the table which had been personalised to ‘The Paul’s’ (incorrect apostrophe placement included), suggesting Adele may have married Rich, 40, in secret.

Her followers commented: ‘“The Paul’s”, is you married?!’ and ‘I can’t tell if I am more excited about it or upset at the bad punctuation.’

Adele and Rich have been dating for around a year, going public last summer, after meeting at a party several years ago.

The singer, who was previously married to Simon Konecki with whom she shares her nine-year-old son Angelo, previously shut down rumours the couple had tied the knot.

Responding to questions about the ring she has been seen wearing, she told Elle UK last month: ‘Well! Well. Well, I’m not married, I’m just in loooove!

‘I’m happy as I’ll ever be. I might as well be married. I’m not engaged. I just love high-end jewellery, boy!’