A lot of pressure comes with bringing a beloved book series to life. Fans have already created the perfect version of the characters in their minds while reading the novels, so the TV versions have to live up to that. In the case of Dash & Lily, Netflix’s latest holiday series that’s based on the book Dash & Lily’s Book of Dares, it was extra important to make sure the connection between the two main characters was on point. Luckily, stars Austin Abrams and Midori Francis had a Dash & Lily-style notebook of their own to help them create their on-screen chemistry.

In Dash & Lily, Abrams and Francis play the titular characters who spend the days before Christmas falling in love via one very powerful notebook. In the series, they write dares and heartfelt confessions to each other in the notebook and leave it all around New York City for the other to find, sending them on their whirlwind romantic adventure. Dash and Lily build a strong connection that way, and it turns out, so did Abrams and Francis.

"I just had the thought that we could — to kind of mirror the show and also to get to know one another — share a little notebook of our own," Abrams tells Elite Daily about how he bonded with Francis behind the scenes. 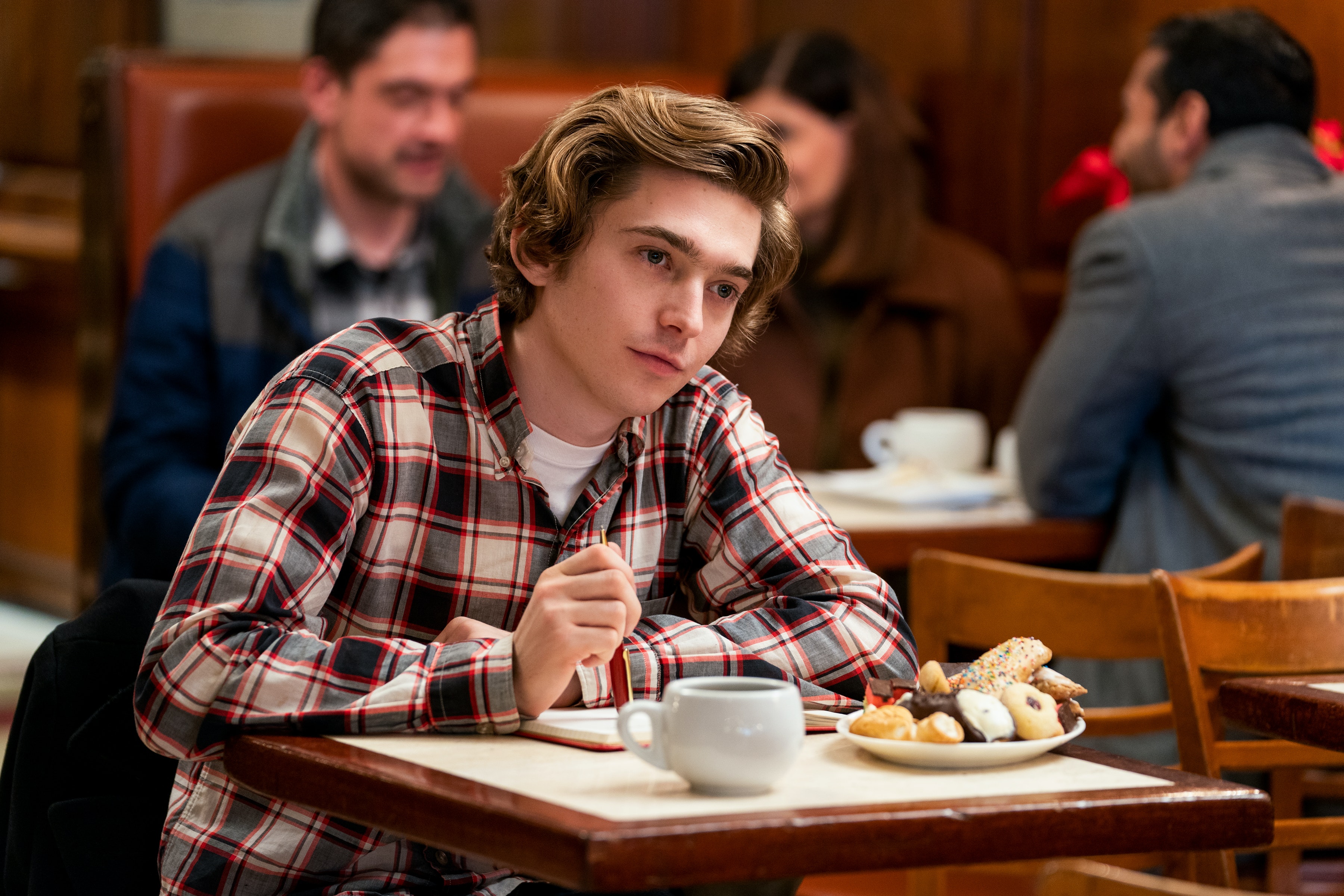 "Dash and Lily are revealing things about one another," he continues. "So we [did] the same to build some sort of trust and get to know each other at the same time, and mirror what was happening in the show."

Francis adds, "We started to reveal stuff to each other so that we felt like we knew things about each other that maybe other people on set didn’t know. It was a very nice experience."

It wasn’t just the real-life notebook that Abrams and Francis used to make their characters more real. Both stars also contributed their own touches to their characters’ sartorial choices. For instance, Francis wore her own Christmas pajamas as Lily, and it was Abrams’ idea to have Dash wear his dad’s robe and drink brandy when he’s alone in his apartment.

Abrams also chimes in on the work he did to balance Dash’s curmudgeonly tendencies (like, you know, drinking brandy alone in his dad’s apartment) with his more sensitive, likable side.

"I think it was just keeping both those energies in mind of being truthful in that sense that he is a Scrooge, but [also] this did need to be a person you want to follow, even though he is quite a cynical, Grinch-y kind of person," Abrams explains.

In bringing Lily to life on screen, Francis notes a few changes were made from the book to make sure her character’s goals were front and center in the series.

"I think Book Lily is probably a little more comfortable with being alone," Francis says. "I think the reason for that is because you need to drive the story the forward, and probably for Book Lily that’s underneath it, but you have however many hundreds of pages to tell that story. So this story had to cut down and see what was underneath the surface of her."

All of these aspects of Dash and Lily’s characters — from their Grinchiness and loneliness to a connection that leaps off the notebook page — are on display in Dash & Lily, which is on Netflix now.