Debbie Harry has revealed that she struggled to keep up with her previous heroin addiction, because she despised having to acquire the drugs herself.

The 74-year-old Blondie star admitted that even at its peak, her drug-taking was intermittent, as she refused to take anything while she was in work mode. 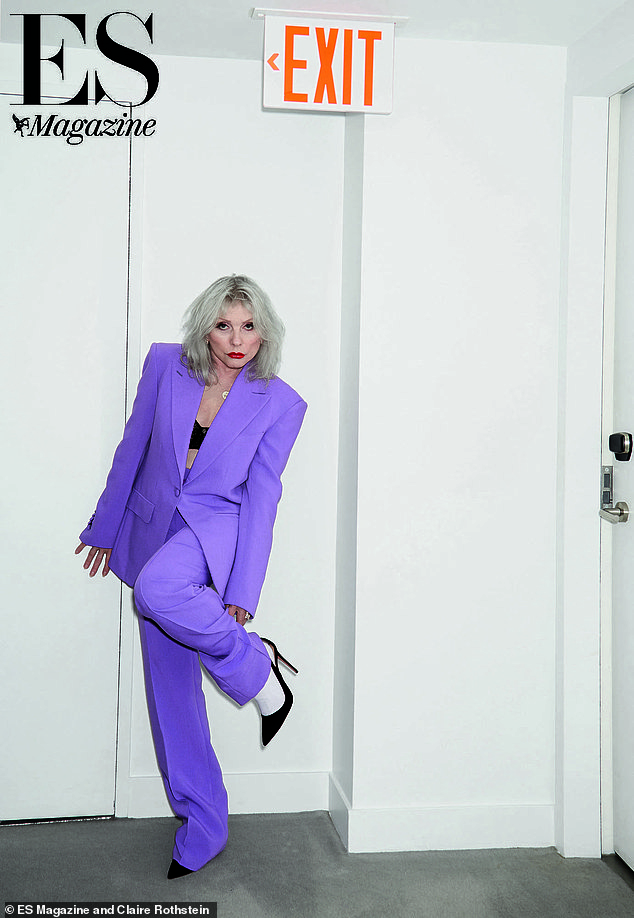 ‘Drugs are a funny thing. The thing that drove me away from taking them was having to acquire them and what a drag that was.

‘It was kind of a full-time occupation and a waste of time. It became unpleasant. Luckily for me I was able to handle the withdrawal.’

Among her past harrowing experiences were escaping an abduction attempt by serial killer Ted Bundy, and losing nearly all the money she’d earned from selling 40 million albums because of bad management deals and tax bills. 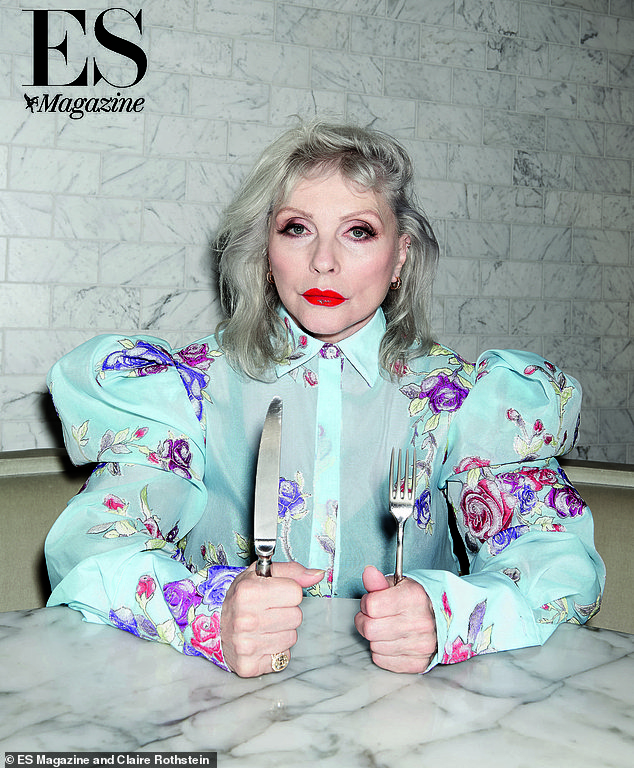 Candid: In an interview accompanying her stunning shoot, the star revealed that she struggled to keep up with her previous heroin addiction, because acquiring the drugs was a ‘drag’

She was also branded ‘flippant’ for a part of her tome Face It, where she wrote about being raped at knifepoint in the 1970s, admitting to being most upset that her attacker stole the guitars she owned with her bandmate and then lover, Chris Stein.

Addressing the reaction, the Heart Of Glass singer said: ‘I used to be all morbid about things and this friend would say, “Well, I’ve got five minutes for that,” and then she’d move on.

‘For a while I wondered how she did it, but I took a lesson from it and managed to make it work for me. I can’t always make it work.

‘Sometimes I live with this darkness or idea of impossibility, but I was in a great relationship [with Stein] at the time and we supported each other through it.’

Pioneer: During her wide-ranging interview, the iconic musician spoke candidly about her being seen as a pioneering icon for women in rock

During her wide-ranging interview, the iconic musician spoke candidly about her being seen as a pioneering icon for women in rock.

‘I was saying things in the songs that female singers didn’t really say back then,’ she wrote in her book of her band’s early years. 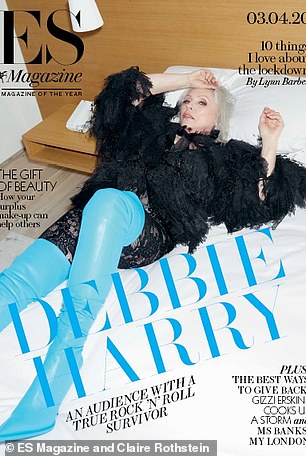 Read all about it: Her full interview appears in the latest issue of ES Magazine, out now

‘I wasn’t submissive or begging him to come back. I was kicking his a**, kicking him out, kicking my own a**, too.’

On comparing herself to young women in the music industry today, she told ES Magazine: ‘My God, they’re so much more in demand. Their product is more valuable. It still depends on if they have decent representation, though.’

Speaking of other women in the industry, she shared that she’d changed her mind on the assertion that pop star Miley Cyrus should be ‘cherished’ for helping young people express their sexuality.

‘Lady Gaga is a phenomenal artist. She does kooky stuff but she isn’t overtly sexual. You think of her as a musician first.’

As for how she differs in real life to her Blonde alter ego, she said: ‘I was more shy and guarded in real life. 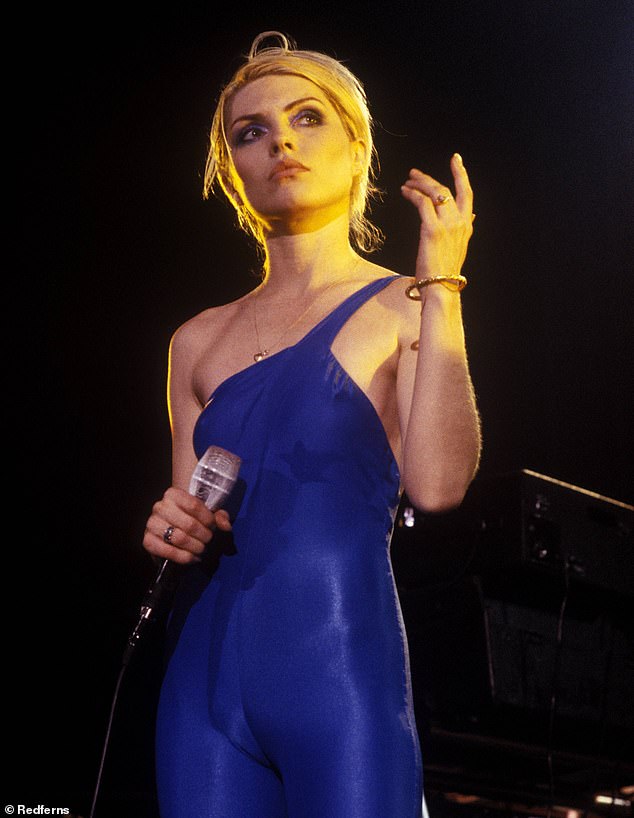 Commanding attention: Harry is shown performing in an undated photo. She said she was at first ‘frightened’ on stage but learned how to command attention from an audience

‘When I started performing I was reserved and charming and sexy and then I realised I had to grab. I had to grab the audience, grab their attention. Once I realised that there was no going back.’

While the Miami native remains in demand and is also busy with her An Evening with Debbie Harry & Chris Stein — In Conversation tour, the star has admitted that romance is all but on the back burner.

‘There are less men around for people my age,’ she said. ‘They’re all married with children. What’s wrong with them?

‘I think what’s going on, there’s more extra-marital relationships and maybe that is the right way. I’m looking for something really chemical.’ 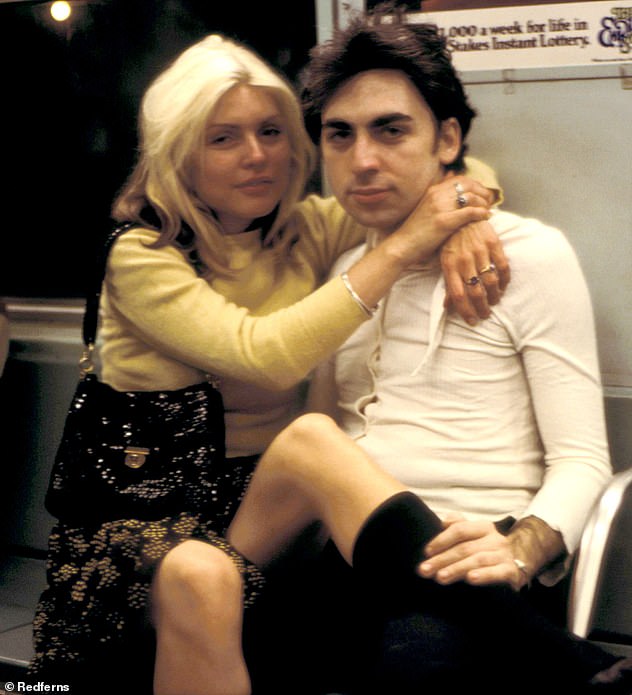 Ex: The star and Blondie guitarist Chris Stein are shown in the 1970s. They lived together and were a couple when she was raped at knifepoint in their New York apartment by a stranger 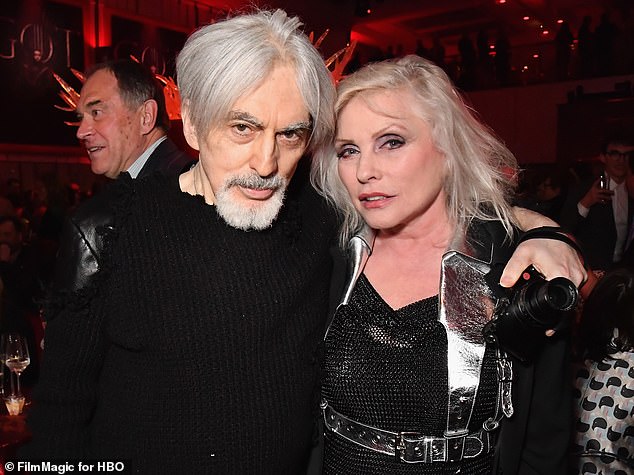 Friends and bandmates: The pair are pictured in April 2019. They remain friends. She said they were ‘junkies’ in the 1970s and abuse drugs to survive poverty