Brad Pitt and Angelina Jolie’s nasty divorce case has taken yet another dramatic turn. Jolie’s legal team recently asked for a new judge in the case that has dragged on for four years. Pitt’s lawyers have now fired back with their own response. In the meantime, the couple’s six children have reportedly not seen their grandparents since Pitt and Jolie’s split. 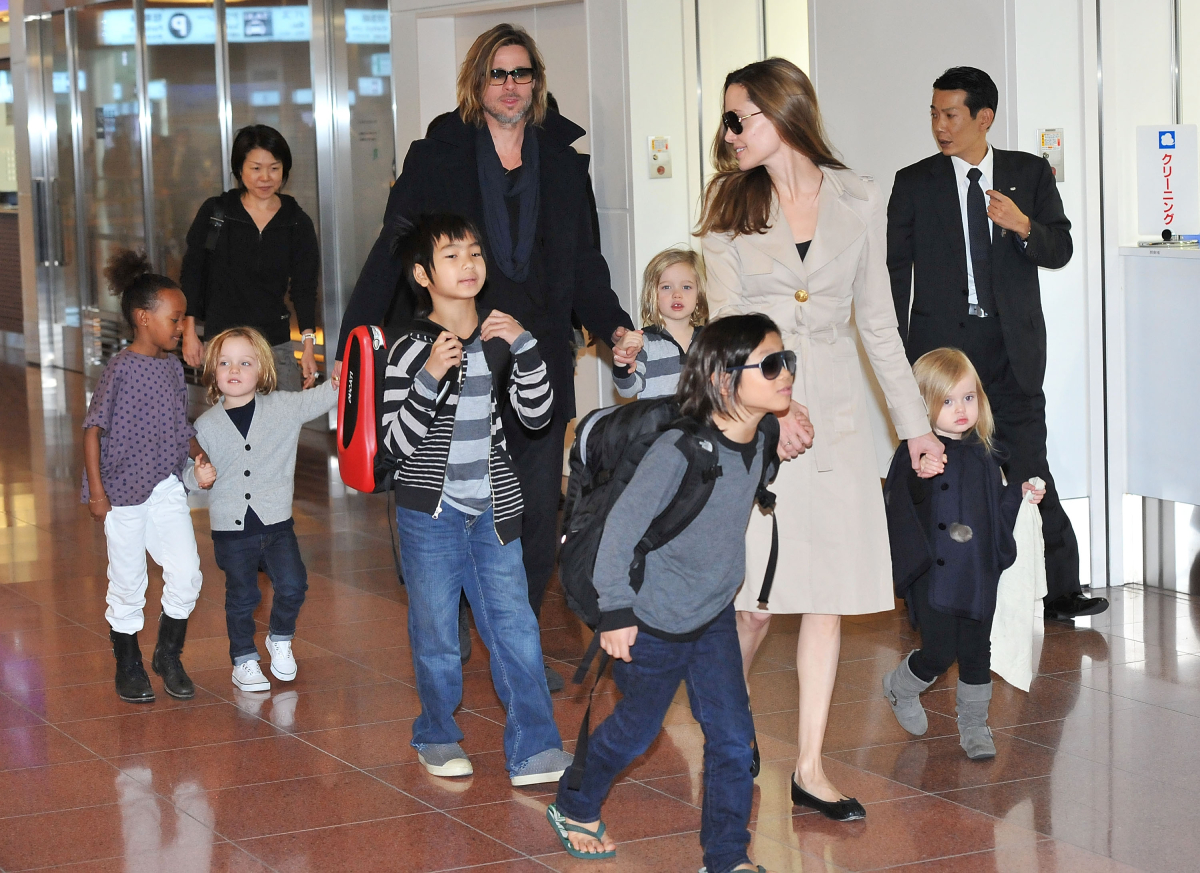 According to Us Weekly, Jolie’s legal team filed court documents in Los Angeles Superior Court on Monday, August 10. The filing was a request for the removal of Judge John W. Ouderkirk, who the couple hired to preside over their case.

Jolie’s lawyer Samantha Bley DeJean claims that Judge Ouderkirk “failed to disclose” that he has a professional relationship with members of Pitt’s legal team.

“All my client is asking for is a fair trial based on facts, with no special favors extended to either side. The only way litigants can trust the process is for everyone involved to ensure that there is transparency and impartiality,” said DeJean.

Pitt’s legal team called his ex’s request a “belated” and “thinly veiled attempt” to drag out the case even longer. They noted that Pitt and Jolie have a “well-documented history” with Judge Ouderkirk. Jolie “hand-selected” him to preside over the couple’s 2014 wedding.

Pitt also pointed out that Jolie “never objected” to Ouderkirk until recently.

In their response, Pitt’s legal team said that the Tomb Raider star’s “abrupt cry of judicial bias reeks of bad faith and desperation.”

They also accused Jolie’s lawyers of having a careless disregard for the procedural rules that were intended to expose “legitimately conflicted judicial officers.”

Pitt’s filing says that the individuals who have been hurt the most are their children.

Pitt and Jolie are the parents of Maddox, 19, Pax, 16, Zahara, 15, Shiloh, 14, Vivienne, 12, and Knox, 12.  Pitt’s legal team argued that Jolie’s request to remove the judge should be denied. He said that Jolie’s latest filing means the kids will continue to be deprived of a final resolution in the custody issue.

DeJean called out Pitt’s legal team for responding to the filing before Judge Ouderkirk did. She says the move was “unfortunate” And, the only conclusion is that Pitt is attempting to “obstruct or influence” Judge Ouderkirk’s answer.

The Jolie-Pitt children have not seen their grandparents since 2016

A new report from The Sun claims that Pitt’s parents William and Jane have not seen their grandkids since Pitt and Jolie split in September 2016. An insider dished that the former couple would take the kids to visit Pitt’s parents regularly when they were together.

“The kids would run riot. The Pitts have a huge backyard and they would go sledding in winter and have campfires in the summer,” revealed the source. 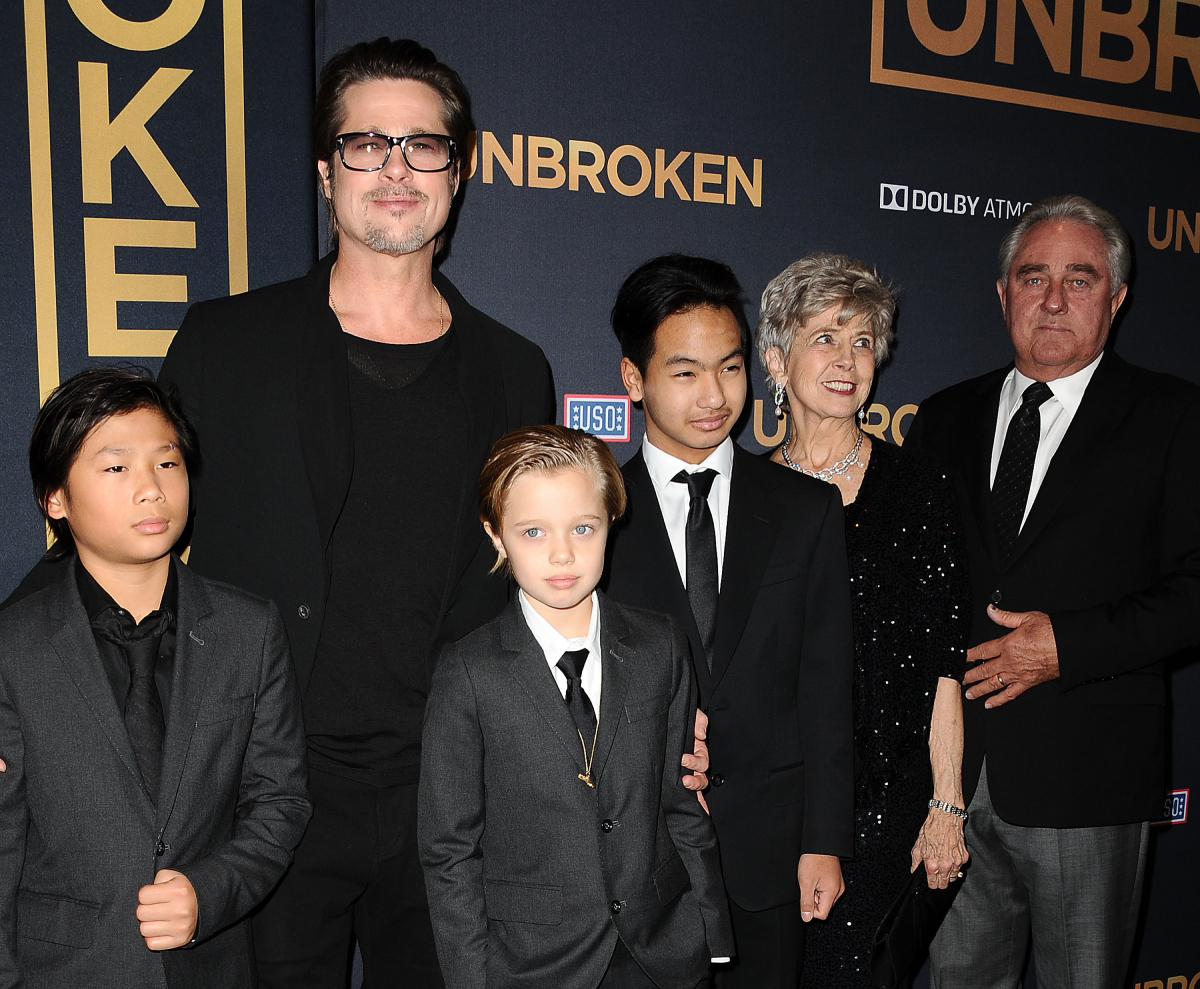 The insider added that “as far as they know,” William and Jane have not visited their grandchildren in four years because of tensions with Jolie. They explained that Jane is a “Christian conservative who once slammed gay marriage.” While Jolie is a “liberal who has dated women.”

The insider said it was never a “recipe for friendship.” However, no one ever thought things would turn out this way. Jane recently celebrated her 80th birthday at her Oscar-winning son’s beach house in Goleta, California. However, the Jolie-Pitt kids were nowhere to be found in the photos.

Jolie and Pitt’s custody trial is scheduled to begin in October.