Britney Spears spun around and around to Prince’s track ‘Sexy MF’ after being hit with an alleged battery misdemeanor involving her employee.

Another day, another video of Britney Spears dancing up a storm! The 39-year-old superstar showed off her dance moves to Prince‘s 1992 song “Sexy MF” in an Instagram video shared on Thursday, the same day news broke that Brit was under investigation for alleged misdemeanor battery incident. Britney, who is of course still dealing with her ongoing conservatorship battle, was dressed in a tank top and tiny shorts in the Aug. 19 video, and spun around multiple times to the Prince track with a big smile on her face. “I told you I really like @Prince,” she captioned the footage.

Britney seemed to be in good spirits despite her latest legal battle. The “Stronger” singer is a suspect in a battery investigation after an employee claimed Britney “struck them during a dispute” inside her home. TMZ was first to report that news, and the outlet’s report claimed that the alleged dispute happened after the employee took Britney’s dog to the veterinarian and they argued about the dog’s health. Captain Eric Buschow of Ventura County Sheriff’s Department confirmed the news to HollywoodLife, and also added that were no injuries reported in the alleged incident.

However, this allegation has been shot down by Britney’s lawyer, Mathew Rosengart. “This is overblown sensational tabloid fodder — nothing more than a manufactured ‘he said she said’ regarding a cell phone, with no striking and obviously no injury whatsoever,” Matthew told HL. “Anyone can make an accusation but this should have been closed immediately.” 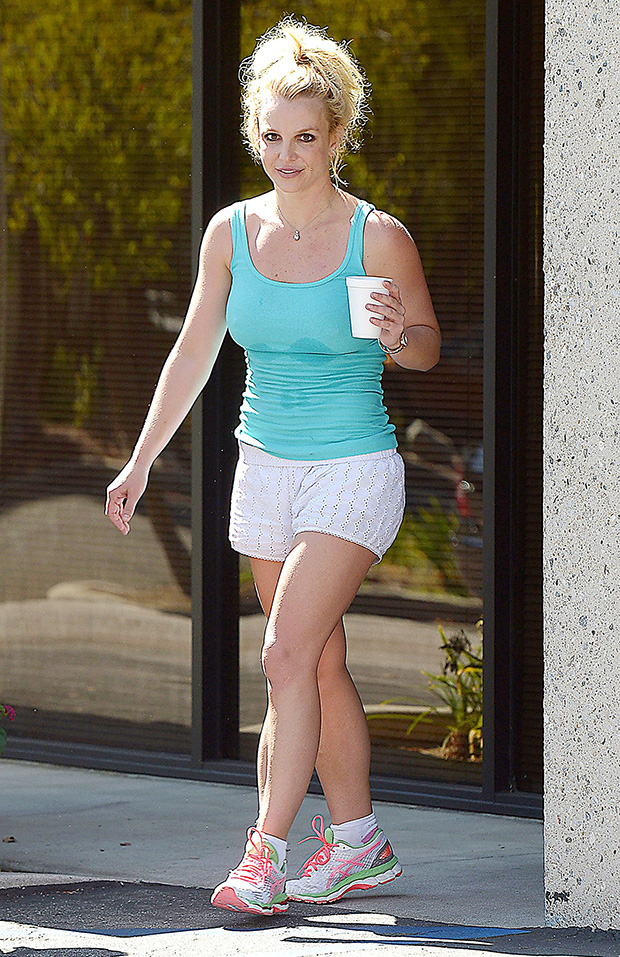 While this latest drama involving Brit is ensuing, the singer is still fighting hard to remove her dad Jamie Spears as her estate conservator. She accused him of conservatorship abuse in an emotional testimony in court on June 23. “I am petitioning the court because I want my dad out as conservator…I was scared of my dad growing up,” she explained to judge Brenda Penny during a testimony.

Brit and her legal team’s efforts seemed to pay off, as Jamie recently agreed to step down as her estate conservator — a role he’s held for 13 years now — when the “time is right”. The next court date on the conservatorship battle is set for Sept. 29, where Brit’s legal team will try and get Jamie removed from his post and replaced by certified public accountant Jason Rubin.