Society’s understanding of the breadth of human sexuality has come a long way in the past several years, and Cara Delevingne is ready to spell it out for anyone who may still be confused. The supermodel/actor’s next project sounds like it will be her most personal undertaking yet. Cara Delevingne’s Hulu series about sexuality is definitely going to be a must-watch docuseries.

Delevingne’s upcoming series was in production with BBC Three, but now Hulu has also jumped on board to co-produce the docuseries and serve as its streaming home. The show will consist of six parts, and is currently called Planet Sex, although that is apparently still only a working title. Along with creating and executive-producing the show, Delevingne will also star in it, exploring some of the biggest questions about human sexuality. Initial reports tease some topics covered will include relationships, sex appeal, and the popularity of pornography, but given Delevingne’s openness about her pansexuality and views on gender fluidity, viewers can also expect frank discussions about the innumerable ways people can identify in terms of both sexuality and gender.

The new show sounds like a passion project for Delevingne, as the star has spoken passionately about sexuality and gender identity various times throughout her career. She previously identified as bisexual, but earlier in 2020, she announced she now identifies as pansexual, meaning she experiences attraction to people regardless of their gender identity. "However one defines themselves, whether it’s ‘they’ or ‘he’ or ‘she,’ I fall in love with the person — and that’s that," Delevingne explained. 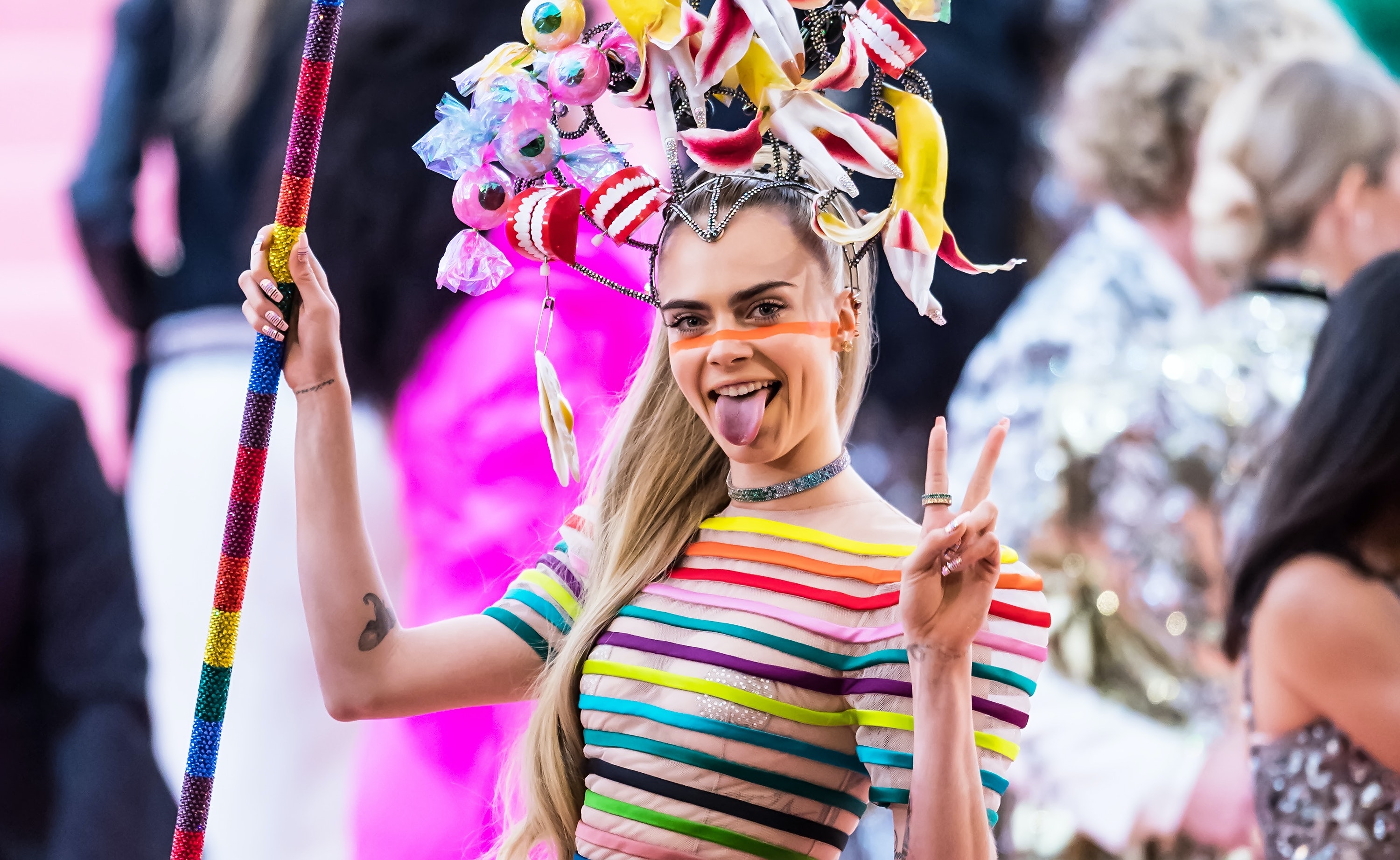 Along with exploring her sexuality, Delevingne has also been open about her path to discovering she is gender fluid, which is a term for someone whose gender identity is not fixed. "When I first realized that gender is so much more fluid than ‘masculine’ or ‘feminine’ it was a breakthrough moment for me," she said. After discussing her gender fluid identity, Delevingne told Elle she still uses "she" and "her" pronouns.

There’s no premiere date for Planet Sex yet, but Delevingne had reportedly begun production on the project before the coronavirus pandemic and is already back to work filming the series, so it will hopefully be on Hulu pretty soon.