So much of Carrie Fisher’s legacy is tied to her role as Leia Organa in the Star Wars saga. But Fisher — who died in 2016 — brought far more to Hollywood than playing half of the Skywalker twins. In fact, there’s a lot about the actor and writer many Star Wars fans might not know. For instance, Fisher was once engaged to a member of Saturday Night Live’s original cast. 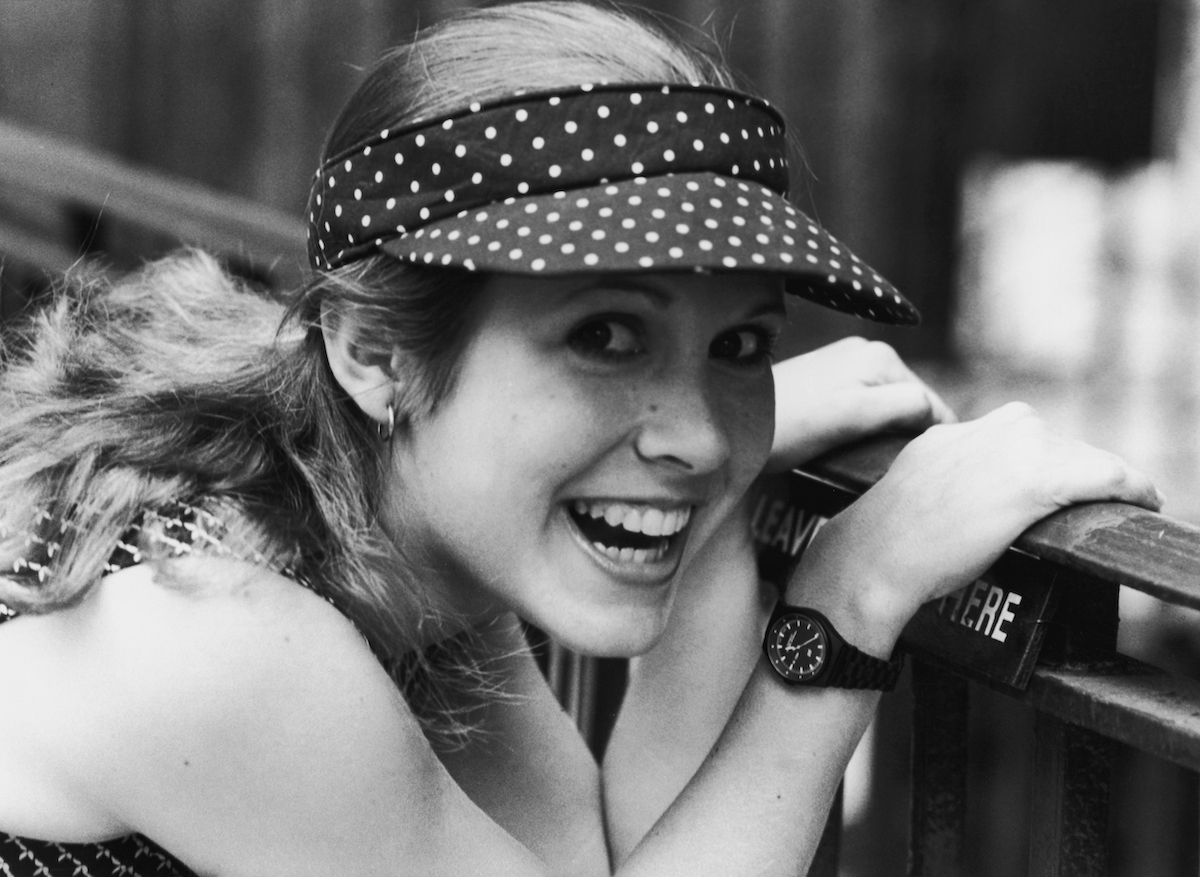 An undeniable aspect of Fisher’s real-life charm was her candor. The daughter of Hollywood icon Debbie Reynolds (Singin’ in the Rain) and singer Eddie Fisher, she was already born into the entertainment industry. And after making her film debut in 1975’s Shampoo, Fisher landed her breakout role just two years later when George Lucas cast her in Star Wars.

Over the course of her life, Fisher battled both mental illness and substance abuse. And rather than keeping her personal struggles quiet, she ultimately made herself an advocate for awareness instead. Likewise, her love life became another topic Fisher often mused publicly about, including the 2016 revelation she and Harrison Ford had an affair on the Star Wars set.

But Ford wasn’t the only co-star with which Fisher shared a romantic history. In fact, she was once engaged to Saturday Night Live star Dan Aykroyd. He and co-star John Belushi eventually reprised their titular SNL characters for 1980’s The Blues Brothers. Fisher wound up playing a supporting role, and as Fisher told the Chicago Tribune in 2008, sparks flew on the set.

“On Blues Brothers, [Dan Aykroyd] proposed in the trailer on set. He was forcing me to eat because I was very thin in those days — no longer — and I inhaled a Brussels sprout, and I started choking. He thought I was laughing, and then he saw that I was dying. And he did the Heimlich maneuver, and then like 10 minutes later he asked me to marry him. I thought, ‘I better marry him. What if that happens again?’ We had rings, we got blood tests, the whole shot. But then I got back together with Paul Simon.”

As Fisher revealed in her 2008 book Wishful Drinking, her relationship with Aykroyd ended when she reconciled with singer Paul Simon. The on-again/off-again couple began dating around the time of Star Wars. Eventually, Fisher and Simon married in 1983, only to divorce less than a year later. Even after their divorce, the pair briefly reconciled as well.

Although the public knows her primarily for Star Wars, Fisher also left behind a far different legacy. From 1991 to 1994, she dated talent agent Bryan Lourd. And midway through that relationship, the couple welcomed a daughter: Billie Lourd. And much like her mother, Lourd has committed to an acting career, making her film debut in Star Wars: The Force Awakens.

Lourd continued as Lieutenant Connix in all three entries in the Star Wars sequel trilogy. And she delivered standout performances in the short-lived Fox TV series Scream Queens and 2019’s hit film Booksmart. And in September 2020, Lourd gave birth to her own child with fiancé Austen Rydell, son Kingston Fisher Lourd Rydell.