Court’s in session! Chrissy Teigen took to social media to rule on fans’ small claims cases ahead of the debut of her show, Chrissy’s Court.

“Hey all you cool cats and kittens!!!” Teigen, 34, wrote via Twitter on Thursday, March 26, kicking off her judge rulings. “#ChrissysCourt is now in session!!”

Throughout the afternoon, the Lip Sync Battle host answered her follower’s questions and laid down a verdict on a case-by-case basis in anticipation of her Quibi show.

One follower asked Teigen to end a two week debate between her and her husband in regard to whether or not a hot dog is a sandwich. The mother of two replied, “a hot dog is a hot dog which is a species of sandwich.” 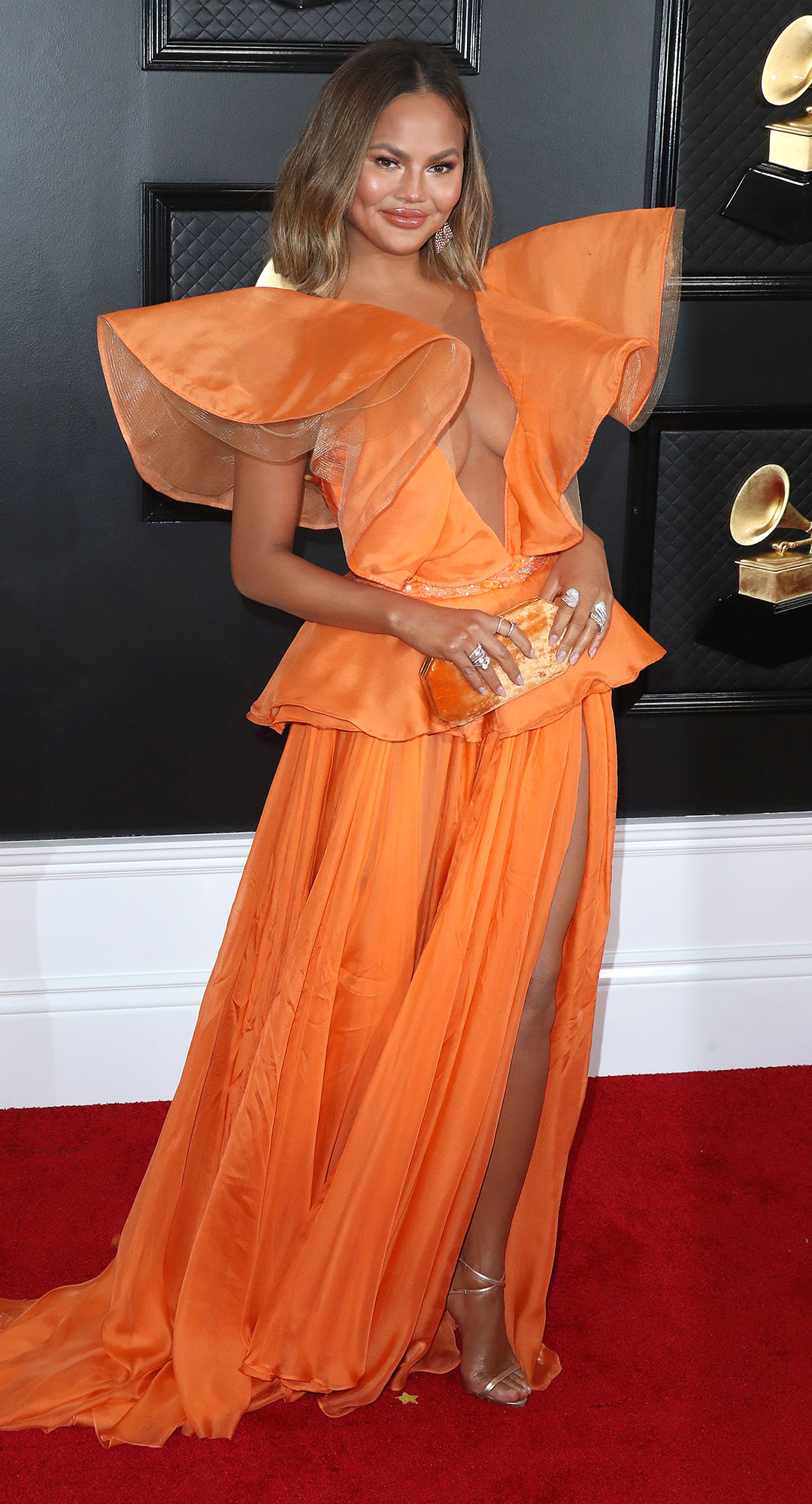 A second Twitter user inquired about the placement of their trash can, to which the model ruled that “both [are] absolutely insane options.” She explained that she needs the trash can to go inside a cabinet and therefore, the “court will pay for self removal.”

“Is it ok to leave butter out in a little dish because you want soft, room temp butter on deck?” another person asked.

Teigen’s ruling: “Butter out in a covered BUTTER dish is fine. Butter out with any kind of bowl/plate situation with foil or Saran Warp is NOT FINE.”

The Cravings: Hungry for More cookbook author brought her marital expertise into a few cases as well.

When one user revealed that her fiancé is a movie addict that “falls asleep, randomly wakes up to rewind it back to where he left off, then proceeds to fall asleep again,” Teigen admitted that she’s the same way.

“I am your fiancé but I also married a rewind-til-death guy,” she answered. “U are going to have to leave him.”

Other debates included how to eat a Pringle correctly, what day is actually the first day of the week — it’s Monday — and what is the right way to put toilet paper on the holder.

“Ok that was fun, but this Twitter court is officially adjourned,” Teigen concluded. “Catch me on my show.”

Chrissy’s Court, which will have Teigen holding court and presiding over real small claims cases, premieres on April 6 on Quibi.