Dan Walker, host of morning show BBC Breakfast, has taken to Twitter to speak out on rival show host Piers Morgan, 55, after it was announced earlier that he had made the decision to leave Good Morning Britain following talks with ITV bosses. It comes after Piers stormed off the show this morning in a debate about Prince Harry and Meghan Markle.

Sorry to hear the news about your departure from GMB @piersmorgan

Dan, 43, mockingly offered Piers a slot on his BBC show to “talk about” his dramatic Good Morning Britain exit.

The sports journalist announced in front of his 689,200 followers that he was open to Piers making an appearance on “the UK’s number 1 breakfast show”.

The presenter jibed in a swipe over ratings: “Sorry to hear the news about your departure from GMB @piersmorgan.

After offering his apologies, the BBC host suggested that Piers could make an appearance on his show to discuss his exit. 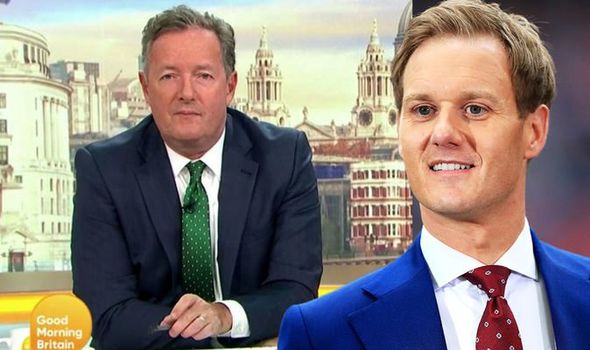 “If you’d like to come on the UK’s number 1 breakfast show to talk about it… we could make some space for you in the morning”.

The BBC presenter ended his tweet with a thumbs-up emoji.

A statement released by ITV this evening said: “Following discussions with ITV, Piers Morgan has decided now is the time to leave Good Morning Britain.