Dax Shepard is recuperating after breaking four ribs in a motorcycle accident on a California road course.

“I was passing six guys on Sonoma Raceway on a motorcycle and I was braking very, very hard — hard enough that the back wheel was off the ground for a good 100 yards,” the actor, 45, said on the Monday, August 17, episode of his “Armchair Expert” podcast. “I was totally at blame. I thought I would be able to slide in between, but someone turned in and I was already under full brake, and I couldn’t go anywhere.”

Shepard said he “clipped” the other rider’s bumper and “went over the handlebars,” adding, “I landed pretty hard.” He called the incident “a little demoralizing,” particularly because employees “yelled at” him.

“They really let me have it,” he said. “I was too injured to object, so I just took it on the chin.” 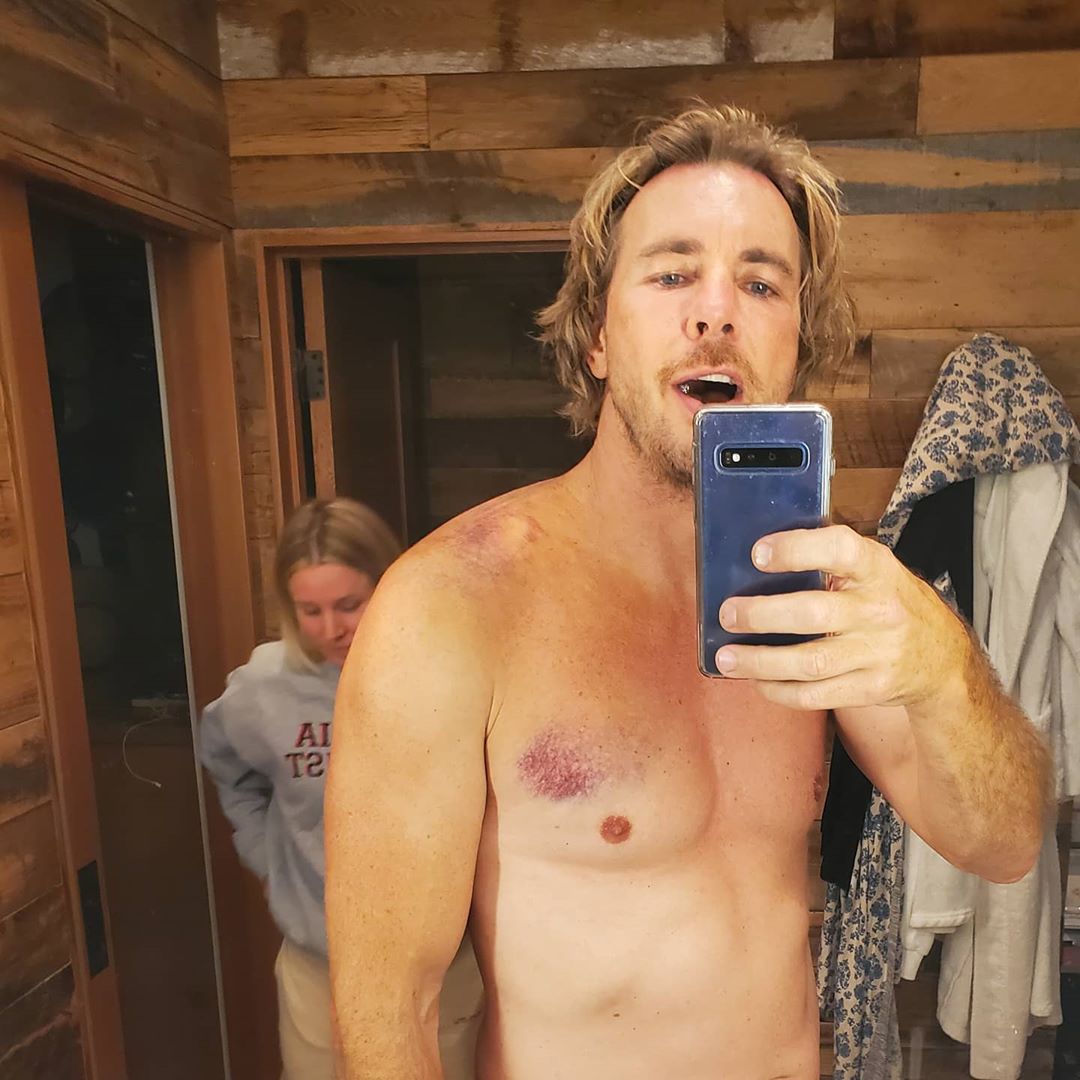 Although the Parenthood alum continued his ride after the crash, he ultimately decided to go to the emergency room the next day to get checked out.

“I’ve been at the hospital for seven hours today,” he told listeners. “The final tally was four broken ribs, the clavicle’s broken in three places and I need surgery.”

Shepard, who said he plans to continue riding his motorcycle but “might be willing to quit for the remainder of 2020,” shared a photo of his injuries via Instagram on Wednesday, August 19.

“Thank you Armcherries for all the well wishes and concern,” he captioned a shirtless selfie that showed bruises on his chest and shoulders as his wife, Kristen Bell, stood in the background. “I’m in one piece and spirits are high 🙂 Sorry for causing concern.”

In the comments section, the Frozen actress, 40, quipped that she was “just politely shaking my head at his nonsense.”

Shepard and Bell have been married since October 2013 and share two daughters: Lincoln, 7, and Delta, 5.