The House of Representatives has, for the second time, impeached President Donald Trump. Trump was charged with one article of ‘incitement of insurrection’ for his role in the Capitol Hill riot.

For the first time in United States history, a sitting president has been impeached twice. President Donald Trump, 75, was impeached by the House of Representatives on January 13 on one article of “incitement of insurrection” following the January 6 siege on Capitol Hill that left five people dead. The impeachment ruling now heads to Senate, where senators will potentially vote to convict Trump, removing him from office.

House Speaker Nancy Pelosi made good on her word that the House would pursue impeachment if Vice President Mike Pence didn’t agree to remove Trump from office via the 25th Amendment by Wednesday, January 13. “In protecting our Constitution and our Democracy, we will act with urgency, because this President represents an imminent threat to both. As the days go by, the horror of the ongoing assault on our democracy perpetrated by this President is intensified and so is the immediate need for action,” Pelosi said in a letter to Democratic colleagues on January 10. 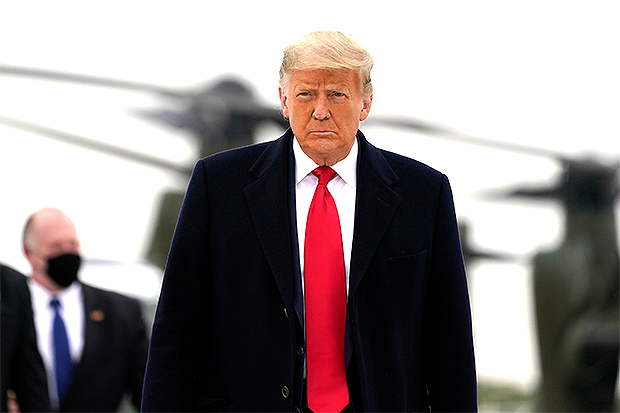 Pence said in a letter to Pelosi on January 12 that he believed invoking the 25th Amendment would not be in the best interest of our Nation or consistent with our Constitution.” He accused the House of attempting to “play political games.” That same day, Trump refused to take responsibility for any part of the insurrection despite telling his supporters to “fight like hell” and march to the Capitol minutes beforehand.

“If you read my speech — and many people have done it, and I’ve seen it both in the papers and in the media, on television — it’s been analyzed, and people thought that what I said was totally appropriate,” Trump told reporters at Joint Base Andrews, en route to Alamo, Texas. This, of course, is another lie out of the mouth of the president. He also issued what sounded like a disturbing warning to President-elect Joe Biden while surveying the border wall in Alamo:

““The 25th Amendment is of zero risk to me but will come back to haunt Joe Biden and the Biden administration – as the expression goes, be careful what you wish for. The impeachment hoax is a continuation of the greatest and most vicious witch hunt is causing tremendous anger and division and pain far greater than what most people will ever understand. Which is very dangerous for the USA, especially at this very tender time.” 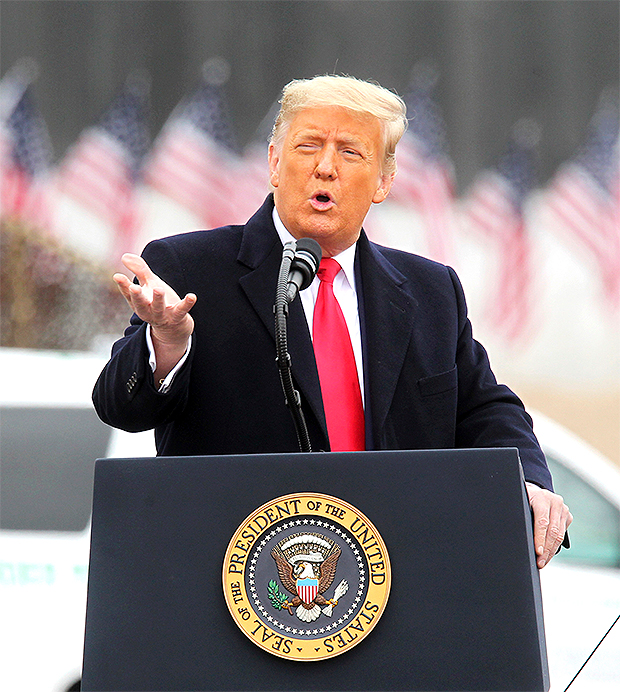 On January 6, insurgents marched straight from a pro-Trump rally, where they heard an inflammatory speech from the president himself, and attempted to overthrow the Capitol. Hundreds of rioters busted through barriers outside the building and attacked Capitol Police officers standing in their way. Disturbing footage from the insurrection shows rioters climbing the walls and smashing windows, knocking down doors, and running through the hallways with Confederate flags and Nazi propaganda — and red MAGA caps.

Inside, a joint session of Congress was in their chambers counting Biden’s Electoral College votes in order to officially declare him the president-elect. Some insurgents were carrying zip ties, implying the intent to take hostages. Others set up gallows outside the building and said they were there to hang Vice President Pence, whom Trump had just condemned for not overturning Biden’s victory — a power Pence does not have. Congress narrowly escaped before insurgents burst into the chambers.

Five people, including a Capitol Police officer, died in the attack. As of January 13, over 150 case files were opened in regards to the Capitol rioters, and 70 people charged, according to Michael Sherwin, the DC District Attorney. The misdemeanor charges filed so far are “just the beginning,” he said in a statement, adding that officials are also looking at “significant felony cases” of sedition and conspiracy.

This is, of course, the second time President Trump has been impeached, in just over one year. Trump was impeached by the House of Representatives in December 2019 on two articles: “obstruction of Congress” and “abuse of power.” The charges came after Trump engaged in a quid pro quo arrangement with Ukrainian President Volodymyr Zelensky. Trump urged Zelensky to dig up dirt on Biden, his 2020 election rival, as well as his son, Hunter Biden. In exchange, Trump implied that the United States would give substantial aid to Ukraine.

Only two other presidents have been impeached in United States history: Andrew Johnson in 1868, and Bill Clinton in 1998. Neither were convicted. This story is still developing. HollywoodLife will provide updates as more information becomes available.