Andrew “Freddie” Flintoff, 42, has reflected on the moment he was stripped of his vice-captaincy in the England cricket team by coach Duncan Fletcher, following a drunken ride on a pedalo. The incident took place in 2007 during the Cricket World Cup in St Lucia.

The Top Gear presenter had to be rescued from the water following his misdemeanour.

Freddie has now revealed how his family responded to the situation at the time on Sky One show A League of Their Own.

The star admitted the incident was “terrible timing” because he had to inform his mum about his mistake while she was celebrating Mother’s Day.

The retired sportsman got onto the subject when football pundit Jamie Redknapp asked: “When you got done with the pedalo, what did your mum and dad say to you? 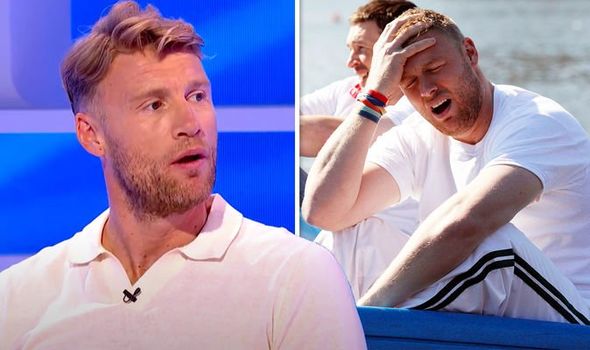 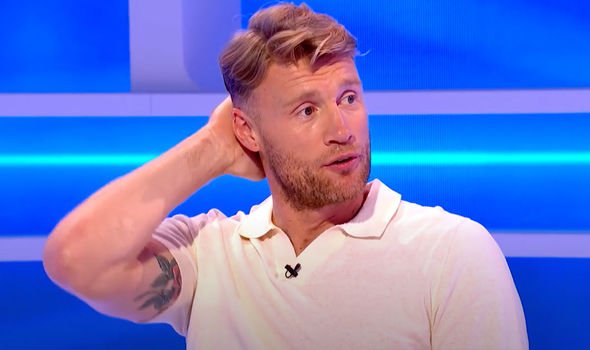 “Obviously you had to make a call or did you not?”

Freddie explained: “No, I did because it was terrible timing, it was Mother’s Day.

“So I phoned my mum up and said, ‘Happy Mother’s Day mum, did you get the flowers?’ And she goes, ‘Yeah, thanks.’

“And I said, ‘Also I’m going to be in the newspapers tomorrow, but it’s probably not quite what you’re expecting.’ 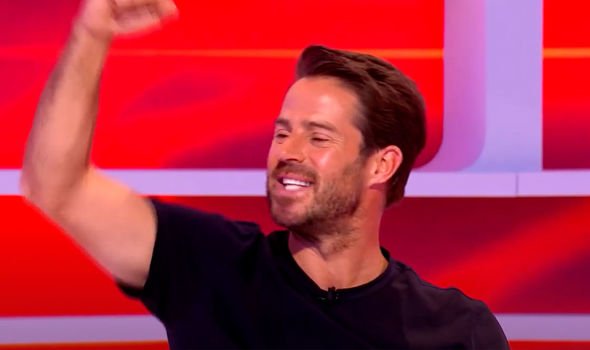 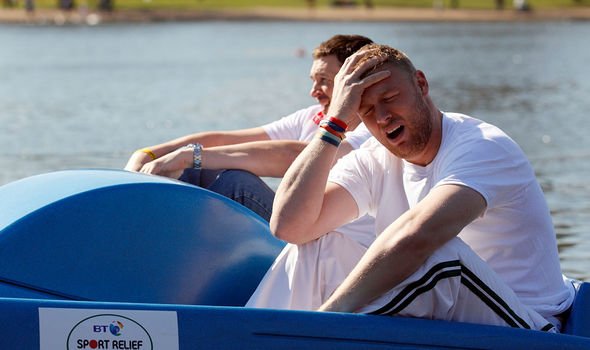 “She was good as gold about it, it was my grandma, she got doorstepped by one of the newspapers.”

Recalling when journalists spoke to his 80-year-old relative, Freddie continued: “They knocked on the door and my grandma would have been 80 odd and she didn’t know what had happened.”

Fortunately, the star’s grandma was on his side and ready to defend his night out.

Freddie added: “So the journalist has explained it and then my grandma got the headline saying, ‘It’s a poor do if you can’t go out on a bender from time to time.’”

Freddie previously spoke to Piers Morgan about the incident on his show Life Stories.

Explaining his actions, the presenter said he believed former England cricketer Ian “Beefy” Botham was on a boat at the time enjoying a late-night drink, and he wanted to go and join him.

He told Piers: “We’d just come off the back of the Ashes, and I was so desperate to do well in this World Cup.

“I went out, I got a duck, out first ball actually … then I didn’t get a wicket, and then we got beat. I went back to the hotel room … I thought: ‘I’m not going out’ … but I was in my room, I was smashing the room up, I was gutted and then I thought: ‘I’m going to go out for a bit.’

“About 1:30am I thought: ‘I’m hammered here, go home.’ I had to walk partially across the beach. For some reason I had this idea these boats out to sea – it sounds bizarre – but I knew Ian Botham was on one and I thought: ‘I’m going to have a nightcap with Beefy.”

Freddie continued: “I thought: ‘I can’t swim … that would be dangerous,’ so I was going to get a kayak.

“I couldn’t find the oars, so I dragged this pedalo into the water. The next morning I woke up, I was on my bed and … still wet and … sand between my toes.”

Episode four of the new series of A League of Their Own airs tonight on Sky One and NOW TV at 9pm.