All good! Garcelle Beauvais revealed where she and Denise Richards stand, after the Bravo star filmed her first season of The Real Housewives of Beverly Hills without her fellow actress.

“She’s good. She’s working a lot,” Beauvais, 54, exclusively told Us Weekly on Thursday, April 22, while promoting her partnership with Arm & Hammer Baking Soda for the “Baking Soda Showdown” at-home cleaning competition. “I said to her that she looks younger and happier since she left the show.”

The Jamie Foxx Show alum said that she doesn’t think Richards, 50, misses being on the reality series at all. She does, however, think the Bold and the Beautiful actress “misses some of the girls.” 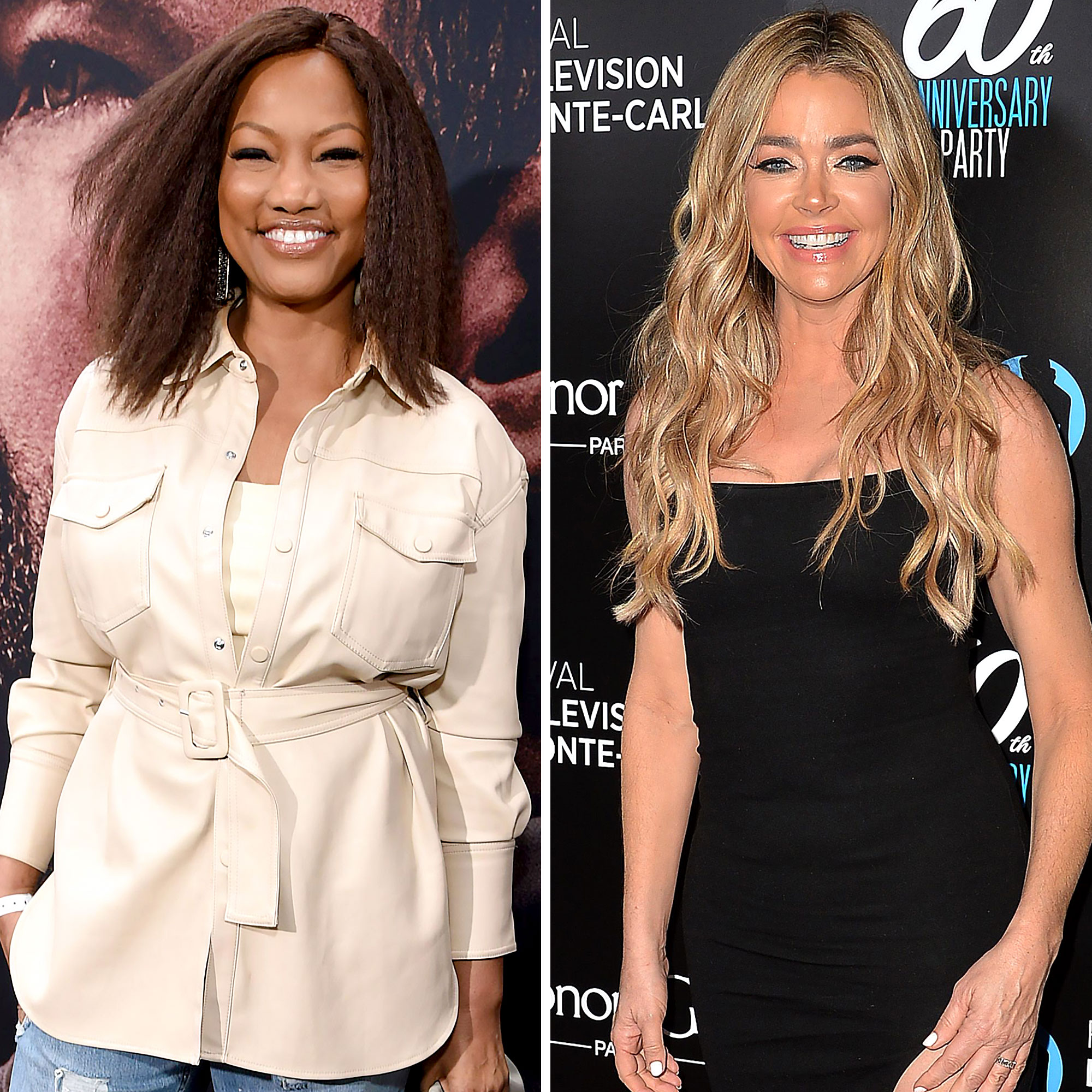 Being a part of the Bravo franchise is a “hard job,” according to Beauvais, and for Richards “last year was really tough on her.”

While the Real cohost admitted that it’s “absolutely” hard for her to put her life out there after becoming a full-time cast member during season 10 in 2020, she knew what she was getting into.

“With Denise and I being actors, we’re used to playing a character,” Beauvais explained. “When you’re doing reality, you have to be exactly who you are and that can be tough sometimes. There’s vulnerable times that you don’t want to share, but you have to because you signed up for it.”

Biggest ‘Real Housewives’ Feuds Ever — And Where the Relationships Stand Today

Richards announced her exit in September 2020 after two seasons on RHOBH. Her departure came after her ongoing drama with Brandi Glanville was featured during season 10. Glanville, 48, claimed the two women had an affair.

The Love Actually actress maintained that she didn’t sleep with Glanville, or cheat on husband Aaron Phypers, but the Drinking and Tweeting author insisted that she had sex with Richards while visiting her on her movie set in April 2019.

Richards spoke out about why she was leaving the show later in September during an appearance on The Real, saying, “the second season was challenging” and she thought it was “the right time” to go and start “focusing on other projects.”

The following month, Beauvais confirmed she would be returning for season 11 of the show after previously saying if Richards left, she would also walk away.

“I am returning to the Housewives, yes,” she said during an interview with Entertainment Tonight in October. “You know, you gotta be a little, a little brave. A little scared. A little ready. I mean, it’s all those things, and I say it with a laugh because I’m ready, but you’re never really ready.”

The Haitian-American actress also spoke about Richards’ leaving, saying, she “really” wished she was coming back. “I think she’s great. I think she brings a lot. I think the fans obviously love her and root for her, so I’m really sad about it,” Beauvais said. “I wish there was something that could have been done. I’m going to miss her, obviously. I’m going to miss her on the platform, but we always talk.”

In between her RHOBH duties and keeping up her friendship with Richards, Beauvais has been working with Arm & Hammer Baking Soda to launch “The Baking Soda Showdown.” The at-home cleaning competition gives fans a chance to win $10,000 and hopes to encourage families to #TeamUPandCleanUp their homes together.

“Partnering with Arm & Hammer Baking Soda has been so organic for me. I grew up with the product in my kitchen, like most people, but finding a new way to use it has been really, really fun and also challenging my kids,” Beauvais told Us. “With the Arm and Hammer showdown challenge and getting them to clean without them thinking they’re cleaning has been amazing. So it’s really fun.”

Beginning on Tuesday, April 27, and ending on Tuesday, June 15, consumers can visit the Baking Soda Showdown website to participate. To learn more about the competition, click here.