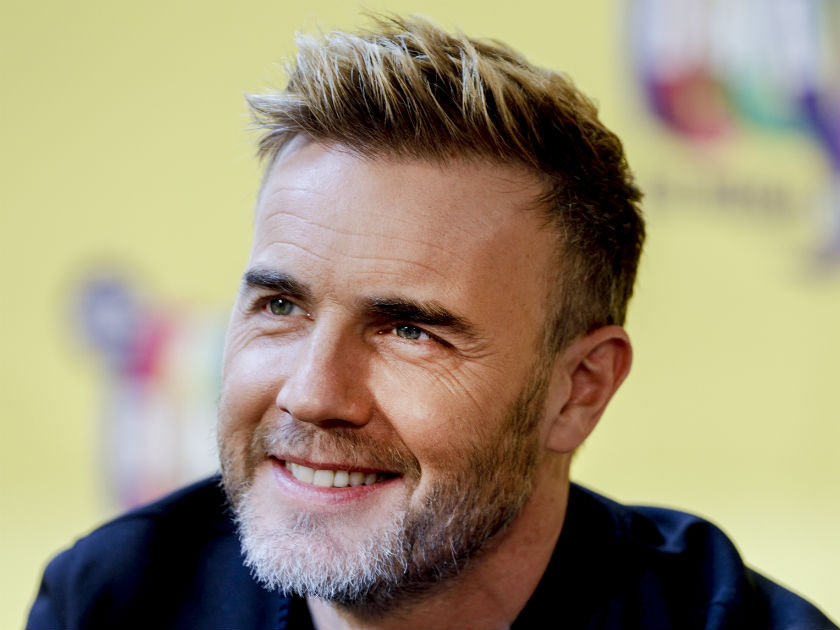 Gary Barlow, 49, who recently celebrated his birthday and wedding anniversary, took to Twitter to make the request to his army of followers.

Gary wrote, ‘Can you submit some #lookatus pics please ? I’ll feature my favourite on Sunday on all socials.’

He also teased a new project, tweeting, ‘I’d love to say more about the shoot I was doing yesterday but I can’t so I won’t say anything except what I’ve just said but wasn’t meant to say #shutupnow.’

But he did reveal more of an insight during a fan Twitter live Q&A where he answered all burning questions.

The big questions were ‘Will you ever work with Robbie again doing solo stuff?’ to which he replied, ‘Sure’ and another fan asked, ‘Will Take That ever do a new record?’ and he replied, ‘Of course’.

He revealed, the best place he’s ever performed in the UK as The Royal Albert Hall. He’d love to recreate Take That’s The Circus tour out of all the themed gigs he’s played – of which he admits talks to bring it back are still planned. And he’s in talks to perform at the London Palladium to mark his 50th birthday next year. ‘It’s all being discussed’ he tweeted in response to a fan who asked ‘Have you made any plans for your gig at the Palladium for your 50th?’

Did you know – artists, producers, film composers travel thousands of miles to work with our UK orchestras. They are without question the best in the World. I’ve had the pleasure of their talent many times on this record. What an honour. #newmusic

In other news, Gary confirmed that The Band musical movie is currently being cast. His secret to a successful marriage – having just marked 20 years with wife Dawn, is “just keep saying yes” and he even commented on Prince Harry and Meghan, when a fan asked whether he thought they should stay living in the UK. Gary replied, ‘They should do what they want – love each other – love their children and live life to the full xx’

Gary has a lot of projects in the pipeline, aside from new music being released later this year and a tour in 2021, he is the new ambassador for P&O Cruises.

He also confirmed, ‘I’m pleased to announce that @BBCRadio2 have asked me to do a second series of ‘We write the songs’ let me know who you think I should interview.’

And he admits he’s love to work on a show like Let It Shine again.

While you clear your diaries to make way for all these plans, have a dig around for some throwback snaps of Gaz!