Hannah Brown is cozying up to Adam Woolard! The former Bachelorette was spotted holding hands with the model in Los Angeles on Saturday.

Hannah — who shared with fans in November that she was dating again post-Bachelorette — kept Adam close as they walked down Abbot Kinney Boulevard in Venice. The Dancing With the Stars alum and her apparent date bundled up in green jackets for the gloomy weather, and sported face masks amid the coronavirus pandemic.

Photos obtained by the Daily Mail also show Hannah and Adam (who fans say bears a resemblance to Tyler Cameron) smiling from ear to ear during a moment without their masks, away from others.

During a November video on her YouTube channel, Hannah revealed she had signed up for a dating app and was stepping back into the dating pool for the first time since The Bachelorette. Her 2019 season of the ABC dating show saw her failed engagement to Jed Wyatt after discovering he had a girlfriend while on the show. On After the Final Rose, she asked out her runner-up, Tyler, and they spent the night together — but things quickly fizzled out.

“I’m just putting myself out there,” Hannah said on YouTube of starting to date again. “There’s no pressure for anything because of the world that we live in right now. I mean, I’m not going to start just macking on you. I don’t know you. So, it just kind of gives that good boundary that I’m in full support of in this time in my life.”

A month later, Hannah teased fans about the mystery man in her life. On Dec. 22, she shared a photo of her most recent date on her Instagram Story, placing an emoji over the man’s face. 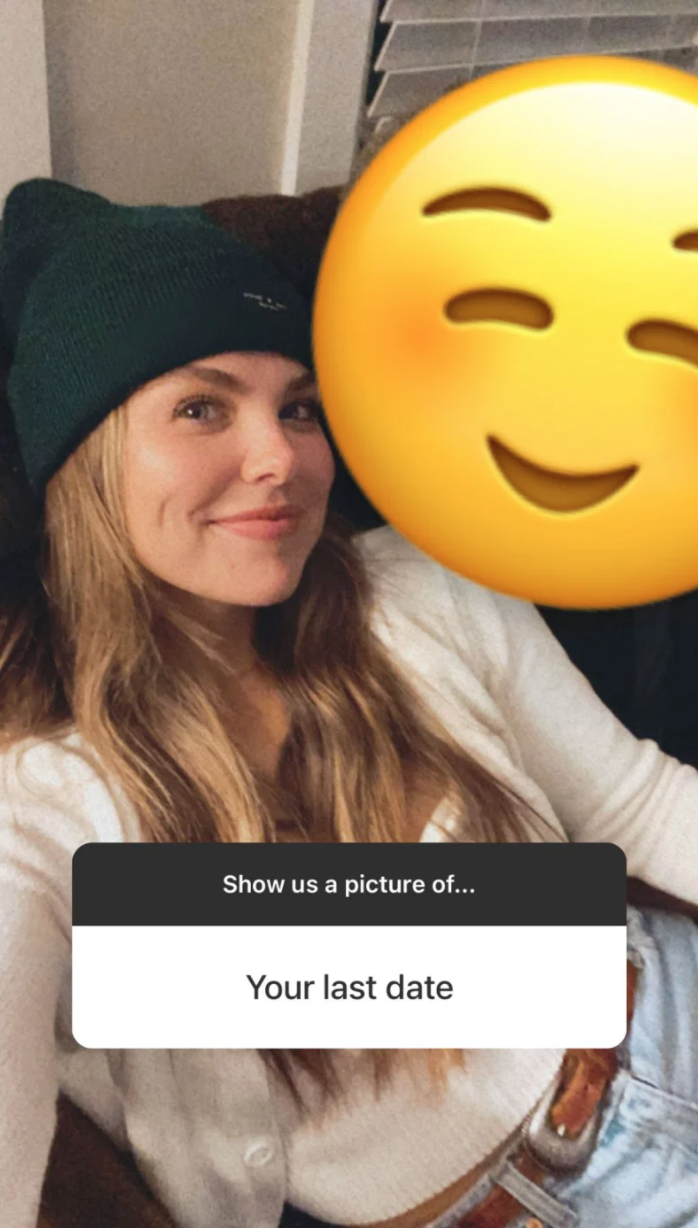 See more on Hannah in the video below.