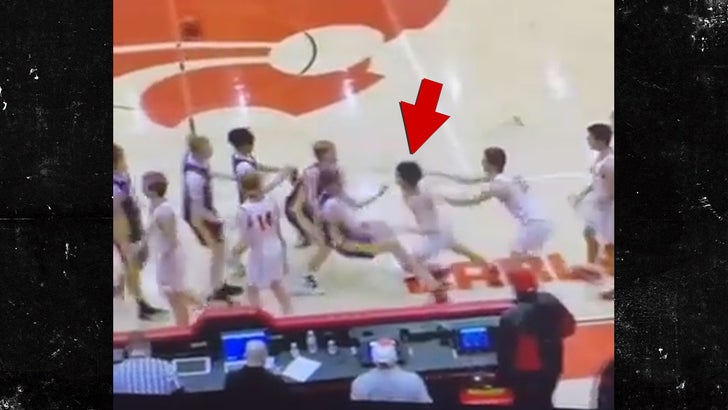 A high school basketball player wound up and sucker-punched his opponent twice during postgame handshakes this week … and now cops are investigating.

Here’s what we know — Nevada H.S. was facing off against Carlisle H.S. in Iowa on Tuesday … and when both teams lined up to say “good game” after Nevada’s 72-47 win, #4 on Carlisle attacked #5 on Nevada.

Unclear what happened in the game, but it appears the players were going through the line without incident before Nevada’s senior guard threw punches to the opponent’s stomach and head. 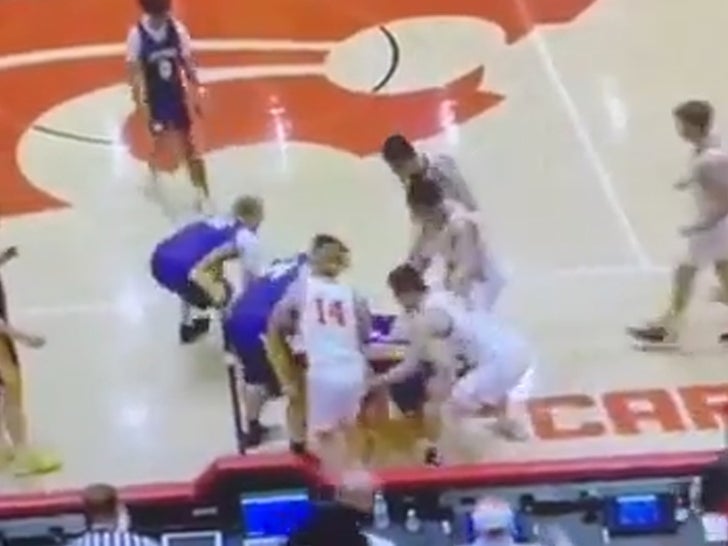 The player who was attacked then falls to the ground as other players and coaches step in to put a stop to the altercation … with the Carlisle player getting wrestled to the ground.

We spoke with Nevada superintendent Dr. Steve Gray, who tells us the player is currently doing okay.

“It’s a very unfortunate situation,” he tells TMZ Sports. “I’m happy they deescalated it. I thought our coaches and staff handled it well and got everyone out of there without it worsening.”

Carlisle PD tells us they are aware of the incident and an investigation is underway.

An officer was present during the game, but the player was not arrested.