Meghan Trainor’s 2021 glow-up is major. The Grammy-winning singer-songwriter — who just welcomed her first child, son Riley, in February — is entering her busiest season ever with multiple television projects in the works, including a scripted comedy that will mark her biggest acting gig yet. And she’s jumping in headfirst straight out of the pandemic… as a new mom! So how exactly is she keeping her head on straight? With the help of her dream team and Verizon’s new 5G smartphones! Wonderwall.com caught up with the “All About That Bass” chart-topper as she helped launch Verizon’s “The Biggest Upgrade Ever” glow-up campaign to get the scoop on how she was able to get back to work so quickly after giving birth, her three secret weapons to juggling her career with her duties as a new mom, the best and worst things about being pregnant during a pandemic, why she’s not ready to perform live yet and more. Keep reading for the highlights from our chat…

RELATED: Celebs who were diagnosed with COVID-19

Meghan Trainor on getting back to work just three months after giving birth:

“I have three secret weapons: I have my husband, my mom and my team. They’re all helping me. … My husband [‘Spy Kids’ franchise star Daryl Sabara] is there all day long with my baby [on set], and any time I get a second of a break, he runs out the baby and then I get to see him. I was worried taking a job only three months after having a baby, but the fact that I get to bring my kid to work every single day, I don’t have to miss him as much. And my mom is my assistant. Any time Daryl and I want to go have a workout together or do something by ourselves, she’s always there to help babysit, and it’s the greatest thing ever. To have a mom like that is pretty special. And then my team takes care of me — they make sure my days off are my days off. They’re like, ‘OK, baby time! We’re not talking to you all day long.’ So it’s great.”

RELATED: Celebs who had babies in 2021

Meghan Trainor on her at-home glow-up and feeling inspired by her baby boy to work harder than ever:

“I’m thriving! I’ve been glowing up with my fitness, with my health, with my mental health. I’ve been reading. I went to get the Oprah [Winfrey] book [‘What Happened to You? Conversations on Trauma, Resilience, and Healing’] — it’s so good! … I’ve been so inspired with my baby just, like, looking at him. We go on walks outside every day, and I just look at him in the stroller and I’m like, ‘I will accomplish anything for you. I will run the world for you!’ So I’ve been doing a lot and I’m feeling great.”

Meghan Trainor on why she isn’t dealing with culture shock heading back to work following a pregnancy and a pandemic:

“During my pregnancy, we did a Christmas album. So we figured out right away how to keep working and how to still spread music and spread joy — even trapped at home. I did my photoshoots at home, and we figured out how to get everyone COVID tested safely. You just kind of have to adapt to the new world, and my team was the best at it.”

Meghan Trainor on her upcoming television projects and how the timing fulfilled her fantasy of what her life as a new mom would be like:

“I’m still meeting with writers and getting the concept together [for my NBC scripted comedy]. But NBC reached out during the pandemic — and it’s been my dream. My whole life, I’ve been telling everyone, like, ‘When I have a baby, I want to do television. I want to drive to work and drive home.’ So that was just a pure destiny-manifestation moment when [NBC reached out]. And then in the meantime while working on that show, NBC was like, ‘Hey, we have other shows if you want to be a part of those as well,’ and I was like, ‘Yes, yes, yes, yes!’ So I’m the host of ‘Top Chef Family Style,’ where they have a young chef and a family member — it can be their mom, their dad, their auntie, their grandma — come and cook and compete on our show. … And then I have another TV show with NBC called ‘Clash of the Cover Bands’ where we judge cover bands, which I’ve never seen on TV, and I’m so excited for it!”

Meghan Trainor on her major stress about the prospect of performing live anytime soon:

“I’m always having stress dreams about when our next show will be. Right now, if they were like, ‘Would you want to put a show together?’ I’m not totally a hundred percent comfortable yet with COVID still being around. But obviously one day I wanna tour again. My team and I were just talking about how my manager bought her first tickets to a concert since all this started, so they’re slowly coming back. But I’m gonna focus on [my TV projects] and writing more music and then hopefully having an album — then I’ll tour. So I’m in perfect-timing mode, I think, for myself and for the safety of my sweet, sweet fans.”

Meghan Trainor on the best and worst things about being pregnant during a pandemic:

“The best part about that was I didn’t have to see a lot of people — for safety reasons as well as for selfish reasons. I was like, ‘Oh, I can’t come out. I can’t do anything!’ But I’m a homebody, so I loved it. I was like, ‘Oh, I’m pregnant — gotta be extra-safe!’ And then the toughest part was — it wasn’t that tough — but going to some major appointments alone was definitely spookier. The doctors were so nice to me, though. My husband would be in the car downstairs, and they would have him FaceTime in. So luckily because of FaceTime, we got to do those things kind of together.”

Meghan Trainor on the worst thing about communicating long-distance with friends and family during the pandemic:

“It was having service — literally. The Internet went out, and we’re in the pandemic. It was kind of the end of the world. It was like, ‘What are we supposed to do now?’ What was really hard was trying to communicate with my grandparents. They’re in Florida, so they’re on the other side of the country. I don’t think they’ll see this because they’re not great at technology. They’re not the best. I’m not even talking FaceTime. I’m talking, like, a phone call is like a mission for my grandparents. Especially with being pregnant and trying to call them, I really struggled at first. And then Verizon 5G has totally made it easier and better — I could call them and tell them the name of my child and that it’s a boy and all the fun exciting things! That was crazy, for sure.”

Meghan Trainor on Verizon’s “The Biggest Upgrade Ever” campaign:

“I’m so excited! Verizon launched the first 5G network ever, so now they’re trying to do something amazing: They’re trying to get 5G in everyone’s hands. They’re calling it their biggest upgrade ever, and I agree — it’s humongous. It’s, like, too good to be true. … The campaign launched June 1, and it’s for new and existing customers. I’ve been with them since sixth grade — forever! — so I’m a huge fan. … All you have to do is trade in your old phone — it can be broken or damaged — and you sign up for one of their best unlimited plans and then they give you a 5G phone on them. It’s insane. And the phone already comes prepackaged with entertainment and music like Hulu, Apple Music and Disney+ — the works! It’s just an amazing deal. It’s crazy, and it’s like their glow-up for the summer.”

“If I’m not on TikTok, I’m on YouTube — and I bounce back and forth between those two. Then I hate when you see the number of how many unread emails you have. It’s like my biggest pet peeve in life, so I crush through emails and text messages to make sure [my inbox is] all clean. … It’s a job.” 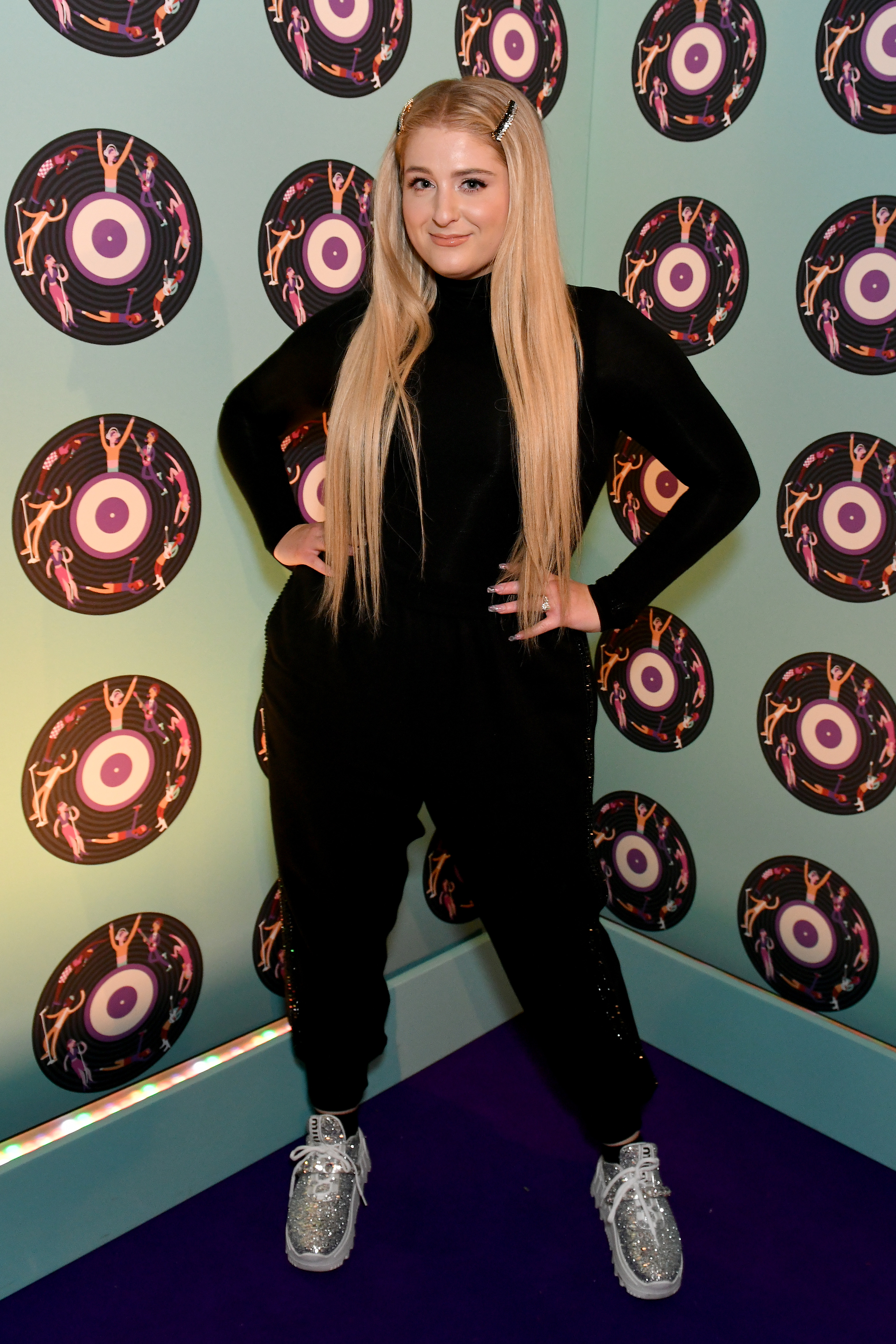 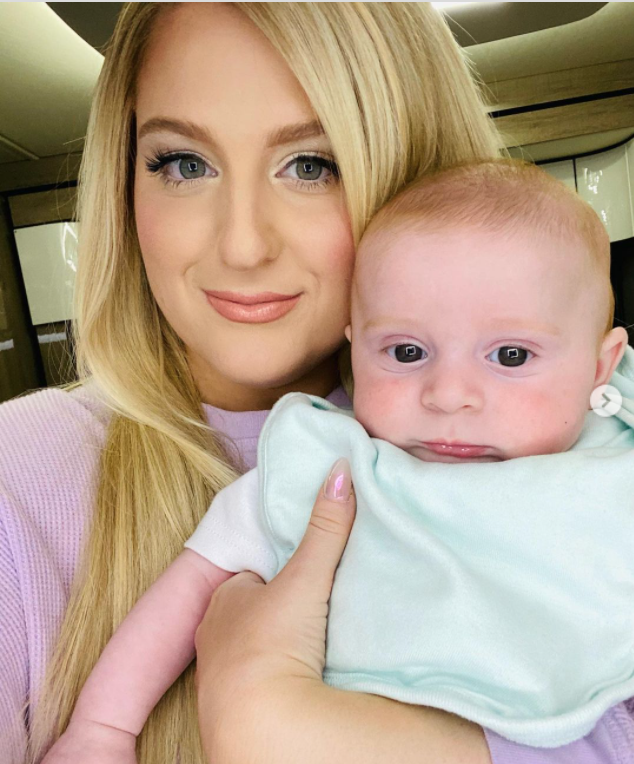 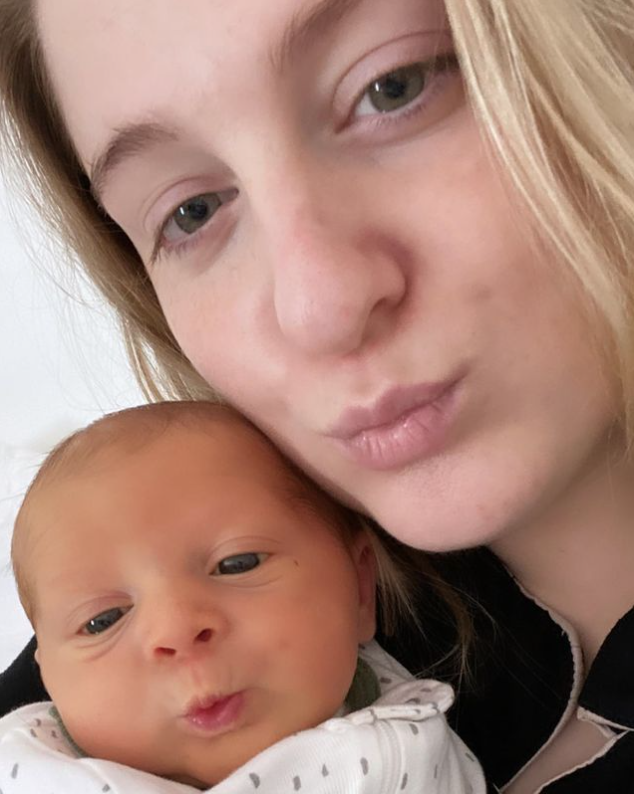 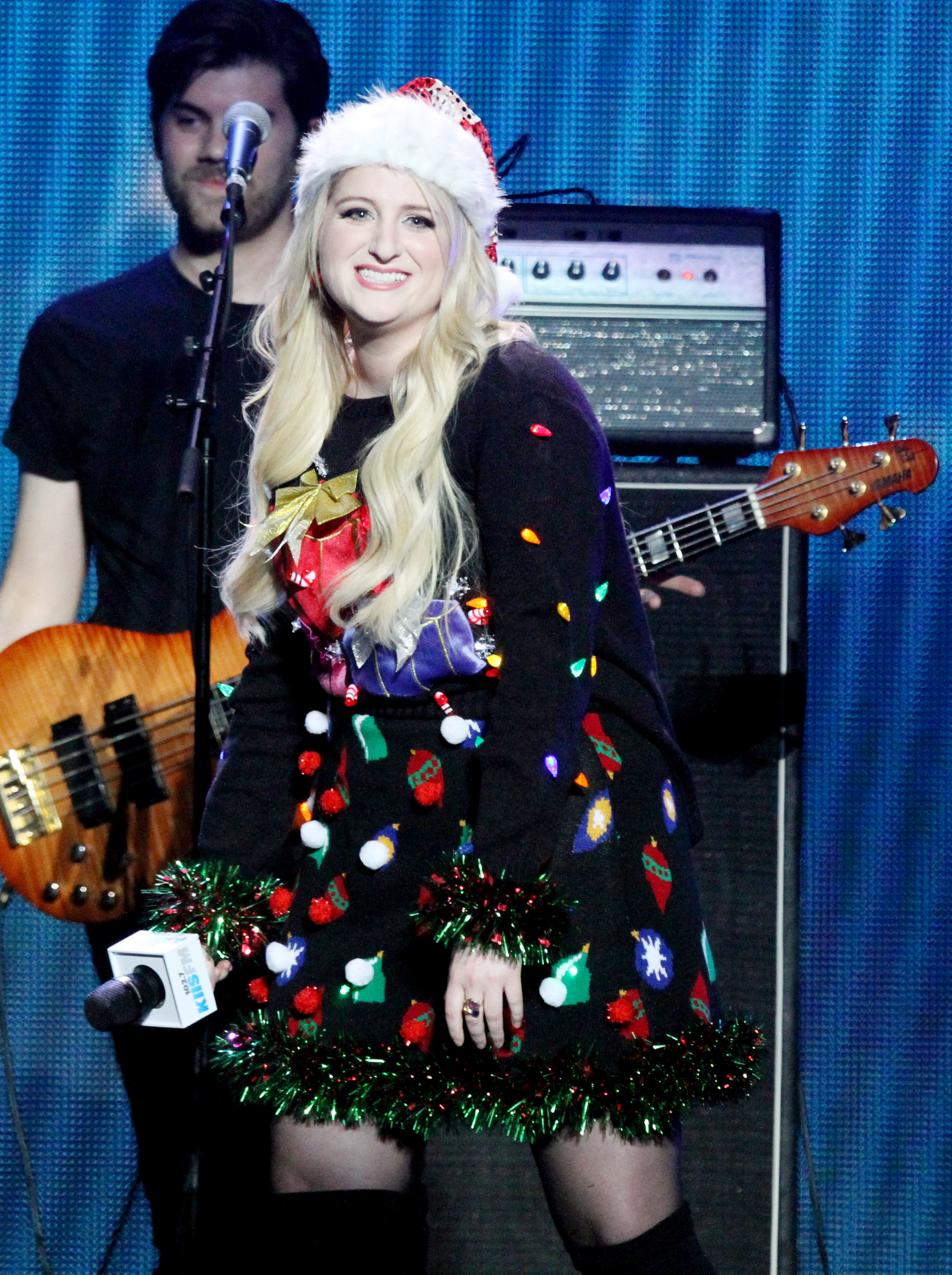 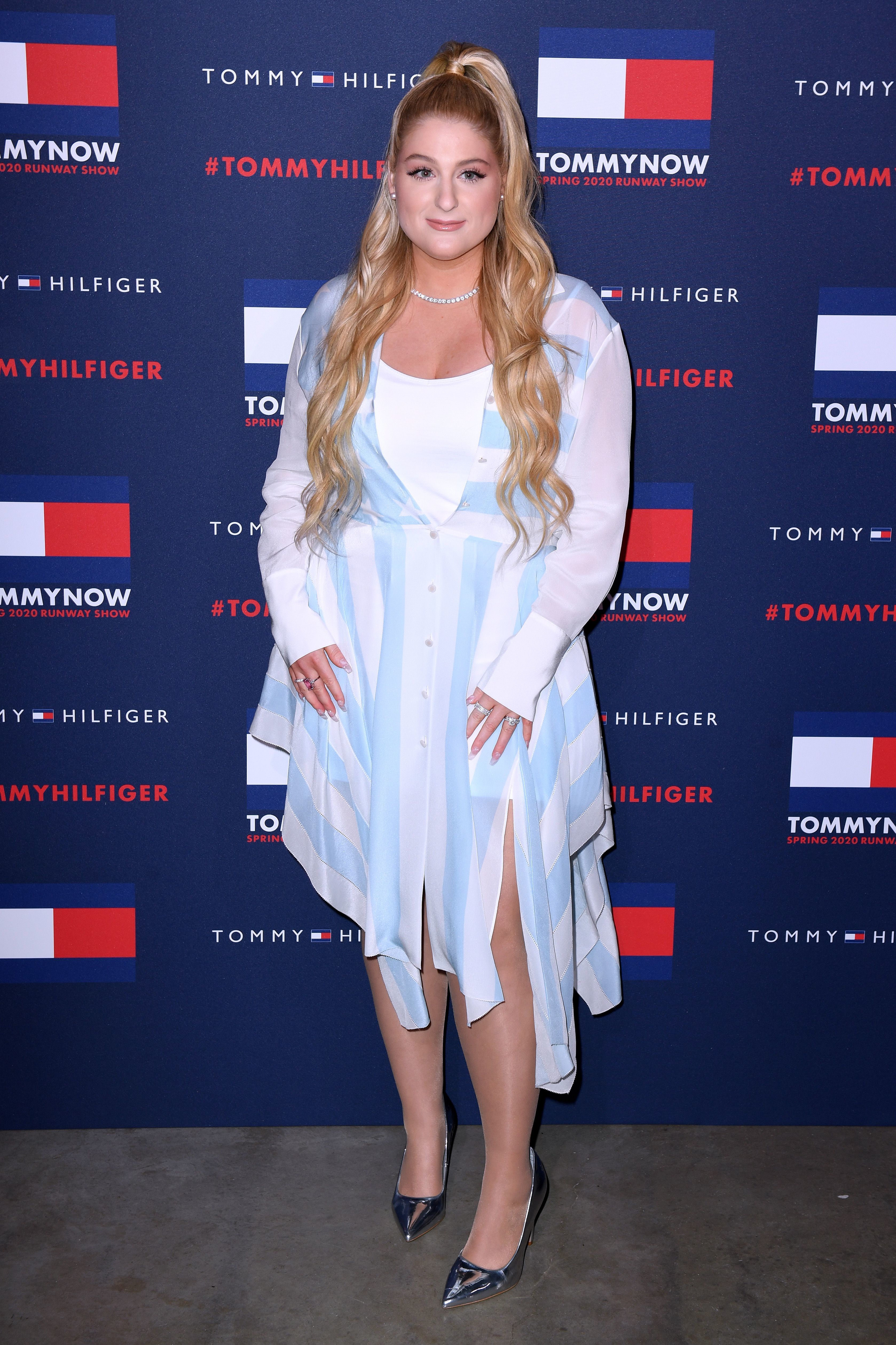 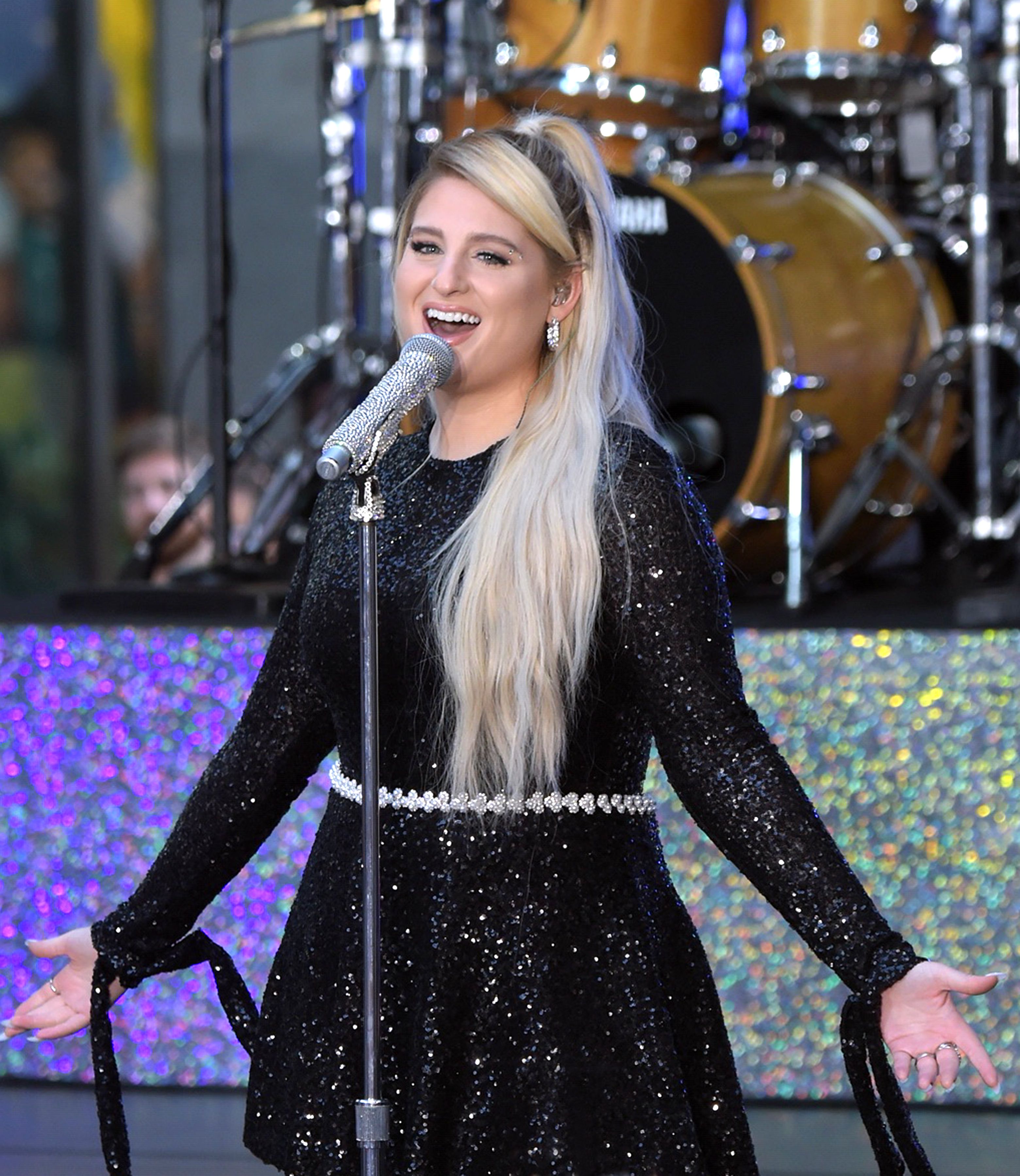 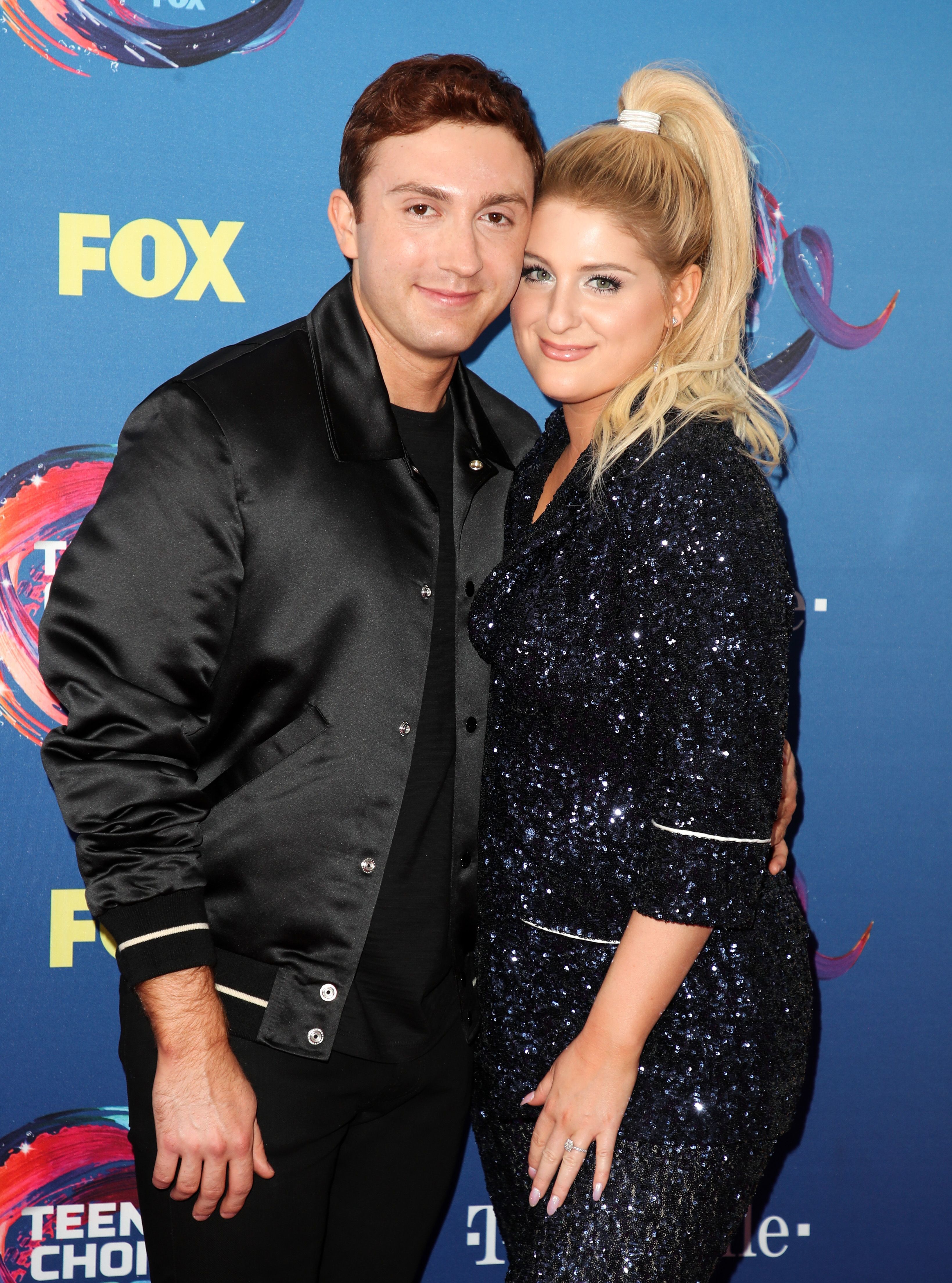 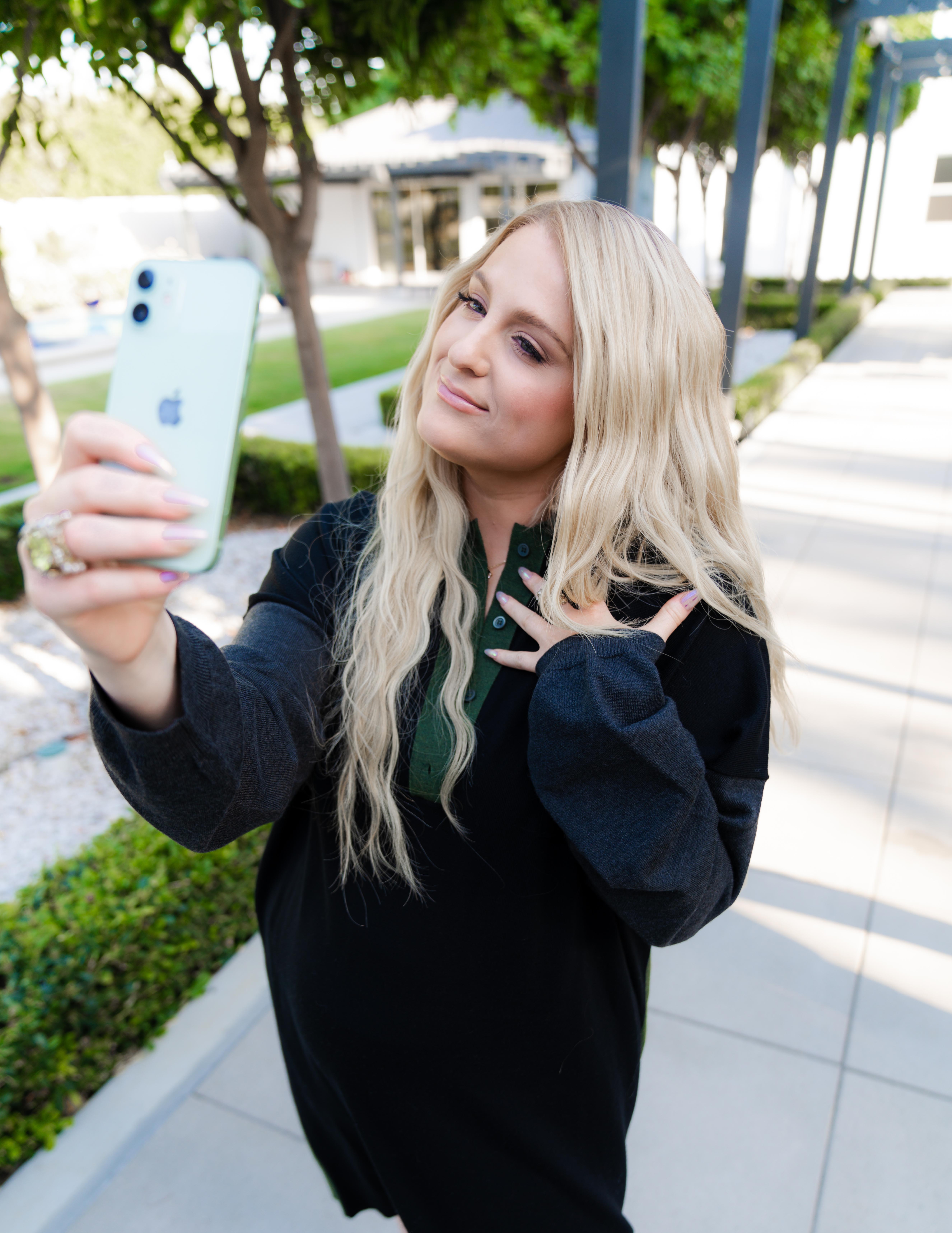 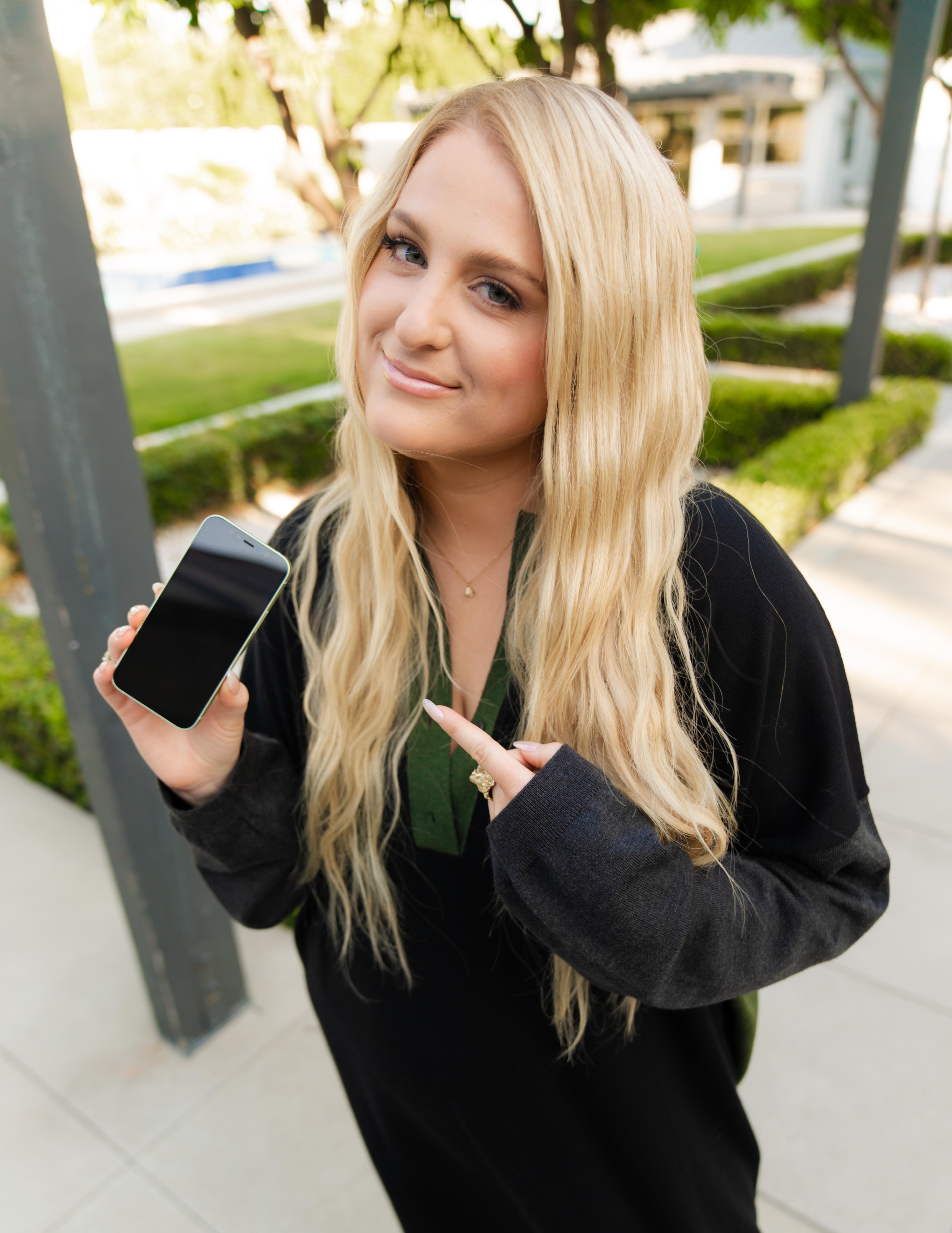 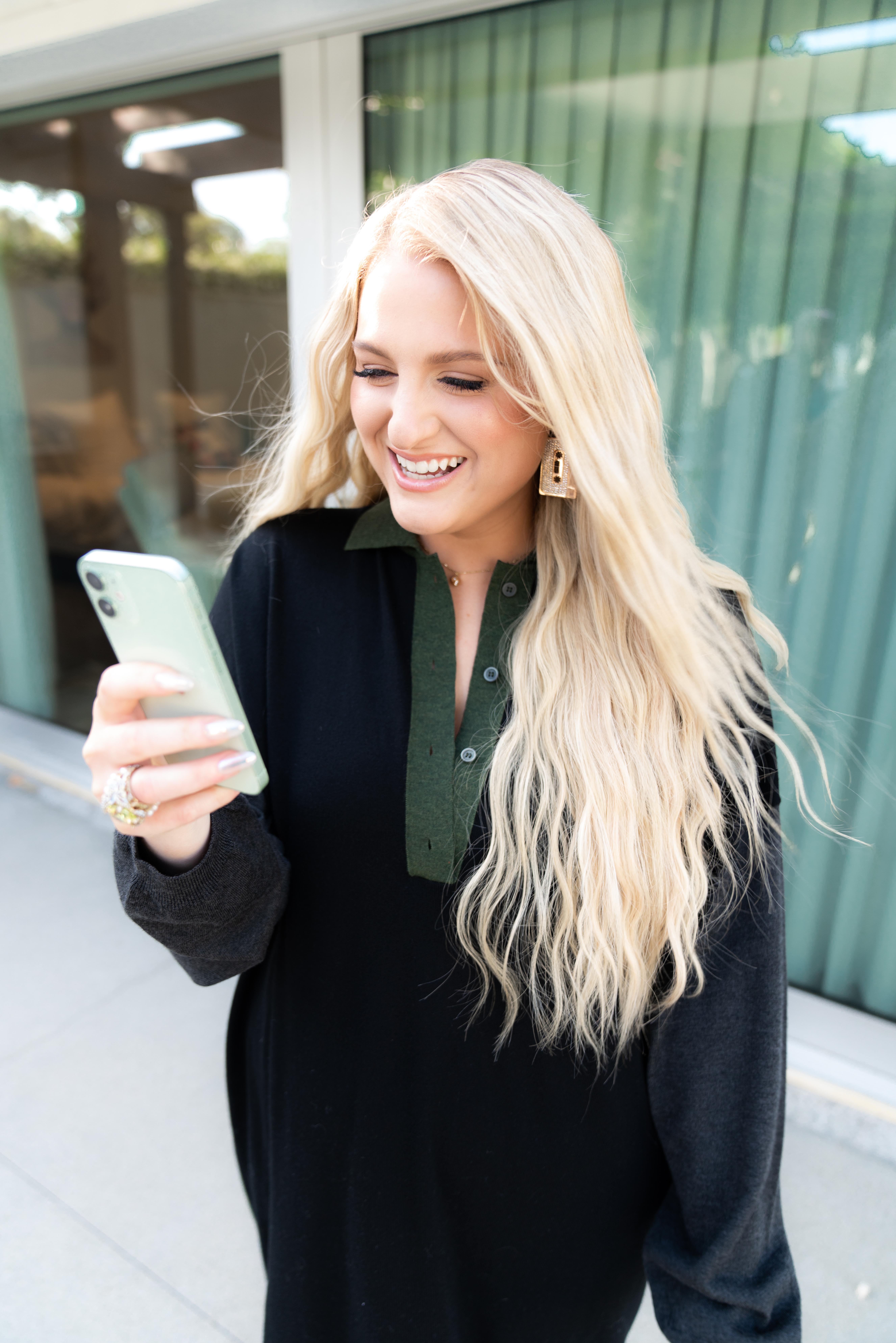 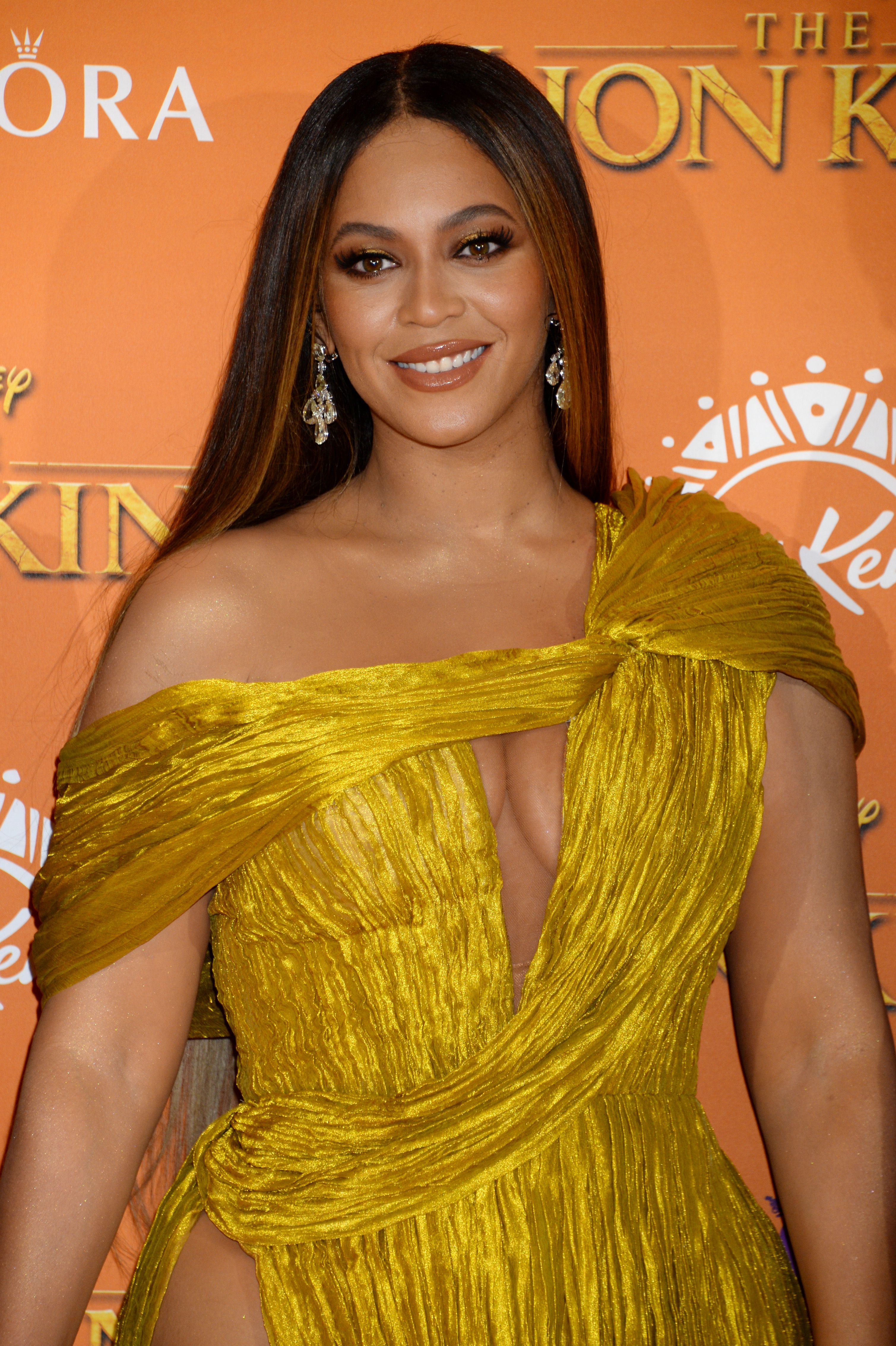