Huw Edwards, 59, previously said he planned to repost his Welsh flag photo ahead of the Six Nations between Wales and France. It comes after the Welsh-born journalist came to the defence of his colleague Naga Munchetty, 46, after she received backlash for poking fun at Housing Secretary Robert Jenrick’s Union flag, which was in the background of his interview on BBC Breakfast.

Taking to Twitter, Huw shared a photo of himself, which he had edited so it appeared as if he was hosting the news with the flag’s famous red dragon behind him.

In view of his 118,000 followers, the newsreader accompanied the snap with the caption: “Félicitations [Flag of France] and a great performance by [Flag of Wales] CYMRU AM BYTH!”

The post read: “Congratulations and a great performance. Wales forever,” when translated. 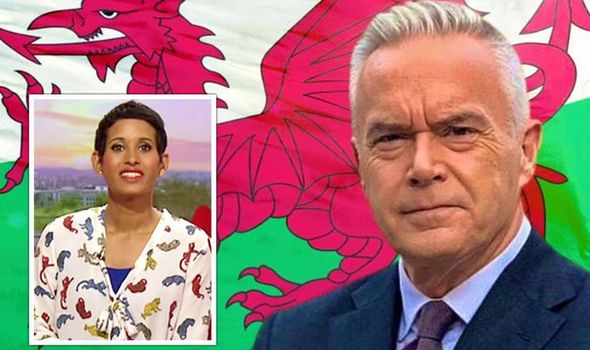 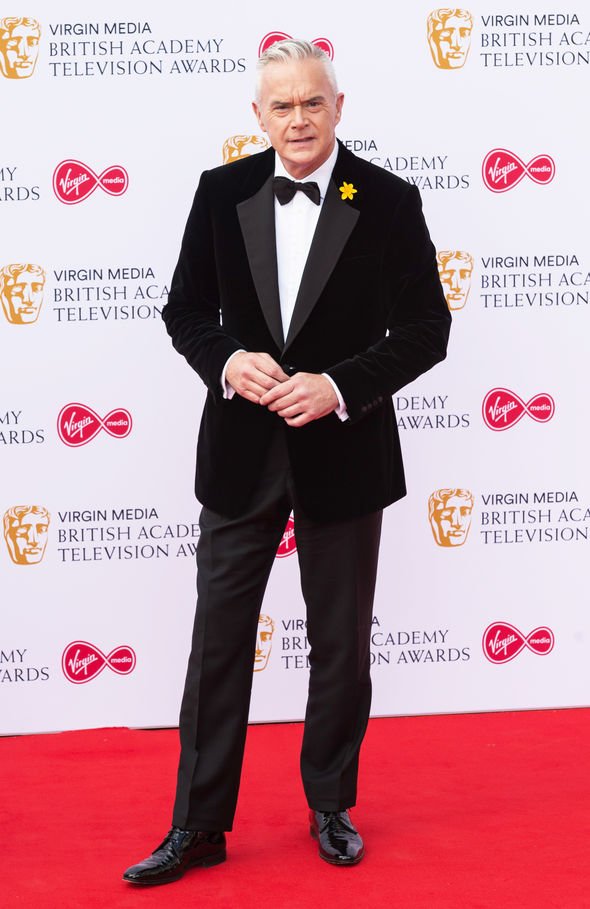 Huw was inundated with comments and Naga liked the newsreader’s congratulatory message.

The Breakfast host also tweeted her dismay after the Wales rugby side lost to France.

Huw’s defiant post comes just days after the journalist claimed he was “ordered” to take his flag post down by the BBC. 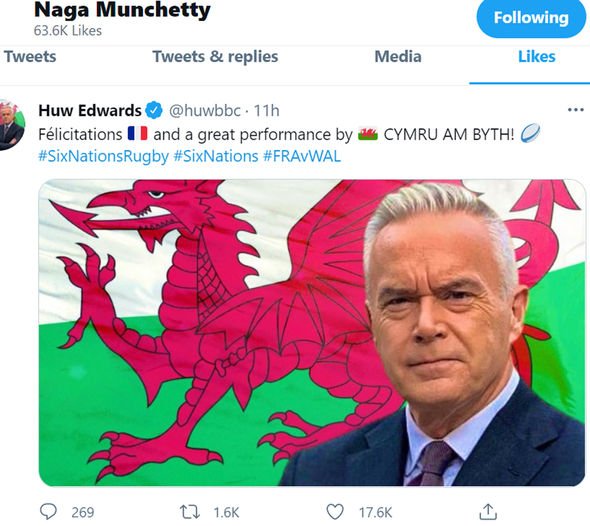 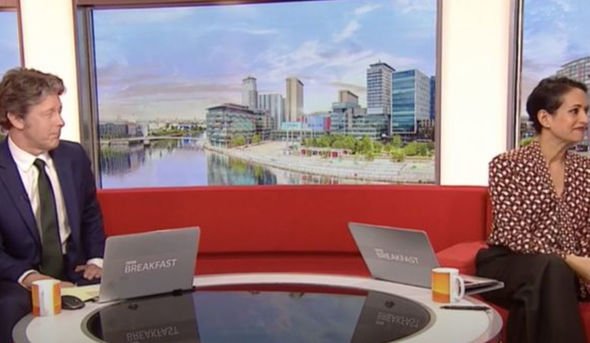 The newsreader took a humorous jibe over Mr Jenrick’s Breakfast appearance where he displayed the Union Jack as his backdrop.

Huw penned alongside the parody snap: “Flags are now mandatory — very pleased with my new backdrop for @BBCNews at Ten.”

Shortly after it was posted, Huw’s tweet was deleted.

He penned in a follow-up post addressing its removal: “Gutted. My pro-flag tweet has been cut down in its prime. By order.

“But it will be back tomorrow — by popular demand.

“Meanwhile enjoy this magnificent flag — one of my favourites. #SixNationsRugby #FRAvWAL,” he added alongside a photo of a flag with the BBC logo on it.

Express.co.uk contacted BBC representatives for comment at the time.

It comes after Naga received online backlash after she was accused of “sneering” over the British flag following an interview with a Government minister.

It comes after her Breakfast co-star Charlie Stayt pointed out that Mr Jenrick had a large Union Jack flag on display behind him in an interview with the Housing Secretary on Thursday’s programme.

“I think your flag is not up to standard size, Government interview measurements. I think it’s just a little bit small, but that’s your department really,” he commented.

Naga was filmed laughing into her hand and added: “There’s always a flag. They had the picture of the Queen, though.”

The Breakfast presenter later issued an apology for “liking” a tweet about the British flag.

Following online criticism, Naga has since received a wave of support from social media users accusing the government of sparking a “culture war”.