While I watched the horrific scenes develop on Capitol Hill on Jan. 6, my chest tightened and my hands shook. I could feel the fear of the members of Congress hiding for their lives as a mob stormed the U.S. Capitol. It felt very close to home. As I watched the commotion of police cars, ambulances, and officers in heavy military gear descend on the Capitol, I was brought back to February 14th, 2018. Like Congress, I know what it feels like to shelter in place from violence.

On Valentine’s Day three years ago, a deranged gunman entered my high school, Marjory Stoneman Douglas, in Parkland, Florida, and murdered 17 of my fellow classmates and teachers. The morning of the attack seemed like an ordinary day: I was stressed about my Spanish test and was excited to go to lacrosse practice after school. But it all changed at the sound of an unexpected fire drill. I remember leaving my classroom at 2:22 p.m. and hearing five pops. At first, my mind refused to accept they were gunshots. I heard more. "Pop, pop, pop." That’s when I realized what the sounds were. At the same time, I started receiving text messages and Snap videos of my classmates and teachers getting shot in classrooms. My teacher calmly announced, "This is not a drill," and told us to evacuate. There was so much chaos and confusion. We all started running for our lives.

Once I got to safety, I watched the unthinkable news story develop. I felt numb when I learned that two students were murdered in my English classroom. The shooting forever changed my city and school. I had to attend more funerals in the following week than many adults have gone to in a lifetime. I had to watch parents bury their 14-year-old sons and daughters.

The events that transpired at the Capitol and my school were very different. But, what wasn’t different was the fear. The terror that students faced while they hid under desks preparing for the possibility of a gunman entering their classroom was the same fear members of Congress surely felt while crouched in desperation as the mob attacked the Capitol.

Members of Congress are learning firsthand the lasting impacts of violence that American schoolchildren face. A 2002 study from researchers at Cornell University found children exposed to gun violence may experience adverse short- and long-term psychological effects, including anger, withdrawal, post-traumatic stress, and desensitization to violence. The fear of hiding from a gunman is not only felt in classrooms; it is also felt every single day in communities where gun violence is the leading cause of death for children. Speaking from personal experience, situations involving gun violence and sheltering in place lead to lasting trauma. 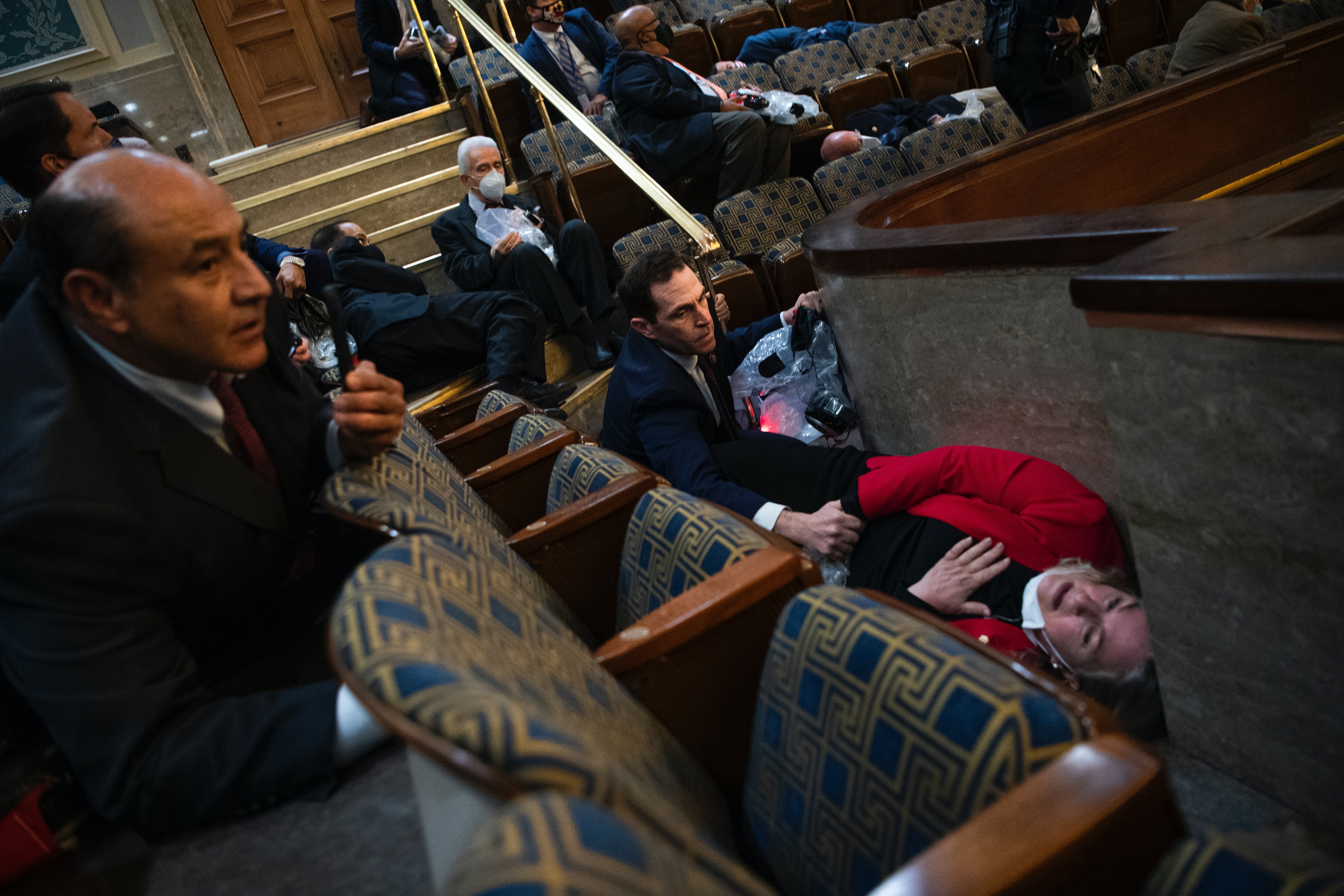 In some ways, congressional leaders were lucky this took place in Washington, D.C., where openly carrying guns is prohibited by law. When a similar protest happened at Michigan’s state Capitol in response to COVID regulations in April 2020, armed protesters openly carried assault weapons through the halls of Michigan’s Congress. Thankfully, that protest didn’t end in violence. The Capitol attack could have been even more dangerous if Washington, D.C., had relaxed gun laws. Congressional leaders should recognize this and pass stronger gun policies, like a federal ban on open carry licenses and universal background checks, to ensure a similar event does not happen in other places, which could have deadlier consequences.

Now that members of Congress know the feeling of a gunman controlling their fate, I have more optimism they will act. Our leaders should have a renewed perspective on gun legislation since they can understand the trauma and fear young people face. Instead of citing political reasons for not passing universal background checks, hopefully, our leaders will remember what it feels like to text their loved ones, "I love you. I might die," before they vote "nay" again on common-sense gun safety legislation.

For the past several years, students have been demanding action on gun violence by organizing walkouts, marches, and advocacy days. But, again and again, our elected leaders ignored our calls with deafening silence. I wish it didn’t have to take a situation like the Capitol attack for me to now believe that our demands for action will be met with more urgency.

It’s still essential, though, for young people everywhere to find a role in making our country safer. We must call state and congressional legislators to action on specific policies, register to vote, and make real and lasting change at the voting booth. When we show up and vote informed, we can hold politicians accountable and hire representatives at all levels of government that we trust.

Our voting power will always be more potent than an attack on our Congress. It is not the monuments or government buildings that uphold our democracy; it is the people’s voices that keep our democracy strong.

Sari Kaufman is a survivor of the 2018 shooting at Marjory Stoneman Douglas High School in Parkland, Florida. She is the founder of MyVote Project and a former board member of Students Demand Action. To easily learn about your candidates, important policy issues, and more, follow @myvoteproject and use myvoteproject.com.

Related posts:
TV and Movies
Piers Morgan mocks Holly Willoughby as he takes swipe at This Morning’s awards
What time does All American come on?
Faye comes clean about Adam's attack in Corrie tonight
'The Man Standing Next' Director on Following 'Parasite' as Korea's Next Oscar Contender
Recent Posts
This website uses cookies to improve your user experience and to provide you with advertisements that are relevant to your interests. By continuing to browse the site you are agreeing to our use of cookies.Ok