Ioan Gruffudd, 47, who has been married to his wife Alice Evans, 49, for over two decades, has made the decision to leave his family, according to his other half. The actress took to Twitter to break the news, in a now deleted post to her 25,000 followers.

Alice penned: “Sad news. My beloved husband/soulmate of 20 years, Ioan Gruffudd, has announced he is to leave his family, starting next week.

“Me and our young girls are very confused and sad. We haven’t been given a reason except that he ‘no longer loves me.’ I’m so sorry.”

Alice and Ioan met while starring together in the film 102 Dalmatians.

They married in 2007 and are parents to daughters Ella, 11, and Elsie, seven. 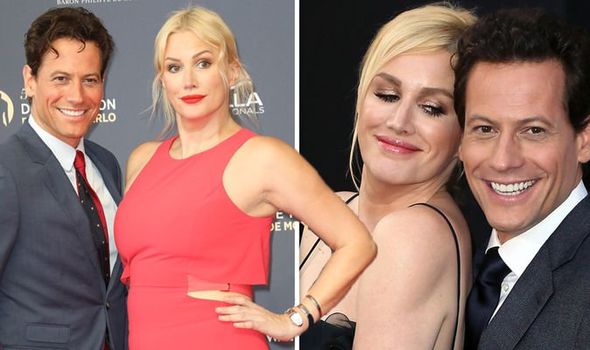 We will use your email address only for sending you newsletters. Please see our Privacy Notice for details of your data protection rights. Naga Munchetty warns BBC co-star she ‘might make him uncomfortable’

They became engaged six years later after she gave him an ultimatum about their relationship, and tied the knot in an intimate ceremony in Mexico.

Ioan is best known for playing Mister Fantastic in the Fantastic Four movies from 2005 and 2007.

He also starred in the ABC series Forever and The CW’s Ringer.