As a young man, Jeopardy! host Alex Trebek found himself tremendously sick, thanks to an act of incredible bravery on the television icon’s part in seeing his sister, Barbara, in harm’s way.

Find out what happened, how he saved her life, and the after effects on his life.

In his 2020 memoir, The Answer Is…, Trebek discussed the death of his sister, Barbara, at age 65. The brother and sister were only a little over a year apart in age.

“My sister, Barbara, died in 2007 of breast cancer,” he wrote. “She married the boyfriend she’d moved to Los Angeles for. Then they got divorced and she married the man next door.” 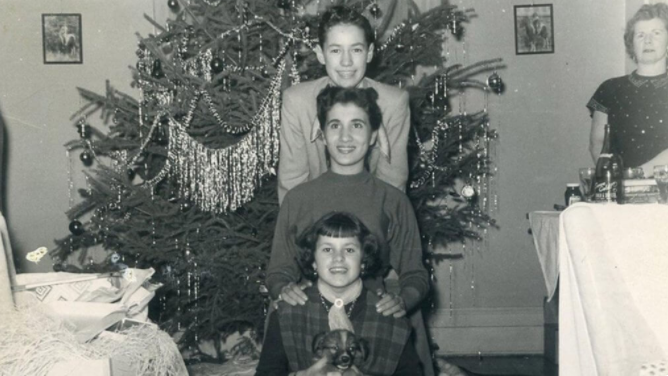 “I was at her bedside when she passed. My mother was there, and so was Barbara’s husband. I turned to my mom and said, ‘Barbara’s gone.’”

Her husband, Barton Holcomb, told Radar Online in 2019 that the siblings’ childhood in the Canadian mining town of Sudbury may have affected their future health.

“Barbara said because Sudbury was a nickel mining town,” Holcomb said, “there was a high rate of cancer among people in the area, including their relatives.”

The 80-year-old father of two told in his book of his close relationship with his sister, saying that as her older brother, “She looked to me for protection even when we were young. There was this one time, when we were living at my grandmother’s house. I guess Barbara was five and I was 7. She was playing on a partially frozen river near the house.”

A responsible older brother, Trebek chased his sister and her friends away from the river.

Alex’s new book is available today! Get your copy of “The Answer Is…”, Alex’s reflections on his life and career, in the link in our bio!

Not only did he fall into the frigid river, he began swimming in the wrong direction and ended up on the other side of it. He was helped out by a railway worker and had to walk a distance to get home, wet and “near frozen to death.”

As he wrote, “That was the beginning of about 12 years of terrible rheumatism – rheumatic pain behind my knees. I used to wake up crying in the night, and my mother or dad would get up and rub my legs with Sloan’s liniment.”

Alex Trebek says he’s not courageous at all

… we're unlocking …   We're bringing you episodes from the #JeopardyVault! Head to our profile for the full schedule!

While the Canadian native even as a young boy showed an extraordinary display of courage, and again in his recent years facing pancreatic cancer with great grace, Trebek says he absolutely is not courageous.

“That’s not the way I look at courage,” he wrote in his book. “Courage is a conscious decision. You do it in a dangerous situation, when you have a choice. Here, there’s no choice.”

“I’ve been diagnosed with a disease that is probably going to kill me. And probably sooner than later. So courage does not enter into it.”