Before dying in a plane crash in 1999 John F. Kennedy Jr. had spent most of his life as one of the world’s most eligible bachelors. People wanted to know who the son of President John F. Kennedy and Jacqueline Kennedy Onassis dated. And, according to a JFK Jr. friend and biographer, he wanted the public to think he was dating even when he wasn’t. 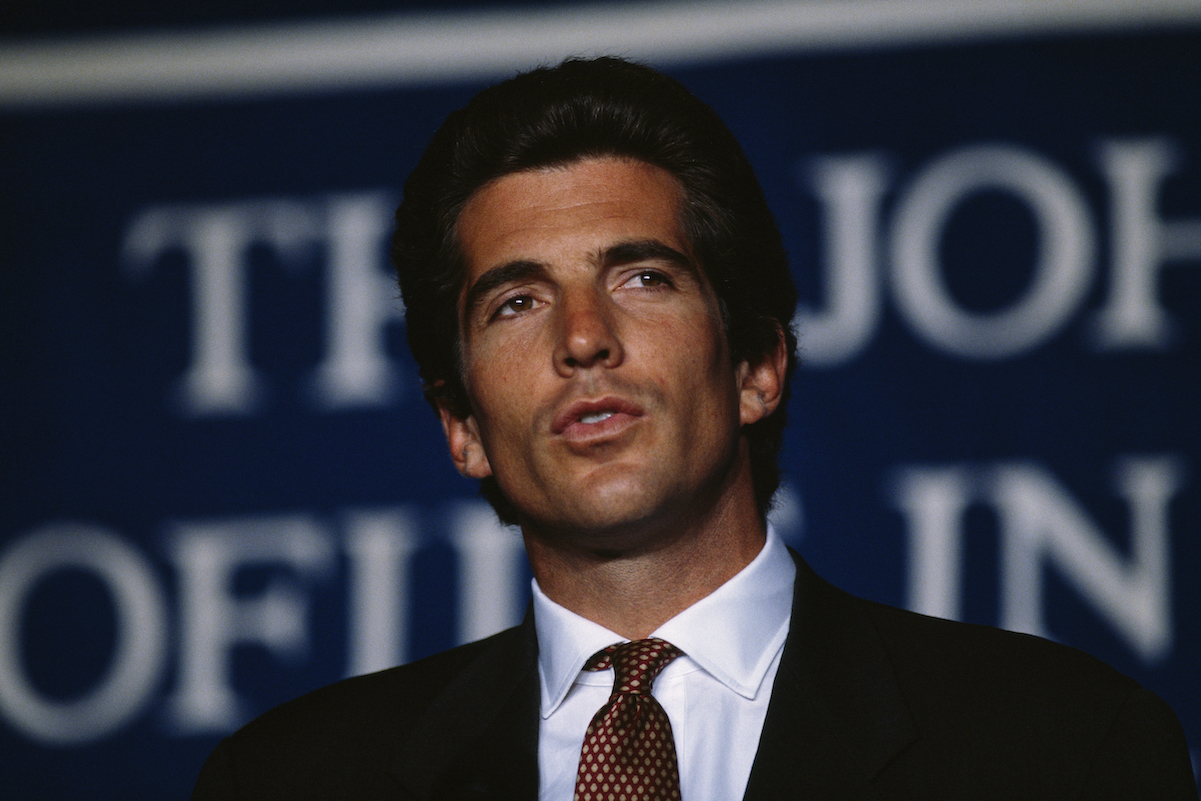 According to historian Steven M. Gillon, the author of America’s Reluctant Prince: The Life of John F. Kennedy Jr., his friend “John was neither as monogamous as some friends claimed nor as promiscuous as the tabloids suggested.”

However, JFK Jr. didn’t necessarily mind his playboy image. He used it to his advantage. Even though the press didn’t always get his relationship status correct, it kept him from getting hounded with “dating offers.” As Gillon wrote, if there was even the slightest inkling of JFK Jr. being single, people would try setting him up.

So, even if he happened to be single and the public thought he was dating, JFK Jr. didn’t go out of his way to advertise his availability.

John F. Kennedy Jr. looked for a new girlfriend ‘before breaking up’ with his current 1

JFK Jr. didn’t stay single for long. According to Gillon, he’d start looking for a new girlfriend before splitting up with his current one.

“John would be monogamous for long periods of time, but once he felt the relationship fizzling out he would search for a replacement before breaking up,” Gillon said.

This caused what the author described as “awkward moments” during which JFK Jr.’s current girlfriend would discover him with someone else. Gillon remembered one particular instance when JFK Jr. was having sex with one woman when the phone began to ring.

JFK Jr. took the phone off the hook not realizing he’d actually answered the call. He left his current girlfriend on the line. She started yelling when she realized her boyfriend was having sex with another woman. According to Gillon, that didn’t mark the end of the relationship. Both women forgave him.

After being linked to the likes of Sarah Jessica Parker, Cindy Crawford, and Daryl Hannah, JFK Jr. met his match. He began seeing the woman who would become his wife, Carolyn Bessette-Kennedy.

First spotted together in the early ‘90s, they eventually moved in together before getting married in a secret ceremony in 1996. They became one of the most famous couples in the world, getting photographed everywhere they went.

The two died on July 16, 1999, in a plane crash off the coast of Martha’s Vineyard along with Bessette-Kennedy’s sister, Lauren Bessette.