Amber Heard was seen with bruises while her ex-husband Johnny Depp was out of the country, according to a witness for his legal team.

The concierge Trinity Esparza claims she only saw hand marks on Heard’s neck two weeks after the 57-year-old Pirates Of The Caribbean star allegedly threw a phone at her, as reported by The Mirror.

The witness contends she saw a mark on the left side of the 34-year-old Aquaman star’s face, though Heard had claimed it was the right side of her face that had been hurt.

Nowhere to be seen: A witness for Johnny Depp claims that he was out of the town when Amber Heard was bruised in May 2016, and the injuries don’t match her description of what happened, according to The Mirror

Esparza, the head concierge at Los Angeles’ Eastern Columbia building, where Depp owns multiple units, said she saw a bruise on Heard’s cheek and two finger marks around her neck.

‘She dropped her keys down the elevator chute,’ she said, explaining how Heard obtained the marks. ‘She had bruises on her neck and a Band-Aid.’

Esparza also claims that Depp wasn’t even in the country when Heard was injured as part of her deposition in his defamation suit against the actress, in which he’s asking for $50 million. 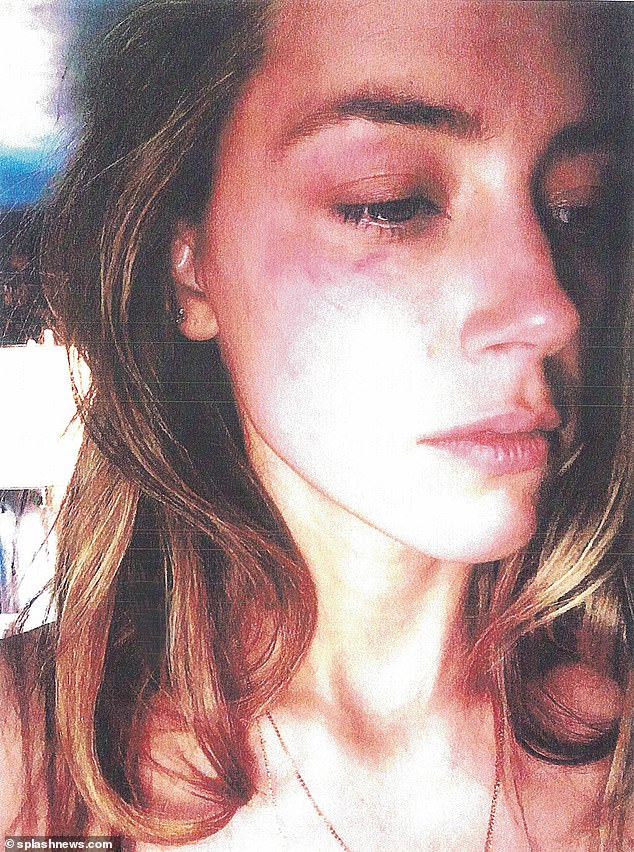 Injured: Trinity Esparza, a concierge for an LA building Depp owned multiple units in, claims Heard had a bruise on her left cheek and two finger marks on her neck, which she claimed was from Depp throwing a phone at her 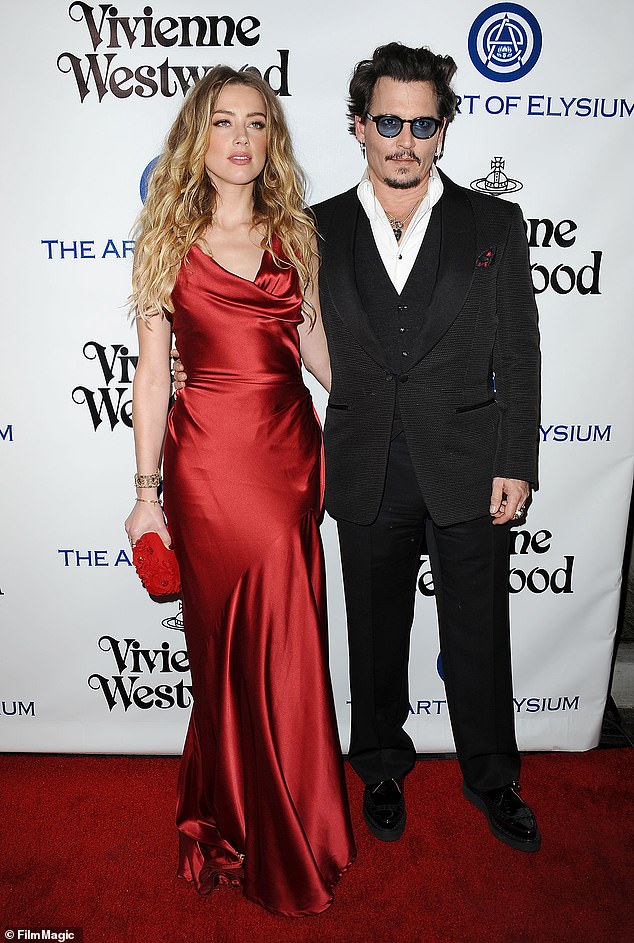 Out of sight: Esparza says Depp wasn’t in the country when Heard was bruised, and she claims Heard got them because she ‘dropped her keys down the elevator chute’; shown in 2016

Depp’s legal team will also use the deposition in his libel suit against News UK in response to The Sun labeling him a ‘wife beater.’

‘It turns out, Amber Heard actually was damaged in June 2016, with finger shaped marks on her throat, bandaged arm and a bruised left eye,’ said Waldman.

‘The one person we know did not do it is Johnny Depp, who had been on tour and out of the country for [two] weeks.’ 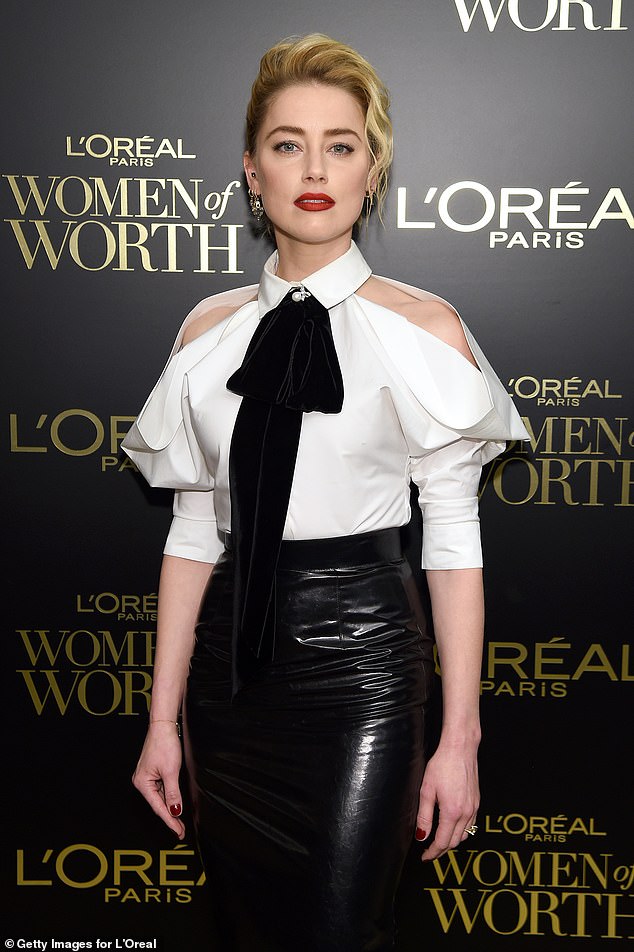 Different sides: Esparza’s claim that Heard’s left cheek was bruised contradicts the actress’ claim that Depp threw the phone at her right cheek; pictured in December 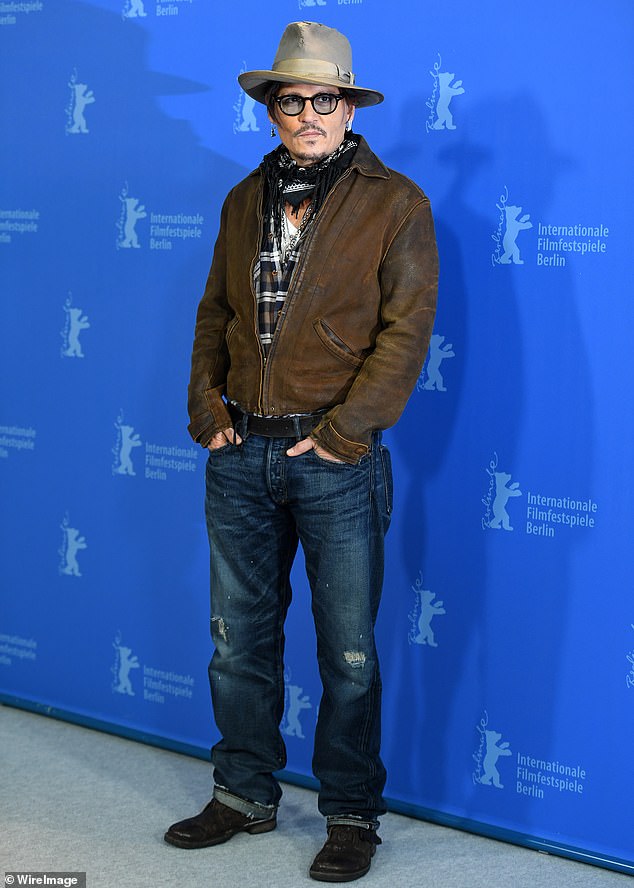 Timeline: ‘It turns out, Amber Heard actually was damaged in June 2016, with finger shaped marks on her throat, bandaged arm and a bruised left eye,’ said Depp’s lawyer Adam Waldman; shown in February in Berlin

Depp is expected to arrive in London on Saturday to begin a two-week quarantine before his libel suit to help prevent the spread of the novel coronavirus.

Depp, who she was married to Heard from 2015 to 2017, is suing her for defamation based on a 2018 Washington Post essay in which she implied he had abused her, though she didn’t use his name.

The Edward Scissorhands star has turned the tables by arguing that Heard was the true abuser, though text messages and recordings suggest both may have been engaged in a mutual campaigns of physical and emotional abuse.

In November 2013, Depp allegedly sent text messages to his friend, Avengers: Endgame actor Paul Bettany, that seemed to admit to abusing alcohol and drugs and behaving abusively toward Heard. 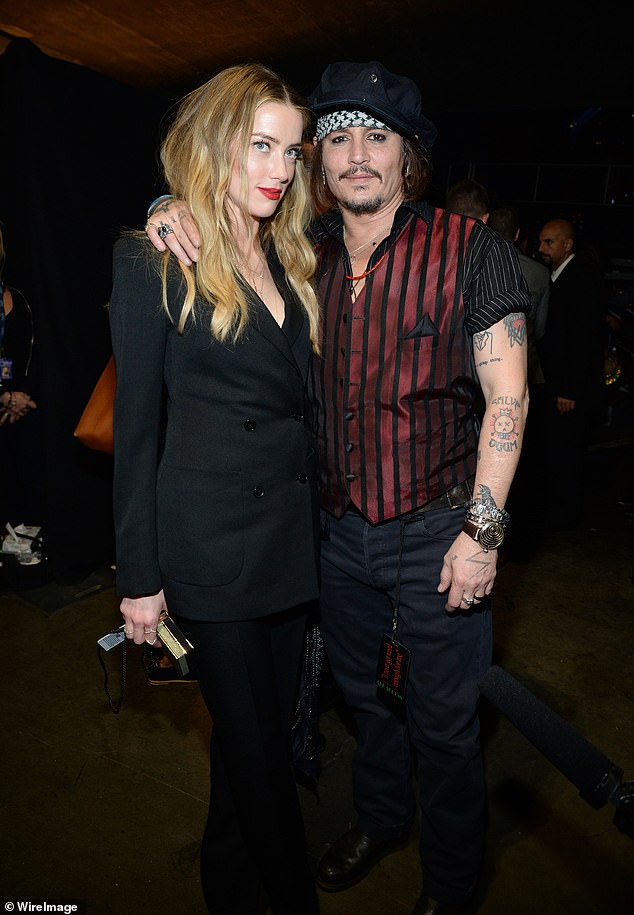 Legal challenge: Depp, who she was married to Heard from 2015 to 2017, is suing her for defamation based on a 2018 Washington Post essay in which she implied he had abused her, though she didn’t use his name; pictured together in February 2016

‘I’m gonna properly stop the booze thing, darling … Drank all night before I picked Amber up to fly to LA, this past Sunday,’ he wrote.

‘Ugly, mate …. No food for days … powders … half a bottle of whiskey, a thousand red bull and vodkas, pills, 2 bottles of Champers on plane and what do you get??? … An angry, aggro Injun in a f***in’ blackout, screaming obscenities and insulting any f*** who got near …I’m done … I am admittedly too f***ed in the head to spray my rage at the one I love … For little reason, as well I’m too old to be that guy. But, pills are fine!!!’

In January, DailyMail.com acquired audio of Heard admitting to hitting her husband and pelting him with pots and pans. A subsequent recording caught her mocking him for claiming to be a domestic violence victim.

The case is expected to begin in August, after it was pushed back from the original February star date after Depp missed the deadline to submit records on his drug and alcohol use. 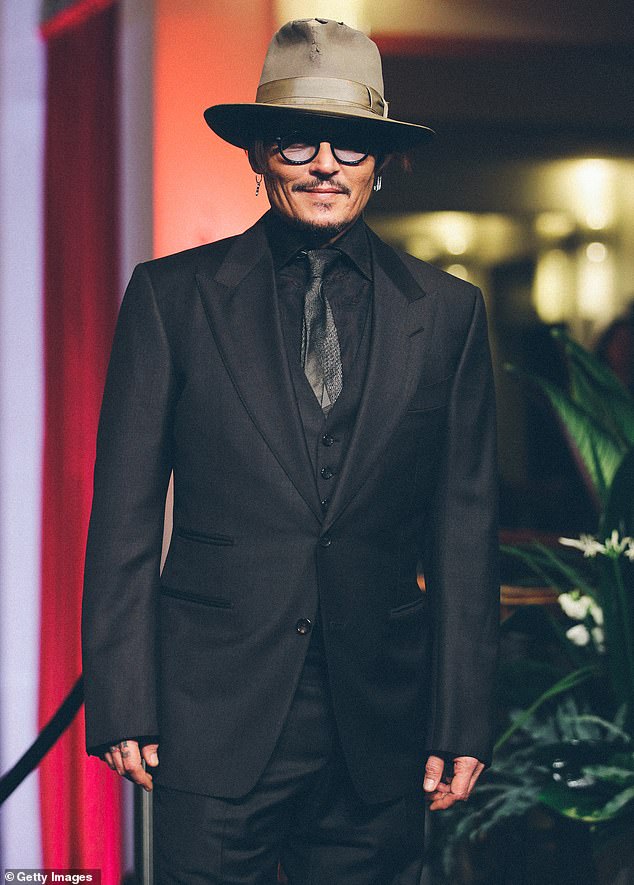 Behind the scenes: In January, DailyMail.com acquired audio of Heard admitting to hitting her husband and pelting him with pots and pans. A subsequent recording caught her mocking him for claiming to be a domestic violence victim; pictured in February in Berlin