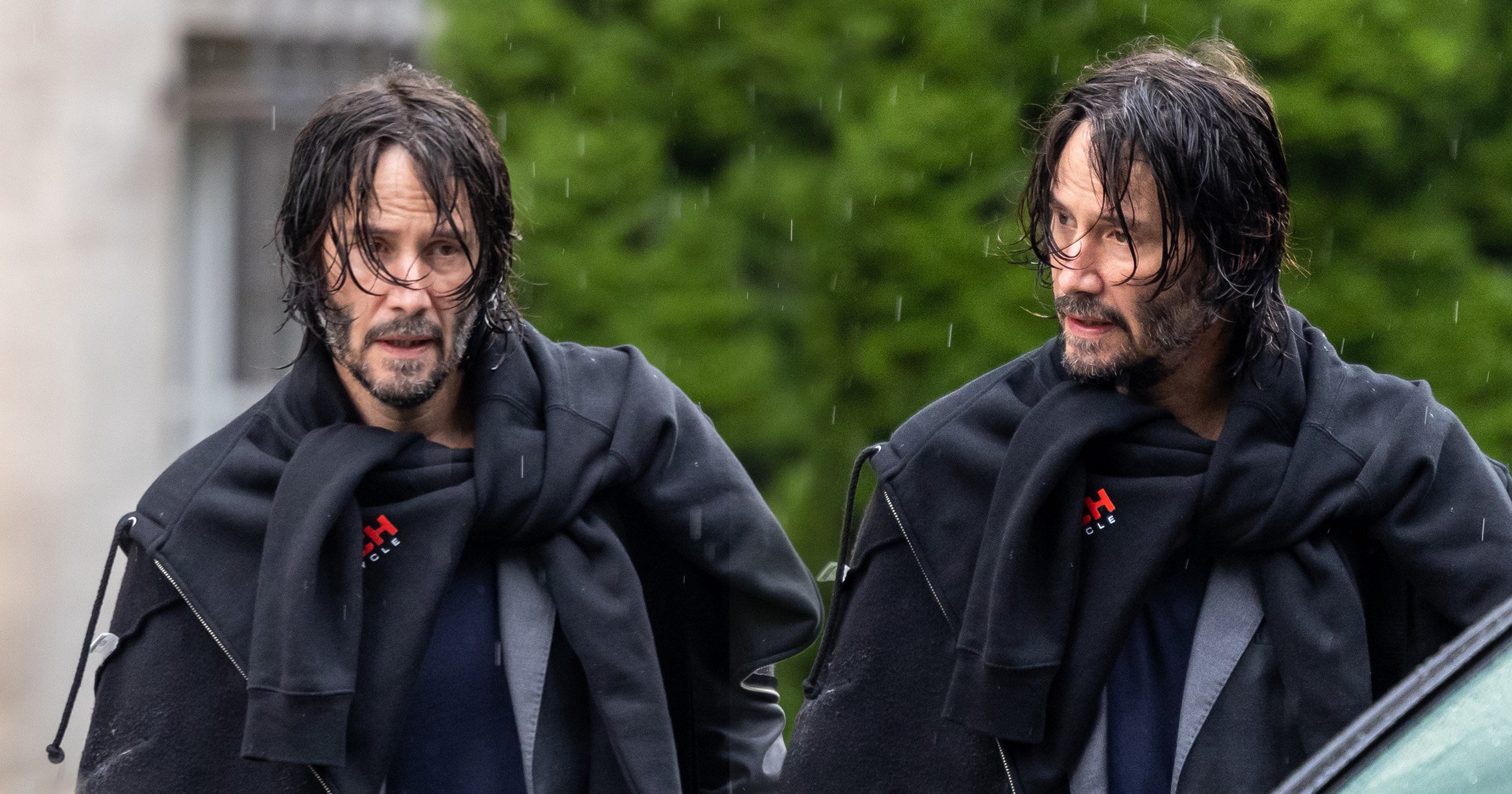 Keanu Reeves has been spotted returning to work on the fourth instalment of the John Wick franchise, getting caught in the rain in the process.

The actor, 56, is in Berlin, Germany, working on the upcoming movie and was spotted heading to his waiting car amid the downpour.

Keanu didn’t seem bothered by the inclement weather as he simply tied a hood around his shoulders to protect the grey suit he had on.

His hair was dripping wet but Keanu still managed to look flawless nonetheless as he got Into the car to leave, pausing to speak to a crew member before he went.

Work on the fourth film in the action-thriller franchise had begun not long after the release of John Wick: Chapter 3 – Parabellum, in May 2019.

The next instalment promises to be the most ambitious yet, with series director Chad Stahelski telling Collider last year: ‘We submitted an idea or thematic [plan] and it was really big.

‘So, we’re talking about doing a little bit more than a [John Wick 4], or something like that, and trying to develop that.’

Chad has also been signed up to produce and potentially direct an adaptation of 1979 novel Shibumi, with Deadline noting that despite the next project being in the works, John Wick will remain his ‘top priority’.

The fourth film, which will be shot on Berlin, Paris, New York and Japan, was originally due for release this year, but production delays due to the ongoing coronavirus pandemic meant it had to be pushed back.

After months of the film industry being shut down, the movie is now set to be release on May 27, 2022 instead.