Heating up? Kendall Jenner and Devin Booker stepped out for dinner together less than a week after the pair fueled romance rumors when they exchanged flirty Instagram messages.

The model, 24, was spotted dining at Nobu in Malibu on Saturday, August 15, with Booker, 23, and her sister Kylie Jenner. Kendall wore a cream mini dress with a white cardigan and nude heels in photos posted by TMZ. The NBA star, for his part, looked casual in a black hoodie, jeans and sneakers.

Earlier this week, the Estée Lauder brand ambassador shared a video via Instagram on Tuesday, August 11, of herself using a filter to change the color of her eyes. Kendall captioned the post with a strawberry emoji to which the Phoenix Suns star commented, “I like strawberries.” The E! personality replied with four more strawberry emojis. 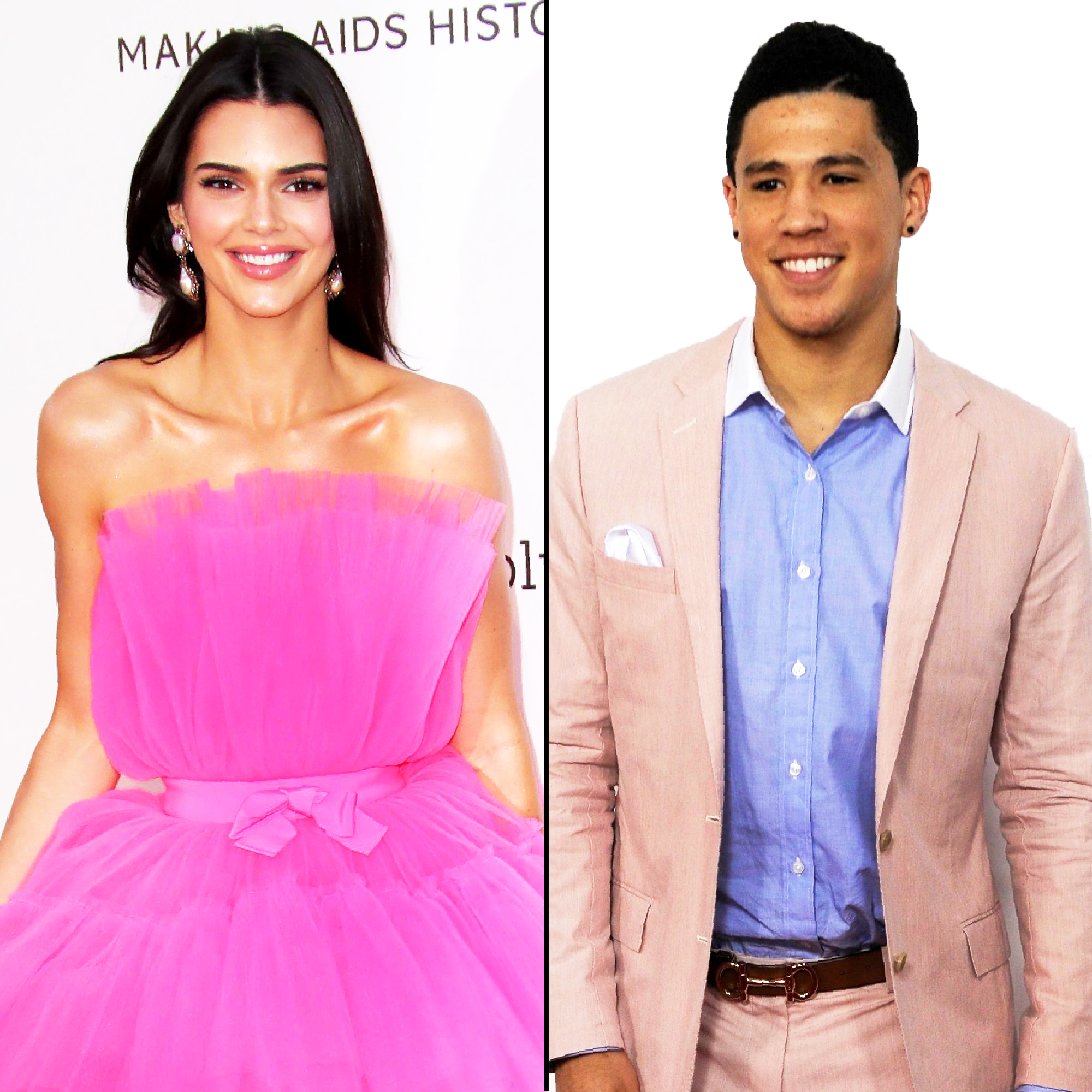 The twosome first sparked dating rumors in April when they were spotted on a road trip to Sedona, Arizona. The Keeping Up With the Kardashians star was seen picking up Booker from the Van Nuys Airport in Los Angeles the following month.

Kendall Jenner Through the Years

A source told Us Weekly in June that Kendall and Booker are keeping their relationship casual.

“They’re hooking up, but they’re not serious,” the insider said at the time. “She’s talking to a couple different guys. She has so many men after her it’s crazy.”

Kendall was previously linked to Ben Simmons. The pair went on a double date with Kylie’s former BFF Jordyn Woods and Booker back in May 2018.

The Kendall + Kylie cofounder was last seen with the 76ers player, 24, in February, but an insider told Us at the time that the pair weren’t putting a label on their relationship.

“They both like having a no-strings-attached type of relationship with each other, for the most part,” the source explained. “They both work and travel frequently and don’t find it very realistic to be in an exclusive relationship with one another. They do really like each other though and love spending time together.”

Kendall addressed her dating history — which also includes NBA player Blake Griffin — in April, when a person tweeted a video of three men tossing a little girl around in a circle.

“Nba players passing around Kendall Jenner,” the user wrote to which Kendall replied, “They act like i’m not in full control of where i throw this cooch.